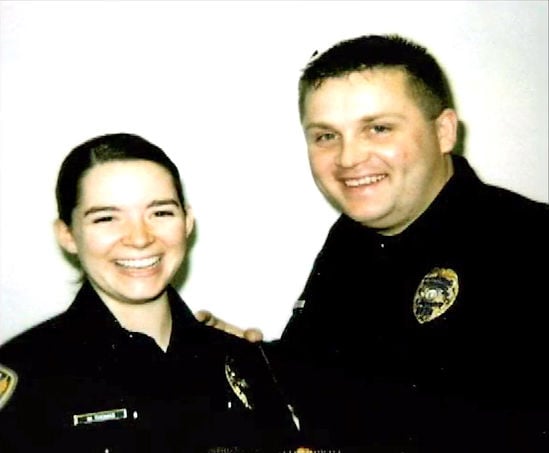 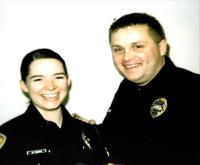 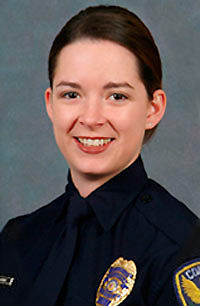 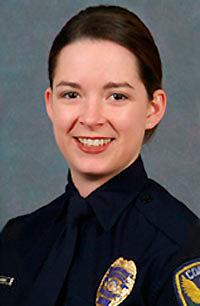 Bryana Larimer is a civilian employee with the Columbia Police Department. She did not have the opportunity to meet fallen Columbia Police Officer Molly Bowden, but she says she is inspired by Molly and will forever be grateful for all Molly gave to this community.

Ambushes on law enforcement officers last year shook the blue line community nationwide. Although they assume an inherent risk for dangerous situations, senseless acts of violence targeting those who wear the badge leaves some questioning the sacrifice. They take an oath to protect and serve the citizens in their community, but who protects them?

Last year, 144 police officers nationwide died in the line of duty, and two were from Missouri. 2016 brought the highest number of officer fatalities on the job in five years. These men and women were more than just law enforcement officers — they were husbands, wives, fathers, mothers, sons and daughters. They left their family for more than 40 hours a week to help, to mentor, to educate and to protect others, all the while their own families were left wondering if the goodbye kiss they gave was going to be their last.

For the families that awoke to that tragic truth, the help from organizations like Concerns of Police Survivors (C.O.P.S.) assists greatly in rebuilding their shattered lives. C.O.P.S. has dedicated their existence to connecting families who have gone through these crises. They provide grief counseling and pay for the families and co-workers to attend National Police Week where their fallen officer is recognized on a national level.

“When one of our brothers or sisters in blue is killed, it’s felt by all of us,” said Lt. Buddy Anliker with the University of Missouri Police Department.

It was after last July’s shooting of Dallas Police officers, which killed five and injured nine, when Lt. Anliker and his wife, Christie, began an effort to support the C.O.P.S. organization. Having been personally affected by the tragic death of 26-year-old Columbia Police Officer Molly Bowden in 2005, Lt. Anliker said he looked to the Missouri Chapter of C.O.P.S. for assistance.

“Molly started out here [at the University of Missouri Police Department]. She touched so many lives and made such a big impact on this community. We were all affected by losing her.”

The Anlikers, who are avid runners, decided to organize a 5K to honor the survivors of Missouri’s law enforcement officers who have died in the line of duty. All proceeds of the event benefit the Missouri C.O.P.S. The name of the race came naturally – Molly’s Miles – honoring Columbia’s own Officer Molly Bowden.

Now, mere days away from the first annual Molly’s Miles 5K, nearly 800 people from across the state have registered to attend. The event will take place this Saturday at the Molly Bowden Memorial Park at 900 W. Nifong Blvd. It will feature a “Memorial Mile” which will include 670 dedicatory flags for the Missouri law enforcement officers who have died in the line of duty through the years.

“It’s going to be beautiful,” Lt. Anliker said. “I never imagined having the amount of support we’ve received for a first year race.”

Maybe that’s the answer to the question — ‘who protects them?’ Every single one of us. Through our support of our law enforcement officers and their families we remind them ‘we have your six’ and you are not alone. We remind them how important they are to us – the citizens – and to the communities they dedicate their lives to. Whether you’re able to join the hundreds at Molly’s Miles 5K, or simply take a moment to thank an officer you see on the street, your support is needed and appreciated.

Online registration for Molly’s Miles 5K will be open until Thursday at 11:59 p.m. Walk-ups will be accepted at packet pick-up on Friday and Saturday morning. Visit MollysMilesRun.com for more information or to register today.

This story is part of a section of the Missourian called From Readers, which is dedicated to your voices and your stories. We hope you'll consider sharing. Here's how. Supervising editor is Matt Dulin.

FROM READERS: Scholarship keeps the legacy of a police officer alive

Each year the Molly S. Thomas Bowden ’02 Memorial Scholarship is awarded to a female student majoring in criminal justice. It is in honor of Molly Bowden, a police officer who died in the line of duty.

Connect with the Missourian

Missourian reporters try to write life stories for every person in our community who dies. We also, however, publish all obituaries we receive, just as we receive them. You’ll find those here.