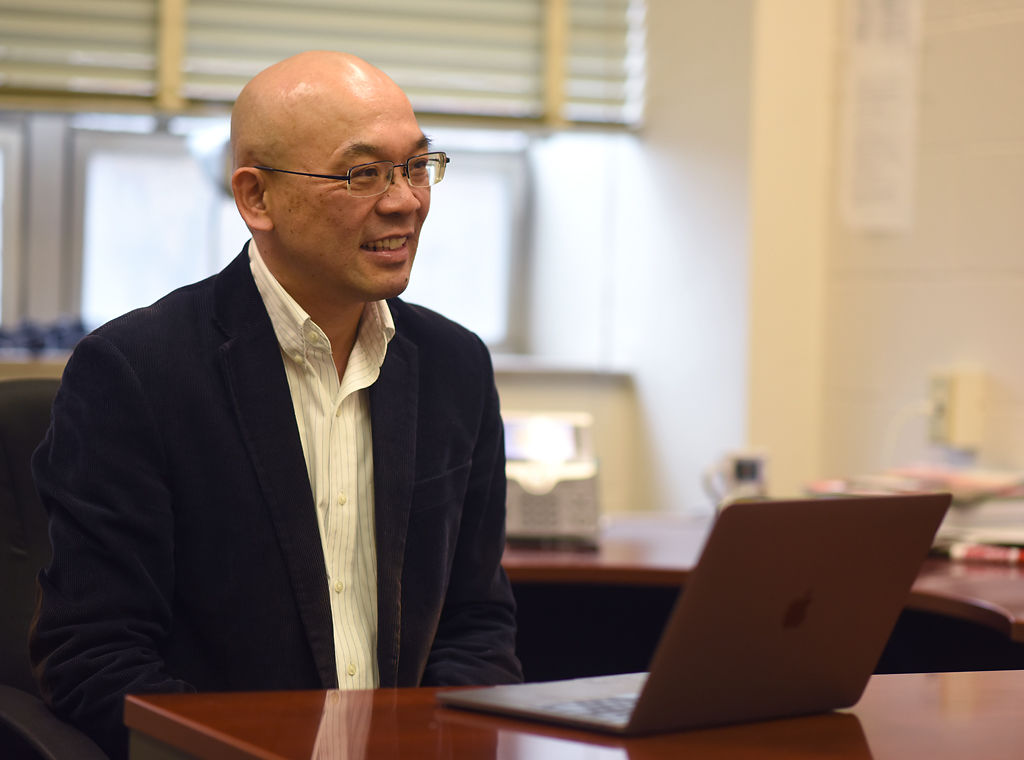 Professor Jianlin Cheng uses artificial intelligence to make 3D models of the proteins in green algae to more efficiently create biofuels. He received a grant in 2019 from the Department of Energy in partnership with Washington University’s Donald Danforth Plant Science Center. 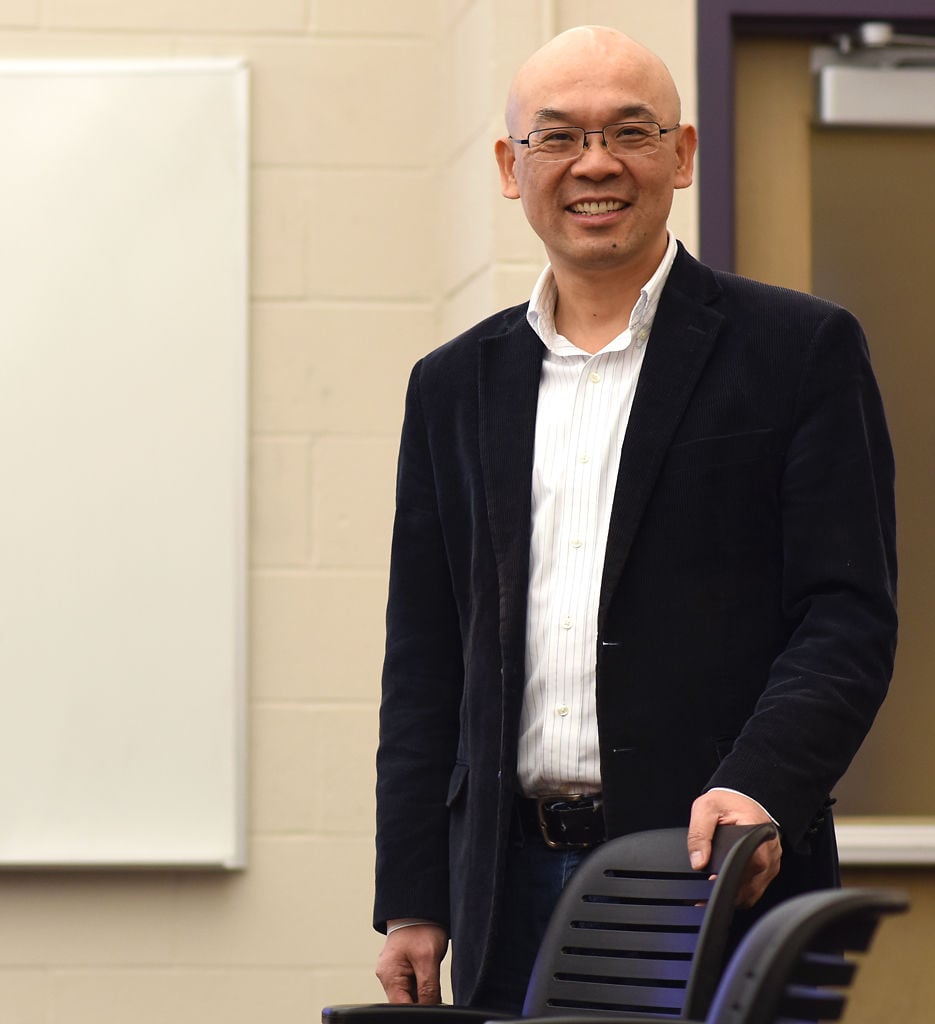 Professor Jianlin Cheng poses for a portrait at a computer lab in MU’s Naka Hall. Cheng’s biofuel proposal was one of 23 picked by the Department of Energy to be funded.

Professor Jianlin Cheng uses artificial intelligence to make 3D models of the proteins in green algae to more efficiently create biofuels. He received a grant in 2019 from the Department of Energy in partnership with Washington University’s Donald Danforth Plant Science Center.

Professor Jianlin Cheng poses for a portrait at a computer lab in MU’s Naka Hall. Cheng’s biofuel proposal was one of 23 picked by the Department of Energy to be funded.

The small aquatic plants that add a layer of scum to ponds and pools have a beneficial side — green algae can convert sunlight into energy and store it in the form of oil.

The plants certainly have a future if that potential can be harnessed. If enough green algae could be produced to cover half the state of Maine, for example, it could supply enough “green oil” to replace all of the petroleum used in the United States right now.

Algae is already being grown experimentally on farms in other states. Large, man-made ponds called raceways are planted with possibility of producing a new crop every few weeks.

According to the U.S. Department of Energy, the United States has the capacity to produce 5 billion gallons of fuel from algae per year by the year 2030, at a cost of $2.50 per gasoline gallon equivalent.

“In order to reach these volumes, algal biomass will need to be produced from large-scale farming operations, similar to agricultural crops,” the DOE Office of Energy Efficiency and Renewable Energy said in a statement.

Cheng, a researcher with the Interdisciplinary Plant Group at MU, uses his computational skills to solve such biological problems. In this case, he wants to figure out how to generate green algae as a biofuel to power cars and replace petroleum in all of its energy-related uses.

Right now, the main barrier between green algae and big energy companies is price, he said.

That is precisely where the professor’s research fits in. As director of Bioinformatic at MU, Cheng is adapting artificial intelligence to map the shapes and amino acids of proteins.

With his findings, bioengineers can work to change the structure of the algae, making it more efficient when producing energy and, therefore, cheaper.

“We have artificial intelligence everywhere,” Cheng said. “You have it in your phone. I’m just taking it and applying it to biology.”

The U.S. Department of Energy has identified green algae as a valid potential source because of its abundance, accessibility and reliability.

“With the right technology and cultivation practices, algae can be particularly well-suited for conversion to energy-dense, high-performance hydrocarbon-based fuels, such as renewable diesel and jet fuels,” according to the DOE statement.

It is not difficult to raise green algae, and if efficient, even small crops can become significant energy producers. Regions in the U.S. that are not at an agricultural or forestry area could benefit from this possible resource.

The DOE has been investing in research that will shed light on what the green algae can bring to the table when it comes to biofuels. Cheng is one of those researchers.

He recently received a grant from the Energy Department to work on his research for at least three more years.

His project “Deep Learning Prediction of Protein Complex Structures” was awarded $167,797 and is the only one of the 23 grant recipients based in Missouri.

Cheng started his research in 2018, but he says he has a long way to go. Still, he understands that his work is crucial and timely.

“We need to start this research way before we actually need it,” he said. “Once we’re out of fossil fuels that’s it. We’re done.”

Neil Fox set out to determine differences in rainfall from one farm to another.

Researchers at MU are using drought simulators to address the drop in plant production and growth from lack of water.