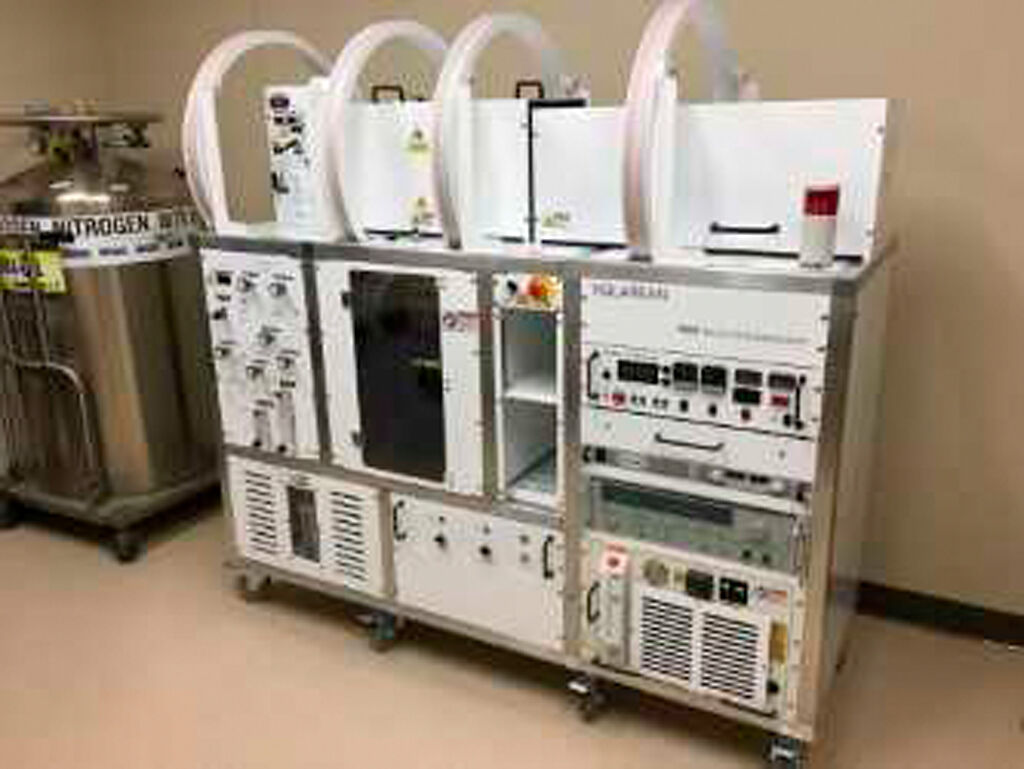 A xenon hyperpolarizer allows asthma patients to breathe xenon gas. The gas in their lungs is imaged under the MRI machine to see if they are responding well to a biologic treatment.

From left: Pictures of the lungs show, first, healthy lungs, lungs with asthma and lungs that have inhaled a bronchodilator (albuterol), illustrating how hypepolarized gas reveals lung ventilation. 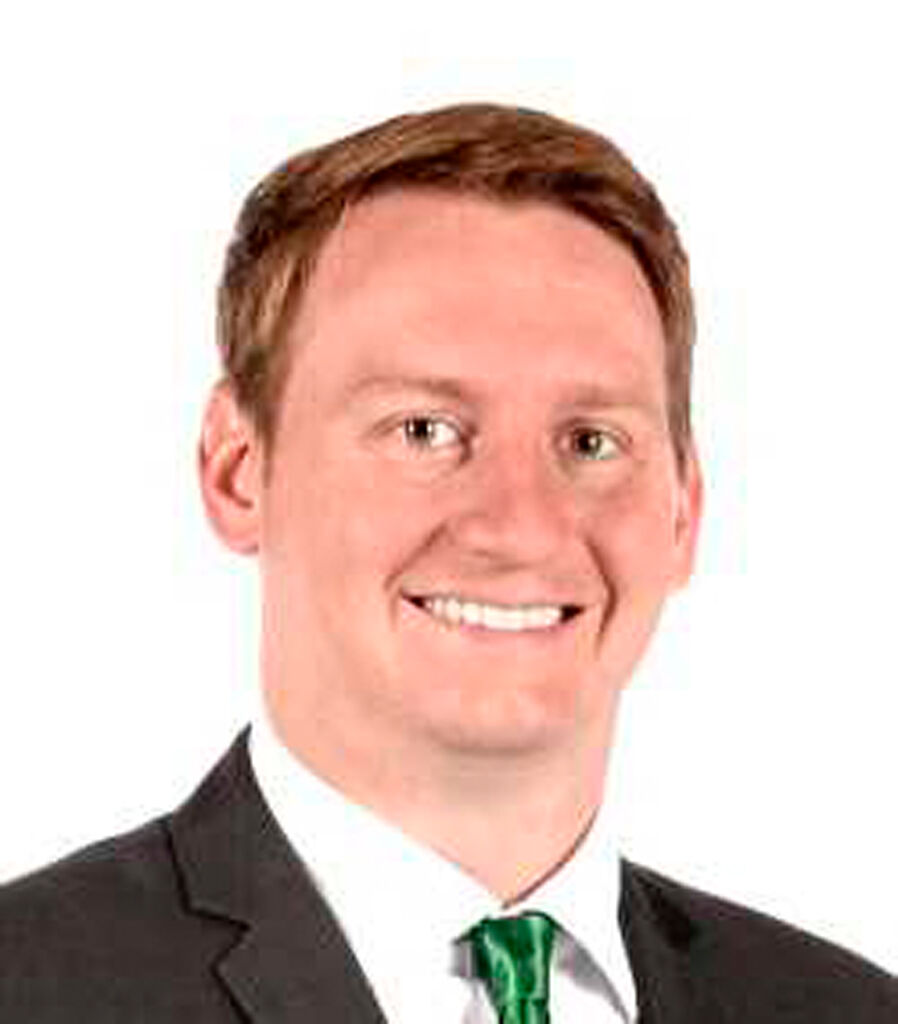 A xenon hyperpolarizer allows asthma patients to breathe xenon gas. The gas in their lungs is imaged under the MRI machine to see if they are responding well to a biologic treatment.

From left: Pictures of the lungs show, first, healthy lungs, lungs with asthma and lungs that have inhaled a bronchodilator (albuterol), illustrating how hypepolarized gas reveals lung ventilation.

Asthma is a common disease among children and adults, but effective treatment remains a mystery for researchers and doctors.

It is well-established that asthma causes airway constriction, thus making it difficult to breathe. For most patients, treatments such as albuterol inhalers, steroid inhalers and oral steroids will combat asthma.

In severe cases, however, that may not be enough.

Dr. Robert Thomen, an assistant professor of both radiology at the MU School of Medicine and bio engineering at the College of Engineering, has received a $2 million grant from the National Institutes of Health to assess the effectiveness of biologics in treating those with severe asthma.

Biologics fall within the framework of precision medicine, meaning treatment is tailored to the individual patient. Generally, when asthma is detected in a clinical setting, Thomen said, the initial treatment is not precise.

He described those early treatments as steps on a ladder. Once patients are diagnosed, they are given a basic medicine to take first, typically an inhaler, and are then monitored to see if the asthma symptoms subside.

“You go up and up until you tried all of these medicines,” Thomen explained. “If they’re not really working, you have either severe or uncontrolled asthma.”

About 5% of overall cases are severe or uncontrolled, he said.

Biologics address these cases by “targeting a specific protein or pathway within the immune response.” This approach requires a physician to take a blood sample or look at a marker within the patient to determine the best medicine.

There are varying biologic treatments on the market, Thomen said, and individual patients respond to them differently.

“The whole message of precision medicine is trying to figure out from the patient what is the best treatment for you individually,” he said. “Not just the treatment that works in the general population, but for your biology — what’s best for you.”

Even though treatment with biologics is more precise, it may not always work. Fewer than 80% of patients respond to biologics treatment, and researchers do not yet know why. Thomen’s grant will fund research to help close the gap.

Since the population that can take biologics treatment is limited, his research will use hyperpolarized gas imaging technology. The study will follow 50 severe asthma patients over the next five years as he uses the technology to detect the effectiveness of treatment.

“Our hypothesis is that by using hyperpolarized MRI, we will be able to essentially predict whether you are likely to respond to a particular biologic or not,” Thomen said. “In five years, we are hoping to say yes it can, or no it can’t, but hopefully it can.”

Those in the study will breathe xenon gas, and the gas in their lungs will be imaged under the MRI machine to see if they are responding well to the biologic treatment, an injection.

Over the course of 12 weeks, the patients will be given a biologic three times, once every four weeks.

Dr. Talissa Altes, a professor and chair of radiology at MU, has been working with hyperpolarized MRI technology for more than 20 years.

Magnetic resonance imaging (MRI) is a technique that uses a magnet stronger than 30,000 times the earth’s magnetic field. The magnet perfectly lines up the spin of your protons in the body, which gives doctors very detailed images of the structures in the body.

“Which is really kind of amazing if you think about it,” Altes said. “It almost sounds like magic.”

“Because we’re imaging the protons and the lung isn’t very dense, it’s mostly air, which is a lot less dense than tissue. It doesn’t give off much MR signal,” Altes said. “With conventional MRI, the lungs just appear very dark and we don’t see much.”

When patients breathe in hyperpolarized xenon gas, doctors can see the gas as it goes through the lungs, which presents more detailed pictures.

Xenon gas is used because it can be polarized, Altes said. It is safe, and patients often feel nothing when they breathe it. Some patients experience transient euphoria after they inhale the gas, which causes them to feel happy or get a warm, tingly sensation.

The machine is currently only in research facilities and still needs FDA approval before it can be used clinically. Altes hopes the machines will be in clinics in a couple of years to promote more personal treatment for asthma patients.

“By letting us see what’s happening in the lungs of people with lung disease, we will finally be able to really understand what’s going on,” Altes said.