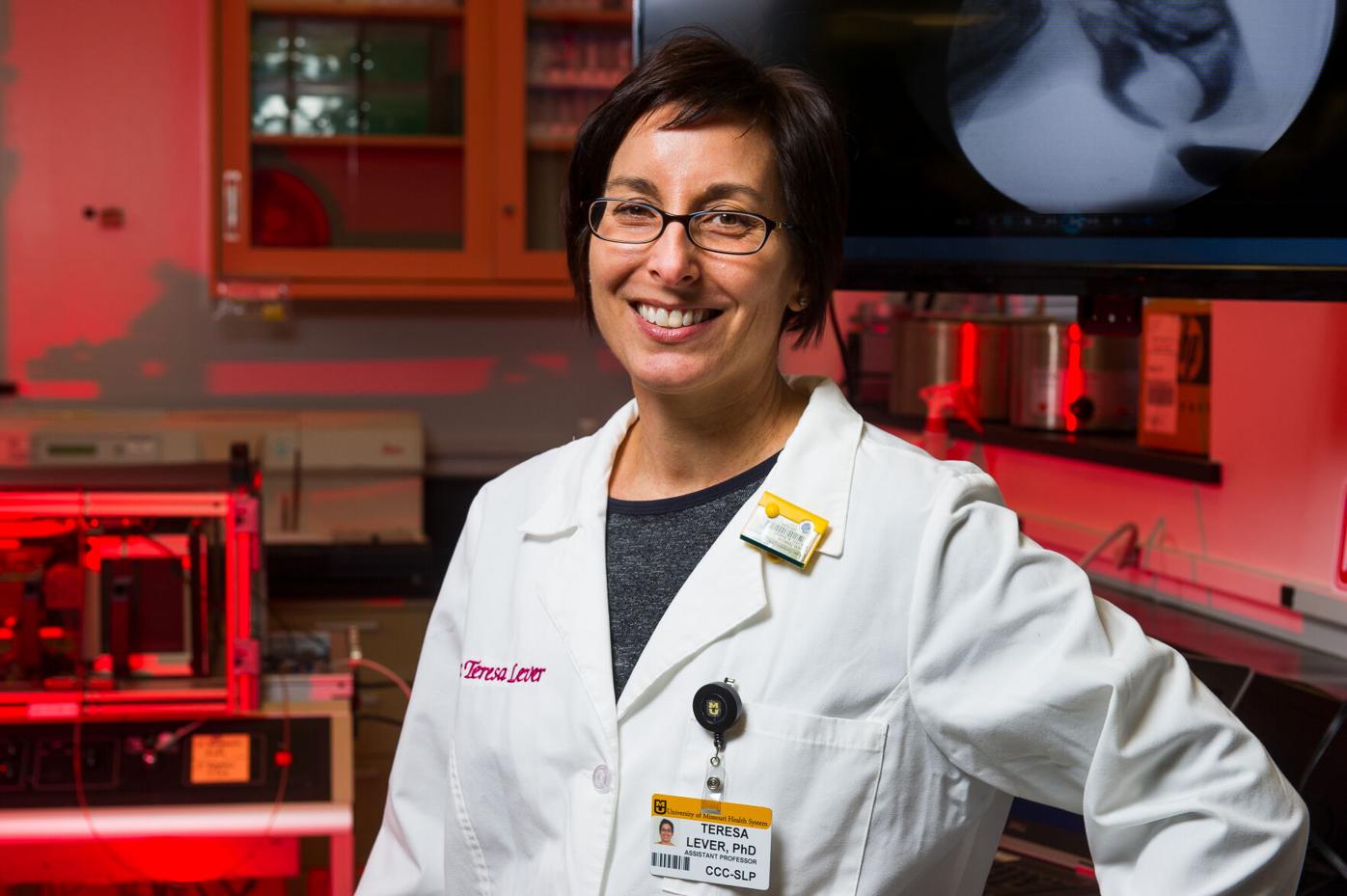 Dr. Teresa Lever is shown in her lab at the Veterinary Sciences Building. 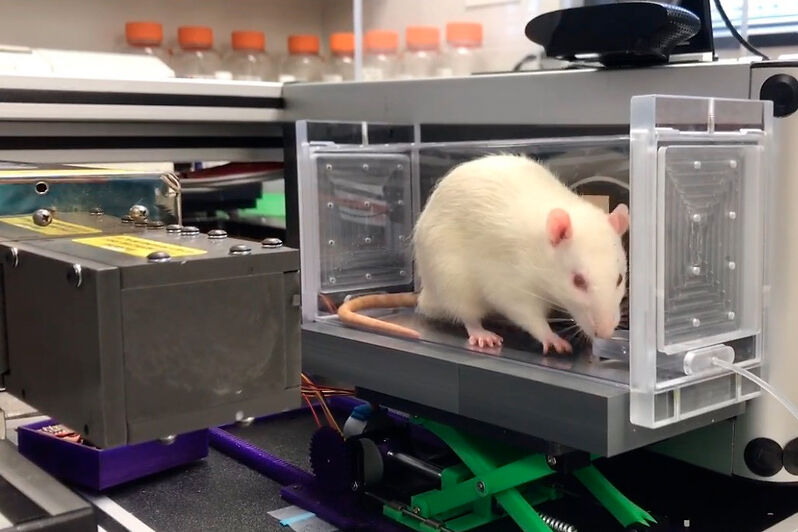 A rat in the custom-made chamber in the videofluroscopy machine to study swallowing function. 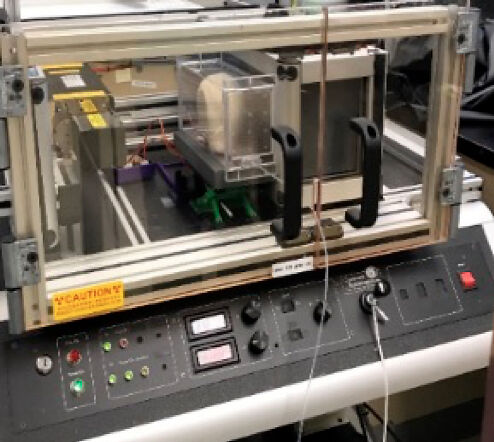 A rat in the lickometer, used to measure tongue force, a necessary response in swallowing and breathing. 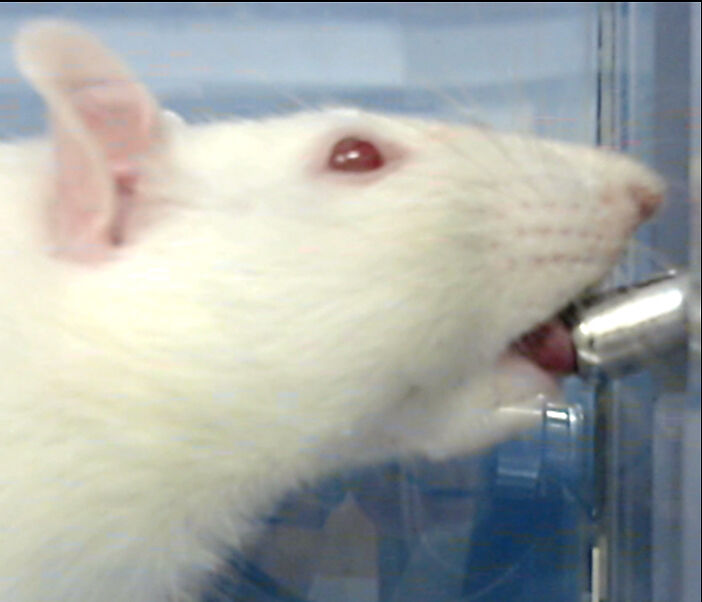 A rat in the lickometer, a device that measures tongue force, which could improve muscle strength in patients with ALS and other neurodegenerative conditions. 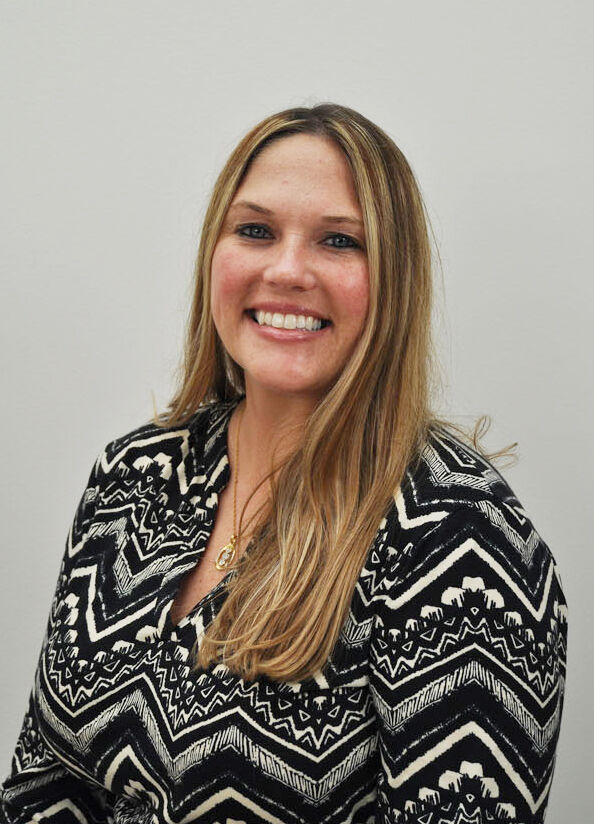 Dr. Nicole Nichols is a professor and researcher with the MU College of Veterinary Medicine.

Dr. Teresa Lever is shown in her lab at the Veterinary Sciences Building.

A rat in the custom-made chamber in the videofluroscopy machine to study swallowing function.

A rat in the lickometer, used to measure tongue force, a necessary response in swallowing and breathing.

A rat in the lickometer, a device that measures tongue force, which could improve muscle strength in patients with ALS and other neurodegenerative conditions.

Dr. Nicole Nichols is a professor and researcher with the MU College of Veterinary Medicine.

Anna Zelinske can share a story about a patient she met through the ALS Association’s St. Louis Regional Chapter.

The man was in his 40s when he began having weakness in his hands. His mother had experienced similar symptoms, so he knew what was happening to him.

“Ten percent of people who are diagnosed with ALS have a familial ALS type, which means it is genetic and is passed on through the family,” said Zelinske, director of programs and services for patient care for the ALS Association office in St. Louis.

The man and his wife have four young sons ranging in age from middle school through college. Zelinske and the association were able to help them modify their home once the man started to use a wheelchair.

They were also able to provide materials to the sons so they could understand the disease, which as yet has no known cure.

ALS, or amyotrophic lateral sclerosis, is a progressive neurodegenerative disease that affects nerve cells in the brain and spinal cord.

Patients with ALS see their muscles weaken as neurons degenerate and die. The brain stops sending messages to control muscle movement, and patients have an increasingly difficult time walking, talking, eating and breathing.

To improve the quality of life for people with ALS, two MU researchers have been awarded a $1.9 million grant from the National Institutes of Health to study strategies that preserve the function and coordination of swallowing and breathing longer.

The grant was awarded to Teresa Lever, associate professor of otolaryngology at the MU School of Medicine, and Nicole Nichols, assistant professor in the Department of Biomedical Sciences at the MU College of Veterinary Medicine and investigator at the MU Dalton Cardiovascular Research Center.

“People who have diseases like ALS or neurodegenerative diseases have to constantly think about breathing and swallowing because they’re not automatic anymore,” Nichols said.

When trying to breathe and swallow, the weakened muscles don’t respond properly, which can cause liquid or food to channel into an airway, she said.

“From my clinical perspective, it was frustrating working with these patients because we don’t have an individualized medicine for these upper airway deficits,” Lever said. “We don’t know what to do to slow the symptoms or halt the symptoms.”

The tongue is a key player in breathing and swallowing. The two researchers have developed a device called a force lickometer that acts as resistance to improve the tongue muscle strength needed to move food down the correct passageway to the stomach.

“Think of the tongue as a pinball machine where it has to hit the ball just right to make that food and liquid get down,” Lever said.

When the tongue loses strength and movement, it can cause food to go into the lungs, which can lead to an infection called aspiration pneumonia. It can also block the throat and obstruct breathing.

Lever and Nichols became determined to figure out a way to strengthen the tongue and move food into the right path.

The goal is “to show that early intervention in ALS can have a beneficial effect on functional outcomes and to identify what causes this beneficial treatment effect within the brain, nerves and muscles essential for swallowing and breathing,” Nichols said.

The two started with an idea that came from watching the resistance exercises that patients use to help sustain the strength and function of muscles.

They adapted the idea into tests on rodents in order to to understand the effect exercise would have on dying neurons controlling the muscles crucial to swallowing.

They chose to test the force lickometer on rodents because they can study a number of animals in a short period of time, Nichols explained. Otherwise, it can take years to test the same number of human patients with ALS.

Most of the testing occurs at night when the rodents are most active and will drink the most on their own.

During testing, a home water bottle is replaced with a bottle that has a force requirement. The animals must push the bottle opening with a certain force to receive water.

The lickometer measures how hard the rodent pushes during an average day of drinking. From there, the animals are given a set pressure, based on their age, that is a percentage greater than the previous force being tested. Changing the grams of force acts as a resistance exercise for the rodents.

“Say they push at 20 grams force to get water from the spout. We would then give them 30 grams force as the exercise, which is 50% higher than their “natural” licking force,” Lever explained.

“We can’t do 100% greater because then they push and can’t get anything, so they stop pushing. That means they aren’t exercising their tongue either.”

If the data from the trials proves to be safe and effective with a beneficial outcome, they will begin a clinical research trial with human ALS patients that would be a collaboration with neurology and otorhinolaryngology departments at University Hospital.

“In clinical practice, we don’t typically do exercise for all the muscles of the mouth as a routine standard of care,” Lever said. “So if we show that is effective, then it’s a rationale for bringing this as an exercise trial for human ALS patients.”