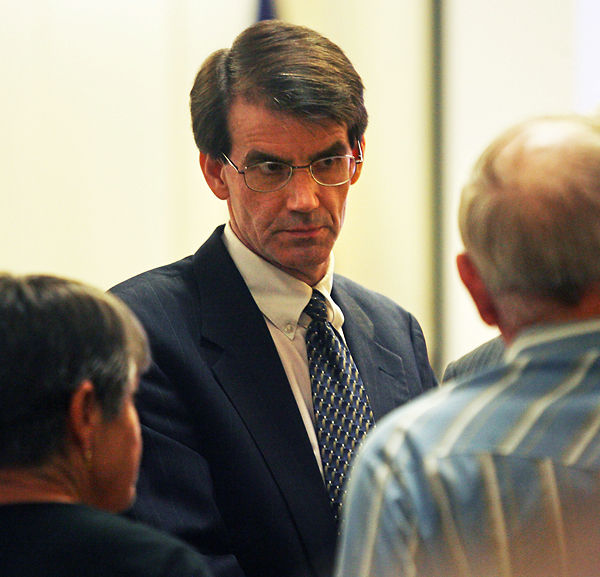 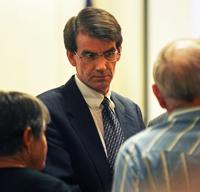 James “Kraig” Kahler was convicted of capital murder in 2011. 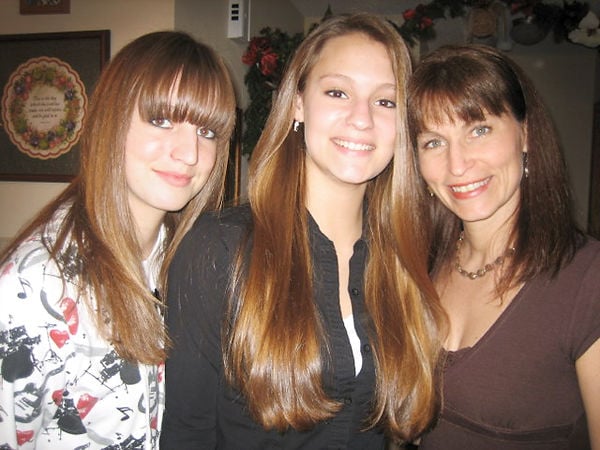 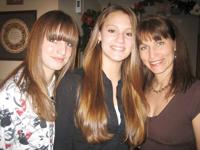 James “Kraig” Kahler was convicted of capital murder in 2011.

The U.S. Supreme Court will hear arguments Monday in the appeal of James Kraig Kahler, who was found guilty by a Kansas jury for the murders of his two daughters, his wife and his wife’s grandmother on Thanksgiving weekend 2009.

Kahler was sentenced to death for the quadruple homicide in 2011.

Kahler and his wife, Karen Kahler, were estranged and in the process of getting a divorce when he gunned her down in her grandmother’s Burlingame, Kansas, home along with his two teenage daughters, Emily and Lauren, and his wife’s grandmother, Dorothy Wight, 89. He allowed his 10-year-old son, Sean, to escape.

Kahler had resigned after serving as Columbia’s Water & Light director for only 14 months. He had been charged with third-degree domestic assault, and his wife had filed for an order of protection against him.

Then-City Manager Bill Watkins asked for Kahler’s resignation because of family issues that he believed were affecting Kahler’s work.

His son testified at his father’s trial in 2011 that he saw him shoot his mother and heard more gunshots before he ran from the home and hid at a neighbor’s house.

According to Kansas law, Kahler’s attorney couldn’t argue in his client’s defense that he was insane at the time of the crime.

The Kansas law in question, which was changed in 1995, eliminated the insanity defense. The law that replaced it allows defendants to argue that, because of mental illness, they could not have intended to commit the crime. At the same time, the law states clearly that mental illness “is not otherwise a defense.”

The issue before the Supreme Court is whether the Constitution allows a state to abolish the insanity defense.

In its brief, Kahler’s legal team points to a long-standing history that has established that a mentally ill person who commits a crime without understanding or knowing that his actions are wrong is not morally responsible for those actions. By that logic, the person should not be held criminally responsible.

The core of his team’s argument is that the Kansas law doesn’t distinguish between defendants who are insane and those who can differentiate right from wrong. The only question asked is whether the defendant intended to commit the crime.

Kahler’s team asserts that removing the insanity defense violated his 14th and Eighth Amendment rights, “by convicting and punishing people who are not blameworthy, cannot be deterred, and require incapacitation and rehabilitation that the criminal justice system cannot provide,” according to the brief provided by his legal team.

The legal team uses the hypothetical example of a man who commits a murder because he believes demons are compelling him to do so. While people may conclude that the man is insane, under Kansas law he would be culpable because he intended to kill.

The Kansas Supreme Court, which struck down Kahler’s appeal in February 2018, asserted that the legal argument made by the attorneys representing Kahler regarding the constitutionality of the Kansas statute that abolished the insanity defense wasn’t strong enough to merit reconsideration of the sentence.

Kansas argues that the law does not abolish the insanity defense but rather “redefines” it. Its argument is that mental illness can still be considered by a jury when it’s trying to determine whether a defendant truly intended to commit a crime.

In Kahler’s case, the state also argues that insanity shouldn’t come into question because even the expert the defense called concluded that Kahler was sane at the time of the murders. The expert also couldn’t present any evidence that demonstrated Kahler’s inability to determine right from wrong, though he did testify that Kahler was not in control of his actions when he killed nearly his entire family.

The American Psychological Association and the American Psychiatric Association filed a “friend of the court” brief, arguing that the “constitutional due process rights are infringed by not allowing mentally ill defendants to present a traditional insanity defense.”

Kahler, who was employed by the city of Columbia, killed his wife, two daughters and his wife’s grandmother in a Burlingame, Kansas, shooting in 2009.

Summer vacations and outings will look different this year, but check out some unique spots around Missouri for a staycation or in the future. Read the stories.