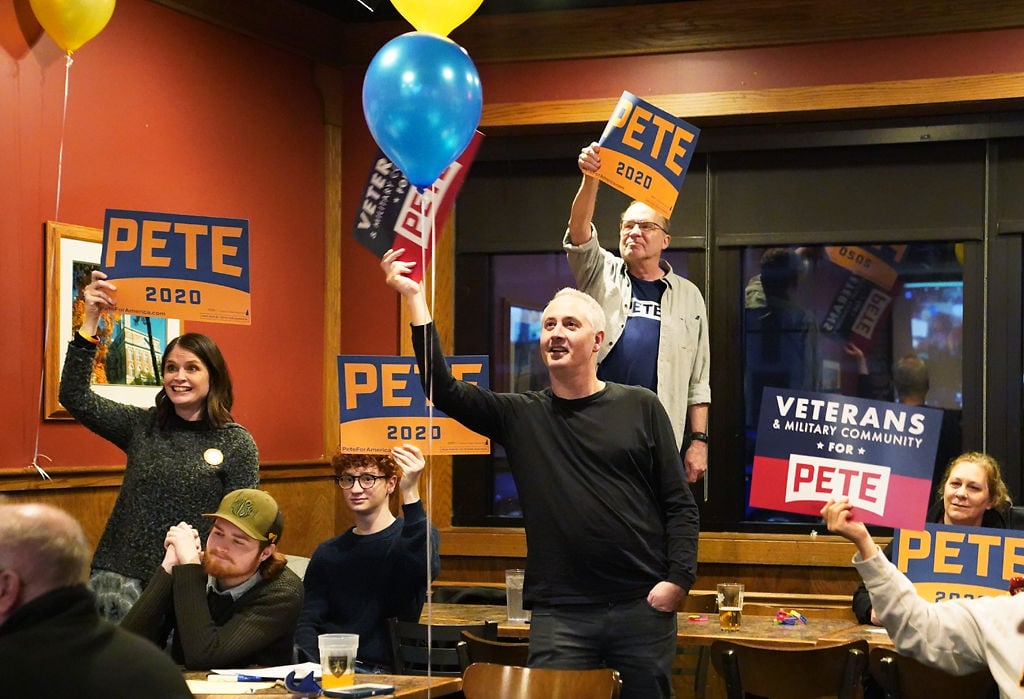 Supporters of Pete Buttigieg hold up campaign signs during their call with other remote watch parties for the candidate Tuesday at the Heidelberg. The rally ended at 6:25 p.m., before the start of the watch party for the Democratic presidential primary debate. 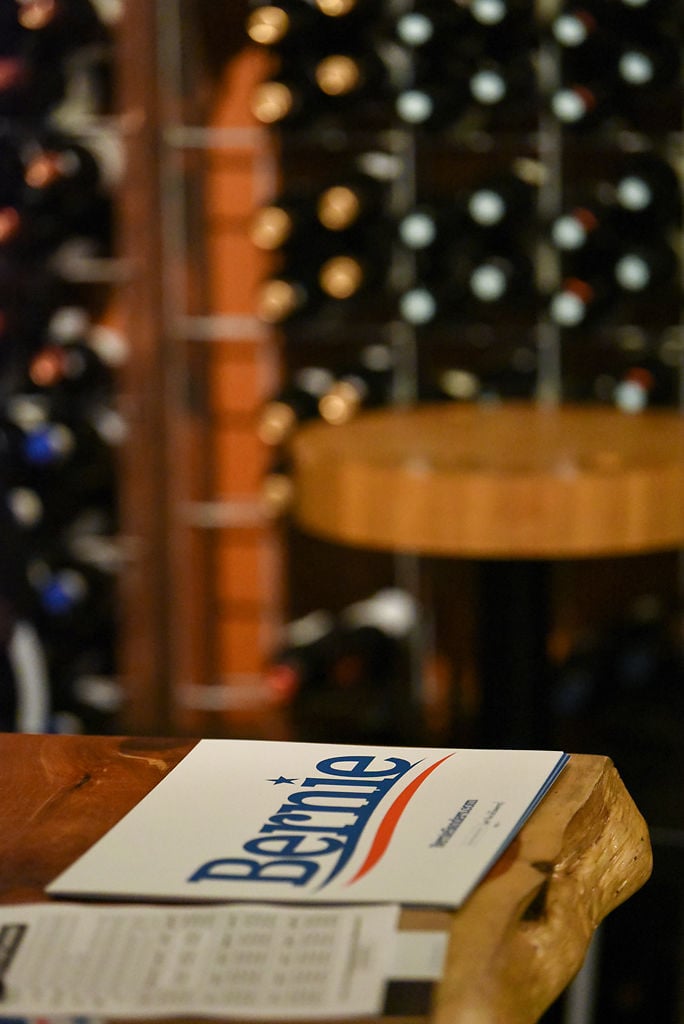 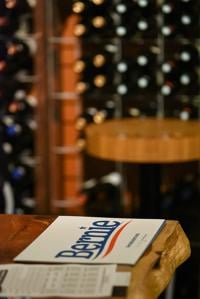 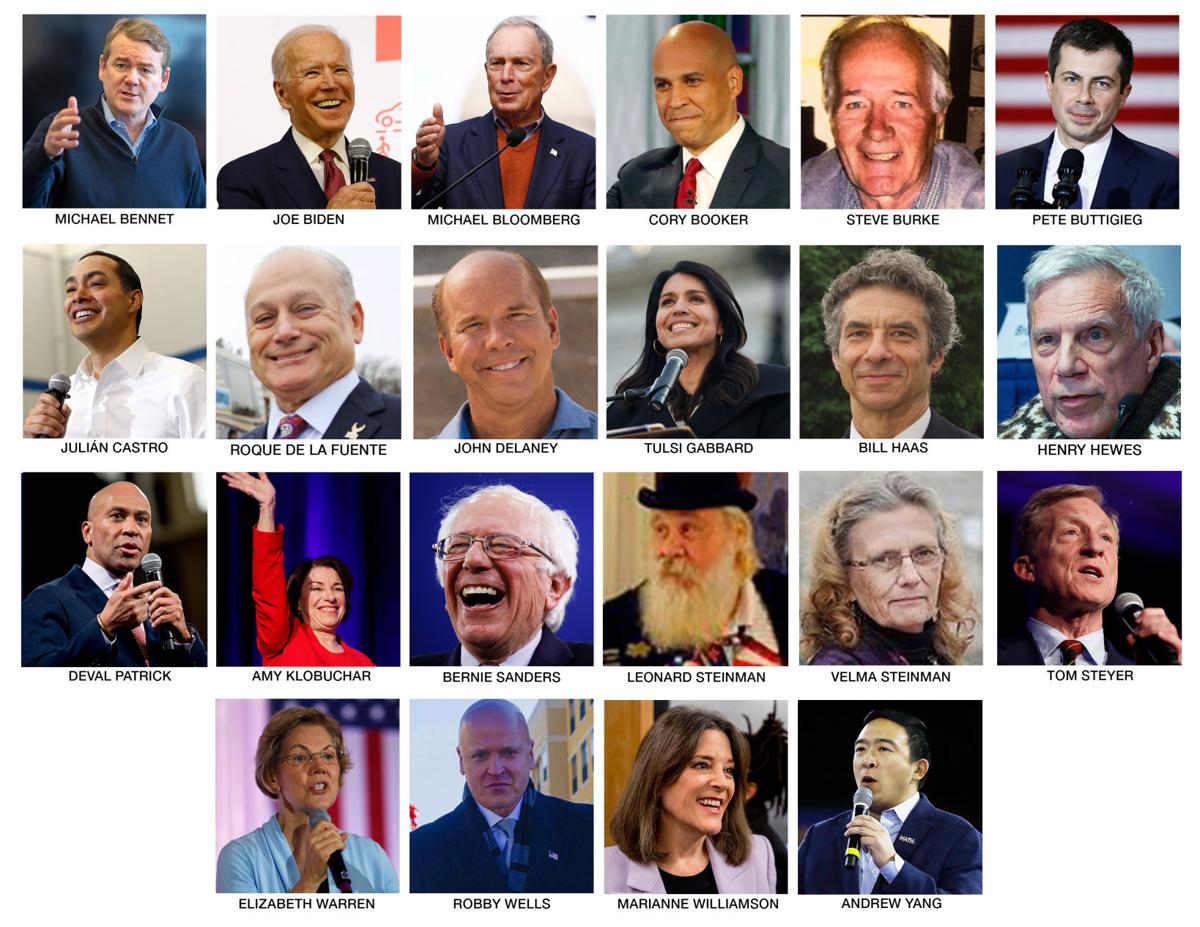 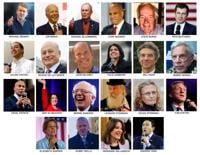 Twenty-two people from across the U.S. will appear on the Missouri ballot during the presidential Democratic primary March 10.

Supporters of Pete Buttigieg hold up campaign signs during their call with other remote watch parties for the candidate Tuesday at the Heidelberg. The rally ended at 6:25 p.m., before the start of the watch party for the Democratic presidential primary debate.

Twenty-two people from across the U.S. will appear on the Missouri ballot during the presidential Democratic primary March 10.

This is the first in a series of reports on the March 10 presidential preference primary in Missouri. On Sunday, the Missourian will offer thumbnail sketches on each of the 22 Democratic candidates who appear on primary ballots. And on Tuesday, the candidates from each of the other parties will be featured.

Missouri voters will join those in five other states in casting ballots for the presidential candidates of their choice March 10. The primary, however, is the first step in determining which candidates will win the state’s delegates and exactly who will represent their parties at national conventions scheduled for later this year.

In Missouri, a total of 33 candidates across five parties — Democrat, Republican, Libertarian, Green and Constitution — will appear on primary ballots. Missouri is an open primary state, which means voters don’t have to register with a certain party before the primary. They just show up to the polls and ask for the ballot of the party in whose primary they want to vote. That means someone who normally might vote Republican is free to ask for a Democratic ballot, or vice versa.

Here’s a look at how the two major parties determine their delegates.

There’s still a long way to go after Democratic voters cast their primary ballots. The votes cast by citizens determine in large part how many delegates each candidate will have voting for them at the Democratic National Convention in July.

Missouri is allotted 78 delegates this year. Of those, 68 are pledged, meaning their votes are bound by the primary results, and 10 are unpledged. Delegates in Missouri are selected through a system of primaries and caucuses at city, county, congressional district and state levels.

Voters who choose Democratic ballots will see the names of 22 candidates. Of these 22, seven have officially dropped out: Cory Booker, Andrew Yang, John K. Delaney, Julián Castro, Deval Patrick, Marianne Williamson and Michael Bennet. Although people can still vote for them, they are no longer eligible to receive delegates.

The final numbers in each county determine how many delegates each candidate will receive. If a candidate gets less than 15% of the overall vote, they are ineligible to earn delegates.

The process for appointing pledged delegates is basically an election within an election. Potential delegates run in caucuses at district and state levels to be selected to attend the Democratic National Convention, where they will elect a nominee based on the state’s primary results.

To become a delegate, a person has to be selected first at a mass meeting held at the county, ward, township or legislative district level April 6. Lyra Noce, Boone County Democratic Party chairperson, said anyone can participate as long as they are at least 18, voted in the primary and filled out the application.

The delegates selected at the mass meetings will go to congressional district-level caucuses April 30. Boone County is part of the 4th Congressional District, which is allotted five of the 44 district-level delegates, according to the 2020 Missouri Delegate Selection Plan.

At the state level, two other types of pledged delegates are selected: party leaders and elected officials, also called PLEOs, and at-large delegates.

The state party first selects PLEOs on May 9. There are nine available PLEO slots, which are divided based on the results of the primary and given to selected city officials and state party leaders who have stated their presidential preference.

Automatic delegates make up the unpledged votes. These 10 spots are reserved for Democratic National Party members who live in Missouri, as well as former and current federal-level Democratic elected officials.

Altogether, 78 delegates will be sent to the Democratic National Convention, where they will help choose the party’s presidential nominee.

Primaries are the way 46 states select candidates. However, not all of them use the same hybrid system of primaries and caucuses that Missouri does. Storey said Missouri’s method could have something to do with its history of holding both caucuses and primaries; this gave the state a way to meld the two together. 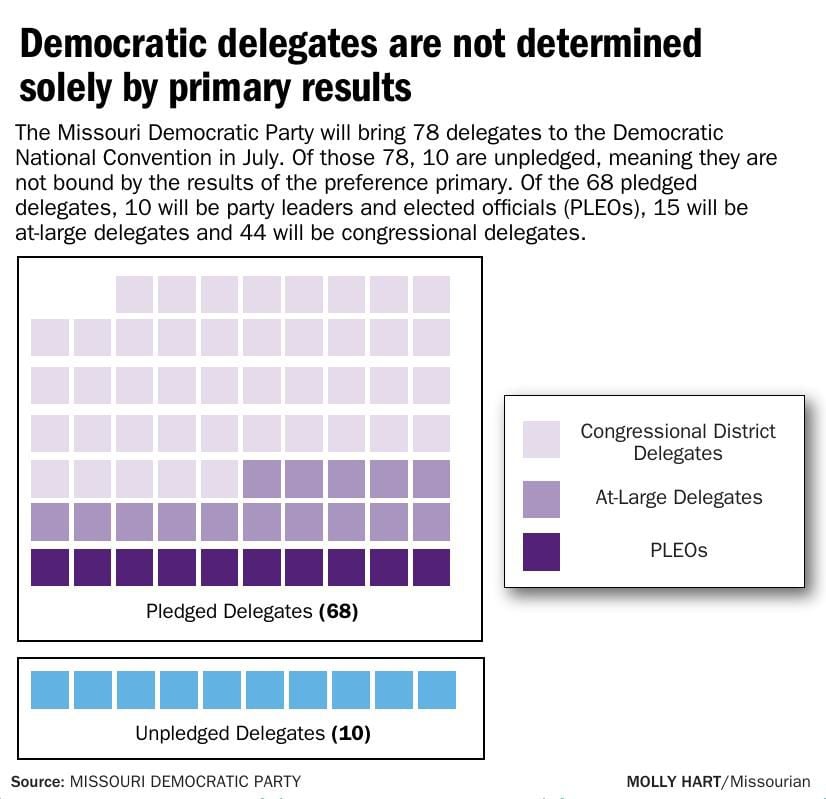 “It has worked this way for a while in Missouri, and with parties changing staff, we don’t know exactly why this is done the way it is,” Storey said. “My thoughts on it are, because Missouri has switched back and forth between caucusing and primary throughout the state’s history, that this was kind of a reaction to the changes back then.”

Noce said using a primary instead of caucuses makes voting more accessible, while the delegate selection process allows citizens to get move involved.

“We do believe that having a presidential preference primary organized by our election officials really increases participation and opens that ability for our constituents to have their voice heard,” Noce said. “So we don’t want to move to a system that disenfranchises people. That opens it up to more people and you get more people involved in the process.”

Just whom the Democrats will lean toward in the primary remains a mystery. MU political science professor Peverill Squire said because Missouri lacks a statewide survey system, it’s difficult to know what’s on people’s minds. Plus, voters themselves may not even know yet.

“Missouri voters probably won’t start paying close attention until after Super Tuesday,” he said, referring to the 14 states that will have primaries and caucuses Tuesday. “We’ll have a brief flurry of activity here as the candidates run ads, and some of them may come through the state, and at that point we’ll get a better sense.”

Candidate Michael Bloomberg might have an edge based on the number of ads he has already been running compared with other candidates, Squire said.

“Given that he’s been on the airwaves and the others haven’t, I would imagine Bloomberg is probably near the top, if not at the top,” he said. “We’ll see if the other organizations that survived to that point can scramble and get to the voters and make their case.”

The Democratic National Convention is scheduled for July 13-16 in Milwaukee.

The primary and caucus process for Republicans is a bit easier to navigate, particularly in a year with a strong Republican incumbent. In Missouri, any Republican candidate who gets more than 50% of the overall vote takes all the state’s delegates. President Donald Trump is nearly certain to meet that threshold.

In the unlikely event that Trump were to fail, the winner in each of the state’s eight congressional districts would receive its allotment of delegates, along with a share of the at-large delegates. The remaining at-large delegates and those from the Republican National Committee would pledge their support to the highest overall vote-getter.

Although five Republicans appear on the Missouri primary ballot, only two — Trump and former Massachusetts Gov. William Weld — were still seeking the GOP nomination as of Feb. 7, according to The New York Times.

“I expect 95% of the vote to be for Trump because it is very hard to take on an incumbent president,” Mike Zweifel, chair of the Boone County Republican Central Committee, said. “He has the power of the presidency behind him.”

Just as with the Democratic Party, the Republican primary is only the beginning of a longer caucus process that will determine who will represent the party at congressional district, state and national conventions.

Any self-declared Republican who is registered to vote in Missouri can participate in the caucuses, according to the Missouri Republican Party’s website. Each of the 114 counties in Missouri and the city of St. Louis will hold local caucuses to elect delegates to the congressional district and state conventions.

Boone County will receive 37 state delegates for the 2020 election.

“Caucuses are how delegates are selected and we get 37 this year because every delegate represents 1,000 votes,” Zweifel said. “In 2016, 36,200 voted for Donald Trump in Boone County, and the party rounded up.”

Delegates elected in local caucuses will choose which of them will attend the Republican National Convention, according to the delegate election guide on the party’s website.

Missouri is allotted 54 national-level delegates for 2020: 24 will be elected at congressional district conventions, and 27 will be chosen at the state convention June 20 in St. Charles. Three are automatic delegates, Zweifel said.

The Boone County Republican Caucus will begin at 9 a.m. April 4 at Stoney Creek Hotel and Conference Center in Columbia. The GOP’s national convention is scheduled for Aug. 24-27 in Charlotte, North Carolina.

How well do you know the Republican and third-party candidates? Take our quiz to find out

Read about the Republican and third-party candidates and then take this quiz to test your knowledge.

Who moves Columbia forward?
Nominate a community member for the Missourian's Progress Awards

Help us find the unsung heroes of Columbia. There's a category for everyone in our community.