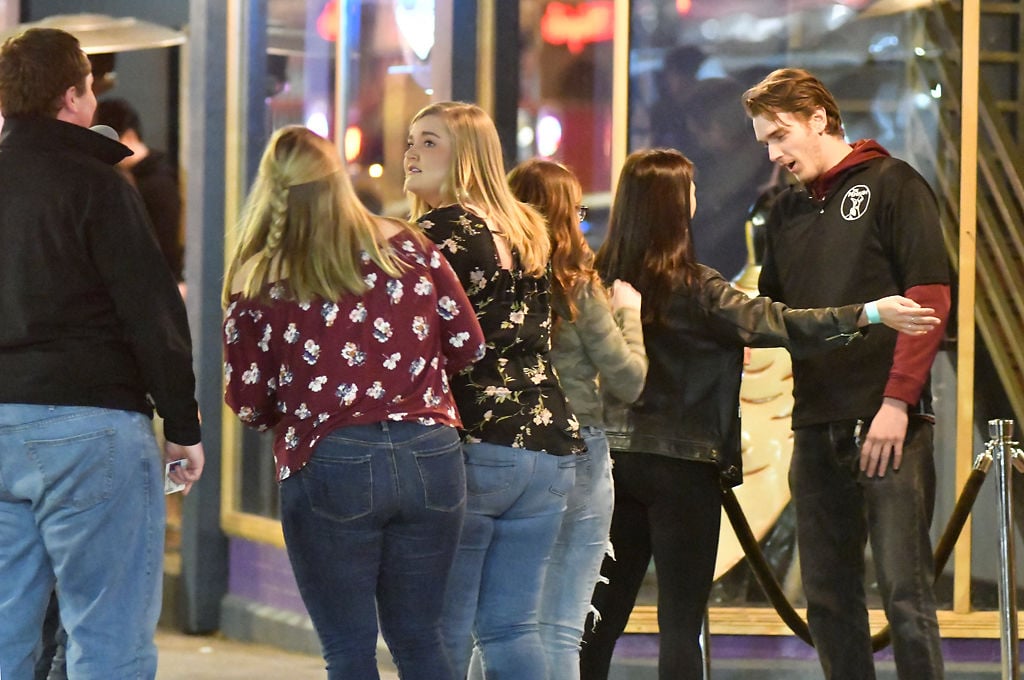 Students line up Thursday night outside the Penguin Piano Bar on Broadway. With classes canceled for the rest of the week, students went out to celebrate. 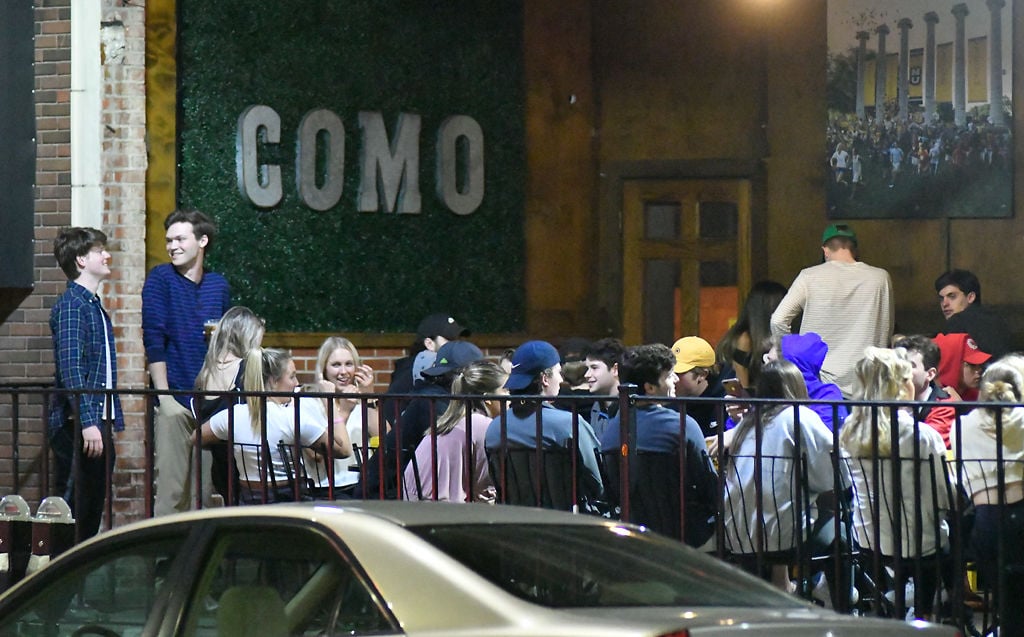 Students crowd Thursday night in the outside seating area of The FieldHouse on Broadway. Because MU switched to online classes in the week leading up to spring break, students have taken to the bars to celebrate.

Students line up Thursday night outside the Penguin Piano Bar on Broadway. With classes canceled for the rest of the week, students went out to celebrate.

Students crowd Thursday night in the outside seating area of The FieldHouse on Broadway. Because MU switched to online classes in the week leading up to spring break, students have taken to the bars to celebrate.

Concerns over the COVID-19 virus aren't stopping MU students from going out for one last hurrah, but bar and restaurant staff haven't had time for a calming drink.

"We had two lines out the door from 6 p.m. to close (Wednesday)," said Kay Cobden, a shift leader at Fuzzy's Taco Shop. "We've seen a lot of students who haven't gone home going out."

Restaurants and bars in the downtown area saw a rush of student activity Wednesday, which most attributed to MU cancelling classes for the week and switching to remote instruction starting Monday. For some businesses, the increase in student patrons has been a welcome influx in business.

"We had five catering operations canceled this week," said Billy Giordano, the owner of Room 38. "And we've had about a dozen cancel for the next few weeks. The students are really helping us make up for lost operations."

The rush of bar patrons has prompted many establishments to focus heavily on cleanliness, employee health and recognition of the symptoms of COVID-19.

"We saw a big uptick in students (Wednesday)" said Sam Monsees, a manager at The Shot Bar. "So we're trying to keep things as clean as possible, make sure we're washing our hands as much as possible."

The Centers for Disease Control and Prevention rank hand-washing as among the most effective means of prevention, and restaurants and bars are doubling down on the process.

"We've pretty much implemented an hourly hand washing," Giordano said. "We've switched to a diluted bleach for cleaning as well. We're really trying to fight the sensationalism of this virus, which means making sure our staff understands how infection happens and are aware of the symptoms."

Still, some staff expressed uncertainty about future business. Many are afraid that as infection rates from COVID-19 climb, students will flee the city for their homes.

Students don't seem as concerned as bar staff, and many are blatantly disregarding the precaution to avoid going out and being in large groups.

"Going out on Thursdays is a tradition for us," said Jake Reed, an MU junior. "And at Mizzou, you don't break tradition, not for anything."

"I'm leaving tomorrow," Paige Marie, 21, said. "I wanted to go out and be with my friends one more time. There's no point in staying in Columbia if all our classes will be online and I can just work from home. I just wanted to have one last drink with my friends before I head out."

When asked if they were concerned about COVID-19, most students replied they weren't afraid of the virus itself, but the fact that they could transmit it to those around them.

"I'm young and healthy," Vern Stone, 21, said, as he waited in line at Harpo's. "I'm more afraid I'll catch the virus and pass it on to my friends and family than of what having the virus would be like."

FROM THE NEWSROOM: How the Missourian is reporting amid COVID-19

Help us report the news. Call us back. Let us know what's happening in your world so we can keep you informed.