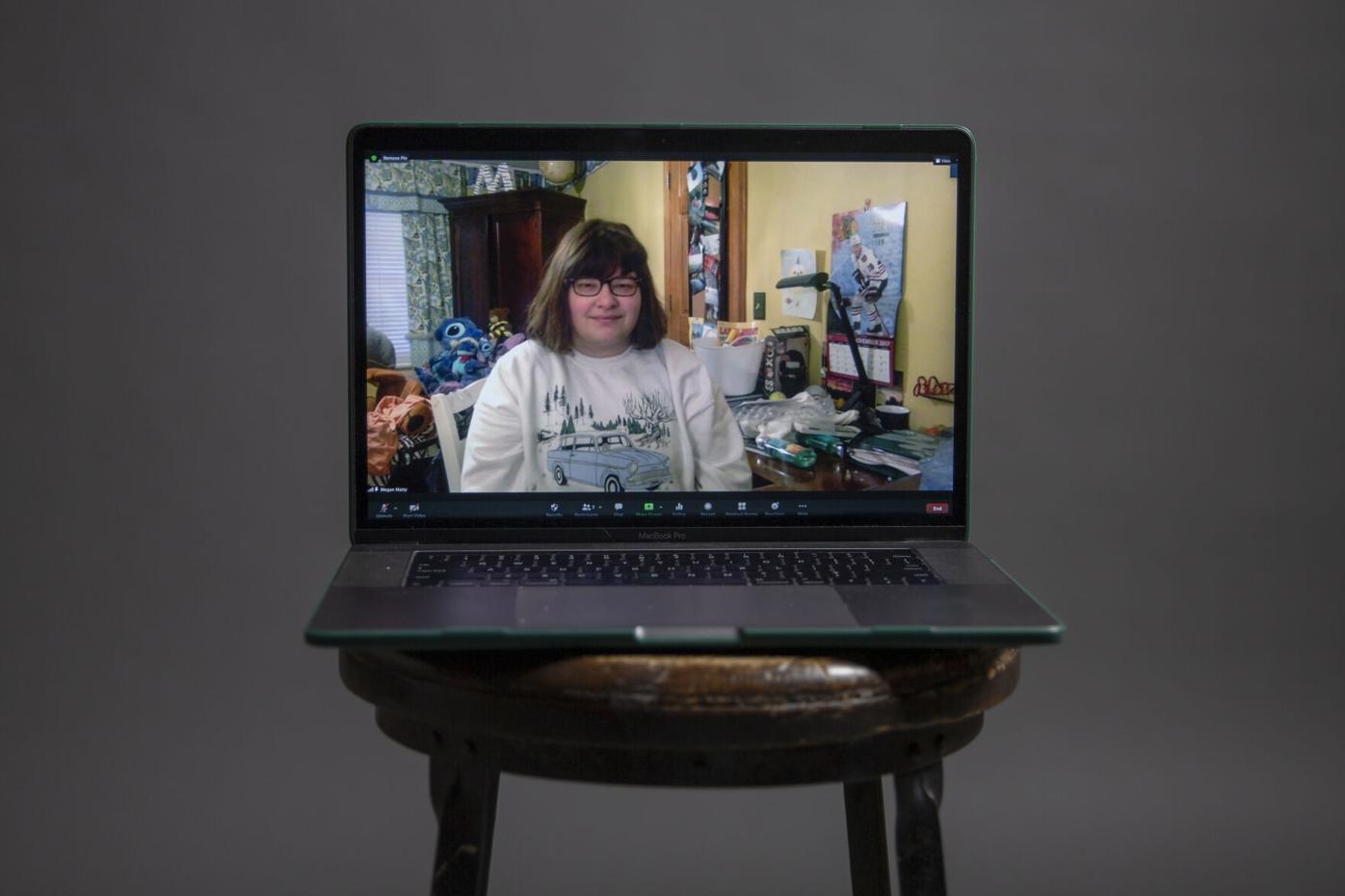 Megan Matty rode to quarantine housing in the back of a friend’s SUV. When she got a call from a contact tracer, informing her someone she had been in contact with was COVID-positive and she needed to get to quarantine housing, information about how the carless junior should get there wasn’t included. So, when Matty called a friend about giving her a ride, bumping down the streets of Columbia in the luggage area seemed like the best option. 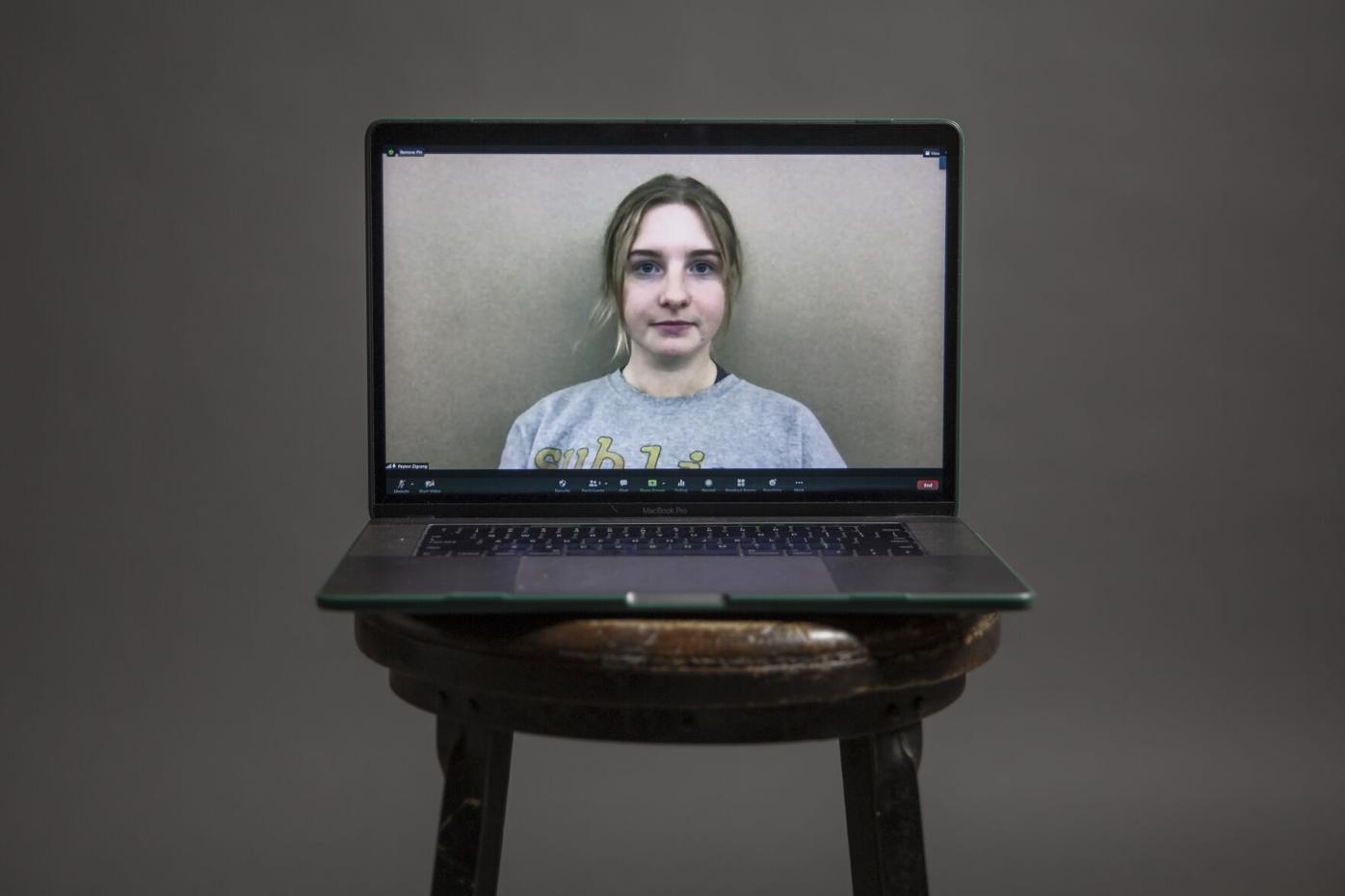 Peyton Zigrang tested positive for COVID-19 in early September. A university van picked her up to take her to the University-chosen hotel. The hotel walls were thin. Across the hall from her, Zigrang could hear people screaming and banging on those walls. As the fight moved outside her door in the early morning, Zigrang called her parents because she feared for her safety. She eventually moved hotels for the remainder of her quarantine. 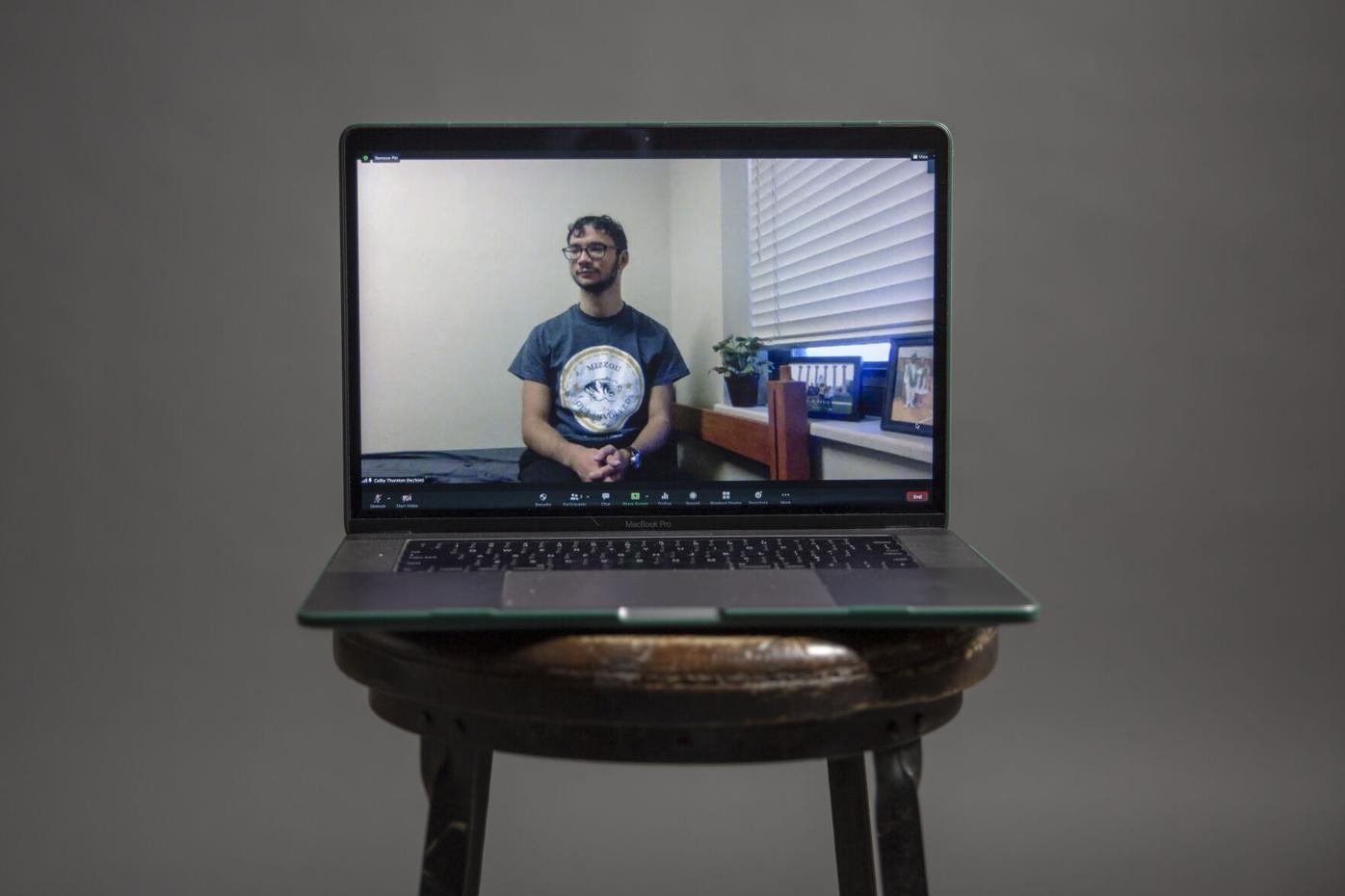 Colby Thornton never tested positive for COVID-19. The MU junior first went into quarantine in his dorm room in late August when a university contact tracer called him eight days after he was exposed. After leaving quarantine and being exposed a second time, Thornton went into quarantine housing in late September. This time, it only took five days for a contact tracer to get ahold of him. That delay in contact tracing is the spearpoint of Thornton’s gripe about MU’s COVID-19 response. “To say that we have quick concise contact tracing is just false to me, and I don’t think that’s a narrative we should be spreading,” Thornton said. 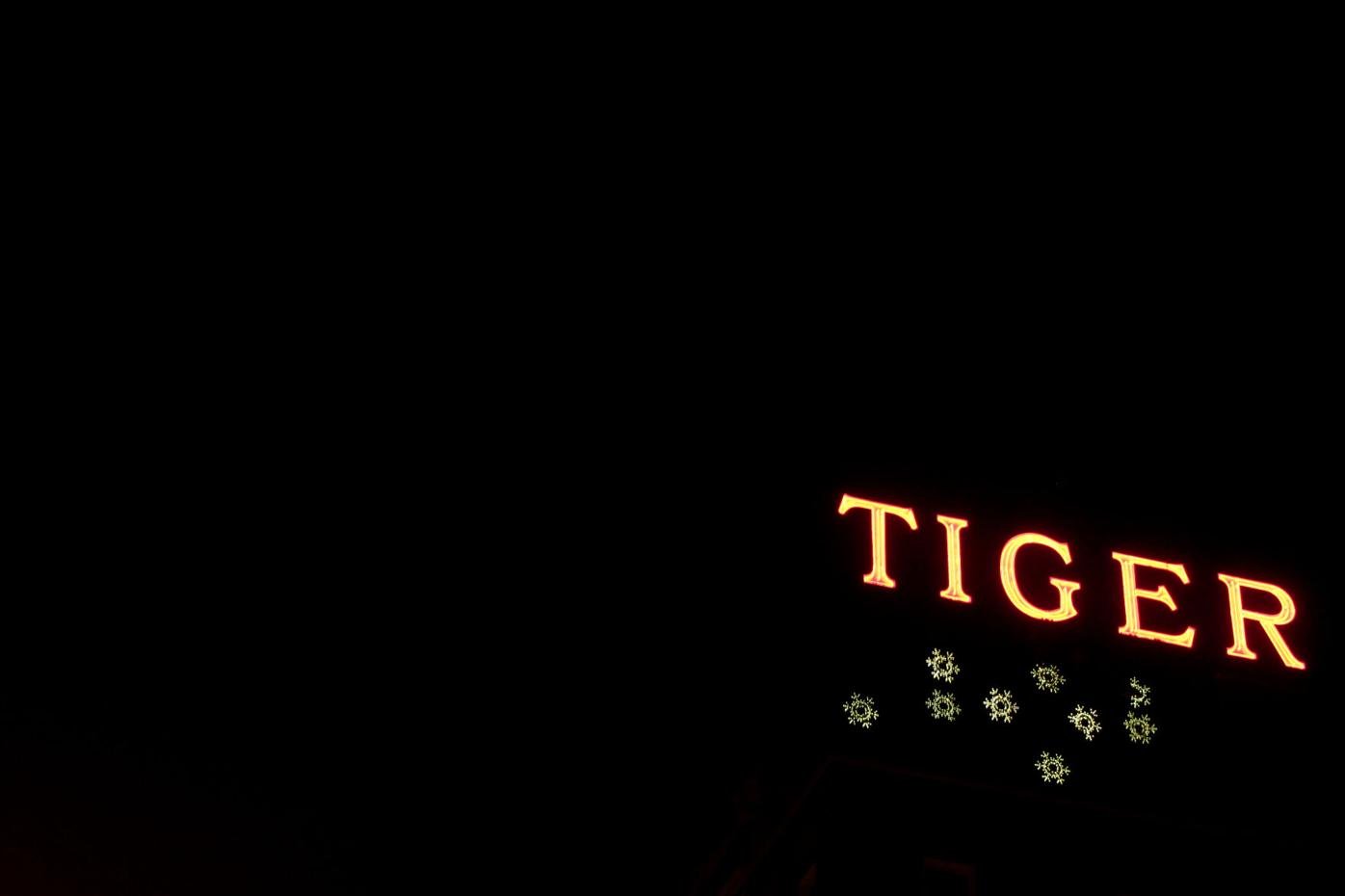 Hotel lights shine from the top of the Tiger Hotel in Columbia, Mo., Wednesday, Jan. 20, 2021. After safety concerns forced her to leave the quarantine room MU booked for her, MU student Peyton Zigrang booked a room at the Tiger Hotel for the remainder of her quarantine. 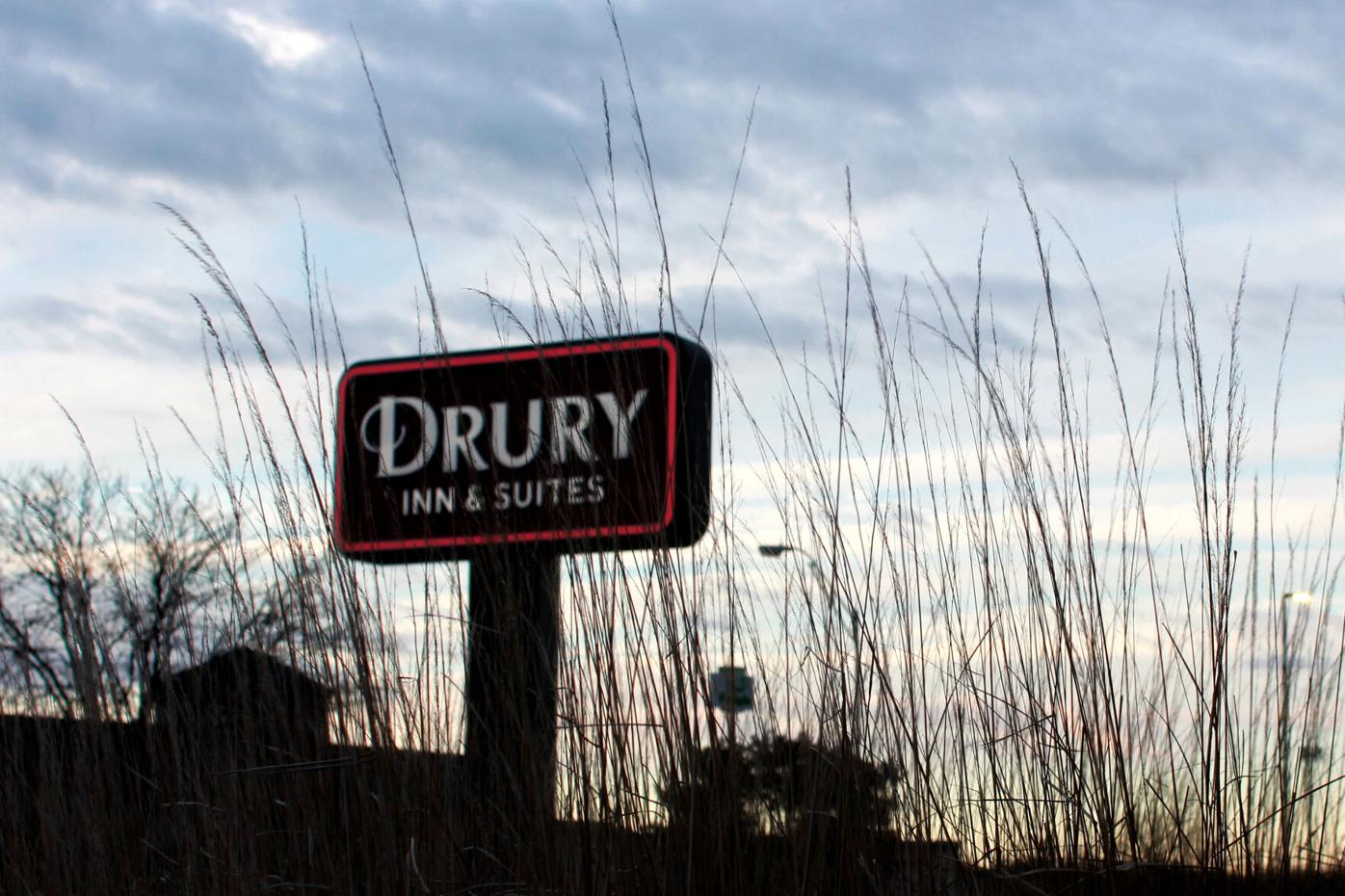 Assorted plants stand in front of the Drury Inn & Suites in Columbia, Mo., Wednesday, Jan. 20, 2021. MU student Colby Thornton quarantined at the Drury Inn in September — his second of two quarantines in the first two months of the fall 2020 semester. 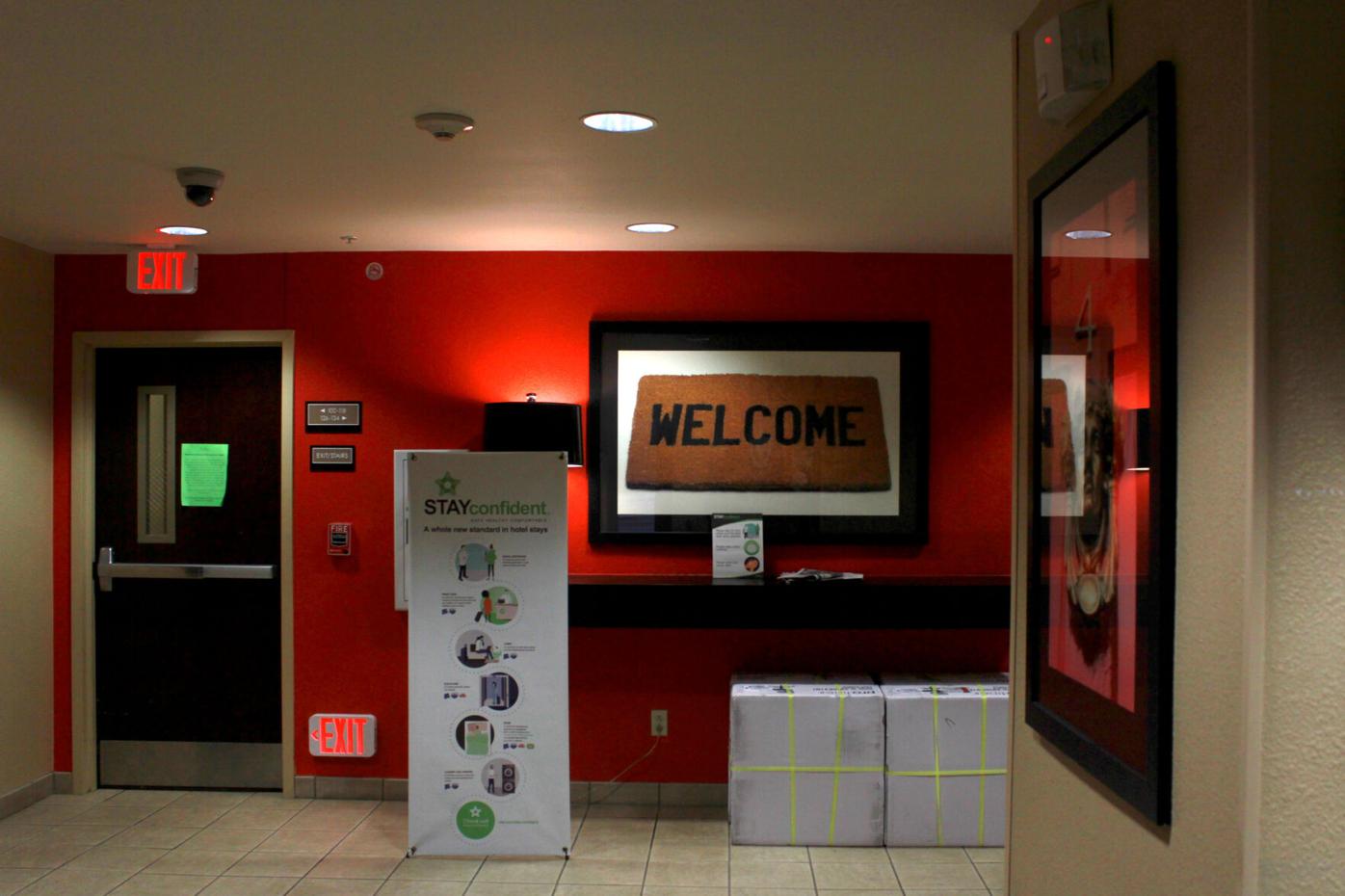 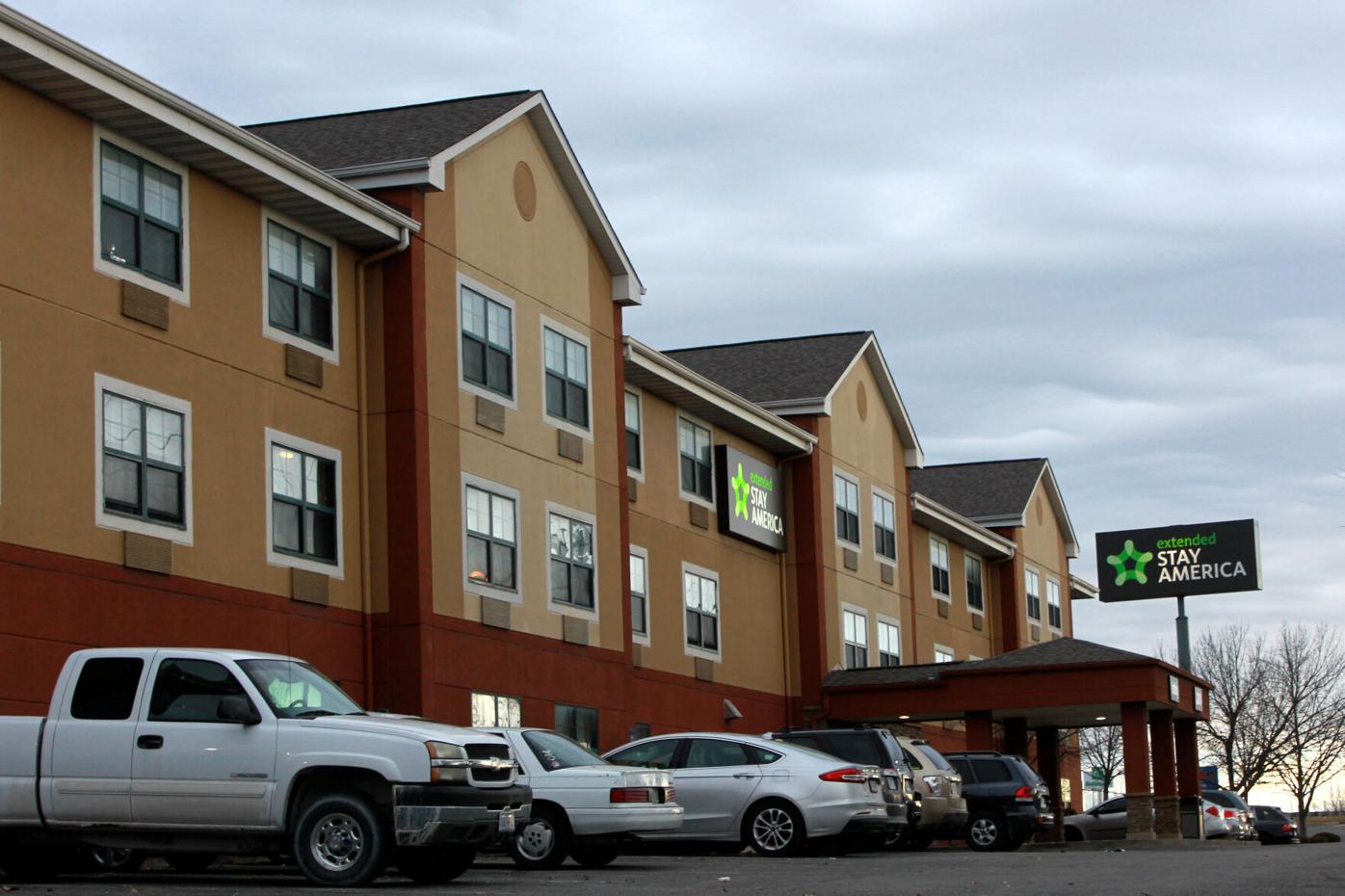 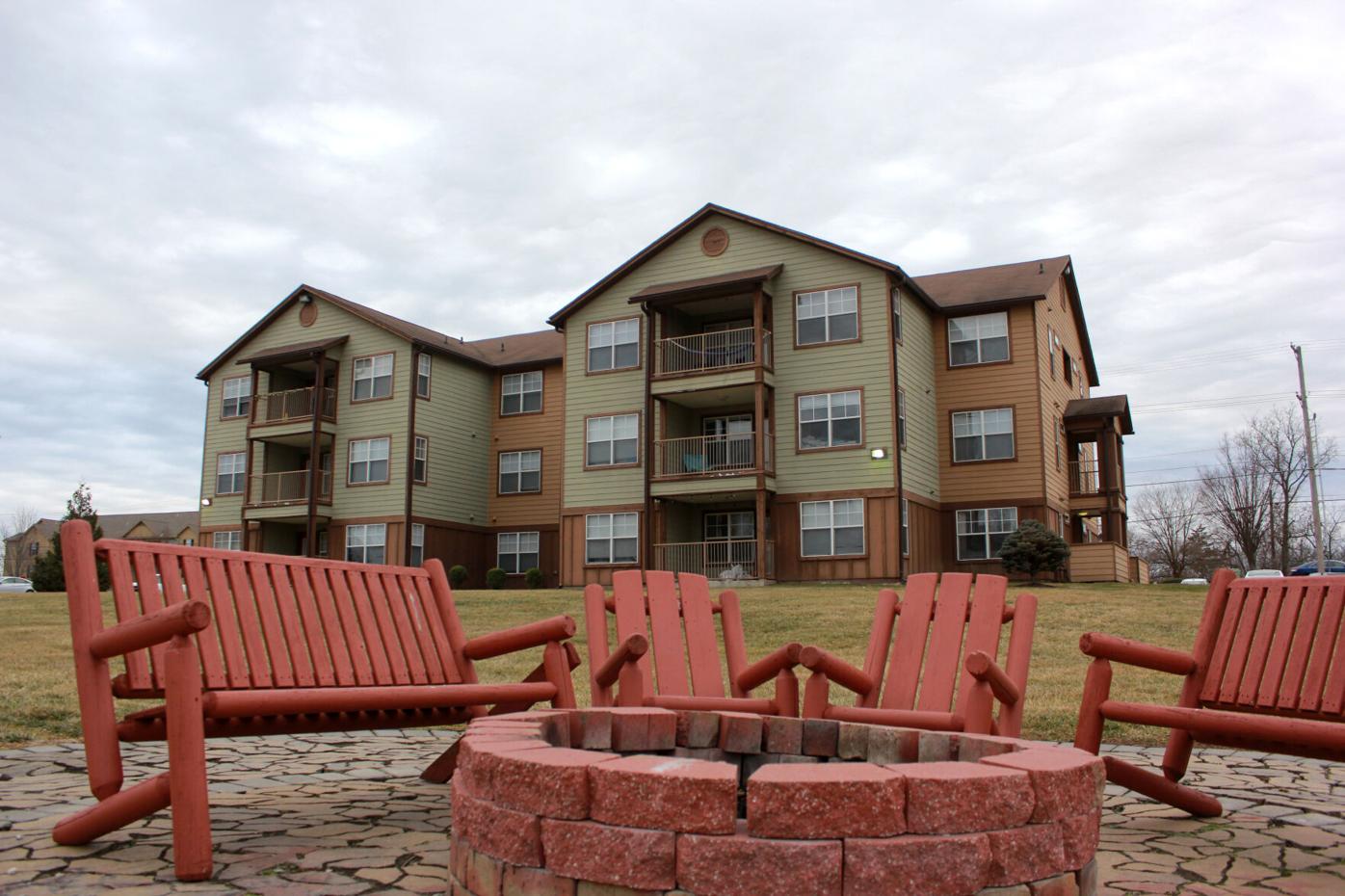 A fire pit and benches stand empty outside of Campus Lodge in Columbia, Mo, Wednesday, Jan. 20, 2021. MU student Megan Matty quarantined at Campus Lodge in the fall 2020 semester. “It was like being almost in an insane asylum,” Matty said about the quarantine apartment, with its barren walls and strict rules for being in the common area. 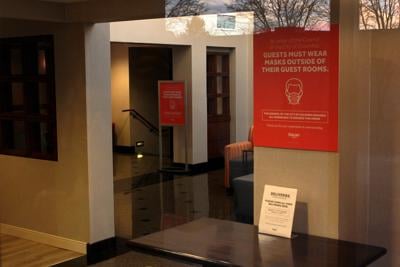 COVID on Campus was reported during the fall semester by student journalists examining the impact of the pandemic and the administrative response at four Midwestern flagship universities in Illinois, Indiana, Missouri and Wisconsin.

Morgan Weesner spent six strange days in quarantine at Indiana University after one of her friends tested positive for the coronavirus.

She was sent to a dorm that had been cleared out so students could be isolated. The aging building had eerily empty halls, populated only by cleaning staff wearing what she said looked like “hazmat suits.”

Students report a wide variety of experiences after testing positive for COVID-19 on Midwest campuses. Some were held in university facilities where food was scarce; others were placed in hotels with regular meals. Some said their personal contacts were notified; others say no one even asked who they’d come into contact with, if their schools followed up with them at all.

A critical component in preventing COVID-19 transmission is contact tracing: identifying those who have been exposed to a known positive case, quarantining them and monitoring their symptoms. Interviews with students and officials from several Midwestern universities and health departments show that getting those systems in place was more difficult than many campuses may have expected.

Universities created protocols for isolating positive student cases, assembled contacting tracing teams and made dashboards for publicly sharing data about the status of COVID-19 on their campuses.

But despite their preparation, there were delays in contacting those close to students who tested positive, with some students never being contacted at all. And schools received criticism for a lack of transparency sharing data on their cases and making it easily accessible to the community.

Trace or No Trace?

At the University of Wisconsin-Madison with its student population of about 45,000, contact tracing was done in coordination with Public Health Madison and Dane County — where the flagship campus resides.

When a student tests positive, the university provides a room with a private bathroom if they live on-campus. Students who live off-campus were told to stay in their residences for the quarantine period — a similar approach to the University of Indiana-Bloomington, Illinois and Missouri.

The student would be notified of a positive test, then anyone who may have been in the area was supposed to get a call from a contact tracer. But that was not always the case.

Matthew Mitnick, chair of the Wisconsin student government, said that based on the experiences of some of his friends who had coronavirus, there was “zero” contact tracing being done by the university in some cases and thus hardly anyone would know if they had been exposed.

“It was a little unsettling,” Mitnick said. “The professor would just casually mention ‘The lecture’s going to be online because some people in this class had COVID,’ which was terrifying to think about.”

Katie McGlassen, the shared governance chair of the student government, told a different story. While she did not have COVID-19, her friend did and reported that they had an interview with one of the tracers.

As for the University of Illinois, the issue was with getting its 50,100 students to cooperate with contact tracers.

There, contact tracing is handled by the Champaign-Urbana Public Health Department, which had tracers file numerous reports on students who were not complying with orders to self-quarantine.

One August report described a student who “hung up after arguing about the quarantine period” and “now is unresponsive.” A September complaint from a contact tracer details a student who told the department he “will absolutely not quarantine and never wants us to contact him again.”

Indiana University, which has a student population of about 43,000, chose to create their own contact tracing program, working in cooperation with the health department, to follow up on the cases identified through the university’s testing efforts.

The university employs around 40 contact tracers, according to Kirk White, co-chair of the COVID Response Unit at the Bloomington campus.

Anyone who tests positive is instructed to isolate for at least 10 days or until cleared by a medical professional. Those who are identified as close-contacts will be directed to quarantine for 14 days after their exposure if they don’t develop symptoms, a policy consistent across the four campuses.

Indiana set aside 563 rooms in the Ashton Residence Center on campus for those students living in university housing who need a place to isolate or quarantine.

At its peak in early September, the facility housed 178 students, according to White. All positive students and their close-contacts are required to use the app Twistle to monitor their symptoms and contact medical professionals if necessary.

White himself had to quarantine for two weeks in barracks following a National Guard deployment. “I hated it. And I knew from that experience what this was going to mean for our students, and so we worked hard to figure out ways to make the Ashton quarantine experience as positive as we could.”

One of those ways was to give each student a box of activities that Weesner said included water paint, coloring supplies and a miniature set of maracas.

At the University of Missouri when a student tests positive, they are required to self-report their case to the university. They will then be contacted by a Care Team member who answers any questions and helps the student navigate university policies.

Those living in campus housing who couldn’t isolate or quarantine at home were placed in housing at local hotels, Residential Life apartment complexes or dorms. When Missouri reopened its campus in August, it had isolation and quarantine housing for over 200 students.

At the beginning of September, students took to social media such as TikTok and Twitter voicing their complaints about the cleanliness of the housing and not receiving food deliveries.

Rachel Cook, a freshman who was in Missouri isolation housing in early September, posted a TikTok showing her hotel room with broken outlets and small meals consisting of only four raviolis. Mia Rich, a Missouri sophomore, also posted a TikTok saying that she had not received her food in five days.

Since the initial complaints, Missouri seems to have fixed the problems, especially with food delivery.

Emili Pezall, a Missouri freshman, was in quarantine housing at the beginning of November having been exposed by a friend. Overall, Pezall said that her experience was positive and accommodating, and she didn’t run into any of the issues previous students had.

“The people were as sweet as could be, and (the hotel) provided meals for breakfast and dinner,” she said. “So that was cool that it wasn’t anything I had to pay for either on my meal plan or my money at all.”

The Student Health Center does its own contact tracing and case investigation of students whether they live on or off campus, according to Columbia/Boone County Public Health and Human Services Assistant Director Scott Clardy.

While it’s under the health department’s oversight, it’s all done by Missouri, Clardy said. The Student Health Center also combs through the Boone County positive cases, looking for college-aged positives, and then compares the names to a school directory to identify students.

Missouri had 16 contact tracers and over a dozen case investigators, who talk to the original positive case, to tackle informing students who were exposed, according to university spokesperson Christian Basi. He said in an email that the number of cases contact tracers could complete daily depends on “how many close contacts are associated with a case and how many students respond.”

But not all students were getting contact traced. And at the peak of the student outbreak in early September, students took to Twitter about the multiple-day delay in contact tracing.

Sarah Kelley, a junior at Missouri, got COVID-19 in September and was never asked for any of her close-contacts. She was tested at an MU Health Care testing site and self-reported her case to the university.

As she neared the end of her isolation period, she didn’t know what to do or what was required of her.

“It was really frustrating to me that I was worried about going back to class. I didn’t know if I would be in trouble to just go back, but I don’t want to keep missing,” she said. “And to me, it seemed like there was not a lot of real infrastructure for contact tracing or just generally handling COVID.”

COVID on Campus: Some schools more transparent than others

“That’s a horrible dashboard,” said a health expert about one school's site. “Why would they have such limited information?”