Donations and requests for funding through the collaborative channel of CoMoHelps have dwindled since February.

CoMoHelps began in March 2020 as a joint effort to manage local resources in response to the COVID-19 pandemic, especially as mid-Missouri awaited federal funding.

However, the infrastructure of the team remains as the five representatives continue to meet weekly.

“Donations to the fund have been sparse in the last several months,” Baker said in an email. “I think that most people sense that the pandemic may be slowly winding down or at least being less of a broad trauma.” 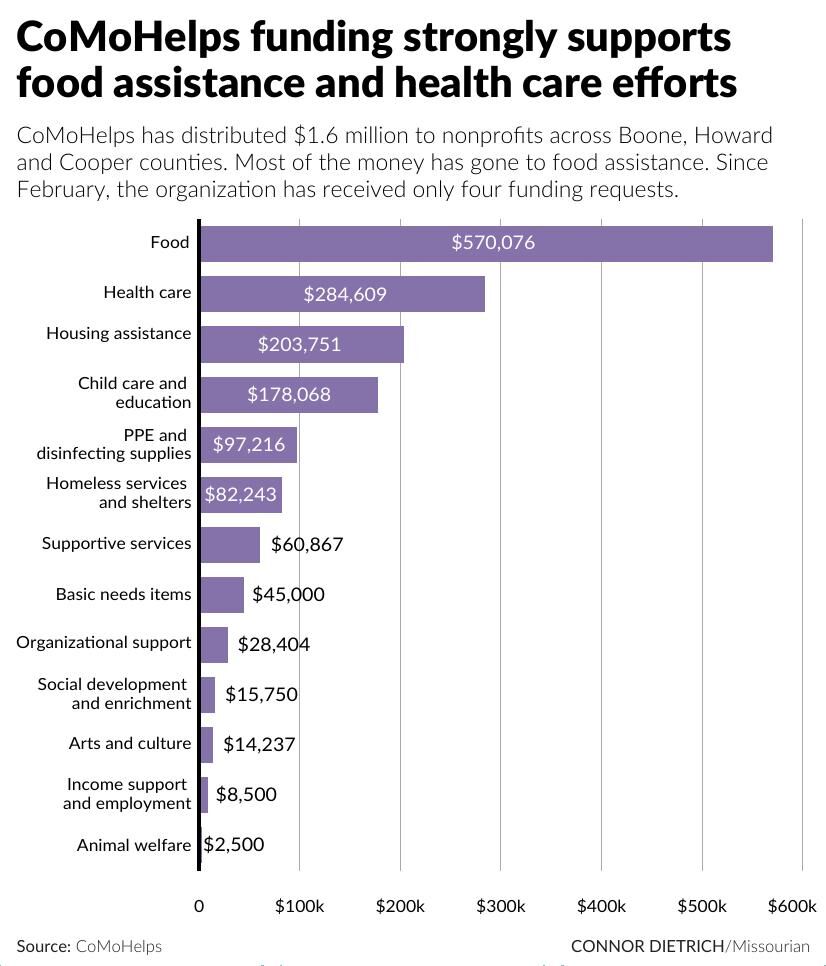 Hollis said that with the expiration of the emergency order for the city and county, the resource has naturally become less relevant.

“There was more money that’s coming into the state through CARES Act funding and now through ARPA funding,” Nelson said. “And people have become so creative in the ways they do fundraising. That’s one of the reasons we haven’t seen the need for those requests as much as we have.”

Nelson said the collaborative works by each of the five funders having their own “pots of money.” They would meet and ask the big questions like how to help restaurant owners, mental health services, emergency childcare programs and how to feed the children who are used to getting their meals through the public schools. 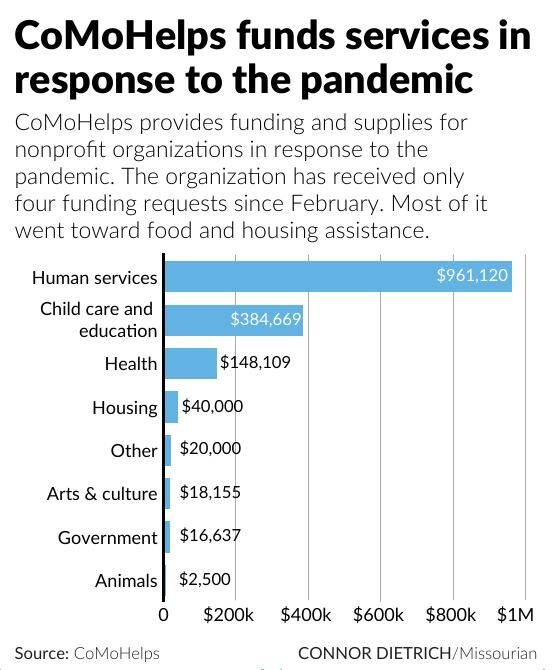 They would examine the major issues and each entity’s limitations, then they’d try to move forward in a way that expedited solutions.

“It was a collaborative process to maximize all funding streams,” Nelson said.

The total amount allocated through CoMoHelps is over $1.6 million in response to over $3.5 million filed in requests.

Since February, four requests for funds have been made to CoMoHelps. Two were denied and two were approved. The two approved were for individual child therapy and hotel/motel housing.

The bulk of funds were sent out last year with services for food, health care and housing assistance receiving the most.

“These proposals are from nonprofit partners and government entities,” Hollis said. “We don’t fund individual requests.”

Some requests are denied because the line drawn between what is a COVID-19-related expense and what is not is strict. Others have been withdrawn as the community has found other sources of funds.

Nelson said the CoMoHelps system has a use beyond COVID-19 relief. 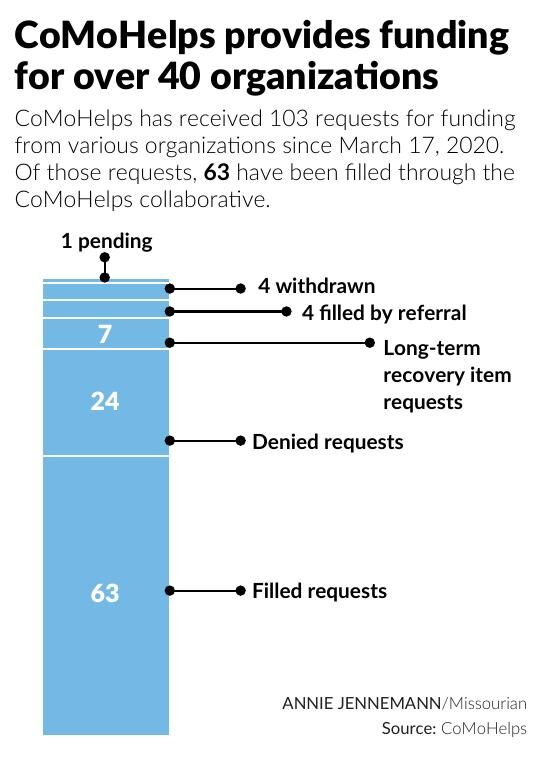 “We have an infrastructure to put together very quickly,” Nelson said. “We can utilize this as we move forward with maybe any natural disasters or God forbid another pandemic.”

Both CFCM and United Way are still accepting donations and still have funding available designated for COVID-19 emergency grants.

“We also have our COVID-19 Regional Relief Fund as a donation option in this year’s CoMoGives campaign.” Baker said.

The majority of the funding the organization distributed went to human services provider organizations.