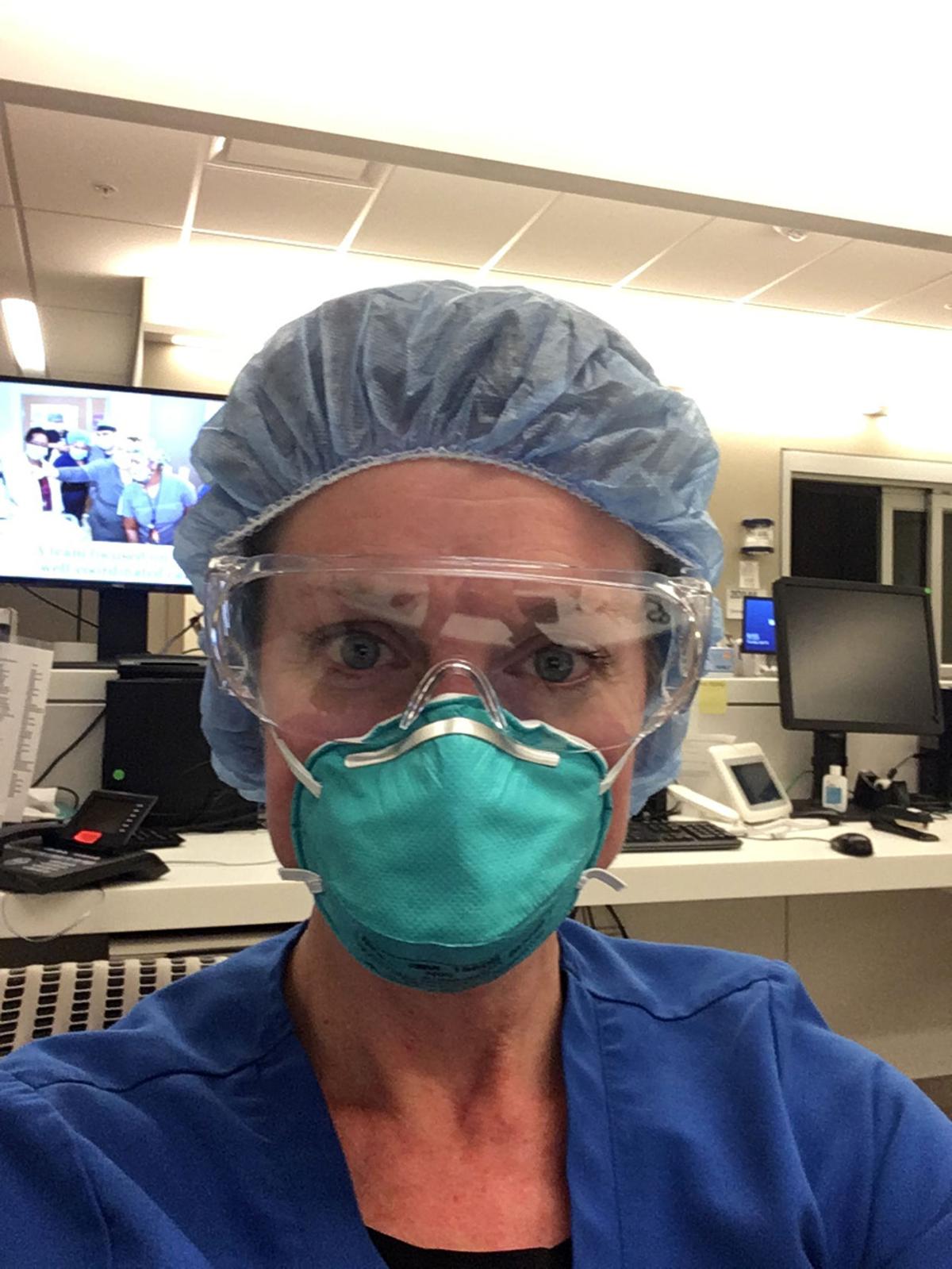 Susan Scott wears her personal protective equipment during her shift working as an emergency department nurse at the Southeast Louisiana Veterans Health Care System Medical Center in New Orleans. Scott was not worried about contracting COVID-19 and said, “I really did feel like I can hear my own voice in my head, 'If you wear this stuff, you will be safe.'” 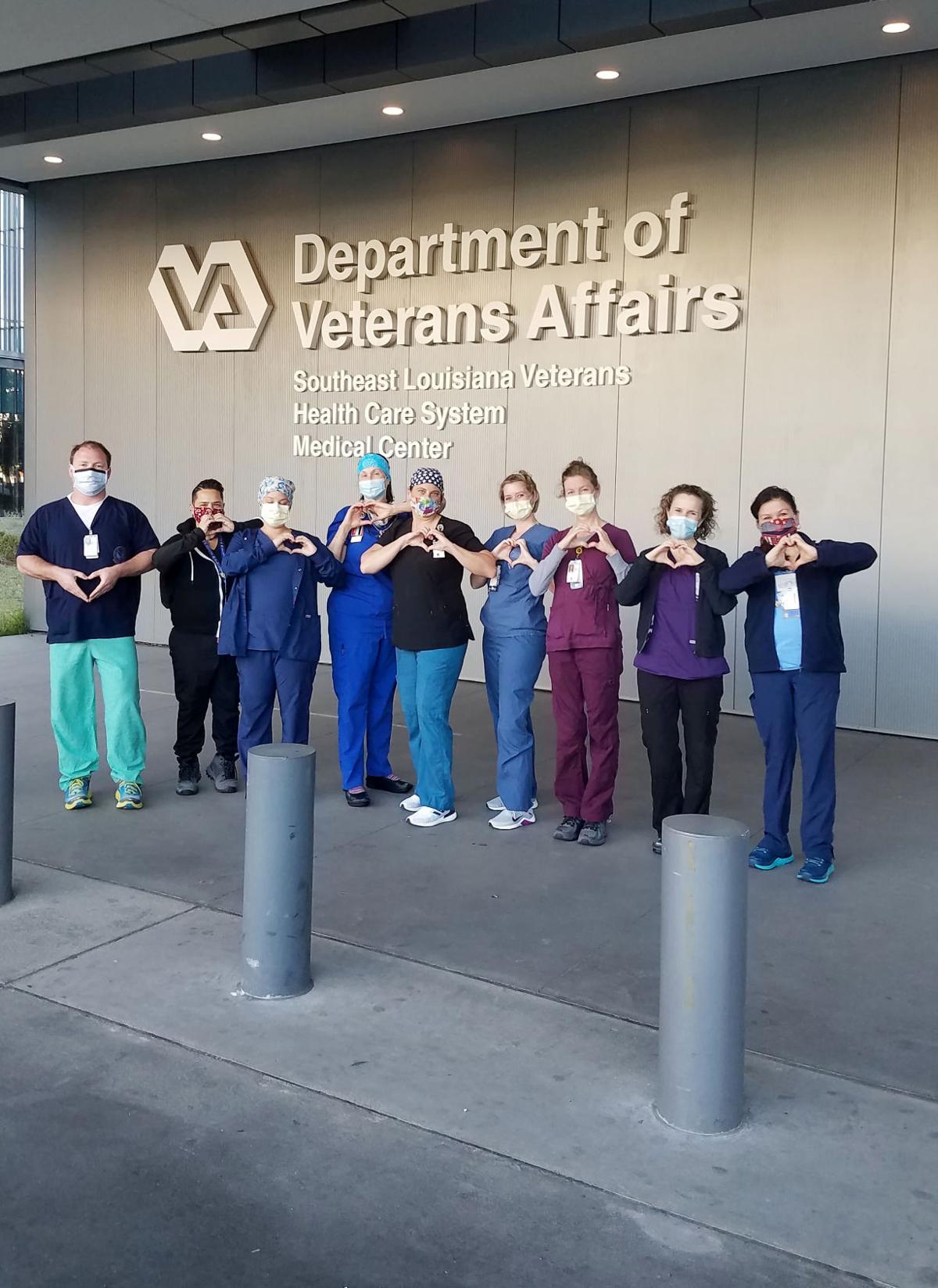 A group of nurses traveling as part of the Disaster Emergency Medical Personnel System stand outside the Southeast Louisiana Veterans Health Care System Medical Center in New Orleans. The nurses were deployed to areas hardest hit by COVID-19 to help them combat the pandemic. 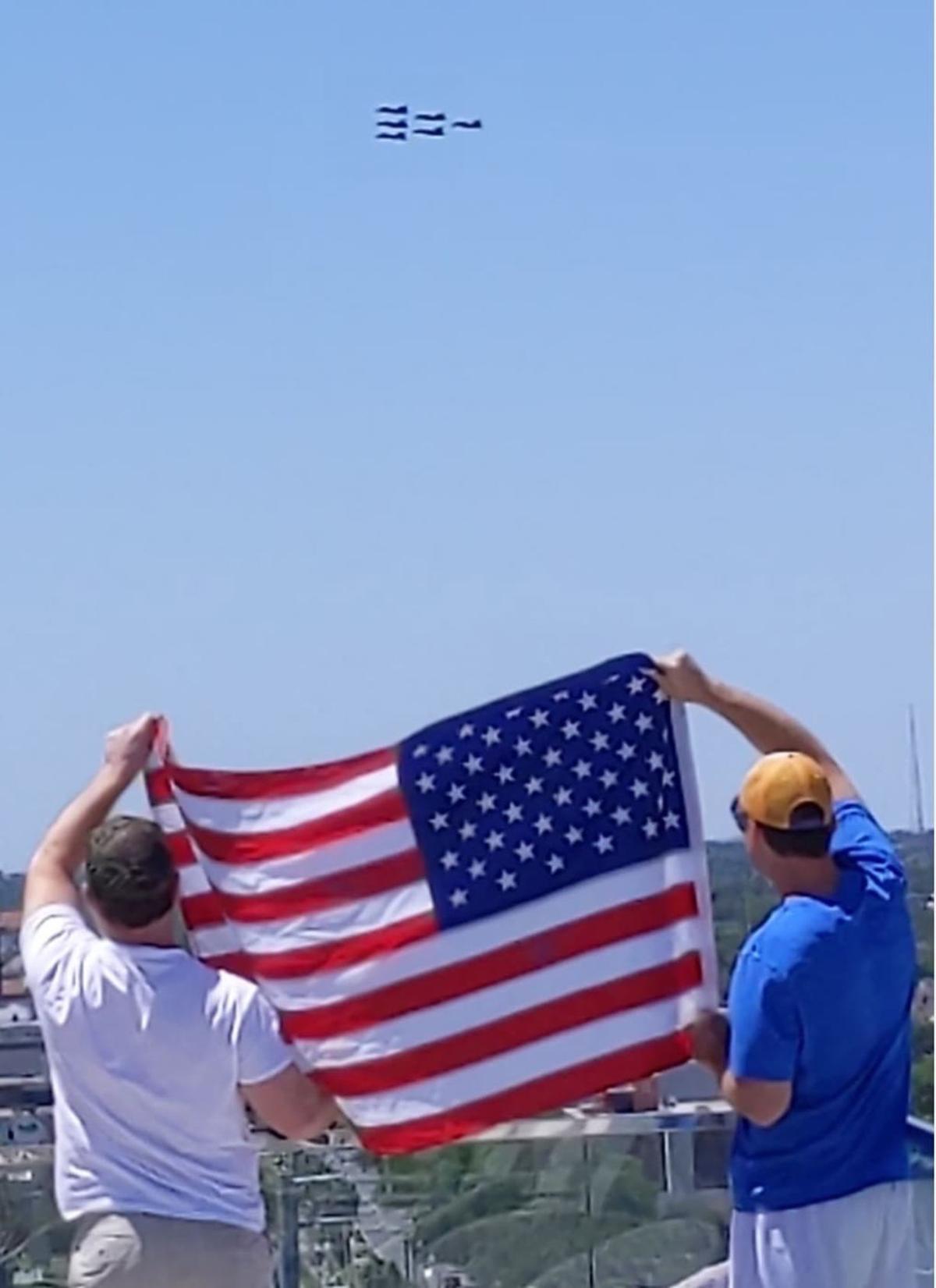 Susan Scott wears her personal protective equipment during her shift working as an emergency department nurse at the Southeast Louisiana Veterans Health Care System Medical Center in New Orleans. Scott was not worried about contracting COVID-19 and said, “I really did feel like I can hear my own voice in my head, 'If you wear this stuff, you will be safe.'”

A group of nurses traveling as part of the Disaster Emergency Medical Personnel System stand outside the Southeast Louisiana Veterans Health Care System Medical Center in New Orleans. The nurses were deployed to areas hardest hit by COVID-19 to help them combat the pandemic.

Susan Scott had just finished a 12-hour night shift working as a nurse in the emergency department of the New Orleans Veterans Medical Center.

It was her final shift.

The next day, May 8, she was flying home to Columbia to see her 6-year-old son and enjoy some morel mushrooms.

Scott had spent the last 28 days volunteering in New Orleans as part of a nine-member team of health care workers from the Truman Veterans’ Hospital who traveled across the country helping areas hardest hit by the COVID-19 pandemic.

Three volunteers went to New York, two to Chicago and four, including Scott, went to New Orleans as part of the Disaster Emergency Medical Personnel System.

When Scott arrived at the hospital in New Orleans in early April, she said the COVID-19 situation was coming under control. She and her three colleagues were there to help give the overworked health care workers at the hospital a much-needed break.

“They would tell stories of what it was like before we got here with big, wide-open eyes. They couldn’t believe how things had been,” Scott said.

Phil Walls, the chief of community and public relations for the Southeast Louisiana Veterans Health Care System, wrote in an email the New Orleans hospital has had over 112 Veterans Affairs staff rotating throughout the facility offering relief and support.

The New Orleans facility has the fifth-highest COVID-19 death toll of the 140 VA facilities tracked by the department.

Her first week there, Scott said the hospital was still getting a lot of COVID-19 patients. But as time went on, several days would pass without a positive COVID-19 patient, though she imagines it was different for the nurses working the day shift.

‘You will be safe’

Health care workers are experiencing the pandemic first-hand, being exposed to the virus on a daily basis. But Scott said she was not worried about contracting COVID-19.

Aside from being a nurse, Scott is also an infection control practitioner in her current job at VA hospital in Columbia. Before she went to New Orleans, she had been training staff how to use personal protective equipment — or PPE — to prepare them for COVID-19.

She tried alleviating their fears by telling them they would be safe if they wore appropriate PPE.

“I felt like if I could talk the talk, I needed to walk the walk when I came here,” she said. “I really did feel like I can hear my own voice in my head, ‘If you wear this stuff, you will be safe.’”

Because it’s in short supply worldwide, Scott said she had grown used to wearing the same PPE for a full week, or multiple shifts at the least. So she felt she had enough PPE.

“But the reality is, under normal working circumstances, you would throw away your mask after having a patient,” she said. “So what becomes normal is really not normal.”

Through the happy and the sad

After being used to working the standard 9-to-5 Monday through Friday, Scott transitioned to 12-hour night shifts: six days on and one day off.

And it was the welcoming staff and supportive friendships she developed that kept her spirits up during the physically and emotionally exhausting shifts.

Most of the traveling health care workers stayed in the same hotel, and after working all night at the hospital, Scott and her colleagues would sit in the lobby to decompress. Talking about their feelings in an open forum helped them process the highs and the lows.

“One day somebody would have a great shift, or they had a great story to share about a patient that had made a miraculous recovery,” Scott said. “And there were days that people needed to just sit and talk about some things that were really heartbreaking, and (there was) a lot of compassion and a lot of listening ears as we supported each other.”

The hardest part for most nurses was when a patient would die isolated from their families, Scott said. Because of the high transmissibility of the virus, nurses were the only people with patients when they died.

“The family’s not able to be there, and so staff (found) ways to connect with family members through electronic devices so that they can at least have some last moments with their family,” she said.

Although Louisiana had 32,050 reported COVID-19 cases at the time of writing, compared with Missouri’s 10,006, Scott said she was inspired by the energy in New Orleans.

“These people have been through a lot, and they’re survivors,” she said. “My heart’s really full with the amount of positivity that there is here amongst the locals and the healthcare workers, and everybody’s trying to be really supportive of each other.”

Her favorite memory during her time there was when the Louisiana Air National Guard 159th Fighter Wing and Barksdale Air Force Base flew B-52 bombers over health care facilities to thank medical workers.

Scott and some of her colleagues stayed up after their night shift and watched the planes fly over from the roof of one of the hotels where traveling health care staff were staying.

“We had a flag that had been given to us from the hotel supervisor that we hung out in the wind and displayed while the planes flew over,” she said. “It was really a magical moment.”

The camaraderie among the other traveling health care workers who had left their families to come work on the frontlines of COVID-19 helped create lasting friendships for Scott.

“The friendships and the connections that have been made here among those nurses have been really incredible,” she said.

“We have plans to meet up again and to have reunions, and we all kind of wish we could come back to New Orleans and experience it when it’s vibrant and alive.”

The flyovers are part of a national Air Force effort to honor first responders who work amid the COVID-19 pandemic.