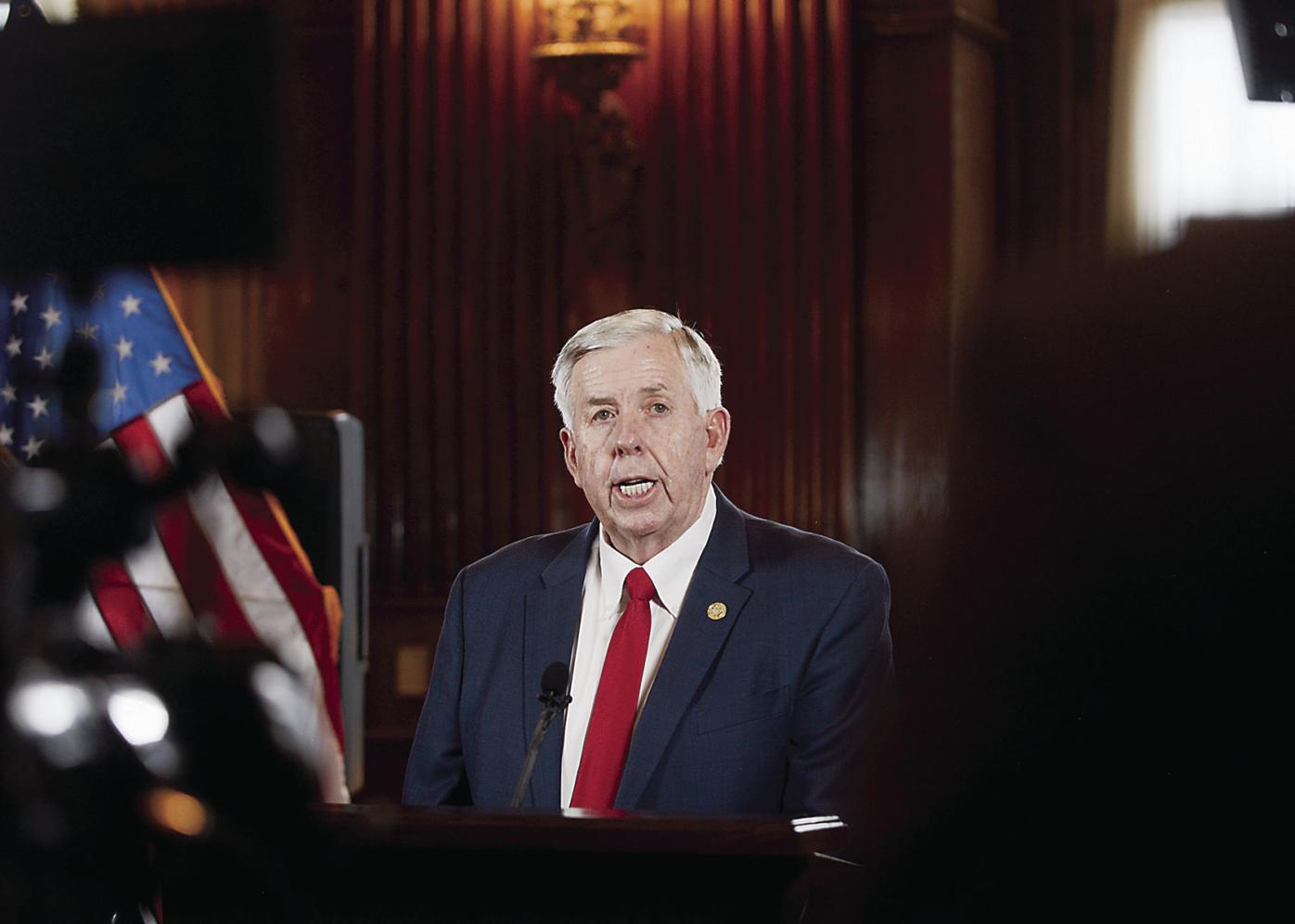 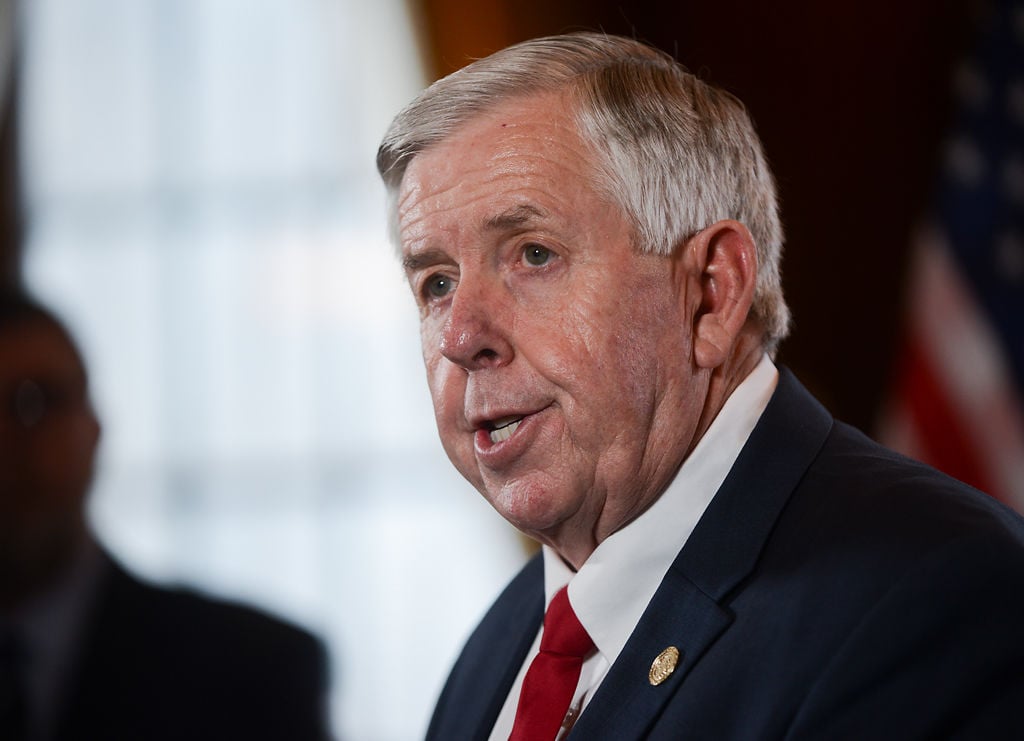 Gov. Mike Parson speaks at a news conference Friday at the Missouri Capitol. Parson declared a state of emergency in response to the rapid spread of COVID-19.

Gov. Mike Parson speaks at a news conference Friday at the Missouri Capitol. Parson declared a state of emergency in response to the rapid spread of COVID-19.

Parson announced that $13 million in emergency funding would be provided by the federal government to combat the spread of coronavirus, supplemented by an additional $7 million at the state level.

Parson also provided the latest testing figures for the state. As of Friday evening, 94 people had been tested statewide. Of those, three are presumptive positive and one is confirmed positive. Parson said the other 90 were negative. The first of the new cases was in St. Louis County and the second was in Henry County.

*A positive test sample is being provided to Washington University in St.Louis in order to create a control sample, Parson said. The state will also be coordinating with MU to advance test efforts, he said.

"We know that testing has become a great concern," Parson said, "and I want Missourians to know that we are working with some of the best resources in the state to address this, whether they are public or private resources."

Missouri joins at least 30 other states that have declared an emergency, along with the District of Columbia and the federal government.

Parson said the decision of whether local school districts should close should be left up to local school officials, who should seek the guidance of local health officials when thinking about closing their schools.

In his address, Trump announced that $50 billion in emergency response funding will be opened up to states and U.S. territories. He also urged states "to set up emergency operations centers effective immediately."

Trump also announced that the U.S. Secretary of Health and Human Services has been granted “broad new authority” to waive federal requirements for hospitals so that they have the “flexibility” necessary to respond to the pandemic.

“As I’ve mentioned before, the primary purpose of this emergency declaration is to provide greater flexibility in allocating our state resources, not because the local health providers feel they are overwhelmed,” Parson said.

Information from state and local sources was sparse Friday afternoon. MU Hospital and Boone Hospital Center did not respond to requests for comment Friday afternoon, nor did Parson’s office.

The Missouri Department of Health and Senior Services could not be reached for comment Friday. A call to its Bureau of Communicable Disease Control and Prevention wasn't answered. The Missourian is awaiting comment from the DHSS on the outage.

Multiple state agencies charged with housing vulnerable populations will be affected by the state of emergency. Parson announced that they are taking steps to reduce potential contact with those carrying the virus.

State Democrats had called earlier this week for the governor to declare a state of emergency. On Friday, State Rep. Crystal Quade, D-Springfield, said Parson's announcement was an important step, “but one of just many needed to mitigate the spread of coronavirus and prepare for its impact. Instead of just reacting to the situation as it unfolds, the administration must anticipate future developments and take preemptive action before problems occur."

Seth Bodine contributed to this report.