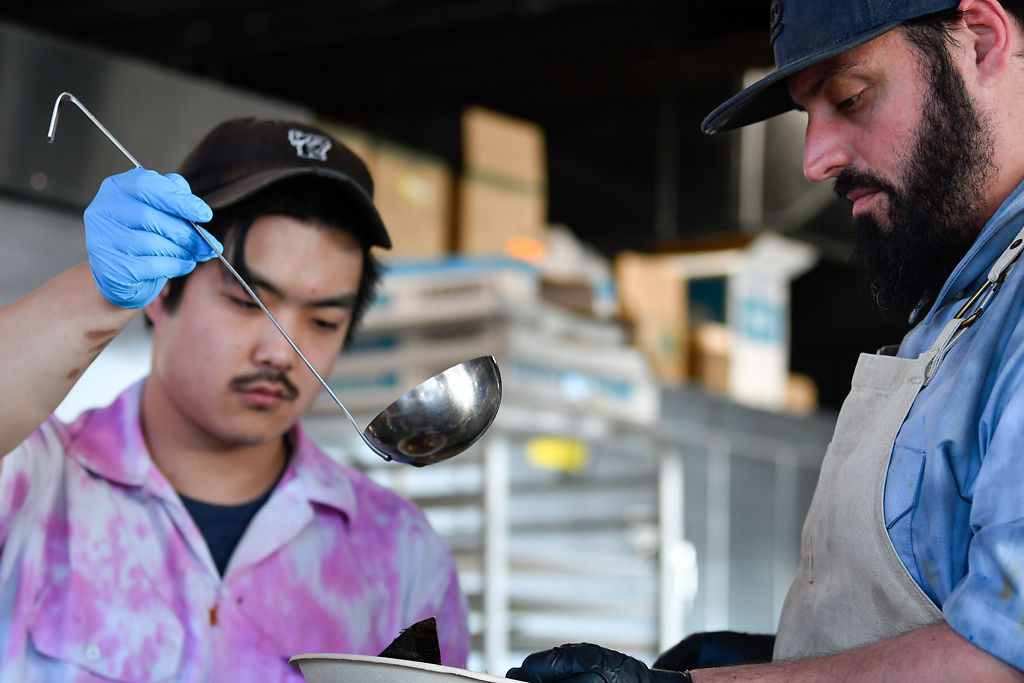 Vinnie Debono, left, and Benjamin Hamrah finish preparing a bowl of udon noodles Tuesday at Beet Box. The udon bowl was promoted as a special by the restaurant on their Instagram. 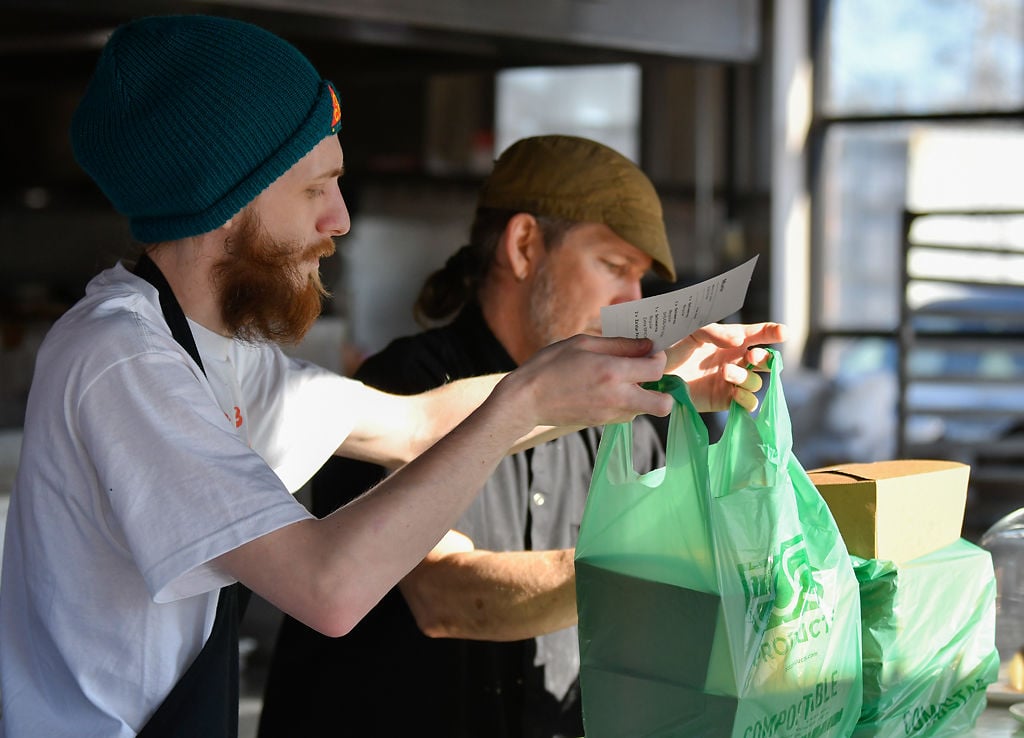 Zach Osborne, left, and Jody Schomaker pack up an online order Tuesday at Beet Box. The restaurant is only doing delivery and carryout during this period of social distancing. 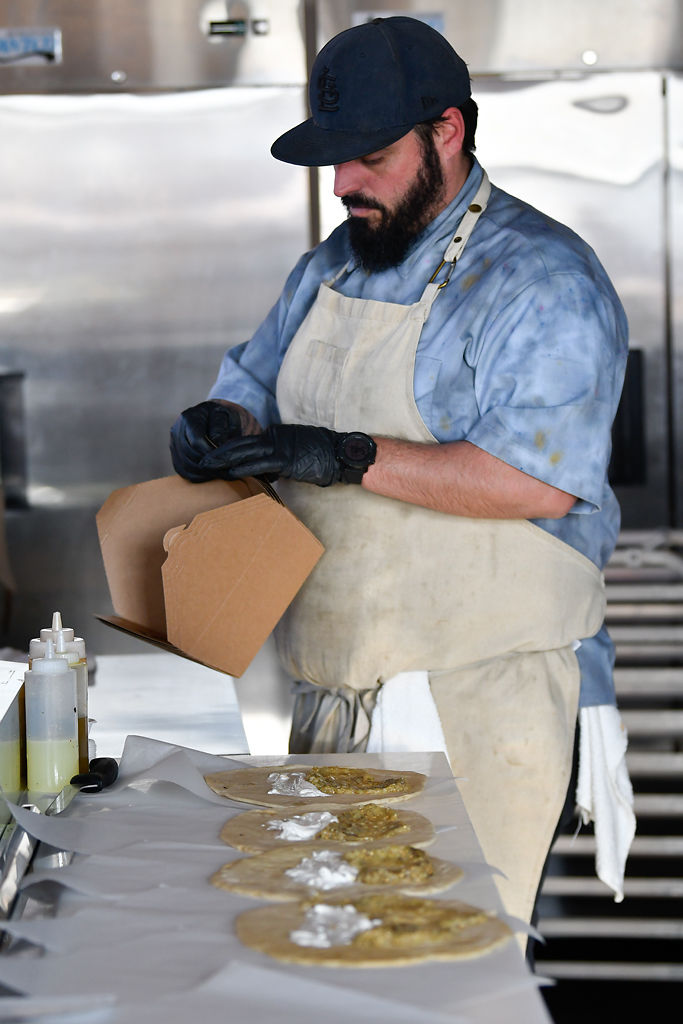 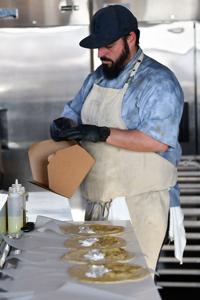 Beet Box owner Benjamin Hamrah prepares to box up meals Tuesday at Beet Box. Veterans United has been ordering 250 meals a day from local restaurants to donate to hospital workers. 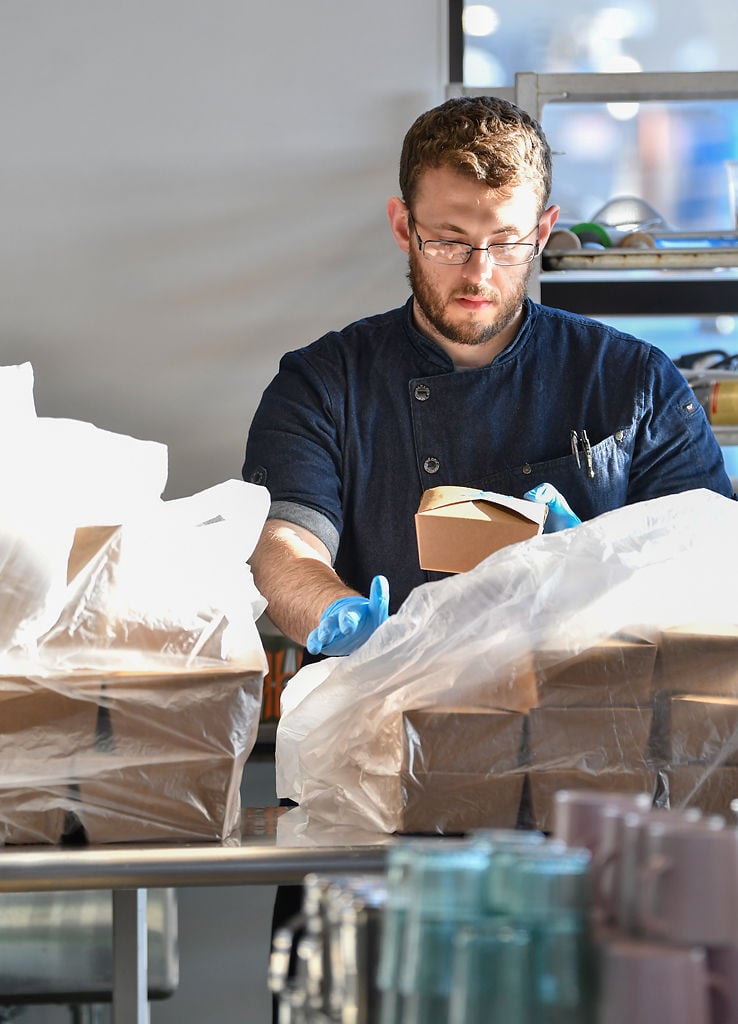 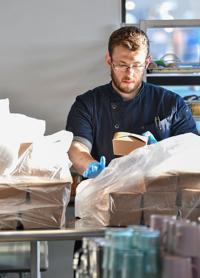 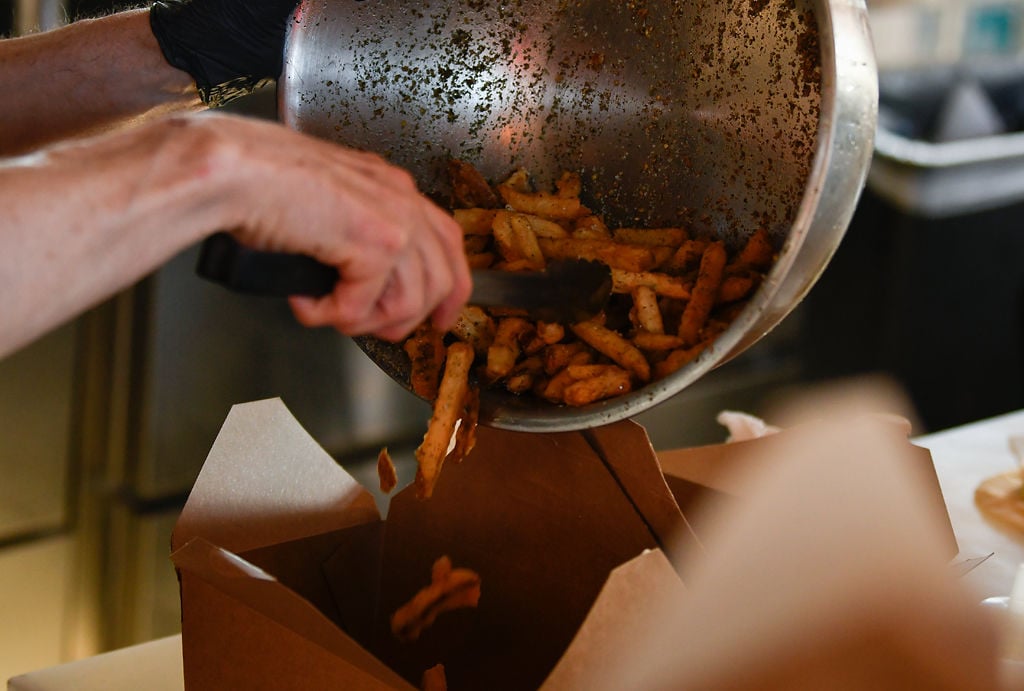 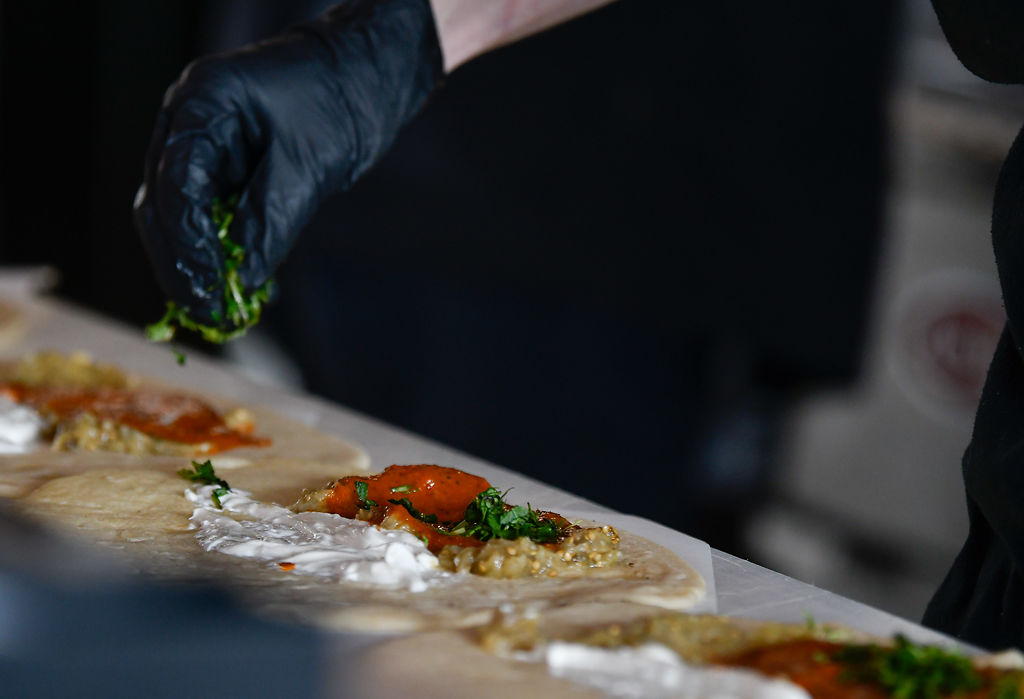 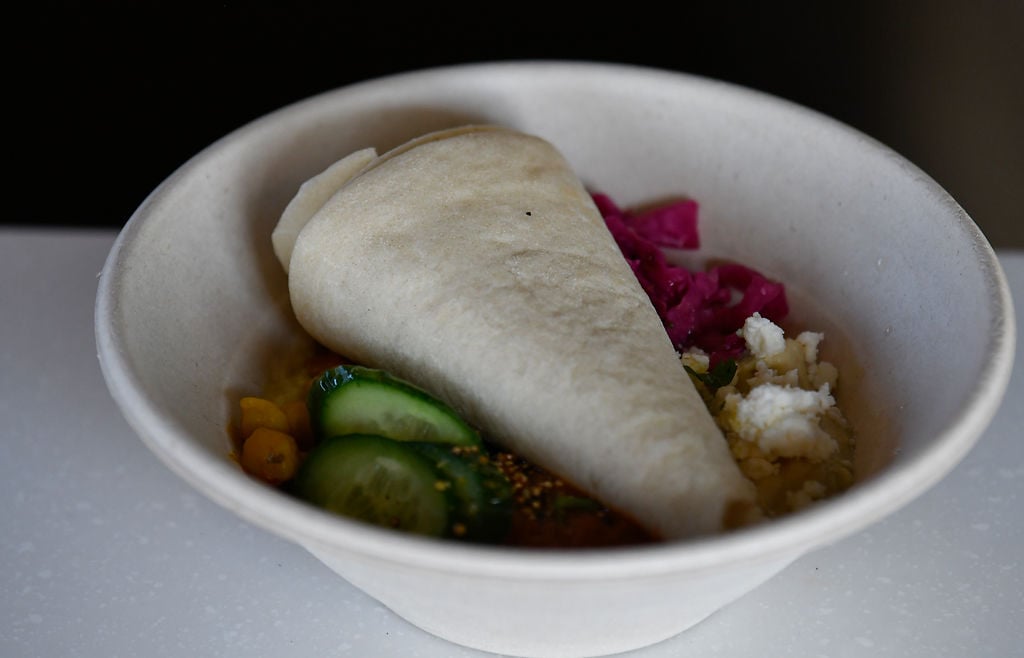 A dish features beets, cucumber, flatbread and other ingredients at Beet Box. Veterans United ordered 250 dishes from the restaurant to donate to local hospital staff workers.

Vinnie Debono, left, and Benjamin Hamrah finish preparing a bowl of udon noodles Tuesday at Beet Box. The udon bowl was promoted as a special by the restaurant on their Instagram.

Zach Osborne, left, and Jody Schomaker pack up an online order Tuesday at Beet Box. The restaurant is only doing delivery and carryout during this period of social distancing.

The donations started as a way of acknowledging the service of health care workers while supporting local businesses, said Loreli Wilson, Veterans United director of inclusion and social impact programs.

“While they support us, we wanted to support them by providing lunch and dinner and giving back to them,” Wilson said.

Wilson said that Veterans United’s social impact team began the donation process by calling locally owned small businesses that potentially suffer financially from the stay-at-home order. The company adopted a rotation of locally owned restaurants that have the ability to deliver individual boxed meals to the hospitals.

Beet Box is one of the restaurants from which Veterans United is purchasing meals for donation. Owner Ben Hamrah said that the restaurant’s fast-casual setup allows for easy delivery to the hospitals, along with curbside delivery and takeout.

Hamrah said that Beet Box is persevering during the stay-at-home order, despite a newfound difficulty in getting supplies.

“It’s getting by, but obviously the business is hurt. The good thing on the restaurant side is the support of this community is incredible,” he said.

Hamrah said he appreciates Veterans United for its part in supporting local restaurants, both through its recent meal donations and previous catered events.

“If there were 100 more companies like Veterans United, communities like this would be a lot better off,” Hamrah said.

Loethen said that Veterans United is one of several meal donors to Boone Hospital Center.

“We’re very appreciative and touched by our community,” she said.

Veterans United plans on continuing meal donations until at least April 12. Donations could extend beyond that date depending on need.

Out of the $1 million pledge, the $500,000 allocated to Columbia will go toward virus relief and supplies such as masks.