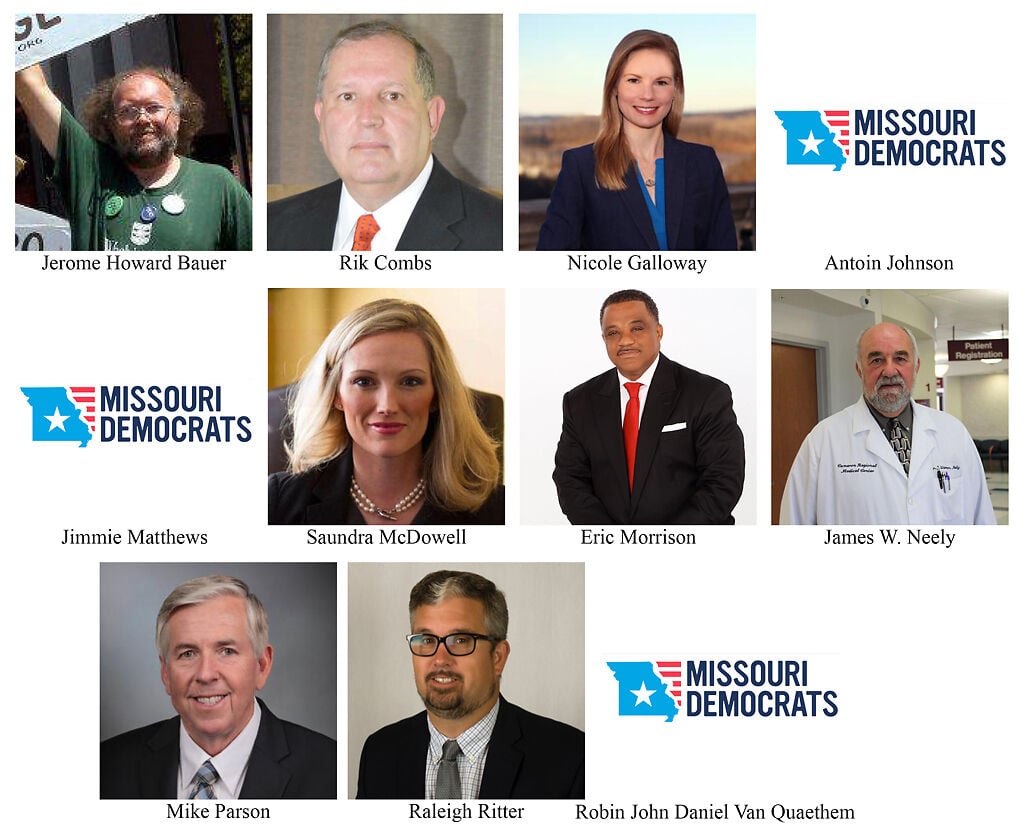 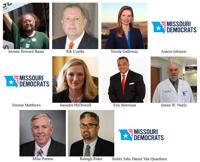 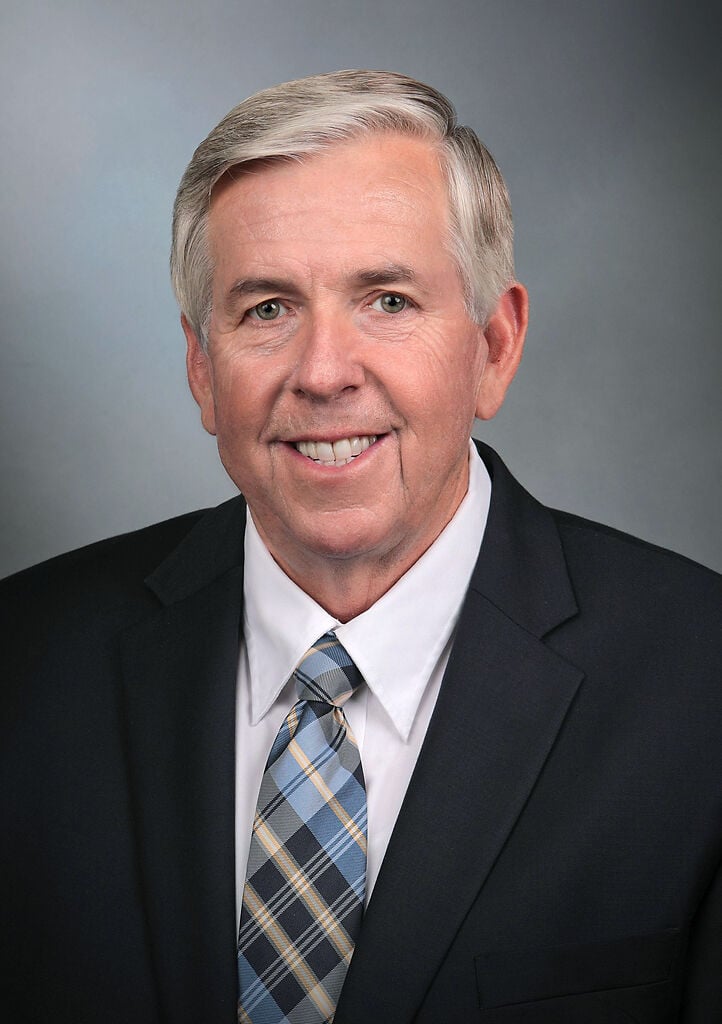 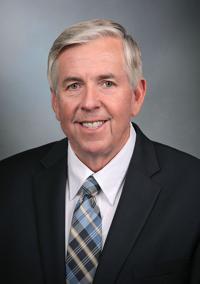 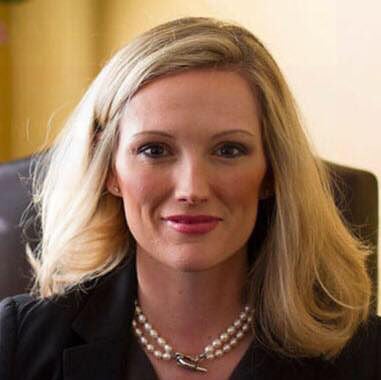 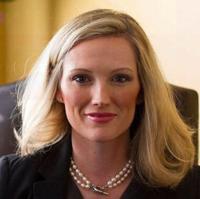 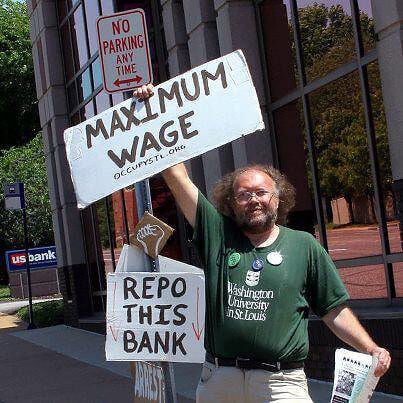 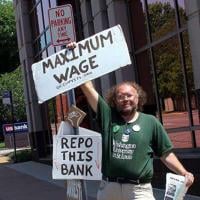 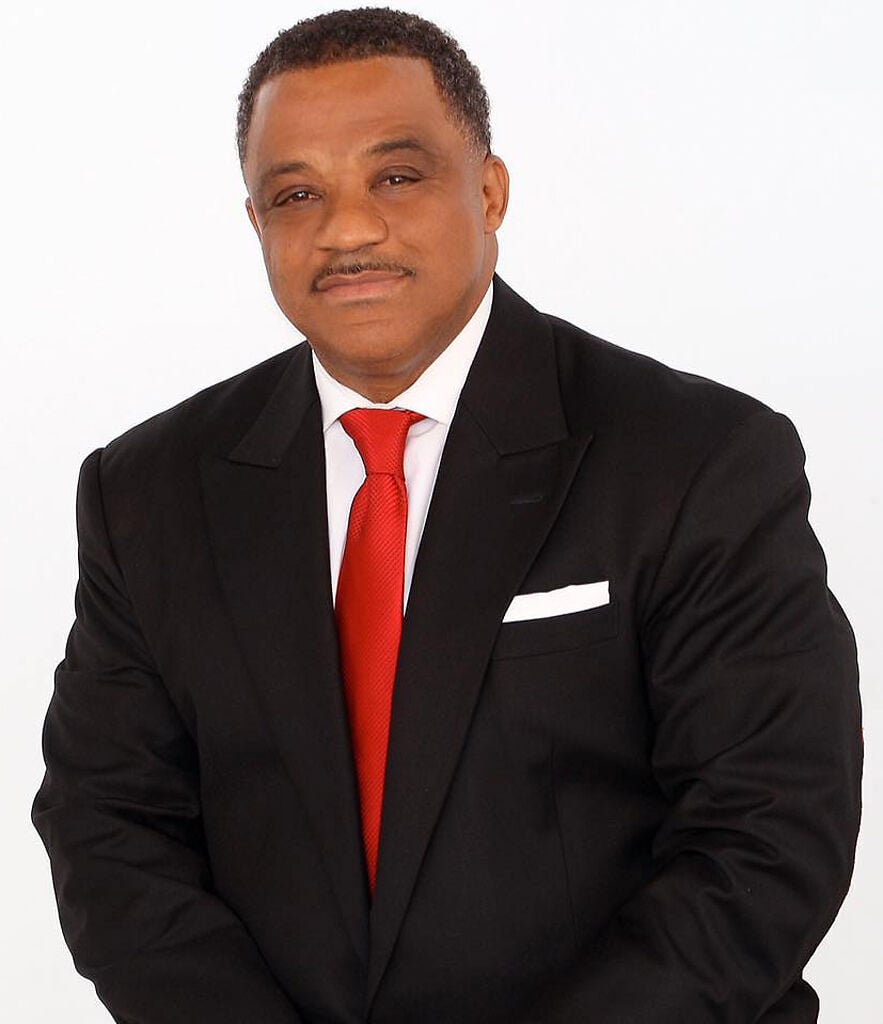 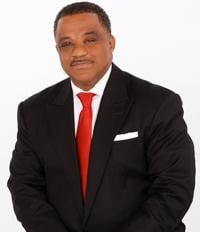 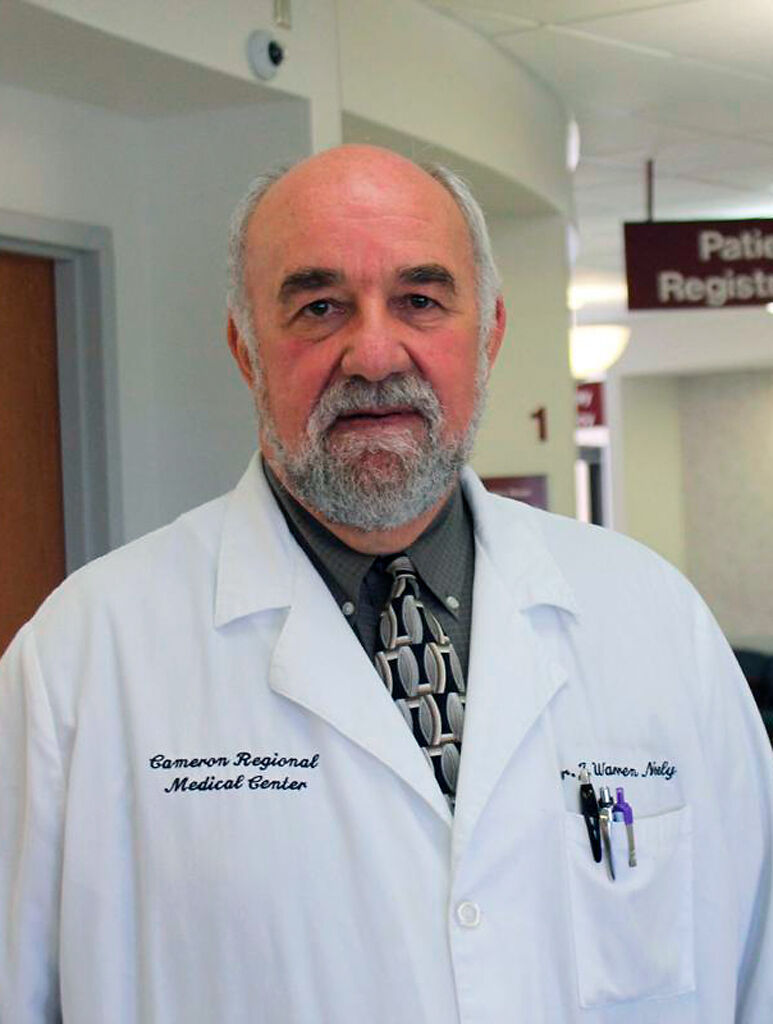 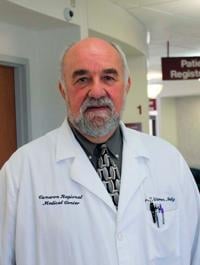 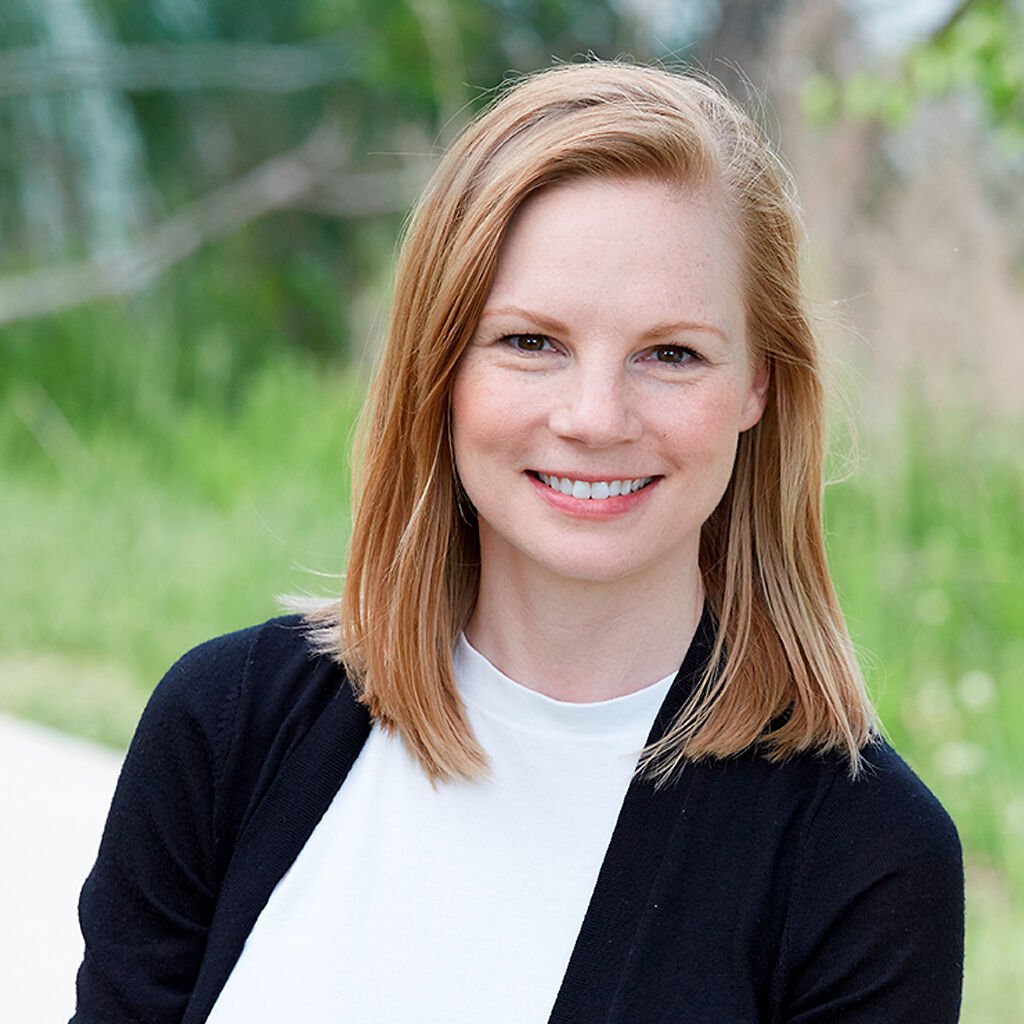 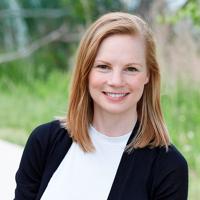 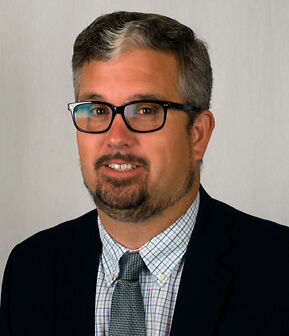 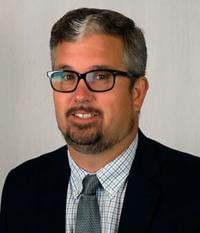 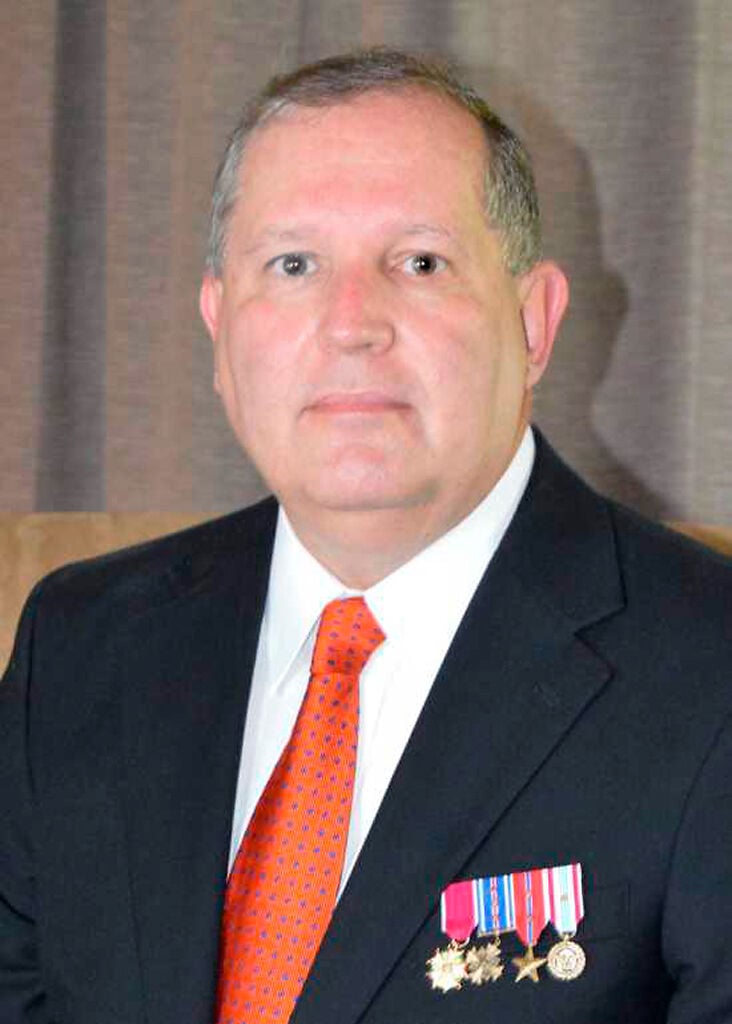 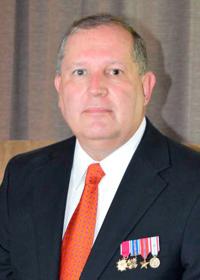 Republican incumbent Gov. Mike Parson and Democratic State Auditor Nicole Galloway are far and away the favorites to win their parties’ nominations for governor in Tuesday’s primary, but both have opponents trying to make their views heard.

The two major parties are the only ones with contested races on the ballot. The Libertarian and Green parties are offering one candidate each.

Here’s a look at who’s running:

Background: Co-owner of Ritter Rail and NRA life member since 2007.

Ritter pledges that if he’s elected he’ll represent the best interests of constituents while defending the Missouri and U.S. Constitutions. He also promises to protect Missourians’ rights. A life member of the NRA and former member of the NRA business alliance, he is a strong supporter of the Second Amendment and pledged to never support red flag laws or other gun control legislation. Ritter also opposes abortion.

An eighth-generation Missourian, Ritter began working at his family’s business in Seneca at a young age. He is now a co-owner of that family business and believes he has the strongest business background among Republican candidates. He wants to boost economic development by working with Missouri businesses and attracting others.

Ritter also works as a rancher in Senaca and promises to support Missouri’s agriculture sector.

Background: Parson served in the U.S. Army in the 1970s. He became a deputy at the Hickory County Sheriff’s Office in the early 1980s and criminal investigator at the Polk County Sheriff’s Office beginning in 1983. He was Polk County sheriff from 1992 to 2004. He served in the Missouri House and Senate before being elected lieutenant governor in 2016. He became governor in 2018 after Eric Greitens resigned.

When announcing his bid for the Republican nomination, Parson said it would likely be the last time he’d file for the position.

While in the legislature, Parson championed Missouri’s castle doctrine and the Missouri Farming Rights Amendment. As governor, he has advocated for workforce development and improved infrastructure — two issues he pledged to continue addressing. He has supported the Fast Track Workforce Incentive Grant, and a bonding plan worth $301 million to fix the state’s bridges.

Parson says he is committed to funding K-12 and higher education as fully as possible, which is why he opposes Medicaid expansion. The COVID-19 pandemic, however, has forced Parson to make large cuts to education and other departments.

Parson opposes abortion and signed legislation in 2019 that bans most abortions after eight weeks of pregnancy. Public safety and government efficiency also are among his priorities.

Occupation: Doctor of osteopathic medicine, long-term care medical director of the Cameron Regional Medical Center and member of the Missouri House of Representatives.

Education: Bachelor’s degree in business administration from MU, doctor of osteopathic medicine degree from the University of Health Sciences College of Medicine in Kansas City.

Background: Neely is a graduate of the Army ROTC program at MU, a U.S. Army veteran and a member of the American Legion. He served on the Cameron School Board from 1996 to 2005 and was elected into the Missouri House of Representatives in 2012, representing District 8.

Having worked as a physician in Missouri since 1987, Neely believes he best understands what it takes to preserve life. His campaign for governor promises Missourians that he will ensure every person’s right to life with anti-abortion policies and advocate for a more independent health care system. He pledges to leave health care decisions up to patients and opposes mask and vaccination mandates.

In 2015, Neely sponsored Missouri’s “right-to-try” law, which allows terminally ill patients to try experimental medications. He also sponsored bills allowing pharmaceutical companies to promote drugs and other products for uses not already approved by the Food and Drug Administration and to reduce the sales tax for feminine hygiene products in Missouri by over 3%.

Background: McDowell enlisted in the Air Force after high school and worked as a med tech stationed in Germany, acquiring the rank of tech sergeant. She formerly served as the director of enforcement for the Securities Division of the Missouri Secretary of State’s Office. She won the Republican nomination for state auditor in 2018.

McDowell pledges to advocate for greater access to government decision-making, from top-level officials at the state Capitol to county officials and school boards. She endorses bigger tax breaks for working citizens and small businesses and promises to veto increases in taxes. She also wants to shrink government and make it more efficient. She opposes abortion and believes taxes should not subsidize abortions. She is an advocate for constitutional rights, including the Second Amendment.

Education: Bachelor’s degree in applied mathematics and economics from Missouri University of Science and Technology; master’s degree in business administration from MU.

Galloway, the Democratic front-runner, serves as Missouri’s only female and Democratic statewide officer holder. Leveraging her experience as state auditor, Galloway has run a campaign focused on government accountability and transparency, railing against Parson and Missouri Republicans’ dark money and “secret deals.”

Touting a “New Way” platform, Galloway promises to restore health care and expand Medicaid, provide further oversight of police, invest in education, and implement a number of economic and public health measures to curb the spread of COVID-19.

Background: Sserves as the 3rd jurisdictional bishop in the New Vision World wide Fellowship of Churches.

Matthews is a longtime pursuant of public service, having run in countless races in St. Louis, including a bid for mayor. Many of his proposed policies and promises are rooted in serving minority communities within the state.

Background: Combs grew up on a cattle farm in Charlotte County, Florida. Upon graduating from the University of Alabama, he joined the U.S. Air Force. While on active duty, he completed his master’s and doctoral degrees. He retired as a field grade officer and became the CEO of Baron AG in Gainesville, Florida, from 2006 to 2009. In 2009, he relocated to Jefferson City.

Combs believes in limited government and lower taxes. He is pro-life and pro-guns. He also believes that Missouri and the U.S. have been controlled by special interests, machine politics and establishment insiders for too long.

Religion is central to his life. He is an active member of Trinity Lutheran Church. He believes that a person’s ability to defend his family and neighbors is the highest calling and responsibility bestowed by God.

Background: Bauer has run for political office as a Green Party candidate eight times, first in 2013, for St. Louis city comptroller, and most recently, for president of the board of aldermen of St. Louis.

His platform includes three major points. He advocates for universal health care, disability rights (he has a visual impairment) and public transportation. He wants to expand Missouri’s transit systems and biking and walking paths across the state.

Precautions will be in place during 2020 primary election Tuesday

Voters will see signs in polling locations that encourage them to keep social distancing and wear masks.