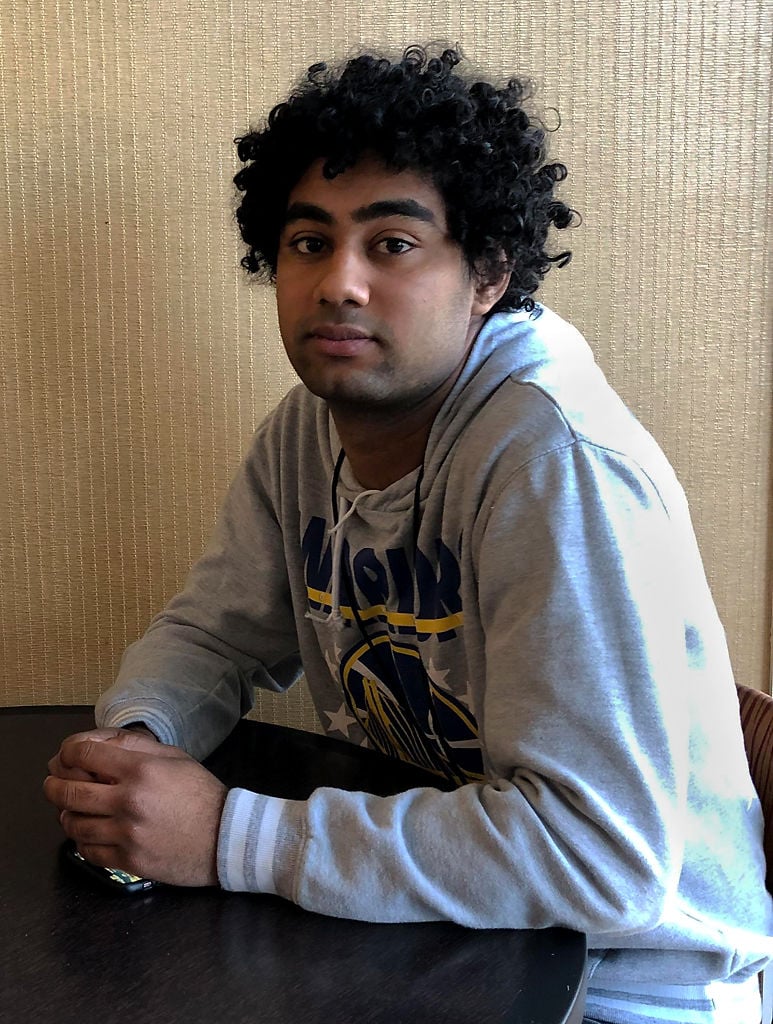 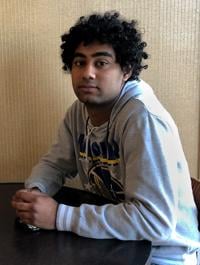 Jefferson Luce, 25, dislikes how the primary election system narrows his choices when it comes time for the general election in November. "It's like, oh, 'Pick one or pick the other,'" he said. "And I don’t go to either side." 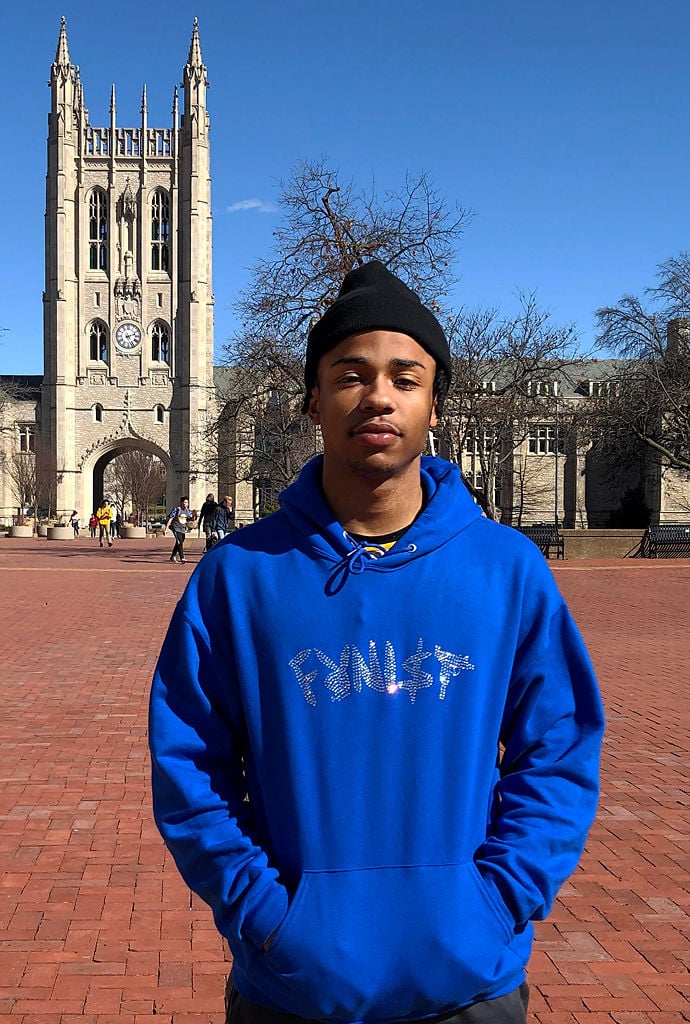 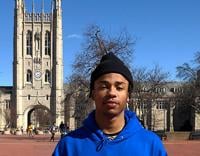 Daval Torres, 20, does not plan to vote Tuesday or in the general election in November. He said he doesn’t vote because he doesn’t feel that he is educated enough to make a good decision. 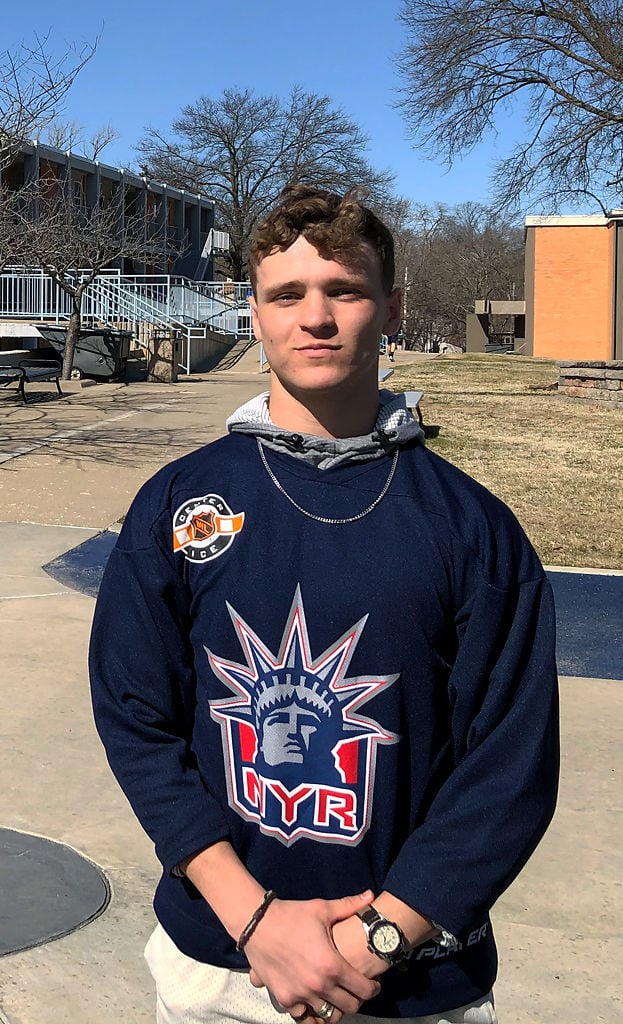 Columbia College sophomore Trevor Boren thinks that while he may not vote when he’s young, he’ll probably decide to start voting later in life. Boren did not vote in the 2018 midterm election.

Jefferson Luce, 25, dislikes how the primary election system narrows his choices when it comes time for the general election in November. "It's like, oh, 'Pick one or pick the other,'" he said. "And I don’t go to either side."

Daval Torres, 20, does not plan to vote Tuesday or in the general election in November. He said he doesn’t vote because he doesn’t feel that he is educated enough to make a good decision.

Columbia College sophomore Trevor Boren thinks that while he may not vote when he’s young, he’ll probably decide to start voting later in life. Boren did not vote in the 2018 midterm election.

With the incoming election season many hopeful politicians are doing everything they can to capture the votes of younger Americans.

The problem is a lot of those young people are unlikely to cast ballots.

In last week's Super Tuesday presidential primaries, voter turnout was higher than in 2016 in every age group except young people. Young voters made up 20% of voters in Texas in 2016 but only 15% in 2020, according to exit polls. It remains to be seen whether young voters will turn out when the primaries come to Missouri on Tuesday, but if it’s anything like past years, many will stay home.

Ciara Kay, 22, is one of them. Kay has never voted; she doesn’t like the way presidential elections work in this country.

"If you think about it, our vote doesn’t really matter because the electoral college has the final say, and they don’t always go with the popular vote," Kay said, adding that there are lots of other reasons young people might not vote.

Daval Torres, 20, voted in the 2018 mid-term elections but said he doesn’t plan to vote Tuesday or in the November general election.

"Obviously, voting is important," he said, "But I just feel like I don’t like involving myself in things I don’t necessarily know everything about."

Torres said a big reason he doesn’t feel he knows enough to vote is that candidates and elected officials aren’t always honest.

"The information we get from politicians and stuff, it’s not always 100% accurate," he said.

"I think (elections) are good for changes," she said. "I think there is need for change ... I don’t know. I just feel like sometimes my voice is too small."

Crowell said if people want to understand young voters, they need to think about problems that pertain more to young people.

"Most of the time our issues are never brought forward in the political system," Crowell said. She does think she'll become a voter in the future.

Jefferson Luce, 25, who is originally from Brazil but is now a U.S. citizen, doesn’t vote because he dislikes the candidates and the U.S. political system.

"It's like, oh, 'Pick one or pick the other,'" he said. "And I don’t go to either side. I like some things one party does, some things the other party does."

Luce doesn’t like how the primaries narrow his choices when it comes time to make the final decision in the general election.

"Say I liked Andrew Yang, and he dropped out, but now I can’t vote for him," he said. "So now I’m forced to pick between these two people I don’t like. If I want to vote for him, I should still be able to vote for him."

Trevor Boren, 20, a business and health care management student at Columbia College, said he didn’t vote in 2018 and hasn't decided if he’ll vote this time around.

"Honestly, I just don’t pay close enough attention to politics to really get an input," he said. "I just don’t have enough time to study politics, and I’m not just going to blindly vote for something that I’m not educated on."

He said his friends feel the same way. Boren plays on Columbia College’s lacrosse team, and most of his friends are also athletes.

"We are very busy," Boren said. "We are student-athletes. We don’t have all the time in the world to study all that stuff."

"I’d be more inclined to study politics once I feel like it really takes a toll on my life," Boren said. "But I don’t really have a job or an income right now, so it doesn’t really come to me very often."

While these reasons are anecdotal, they don't stray too far from what the research has to say. There are many reasons young people don't vote, but the Center for Information and Research on Civic Learning & Engagement at Tufts University identified the biggest factors.

Among youth, the most common reason given for not voting was not liking the candidates or the issues. Sixty-five percent of respondents ages 18 to 29 listed that as a major or minor reason they didn't vote, according to their research. Another 45.5% of young people said they were either too busy or had a conflict on Election Day, and 27.5% said they were out of town during the election.

The research also found problems with voter ID, lack of voter registration, lack of transportation to the polling location, long lines at polling places and inconvenient voting locations or hours.

Another tactic Lennon's office is trying is to get voters engaged before they are old enough to vote. Their youth election participation program allows high school students to work at the polls on Election Day even before they turn 18.

Lennon is also particularly interested in getting more college-age people to vote.

"I'll be very interested to see if that changes over the course of the year," Lennon said, "Because college students have been so active in getting people registered to vote."