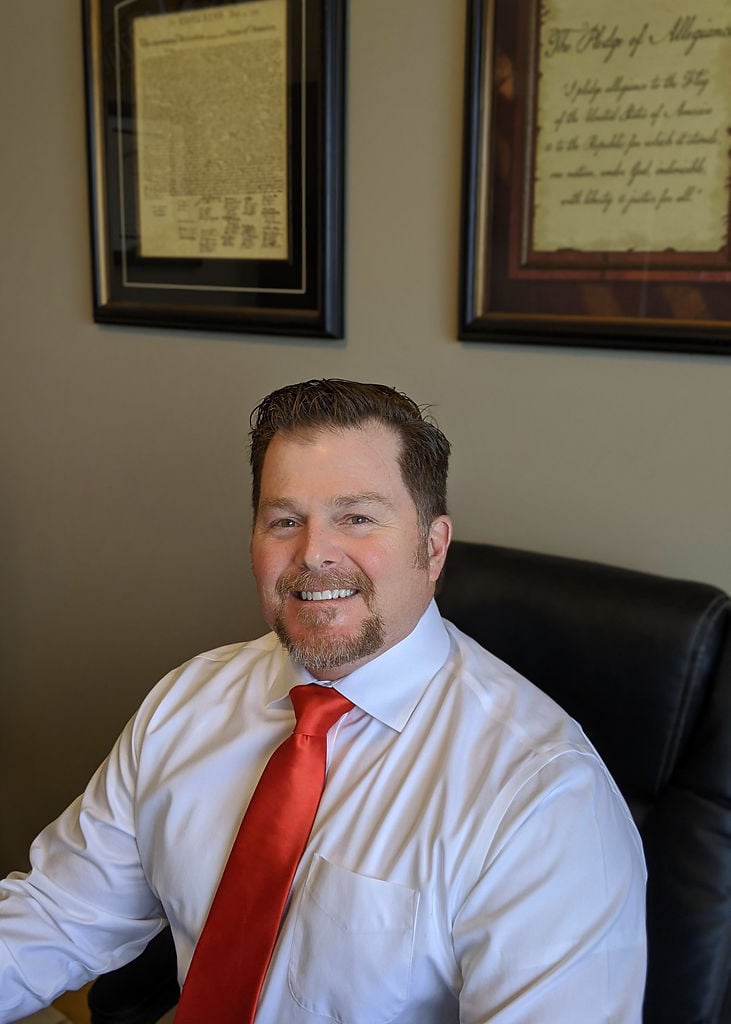 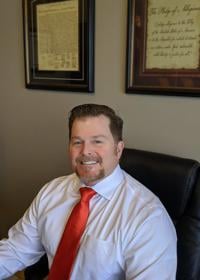 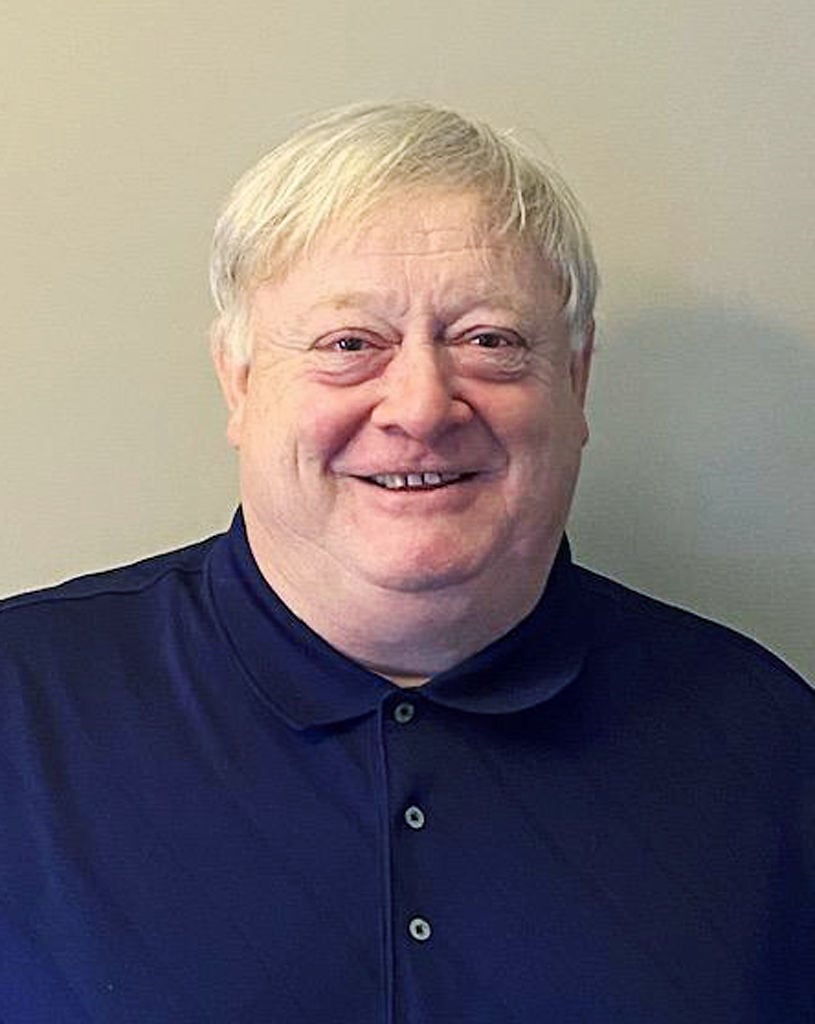 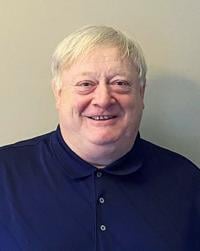 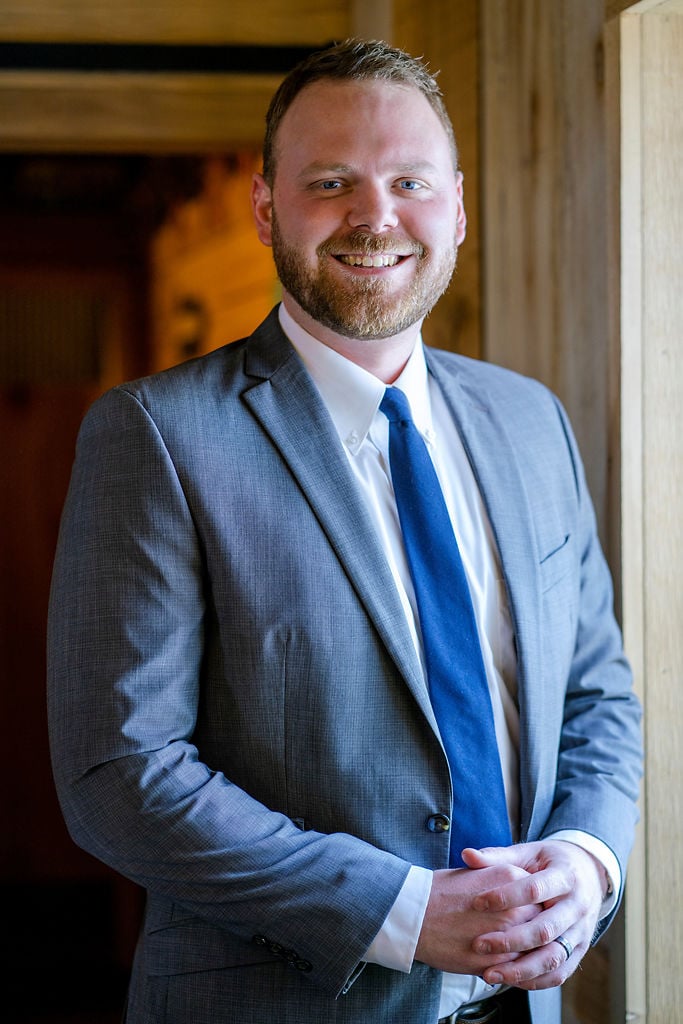 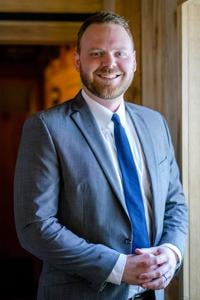 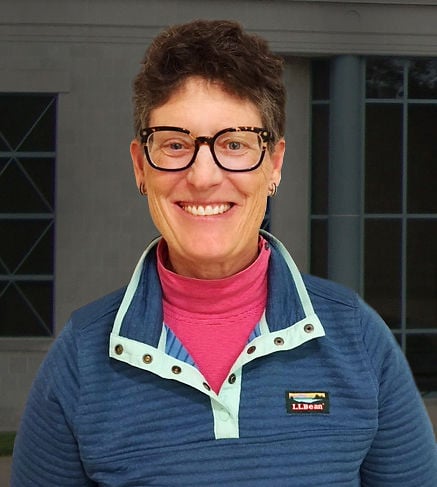 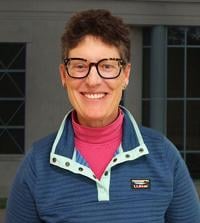 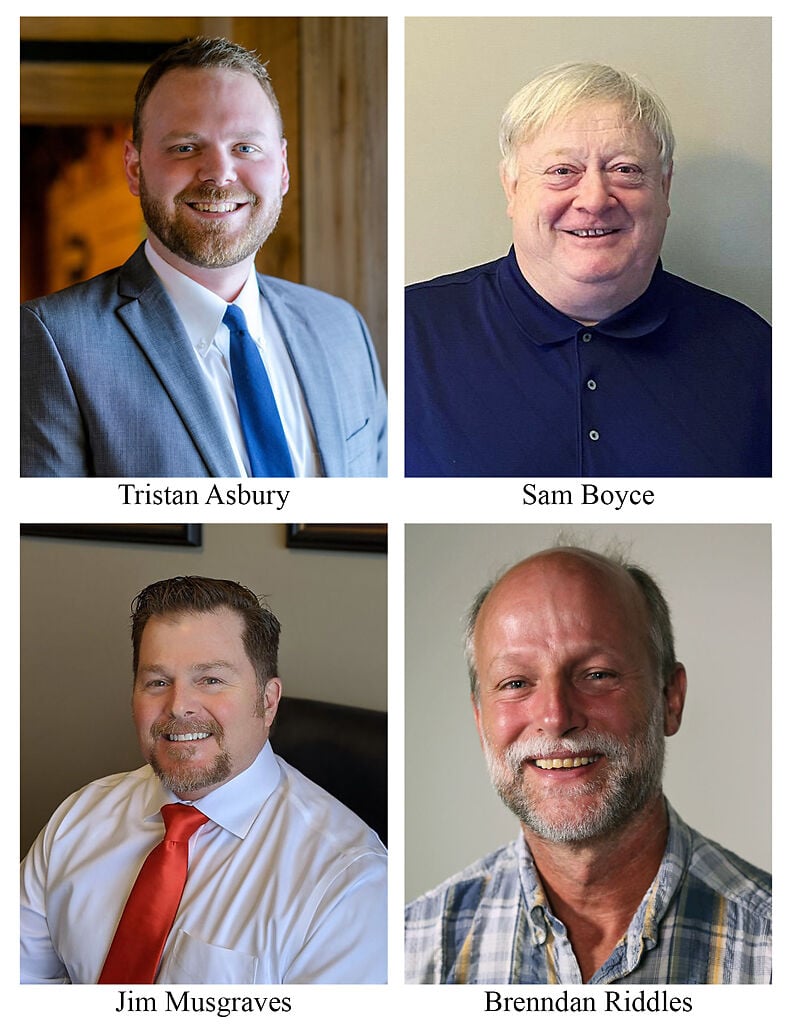 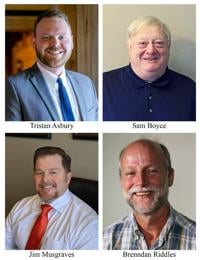 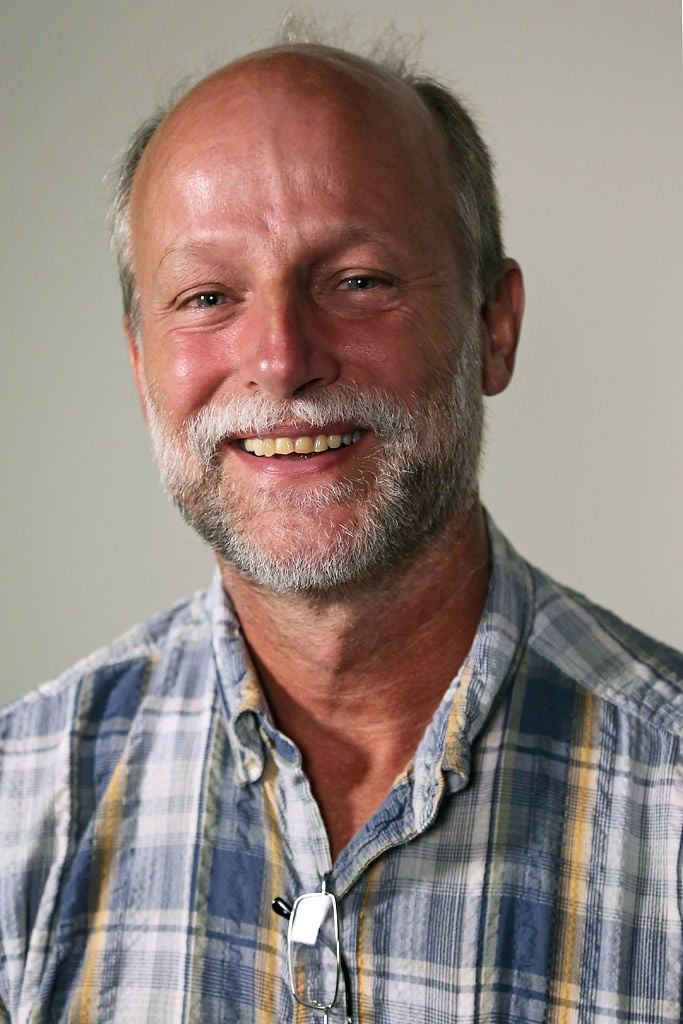 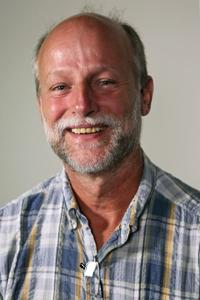 There’s a lot of competition among Republicans in Tuesday’s primary for the opportunity to challenge Boone County Northern District Commissioner Janet Thompson, a Democrat seeking her third four-year term on the commission.

Four Republicans — Brenndan Riddles, Jim Musgraves, Sam Boyce and Tristan Asbury — are competing for their party’s nomination for the job. Thompson has no primary opponent, so she and the winner of the Republican primary will face off in the general election Nov. 3.

In the Southern District, incumbent Republican Fred Parry and Democratic challenger Justin Aldred have no primary opponents. They, too, will compete for that job in November.

When the COVID-19 pandemic arrived, the Columbia/Boone County Department of Health and Human Services, like governments around the globe, issued stay-at-home orders in an effort to curb the spread of the virus. While doctors and health professionals agree this move saved lives, it caused economic upheaval, and some continue to question whether the shutdown was necessary.

Riddles was unhappy with the decision.

“I think they completely overreacted,” Riddles said. “How much economic damage have we done? How many families have been denied the right to support themselves? How much psychological damage has been done to the people of Boone County?”

Riddles said he would have focused on protecting people at higher risk for complications due to the virus.

“Decisions were made strictly on a health basis,” he said. “They didn’t take into account the economic factors related to businesses closing their doors and folks losing their jobs.”

Asbury believes those making decisions had no skin in the game.

Boyce said that “for the most part,” the county has “probably done OK,” but he doesn’t think the economy should have been shut down.

In the past two months, the county saw a rapid increase in new coronavirus cases. Asbury attributed that to increased testing, but the data disproves that theory. As cases rose in Boone County, the number of tests conducted did not.

Musgraves believes the coronavirus poses less of a threat in Boone County than in other parts of the country. He cited the fact that there have been only three deaths.

On July 6, the Columbia City Council passed an emergency ordinance requiring the use of face masks when people are in public and when they gather privately with others outside their household. Riddles strongly opposes a similar rule for the entire county, and there are no plans at this point to impose one.

Riddles also worries that masks will prevent people from building up an immunity to the virus.

“The best vaccine is limited exposure,” Riddles said, explaining that he believes one of the best ways to fight the virus is to “let the immune system do its job” and walk past someone contagious with COVID-19, being exposed to a small amount of the virus. He cited no scientific evidence for his claim.

Riddles also doubts that masks prevent transmission of the virus. “We’re basically talking about filtering BBs with a chain-link fence,” he said.

The Centers for Disease Control and Prevention’s website lists several studies that demonstrate the effectiveness of masks. One of those studies, conducted by researchers from Qingdao Agricultural University in China, showed medical and homemade masks blocked 97.14% and 95.15% of the virus in aerosols, respectively.

Boyce said that he was OK with requiring masks in indoor settings.

Boone County recently received $21.2 million in federal funding through the CARES Act, an economic relief program meant to mitigate the economic effects of the pandemic.

Columbia Mayor Brian Treece believes the money should be distributed to cities and towns in the county on a per-capita basis. He and the rest of the City Council signed a letter to the commission asking for more than $14 million. Musgraves said that’s a good argument, but there are more factors to consider.

Boyce wants some of that money to go to smaller towns such as Harrisburg and Centralia that he feels haven’t received enough attention in the past, while Riddles wants to see support for small businesses. Asbury said he needs more information.

More than a year ago, E.ON Climate & Renewables notified residents of northwestern Boone County of a plan to establish a wind farm spanning about 20,000 acres in the Harrisburg area.

This prompted a debate between those who worry about the noise, safety and efficiency of the wind farms and those interested in the added income from leasing out their land and increased tax revenue that could improve schools and other public services.

Meanwhile, E.ON has transferred its renewable energy business to WRE, and the Boone County Planning and Zoning Commission has been working to draft zoning rules to regulate wind farms.

Boyce is “100% against” the idea. He believes wind farms are inefficient and worries about their noise, their impact on property values and whether they might kill birds.

Riddles doesn’t believe wind turbines are economically viable. He doesn’t think they produce enough energy to justify the cost of maintenance and construction.

“In short, the life cycle doesn’t justify it,” he said. “It’s a nice feel-good project, but when you take government funding out of it, it can’t stand on its own.”

Musgraves supports individual property rights and believes residents should decide whether they want turbines on their property. Asbury said E.ON provided too little information about its plans. He wants to support property rights but also worries about property values.

Even before the pandemic, the county was facing a dilemma as an increase in online shopping, which the county is unable to tax, has led to a significant decline in sales tax revenue. The coronavirus has only compounded the situation by causing many businesses to shutter and dampening consumer spending.

The impact on the county budget has been significant, but the commission candidates don’t agree on what to do about it.

Musgraves promised that, if elected, he will propose a $10,000 a year pay cut for all three county commissioners to help decrease spending.

The presiding commissioner’s salary is $102,357 per year, and the two district commissioners’ make $100,339 a year, according to the Boone County Human Resources and Risk Management Department.

Musgraves said another place he would look to cut is the county budget for contractual services. This year’s budget shows a total of $26.7 million in such services. Just $3.4 million of that is in the general fund, while $11.3 million is contracted out through the tax-supported Children’s Services Fund and $9.1 million through the Road and Bridge Fund.

Boyce wants to increase tax revenue by aggressively encouraging new industry and business that will contribute more in taxes.

Asbury also wants to encourage new business and cut spending, although he offered no specifics on the latter.

Riddles, too, said the county needs to spend less money. “They’re gonna have to tighten their belt like everyone else,” Riddles said. “There’s going to be cuts.”

The Columbia and Boone County Planning and Zoning commissions are in the early stages of establishing a West Area Plan that would guide development of a nearly 30-square-mile area west of the Columbia city limits.

Riddles said that the county cannot feasibly proceed with the West Area Plan until the city finishes sewage projects in the area. The Columbia City Council, however, rejected a plan to extend a $4.3 million sewer line to the Midway area in September 2018, in part out of concern that it would encourage urban sprawl.

Boyce thinks the biggest priority going forward with the plan is to ensure the county doesn’t encourage businesses such as MidwayUSA from relocating. The shooting and outdoor accessories company is building a new plant at Route J and U.S. 40 that will replace its current complex on Van Horn Tavern Road.

Asbury said growth is important to the county and Columbia, but he wants to do more research before commenting on the West Area Plan. Musgraves said he had never heard of the plan.

Thompson weighed in on the same issues as the Republican candidates. She said she supports the wearing of face masks to slow the spread of COVID-19 and would support a mandatory mask rule if the Health Department called for it.

“The data is very clear that masks help,” she said. “I don’t understand why people are making it a political issue.”

To figure out how to distribute CARES Act funding, Thompson and her commission colleagues have voted to work with a software company to establish an online portal where groups such as businesses, nonprofits and governmental bodies can apply for funding. Thompson has said that will allow the commission to compare apples to oranges when deciding how to dole out the money.

As for the wind farm, Thompson said the issue boils down to whether the project is economically viable, if northwestern Boone County has sufficient wind to meet WRE’s energy production goals and the impact wind turbines would have on neighbors.

Thompson believes the Missouri General Assembly is largely to blame for the county’s declining tax revenue because it has failed to pass legislation allowing counties to tax online sales. Unlike a few of the Republican candidates, she said the answer is not to cut spending because the county’s most expensive services are essential.

Thompson noted that the majority of the county’s budget goes to law enforcement, corrections and the courts.

“It’s really easy for people to say, ‘yeah, cut spending,’ but for instance, the Sheriff’s Department right now: We need more deputies on the road, not less,” she said.

“When people start talking about that, they’re not looking at the whole picture.”

The Republican, Democrat, Libertarian and Green parties each have one candidate on next Tuesday's ballot.