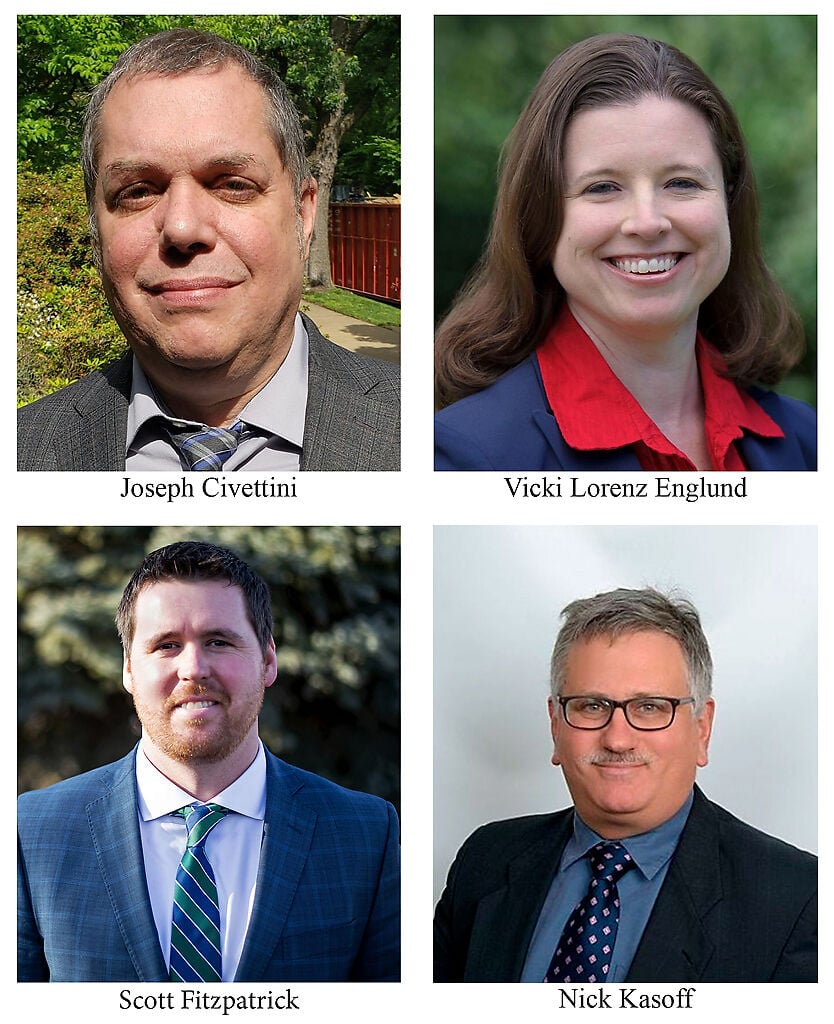 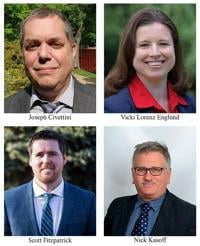 {span}Four people are unopposed for their party’s nominations for Missouri state treasurer. {/span}

Scott Fitzpatrick who was the House Budget Committee Chairman, talks about the state of the fiscal budget Nov. 14, 2017, at Daniel Boone Regional Library. Fitzpatrick was named today as the new state treasurer

The four candidates for Missouri state treasurer on next Tuesday’s primary ballot have a good shot at making it to the November general election.

That’s because none of them has an opponent.

Republican incumbent Scott Fitzpatrick hopes to win election to the post that Gov. Mike Parson appointed him to fill after he moved former State Treasurer Eric Schmitt to the position of attorney general to replace now-U.S. Sen. Josh Hawley. Fitzpatrick faces one challenger each from the Democratic, Libertarian and Green parties.

Here’s a look at who’s running.

Education: Bachelor’s degree in business administration from the University of Missouri-Columbia, 2010

Background: Gov. Mike Parson appointed Fitzpatrick to the position of state treasurer to replace Eric Schmitt, whom he appointed to be attorney general. Fitzpatrick is the founder and CEO of MariCorp U.S.; a member of the board of directors for the Cassville Area YMCA and the Shell Knob Senior Center; and a past member of the Cox Health Young Professionals Council. He was the 158th District state representative from 2013 to 2019.

Fitzpatrick prioritizes the preservation of Missouri’s financial health, the improvement of financial literacy and the promotion of entrepreneurship and job creation.

Fitzpatrick said he makes it part of his job as treasurer to speak to groups about “saving for the future” through initiatives such as the 529 College Savings Plan and the MO ABLE program, which allows people with disabilities and their families to save up to $15,000 per year, tax-free, without losing federal benefits.

“Financial literacy, something that crosses every socioeconomic and demographic group, is important regardless of where you live or what your background is,” Fitzpatrick said.

Given his experience running his own business, Fitzpatrick said he cares about the development of small businesses and works closely with other agencies and government departments to help any business struggling with its interactions with government.

Fitzpatrick said he is a fiscal conservative who advocates for conservative budgets that are balanced and based on realistic revenue estimates. He said will continue to oppose policies that challenge the financial health of the state.

“One of those is Medicaid expansion,” he said. “I don’t think the state can afford that without making some substantial sacrifices on other areas of the budget that people probably are not going to want to make, like education.”

Englund’s priorities include public health, a coronavirus economic recovery plan and financial literacy. She said the recovery plan should be made in cooperation with the private sector and “focus loans specifically to small business owners and areas that have been hit hardest by COVID-19.” She is also a proponent of a statewide mask mandate.

Englund said one role of the state treasurer’s office is to boost financial literacy by focusing on the “unbanked community,” people who don’t put their money in banks and are hit hard when they lose their jobs.

Englund said she is committed to inclusion. She plans to create “a minority-owned, small-business loan program” that would help such enterprises thrive.

“When you have a business that’s thriving in minority community, that helps the whole community,” she said.

Englund also plans to convert to online auctions for unclaimed property, a move she says will save money and gain a wider audience.

Education: Bachelor’s degree in economics and computer science from the State University of New York at Potsdam, 1986

Background: Kasoff has been an information systems consultant since 1988 and a landlord since 2006.

Kasoff plans to streamline processes of the treasurer’s office by using technology, make the office as environmentally responsible as possible and end “gimmicks” such as the 529 College Savings Plan.

Kasoff said the treasurer’s office could create a simple database matching the information held by the Missouri Department of Revenue with the unclaimed property database.

“That’s No. 1, streamline the operations and make wise use of technology,” he said.

One way to make the office more environmentally responsible, he said, is to stop sending out postcards alerting people to unclaimed property. That, he said, is a “waste of paper, waste of money.”

“I’m sure there are lots of other things in the state treasurer’s office where we could reduce the environmental impact of state government.”

Kasoff said “gimmicks” like the 529 plan are just promotions for the state treasurer.

“I really hate it when elected officials use government money to make themselves look good,” Kasoff said. “That kind of gimmick will come to an end if I’m the state treasurer.”

Education: Studied at University of Pittsburgh

Civettini could not be reached for comment. The Green Party describes its members as feminists and anti-racists who are proponents of gender equality and gender diversity and opponents of capitalism, according to its website.

The Aug. 4 primary features contested races for the Republican and Libertarian nominations, while only one Democrat is on the ballot.