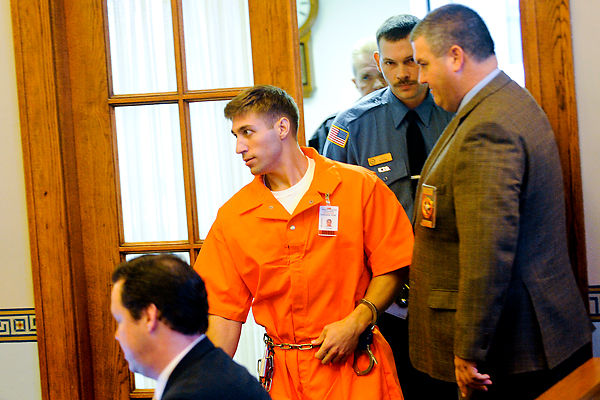 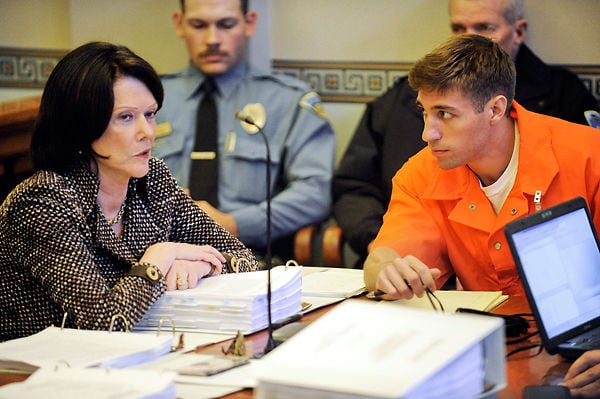 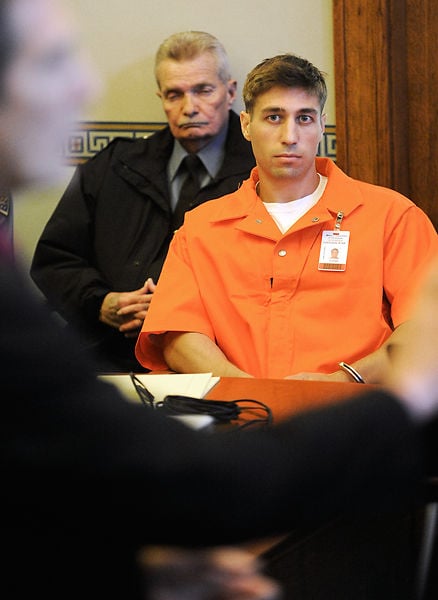 This is an earlier version of an article that has been updated.

JEFFERSON CITY — After being postponed for nearly six months, testimony began Monday in Ryan Ferguson’s evidentiary hearing for a new trial after his 2005 conviction in the 2001 killing of Columbia Daily Tribune sports editor Kent Heitholt.

After opening statements, the court spent the bulk of the morning watching a videotaped deposition of Jerry Trump, a former janitor at the Tribune, discussing his affidavits that recanted his trial testimony. On the stand in 2005, Trump identified Ferguson and Charles “Chuck” Erickson as the men he said he saw in the Tribune parking lot the night of the murder.

Ferguson was convicted of second-degree murder and first-degree robbery in the strangling death of Heitholt, 48. Erickson, a former classmate of Ferguson's, testified during the trial that he and Ferguson had killed Heitholt together.

Ferguson, appearing in court in an orange prison jumpsuit, looked to his family seated in the second row among other supporters in the full Cole County Circuit courtroom. About 50 people watched from the gallery as proceedings began.

In her opening statement, Ferguson’s attorney, Kathleen Zellner, highlighted Trump and Erickson’s recanted testimonies as the linchpins of the defense’s argument. Erickson has now claimed full responsibility for Heitholt’s killing but maintains that Ferguson was with him when it happened. Ferguson nodded along slightly as Zellner spoke.

Zellner also said they would call Michael Boyd, then a sports reporter working under Heitholt at the Tribune, to "establish a timeline" of what happened the night of Heitholt’s death.

Kimberly Bennett, who saw Ferguson and Erickson at By George, a former Columbia dance club, was expected to corroborate Ferguson’s story that he and Erickson left the club in Ferguson’s car. Further, Zellner said the court would hear a 20-page revised affidavit Erickson typed in prison.

“It’s shocking that it’s taken this long, but I think we all believe in the judicial system,” Zellner said. “We all believe that ultimately we can get to the truth.”

The state argued there is no new evidence in the Ferguson case — any discrepancies in Erickson’s testimony stem from “the realities of prison,” said Assistant Attorney General Ted Bruce. To avoid the “snitch label” that he picked up by implicating Ferguson, Erickson recanted, Bruce said.

Trump’s videotaped deposition took up the majority of the morning’s proceedings. Under questioning by Zellner and Assistant Attorney General Ted Bruce, Trump confirmed that he could not identify the two men he saw in the Tribune’s parking lot the night of Heitholt’s murder. He said he did not know whether the men in the lot were involved in Heitholt’s death.

Zellner and Bruce also asked Trump about his testimony that his wife had sent him an article with pictures of Ferguson and Erickson while he was serving time for a sex offense. In his affidavit and deposition, Trump said he didn’t see the newspaper with that article until then-Boone County Prosecutor Kevin Crane showed it to him.

Trump hesitated when asked if he had given false testimony during the trial. He said he identified Ferguson and Erickson as the men Trump saw in the lot because he thought it was “expected of me.” He said that he believed the conviction was a “done deal” and that his testimony could be “helpful,” though he noted in his deposition that he didn’t know if he was ever confident of Ferguson’s involvement.

“Probably in my own mind I added it to the story that they were the ones I saw,” Trump said in his deposition.

To this, Ferguson’s supporters smiled and a few patted Ferguson’s father, Bill Ferguson, on the back.

Court recessed for lunch at about noon and was scheduled to reconvene at about 1:15 p.m.

Erickson's attorney plans to file a petition for writ of habeas corpus — the last legal method available to clear his name. He pleaded guilty in 2004 to charges related to the killing of Columbia Daily Tribune sports editor Kent Heitholt and is serving a 25-year sentence.