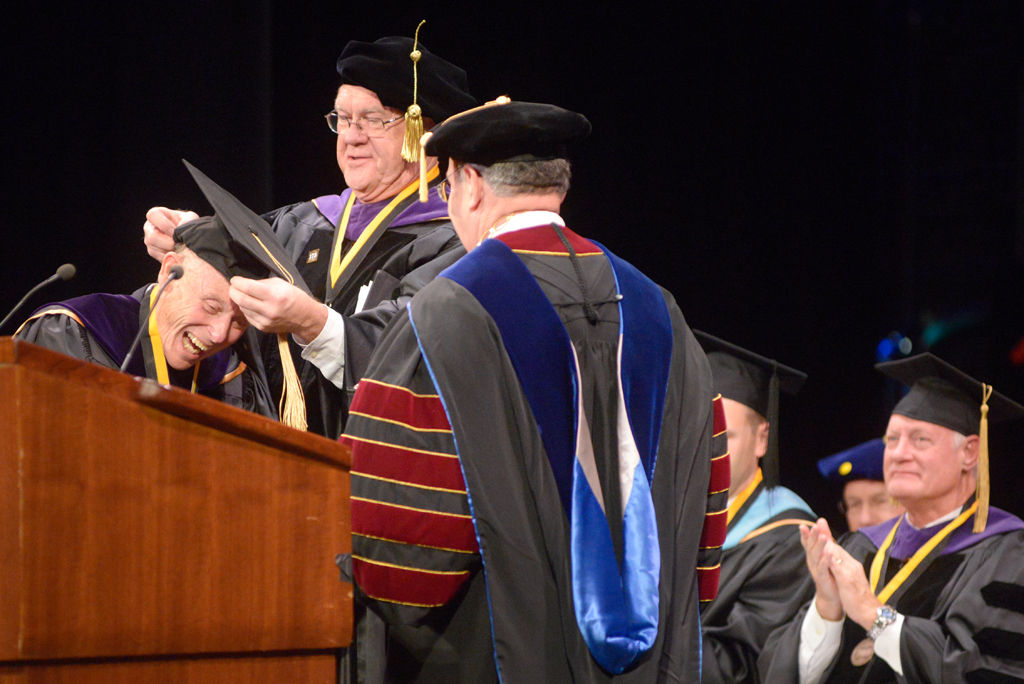 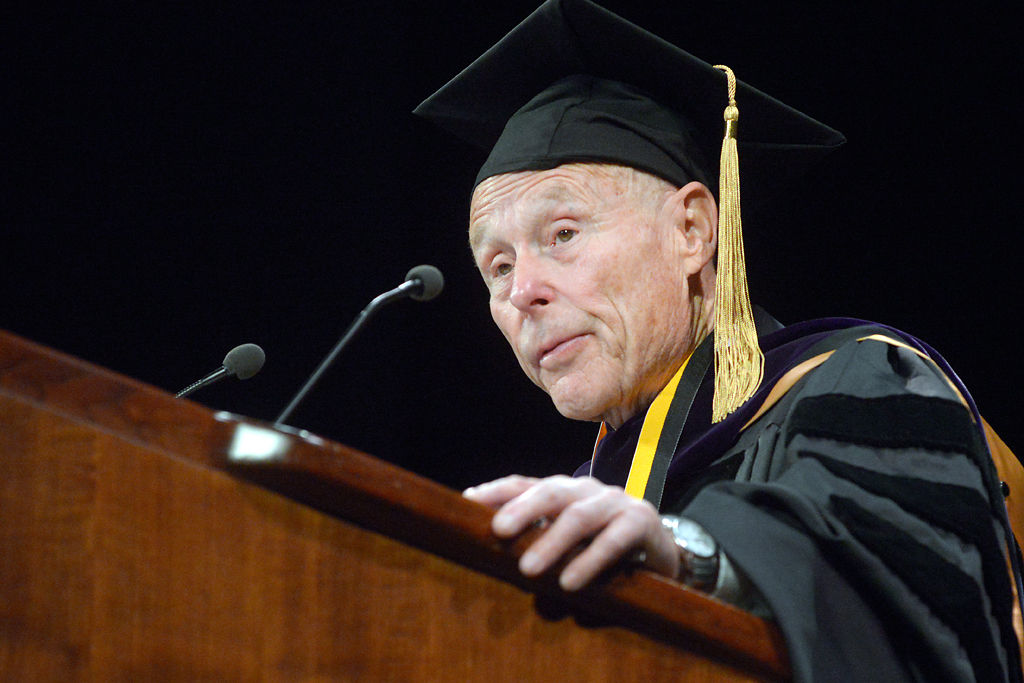 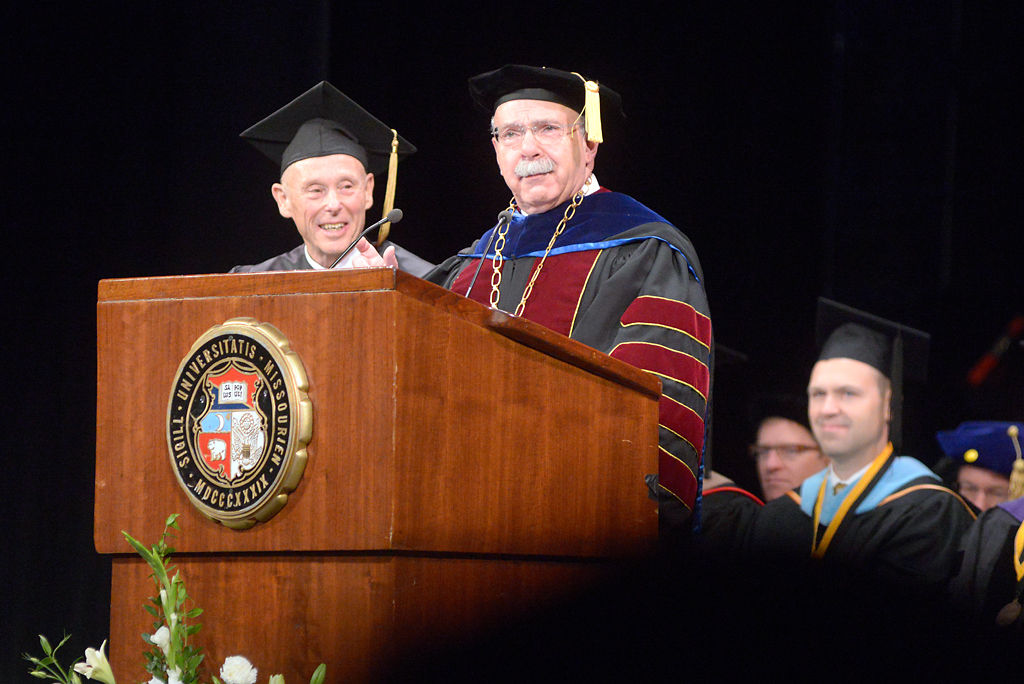 MU Chancellor Bowen Loftin talks about Darwin Hindman's achievements as a public official and commitment to Columbia residents during a commencement ceremony Saturday at the Missouri Theatre. Hindman, a former mayor of Columbia, received an honorary doctorate in law during the MU Honors College ceremony.

MU Chancellor Bowen Loftin talks about Darwin Hindman's achievements as a public official and commitment to Columbia residents during a commencement ceremony Saturday at the Missouri Theatre. Hindman, a former mayor of Columbia, received an honorary doctorate in law during the MU Honors College ceremony.

McCarter gave the 276 Honors College graduates three guidelines for life: make the most of yourself, develop confidence and show compassion.

"There are few earthly things more splendid than this university," McCarter said. "The University of Missouri, the place we call home."

MU awarded its annual honorary degree during the ceremony. Former Mayor Darwin Hindman received a Doctor of Laws diploma in recognition of his years of service in Missouri.

Hindman received MU degrees in political science and law in 1955 and 1961 respectively. As a young attorney starting his own firm, Hindman asked questions to competing lawyers and later shared what he learned with anyone who asked.

"You must learn to seek, evaluate and appreciate, as well as give, good advice," Hindman said.

Hindman has been recognized with other MU honors including a Mizzou Alumni Association Faculty-Alumni Award, a College of Arts and Science Distinguished Alumni Award and induction into the Order of the Coif, law honor society, at the annual Law Day Awards Ceremony at the School of Law.

He served five terms as mayor of Columbia from 1995 to 2010. During this time, he secured a $22 million federal grant to promote cycling and walking in the city. Hindman also established a number of community physical activity programs, oversaw the reconstruction of Stephens Lake Park and was instrumental in creating the Katy Trail State Park.

Hindman is a chairman for a foundation dedicated to extending the Katy Trail to Kansas City. He also serves as a liaison for the Missouri Municipal League to the Governor's Council on Physical Fitness and Health, and is a member of the Environmental Improvement and Energy Resources Authority and president of the Missouri Rail Trails Foundation.

"You must strive to continually learn and improve," Hindman said.

'You could never bring him down': Darwin Hindman, Columbia's longest-serving mayor, dies