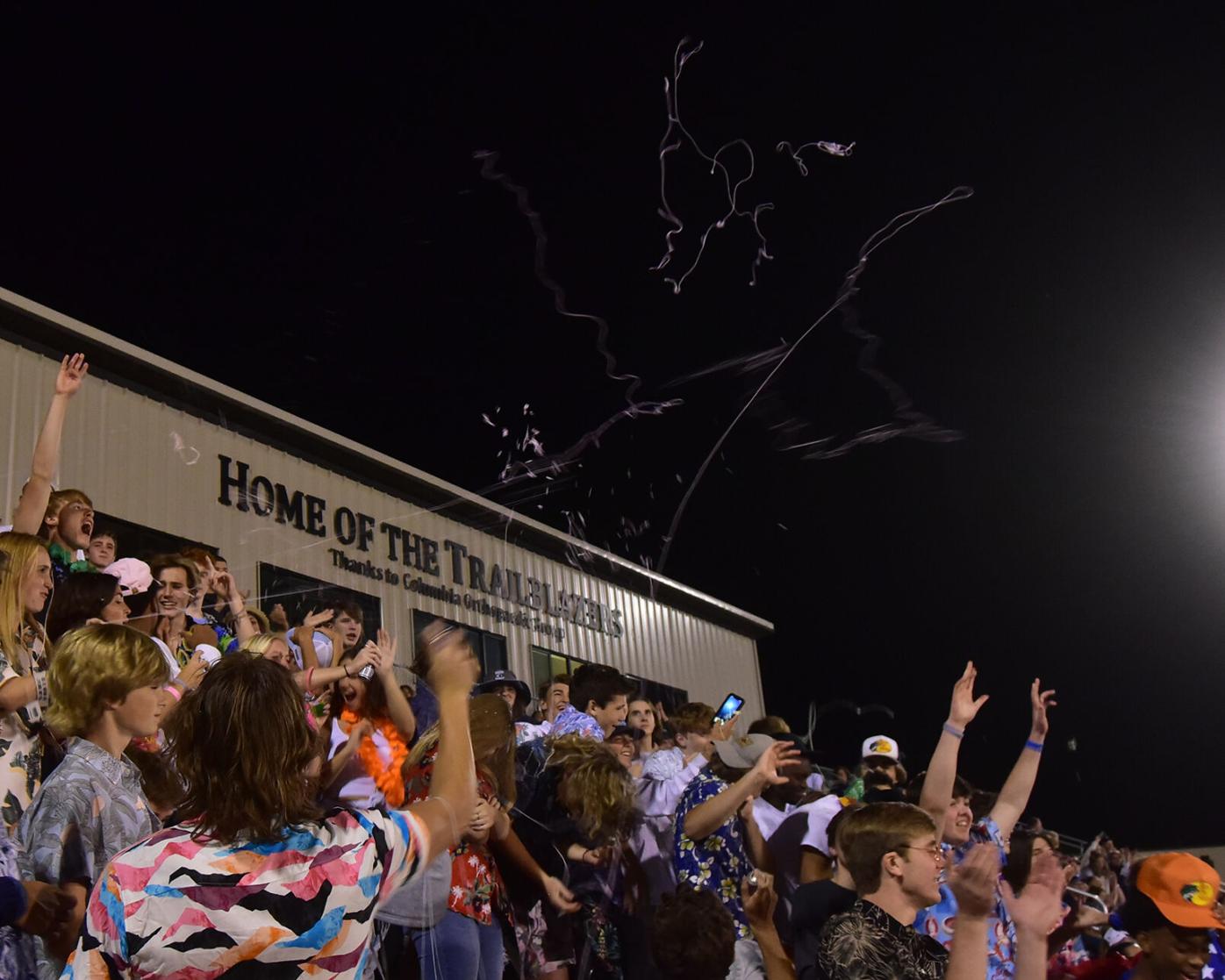 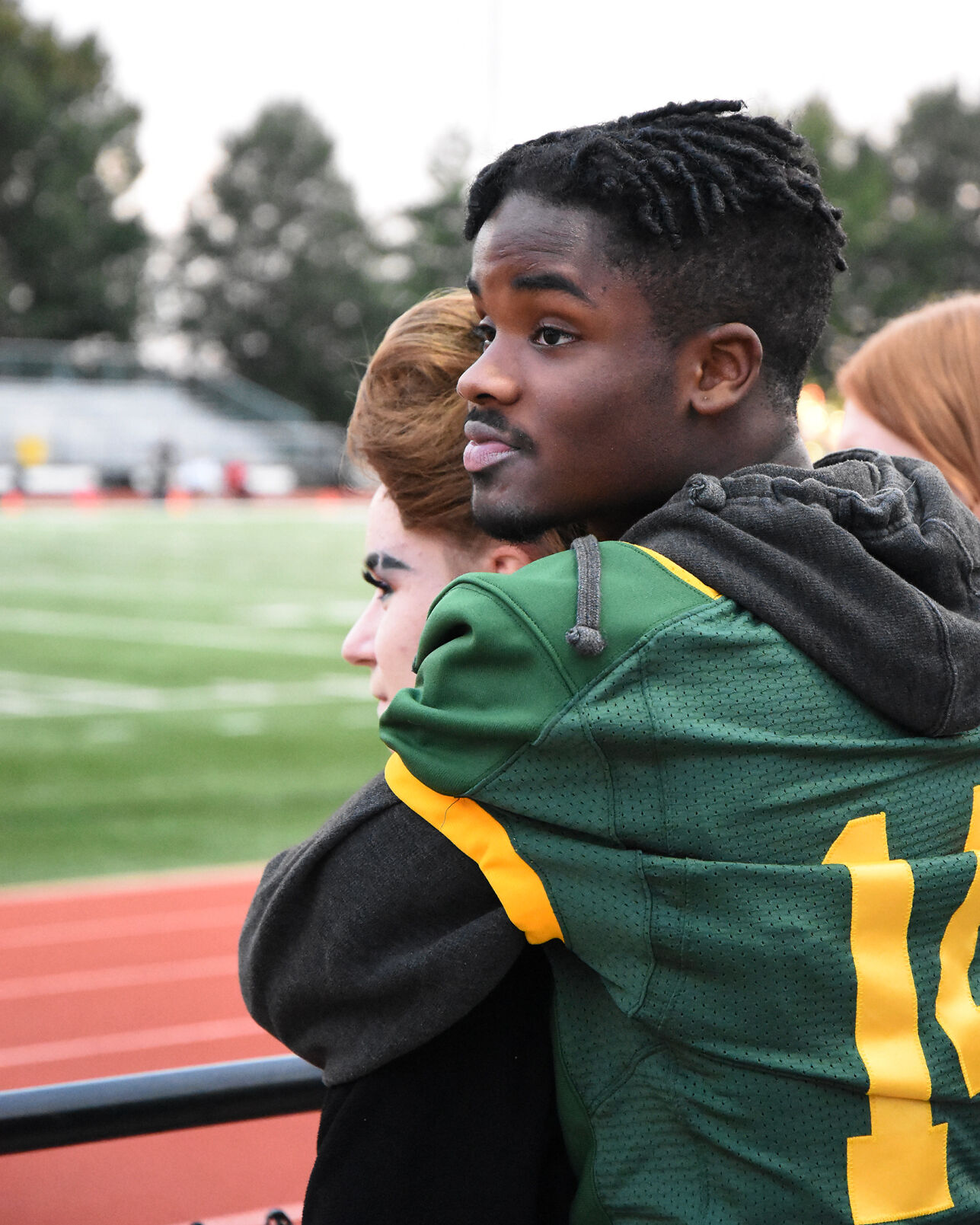 Kevin Ingram and Jesica Stringer embrace on Friday in Columbia. Ingram had to remain on the sidelines due to an injury. 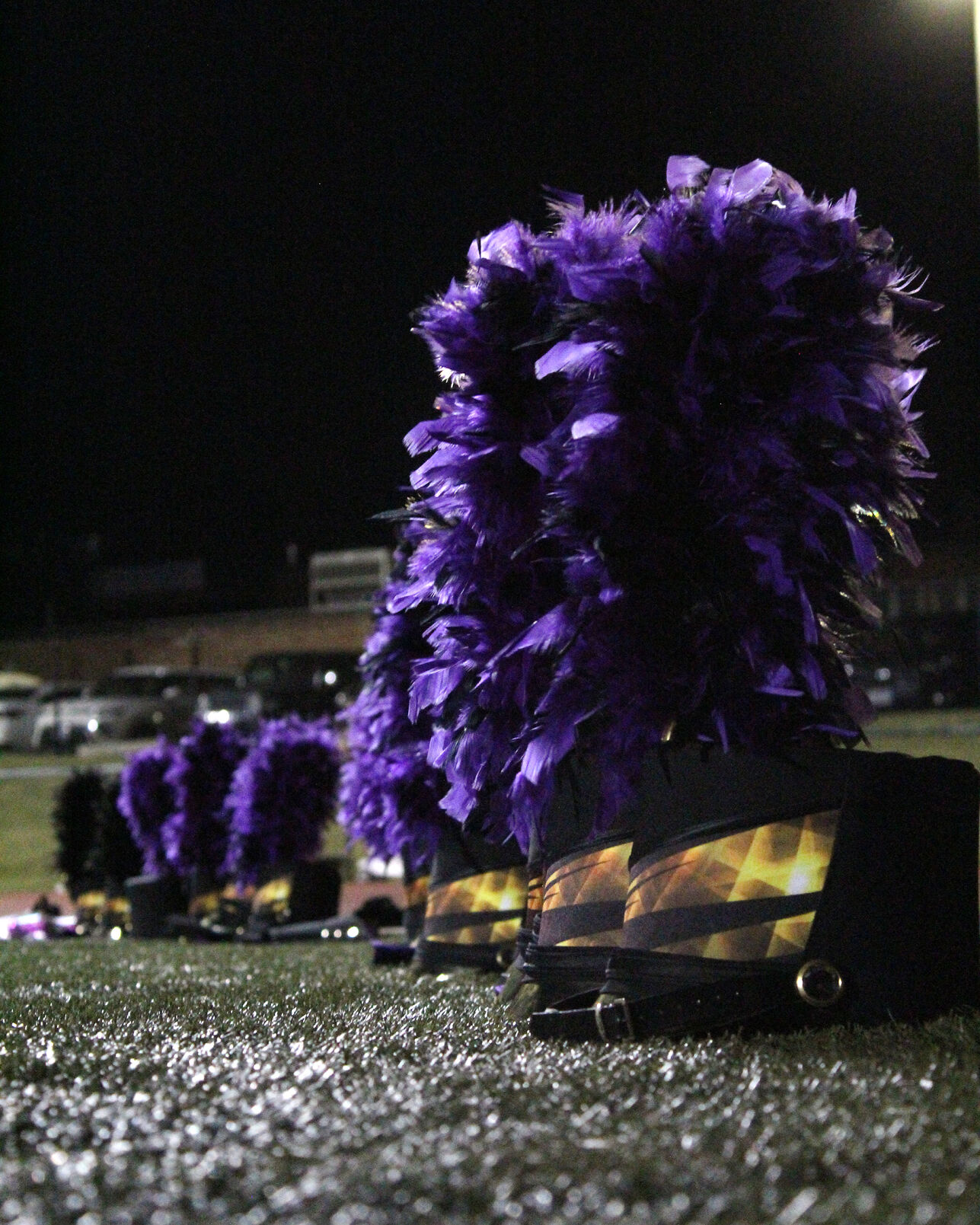 Hickman marching band hats line the track, on Friday at Alumni Stadium, in Columbia. The Kewpie marching band has been preparing to go to the Lafayette Festival on Sept. 25, 2021. 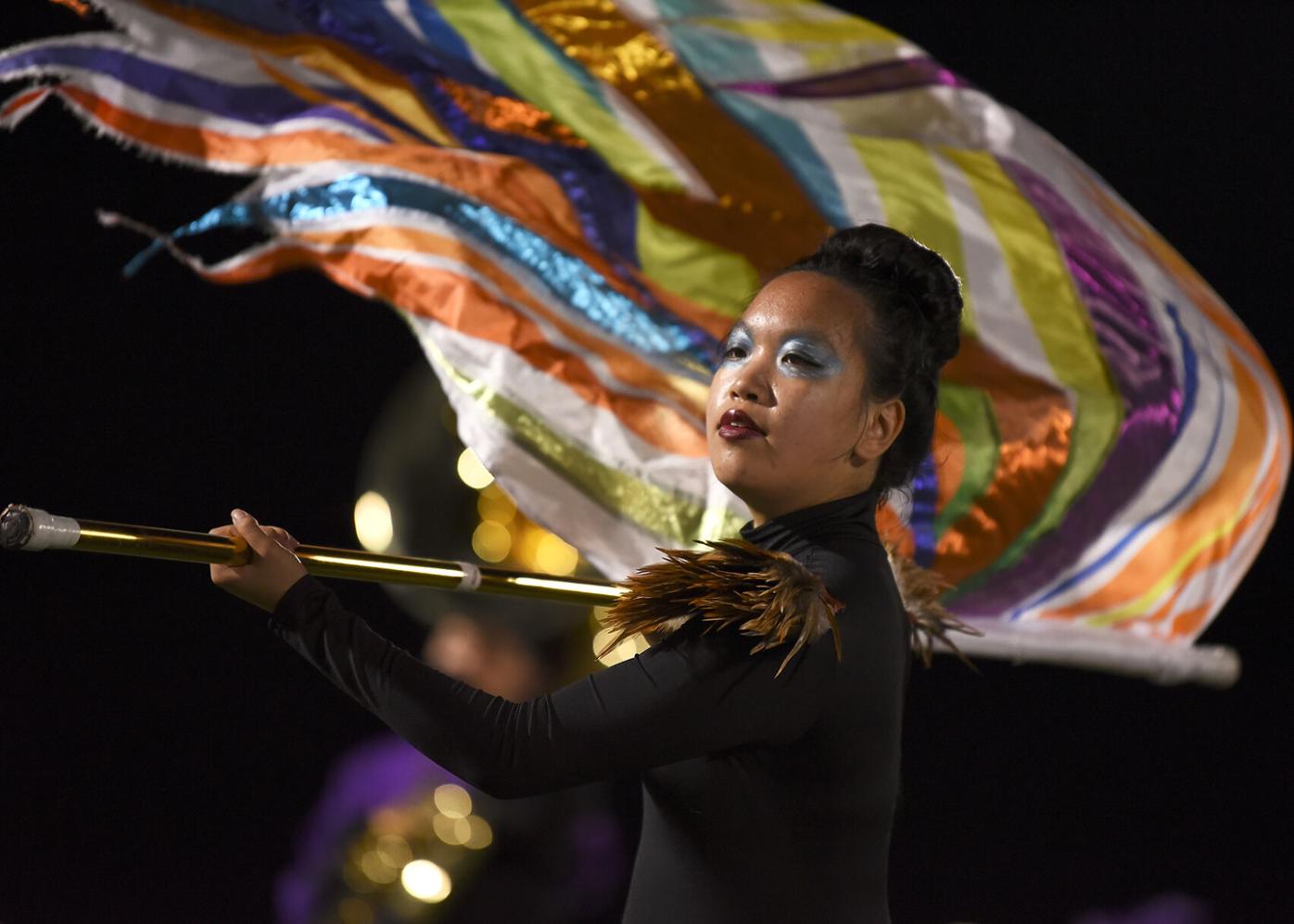 Hickman freshman Nicole Zheng performs during the marching band halftime show Friday at Alumni Stadium in Columbia. The Kewpies topped Smith-Cotton 16-6, and they next face Jefferson City on Friday. 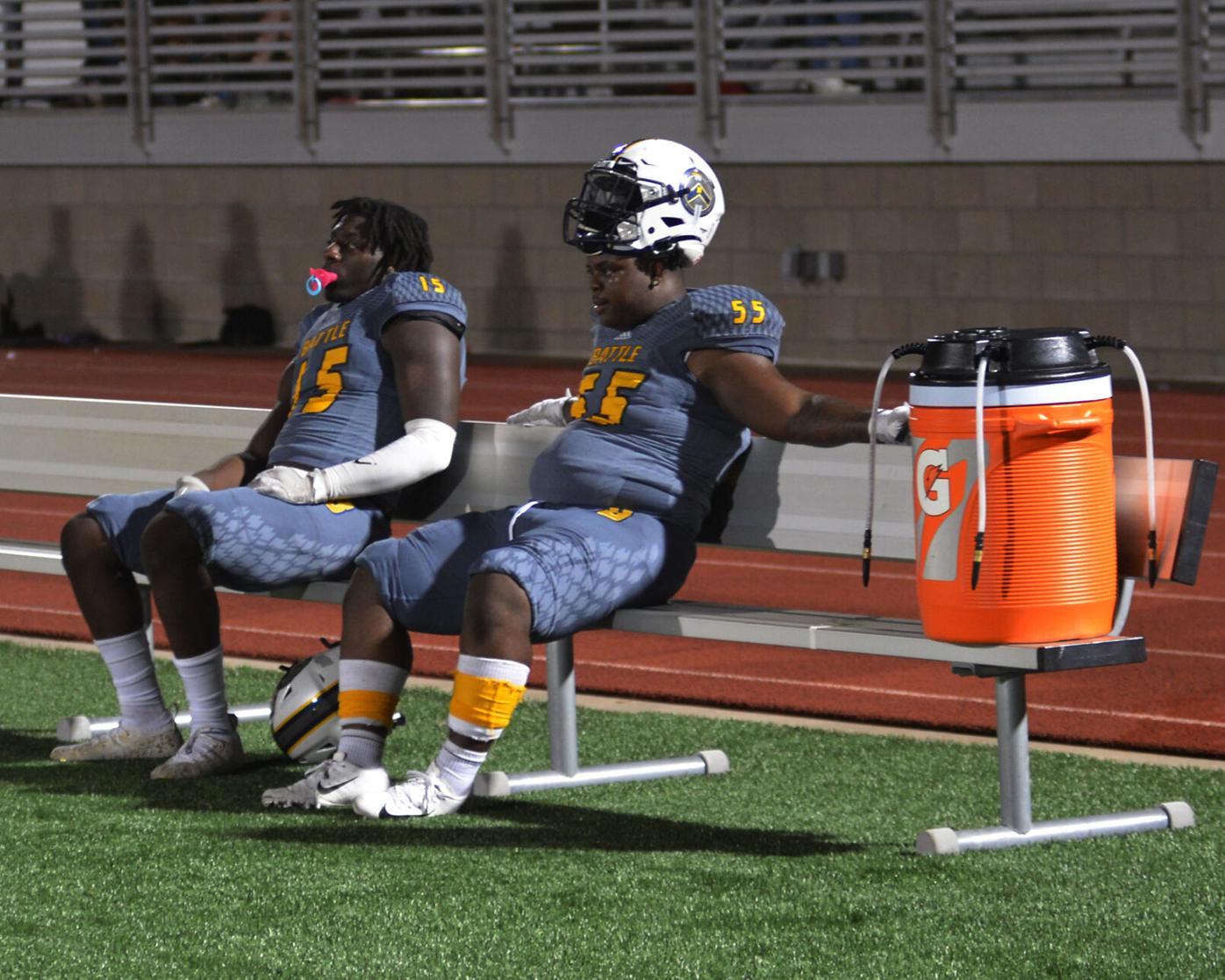 D’aire Williams and Livingston Coaty rest during their game versus Poplar Bluff High School on Friday at Battle High School in Columbia. Both Coaty and Williams are seniors on the Battle football team. 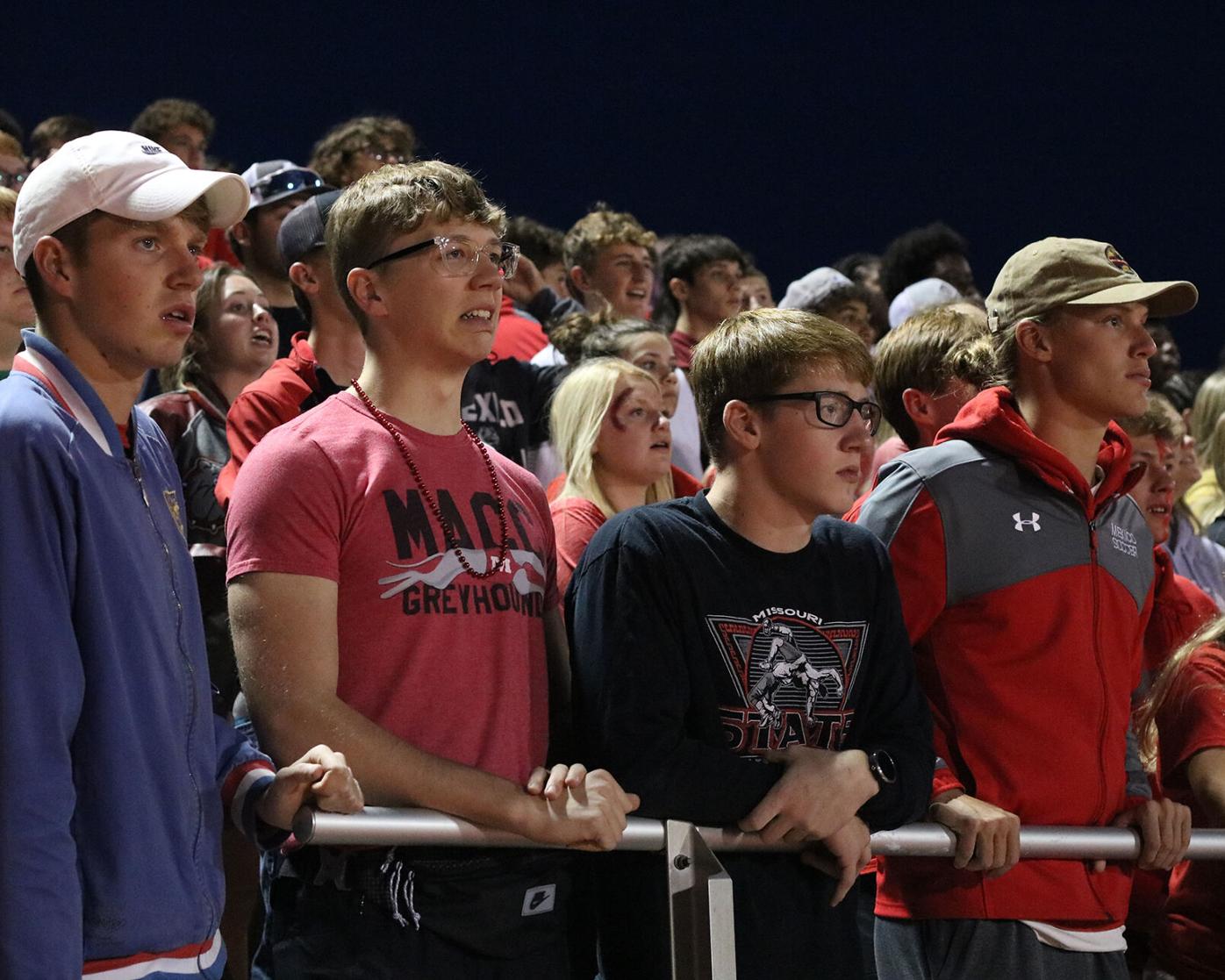 From left, Dominic McLeown, Graham Williams, Gary Winthorp and Bobby Fischloaf watch their team lose the ball on Friday at Mexico High School in Mexico, Mo. This was Mexico High Schools homecoming game and their first loss of the season. 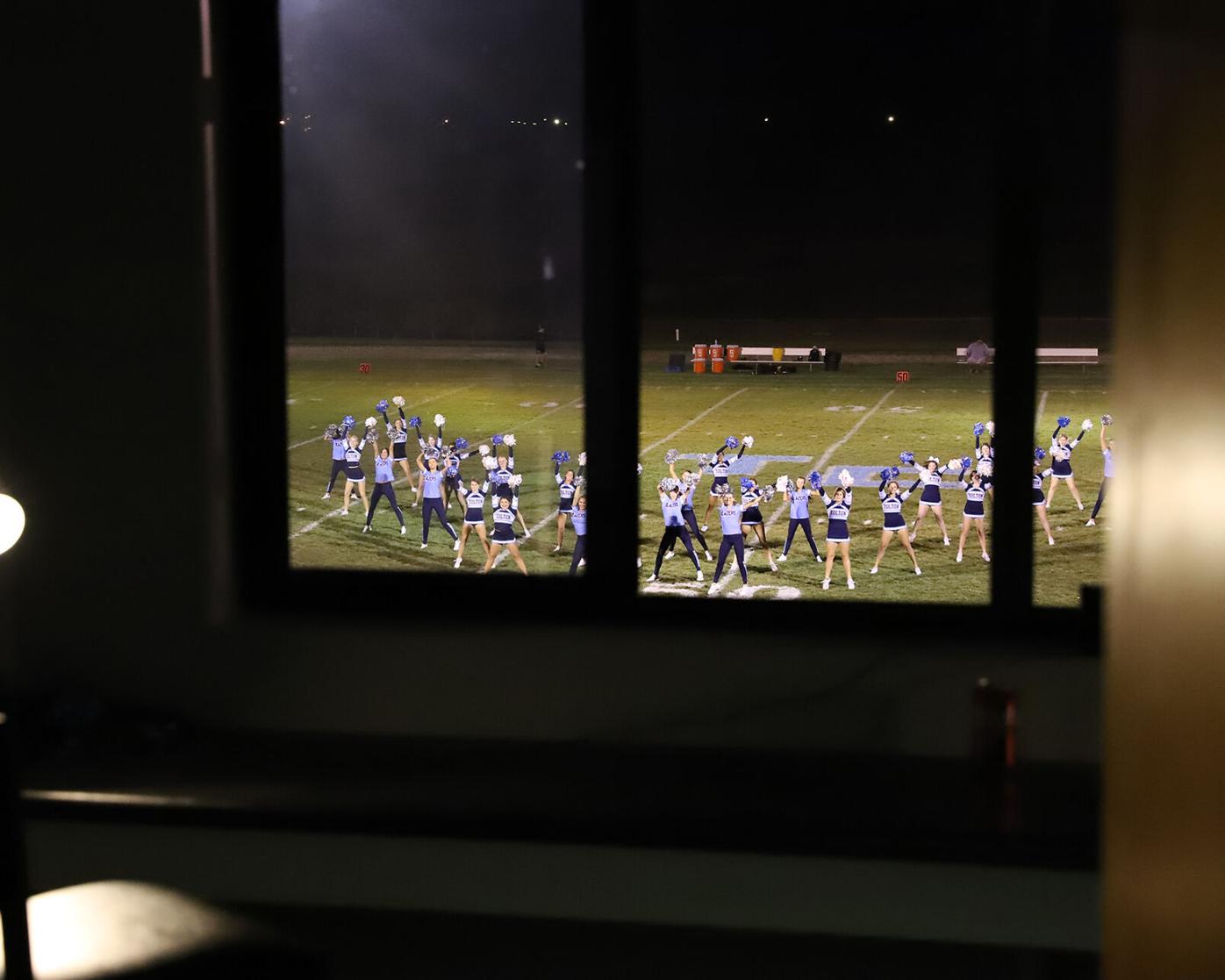 Tolton’s cheerleaders perform at halftime on Friday at Tolton High School in Columbia, Mo. During the game, the cheerleaders riled up the crowd in front of the student section. 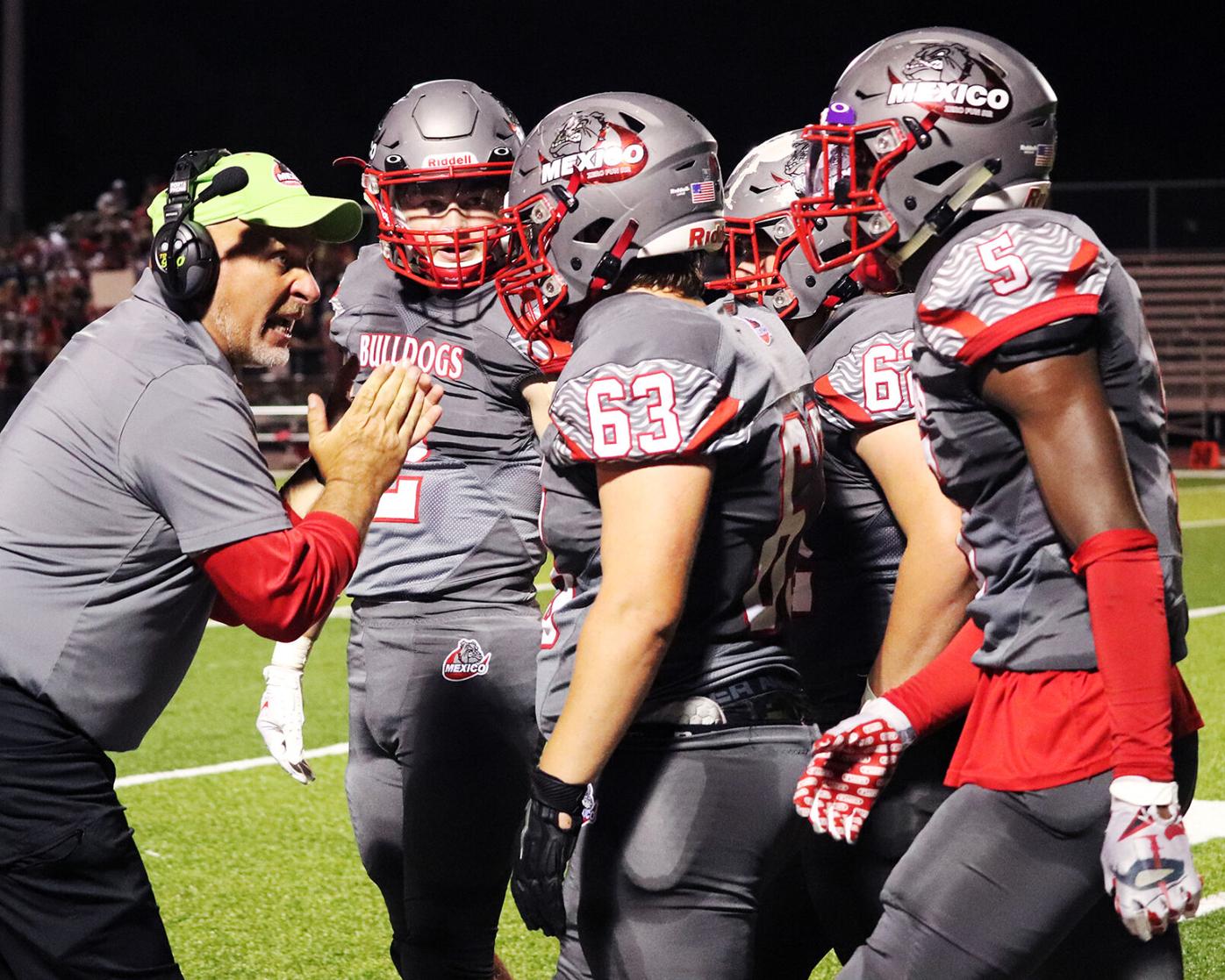 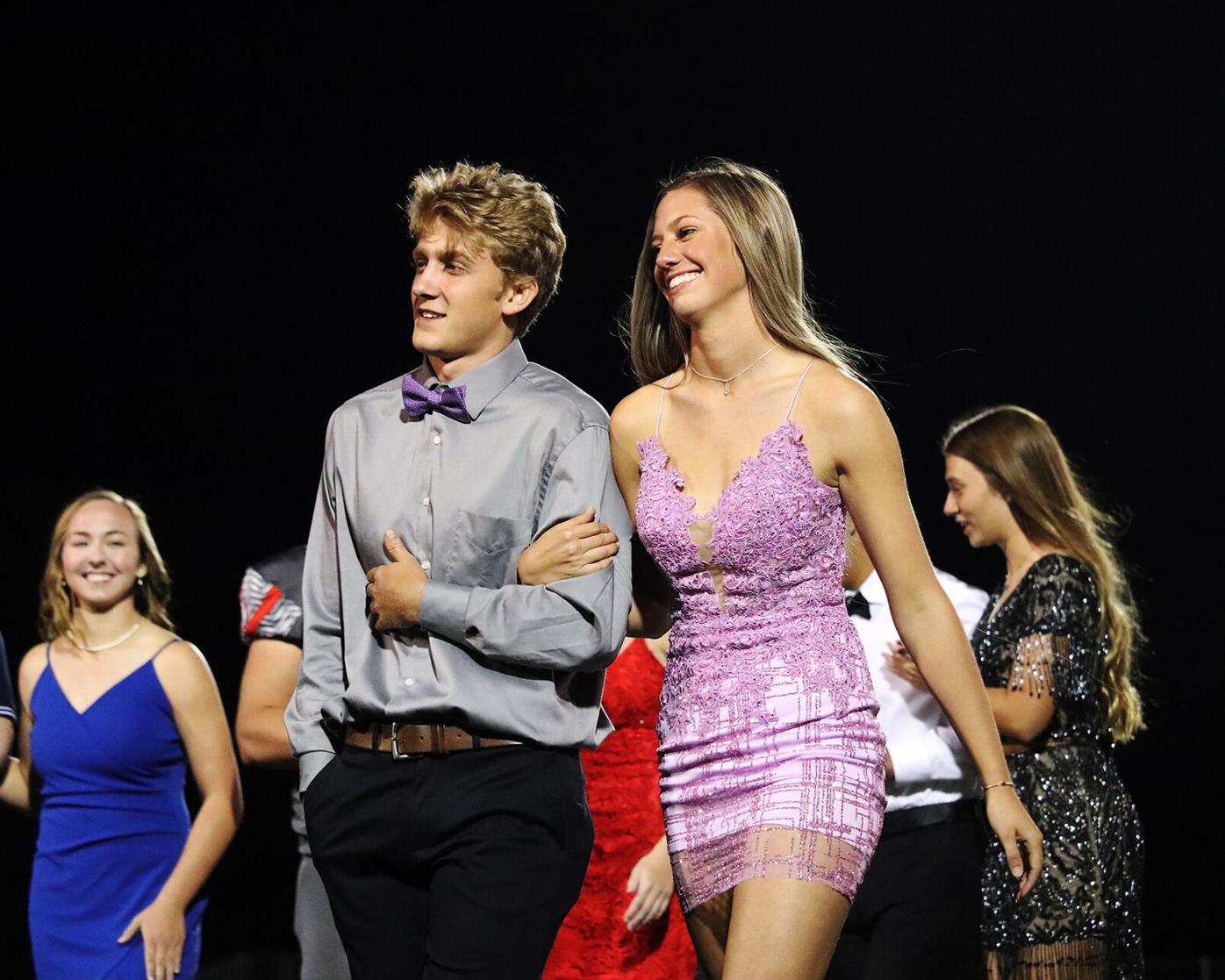 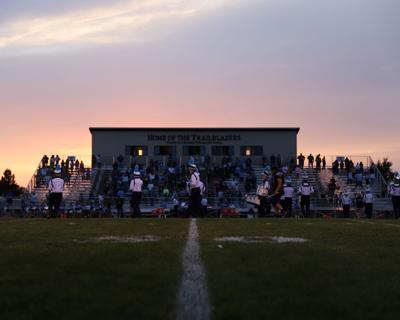 Shouts of joy and disappointment rang in the air as Columbia schools felt the lows and highs during this week's home games. Lows came as Rock Bridge lost 34-13 against Helias ending its three-game winning streak and Battle lost to Polar Bluff by a close margin of 26-22. Mexico took its first loss of the season against Hannibal 48-21 at their homecoming. Meanwhile, highs came as Hickman emerged victorious over Smith-Cotton 16-6 at its homecoming. Tolton trailed 21 points the first half before making a comeback against Grandview 28-27. Our visual journalists present another week of ‘Friday Night Sights’ — the magic and wonder of Friday night football.