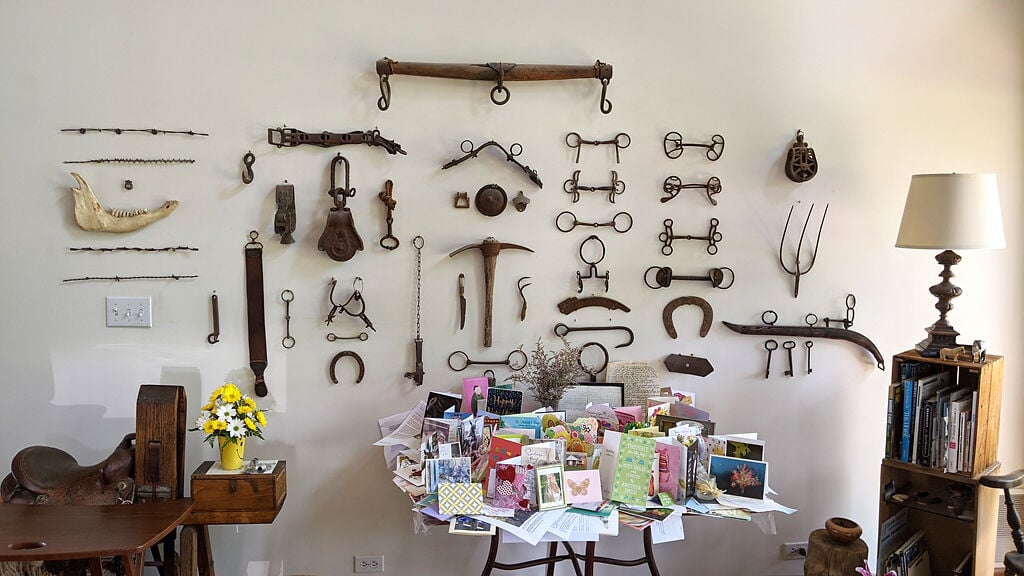 Horse bits are on Ginnie Gardner’s wall. “It’s almost like a museum,” her son said. 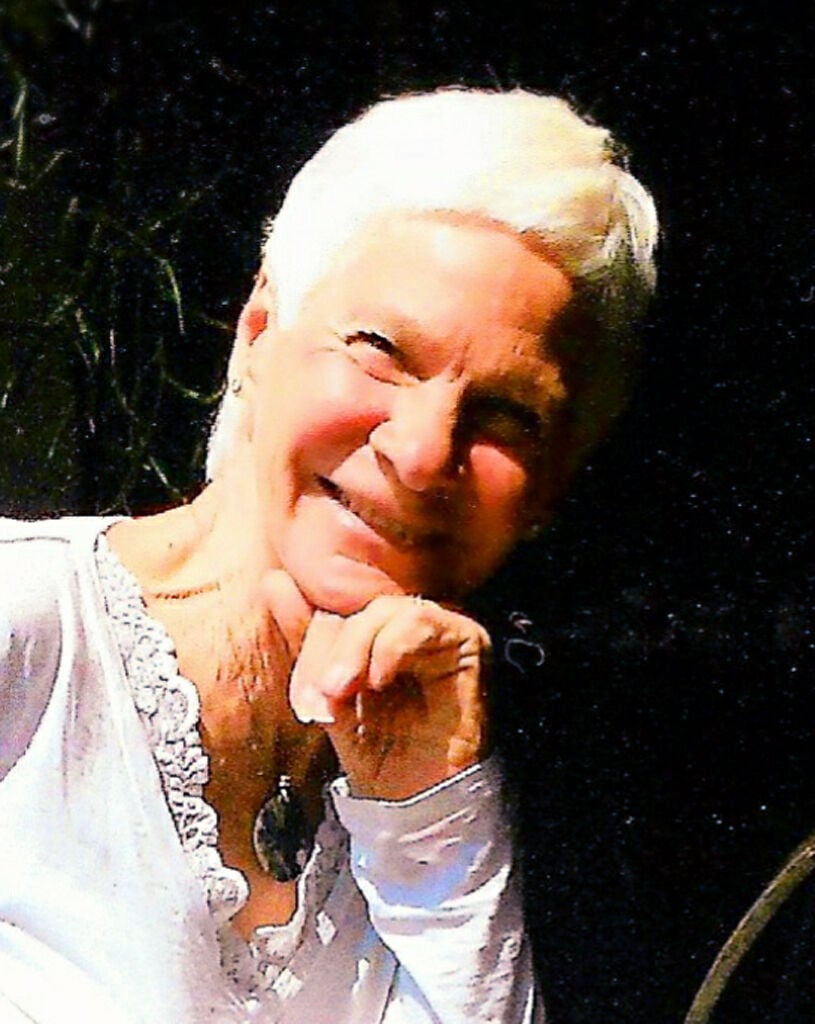 Virginia “Ginnie” Gardner built a life the same way she designed and decorated her house: with knowledge and passion.

The rooms of the A-frame house in south Columbia between Pierpont and Three Creeks Conservation Area are bright and open. Windows cover the front and back walls, allowing light to filter in and offering a view of the trees swaying over the pasture and pond, busy with birds and her beloved horses.

“She was happy there,” her husband, Steven Fair, said.

The walls and carpets are an icy blue, one of Ginnie’s favorite colors, said Ila Irwin, her friend of 25 years. She recalled giving Ginnie a dish as a present that was not blue.

“Good God! It was like we committed a sin,” Irwin said with a laugh.

Ginnie was passionate about a variety of things, but she loved to learn and read. Her house is full of books. Family and friends described her as energetic in everything she did.

“There was no skimming for Ginnie. She wanted to be the most knowledgeable person in the room,” Irwin said. “And dammit, a lot of the time, she was.”

Another reason she had so many books is because she spent her life teaching children at University Hospital for Columbia Public Schools. She tutored students at all levels. Her husband said if she didn’t know about a topic, she would study it until she understood.

Fair said Ginnie liked her job because she was independent, resourceful and liked being her own boss.

Ginnie graduated from Stephens College with an associate degree in language and literature and from MU with master’s degrees in education and geography.

Fair said Columbia Public Schools eventually asked her to teach at Mid-Missouri Mental Health Center as well. The new work was challenging, her husband said. “It was her toughest job as tutor.”

For Ginnie, working with horses and teaching people was “like breathing in and breathing out,” Irwin said.

Ginnie loved horses and riding since she was a child. A wall in her house decorated with barbed wire and more than 20 horse bits attests to that passion.

She studied horses and horsemanship according to the Pat Parelli program. She became a high-level dressage rider and learned natural horsemanship. She had a way with animals.

“Her connection with animals was the greatest gift I received from her as a child,” her son Peter Gardner said.

Irwin was also a recipient of that gift.

“She never stopped teaching whether it was in her work or with horses,” Irwin said. “She taught me everything I know about horses.”

“No one could say no to Ginnie,” Fair said, “She was irrepressible.”

Even two hip replacements couldn’t keep her off horseback. Within three weeks of surgery, she was riding again, “probably against her doctor’s orders,” Irwin said.

She was as competitive as she was irrepressible. Three rooms of her house store her accumulation of trophies and ribbons.

Many of the trophies attest to her equestrian accomplishments, but she won others in other kinds of athletic competitions, like running.

She was a bit of a local celebrity at Wilson’s Fitness. She took classes in dance, weightlifting and yoga, always at the front of the class and bursting with energy.

It wasn’t until the very end of her life that chemotherapy for pancreatic cancer took the wind out of her sails.

When she was too tired even to read, her husband read her all of “Gone with the Wind.”

“I have an appreciation for the things she was fascinated about,” her son said. “Those are things that will live on through me because of her.”

She had an astounding life force that made her irresistibly loved, and she shared her warmth and zest for life abundantly.