During his campaign, Gov. Eric Greitens promised to make sure that police and firefighters have training and support that they need to continue doing their jobs.

“I believe police officers and firefighters should be honored for the hard work they do. They deserve to be led not by lawyers, but by leaders. I pledge to be strong for those who are always on call for us.

“As Governor, I’ll make sure that they have the training, the equipment, and the support that they need to do their job,” Greitens’ campaign website states.

Greitens continues to discuss this promise, as seen during protests over the Jason Stockley verdict in St. Louis. Stockley is a former St. Louis police officer who was acquitted in the fatal shooting death of Anthony Lamar Smith. Greitens has verbally supported law enforcement through all of this, but has he made good beyond that?

The past legislative session saw two bills backed by Greitens that addressed support for law enforcement. One was House Bill 57, which died in the Senate. The bill would have expanded hate crimes to include a category for law enforcement and first responders. This would have increased penalties for the crime.

The other was House Bill 302, which proposed the creation of a Blue Alert System, similar to an Amber Alert, to notify law enforcement and the public if someone who harmed a police officer is on the run. This bill did not pass originally, but it was tacked onto an unrelated bill and passed.

Track the 12 promises from Gov. Greitens

The bill containing the Blue Alert System was signed by Greitens on July 6. It made Missouri the 28th state to adopt the program.

Greitens proposed $250,000 in the 2018 Missouri budget for the Blue Alert system. In addition, he proposed $1 million for the Missouri State Highway Patrol’s Division of Drug and Crime Control, $1 million to decrease backlogs at the state crime lab and and $690,000 to “provide TASERs and body armor to ensure troopers are protected and have the nonlethal tools they need.”

However, the governor’s recommendations were not all met and the Missouri Department of Public Safety actually saw over $42 million in cuts from 2017 to 2018. That’s significantly greater than the $5 million cut Greitens’ budget proposed.

So, he’s acted on the equipment and support portions of the promise. Police training doesn’t seem to have been addressed. As for firefighters, Greitens hasn’t made any movement on that, either. However, he is still bringing it up.

Although the hate crime bill failed and many portions of the promise are still unaddressed, the Blue Alert System is a first step towards Greitens fulfilling his promise for police support. We rate this promise In The Works.

“Greitens' public safety director has message for police, first responders: 'We will have your back,'” St. Louis Public Radio, Jan. 2, 2017

“Real ID legislation one step away from becoming law,” Columbia Missourian, May 11, 2017

“Greitens commits to having support for firefighters,” KRCG 13, April 5, 2017

“What I believe,” Greitens for Governor

The Missouri PolitiFact team is tracking the progress of 12 promises Gov. Eric Greitens made during the campaign.

Make sure that police and firefighters have the training, the equipment, and the support that they need to do their jobs 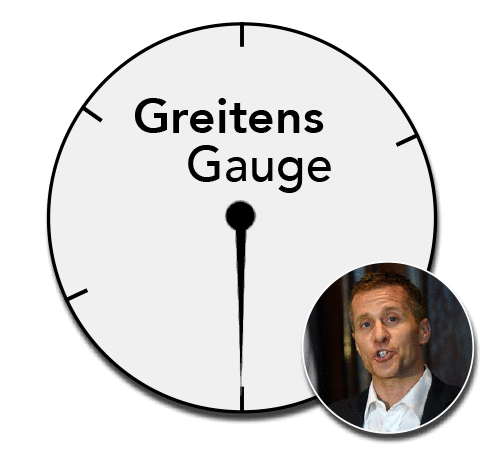 Every promise begins at this level and retains this rating until we see evidence of progress — or evidence that the promise has stalled.

This indicates the promise has been proposed or is being considered.

There is no movement on the promise, perhaps because of limitations on money, opposition from lawmakers or a shift in priorities.

Promises earn this rating when they accomplish substantially less than the official’s original statement but when there is still a significant accomplishment that is consistent with the goal of his original promise.

Promises earn this rating when the original promise is mostly or completely fulfilled.

The promise has not been fulfilled. This could occur because of inaction by the executive or lack of support from the legislative branch or other group that was critical for the promise to be fulfilled. A Promise Broken rating does not necessarily mean that the executive failed to advocate for the policy.

Promise ratings change whenever the circumstances change. For some promises, it's possible that the status could initially go to In the works, but then move back to Stalled if we decide the proposal has hit a lull and then go back to In the works.