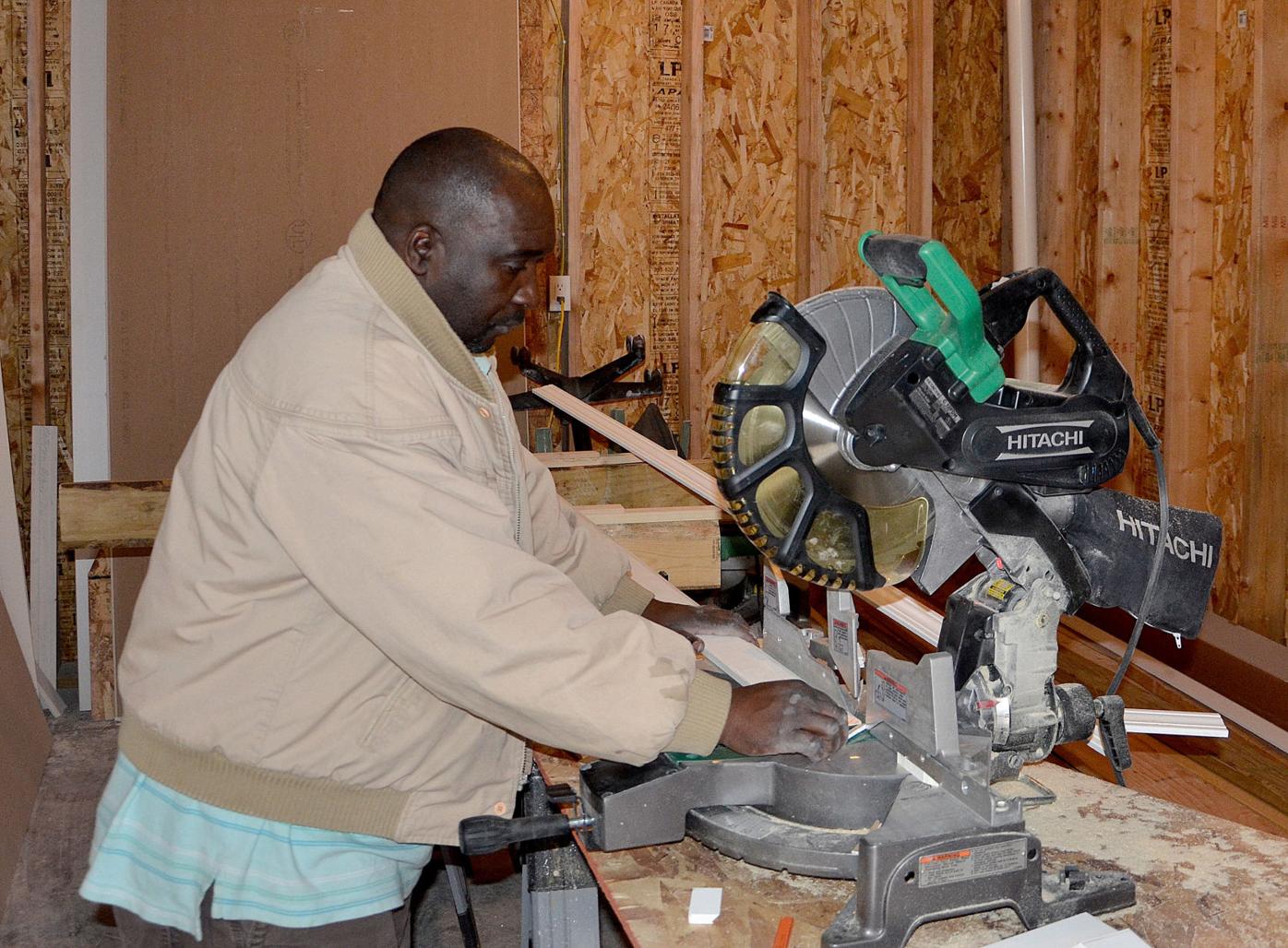 Mukiwa Barafumbashe, who brought his famiy from Burundi, cuts wooden materials for the building process on his soon-to-be home on Friday. 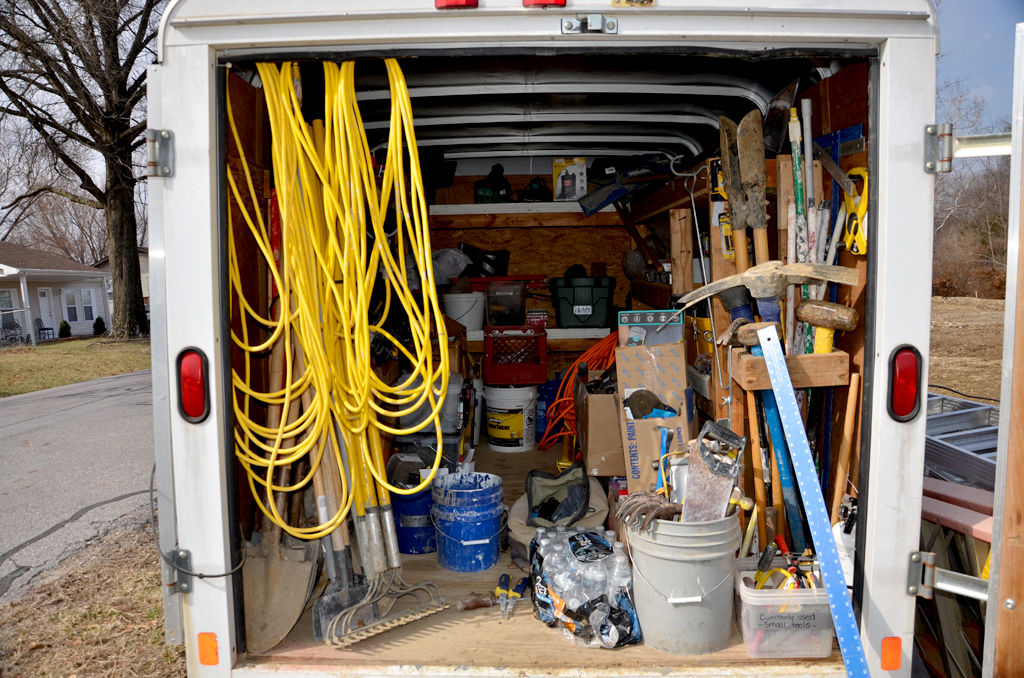 A Show-Me Central Habitat for Humanity truck holds a variety of the materials and tools needed for the homebuilding process on Friday.

Mukiwa Barafumbashe, who brought his famiy from Burundi, cuts wooden materials for the building process on his soon-to-be home on Friday.

A Show-Me Central Habitat for Humanity truck holds a variety of the materials and tools needed for the homebuilding process on Friday.

An African family of seven is in the final stages of building a home in northeast Columbia with the help of Habitat for Humanity.

Originally from Burundi, the Barafumbashe family lived in Florida for a year before recently moving to Columbia. Their four-bedroom, two-bath home on James Dale Road has been an ongoing project for the Show-Me Central Habitat for Humanity.

On Friday, five people answered a call to help add some of the finishing touches to the Barafumbashes’ project. They were applying baseboard to the walls and painting the doors.

The volunteers are always a “surprise,” said construction manager Bob Shannon. They range from students and church members to employees with local companies.

Friday was volunteer Caroline Kerns’ first day helping build a house. She learned how to use a transit level, an optical instrument used in surveying and building.

An MU sophomore majoring in business finance, Kerns was required to take a course in which she completed 15 hours of community service. A friend who had taken the course last fall recommended Habitat for Humanity.

Applicants for a Habitat home-building project are required to have at least two years of good financial standing and must make an annual salary based upon the number of people in the household.

Shannon said he wants to make it clear that the families aren’t simply “given” a home. Recipients must supply 300 hours of hands-on work in the project as a down payment and are granted a 20-year interest-free loan.

During the work session on Friday, members of the Barafumbashe family used power tools, hammers and other materials to help finish their home. After roughly one year of construction, the house should be finished by June.

The remaining tasks include work on concrete sidewalks, the back deck and the front porch. Grass still needs to be laid in the yard, as well.

With a small laugh and smile on his face, Mukiwa Barafumbashe, a non-native English speaker, expressed his biggest takeaway from the experience in a few words.

Ten women volunteered to build a home in northeast Columbia as a part of Show-Me Central Habitat for Humanity's National Women Build Week on Saturday.