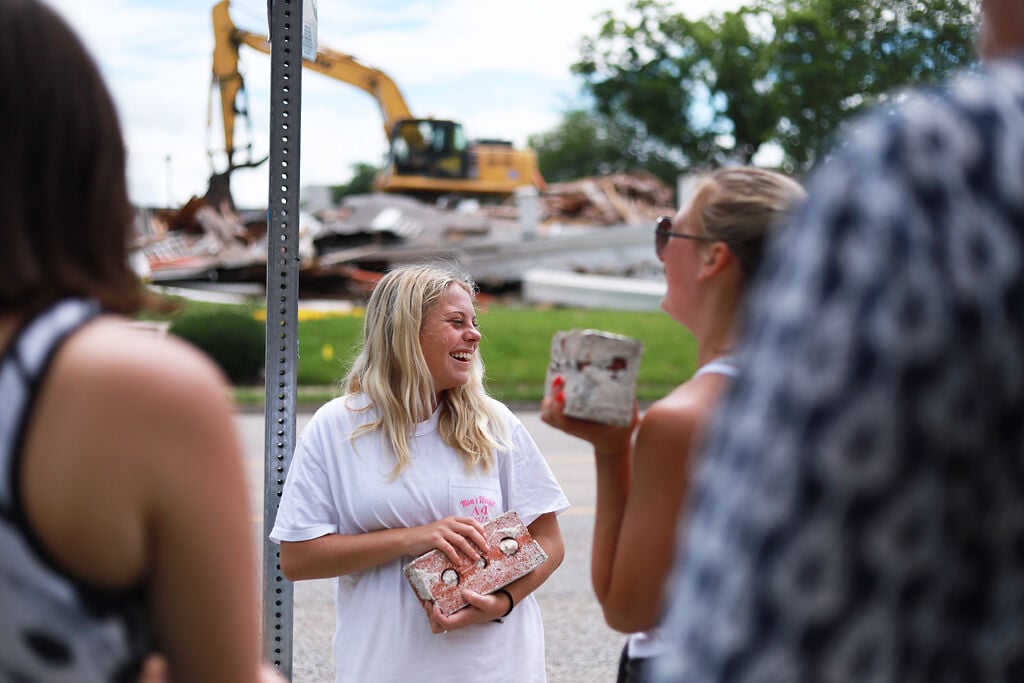 Hannah Moore holds a brick from the Alpha Phi sorority house demolition Monday in Columbia. Moore, a sophomore at MU, is part of the last pledge class to live in the house. 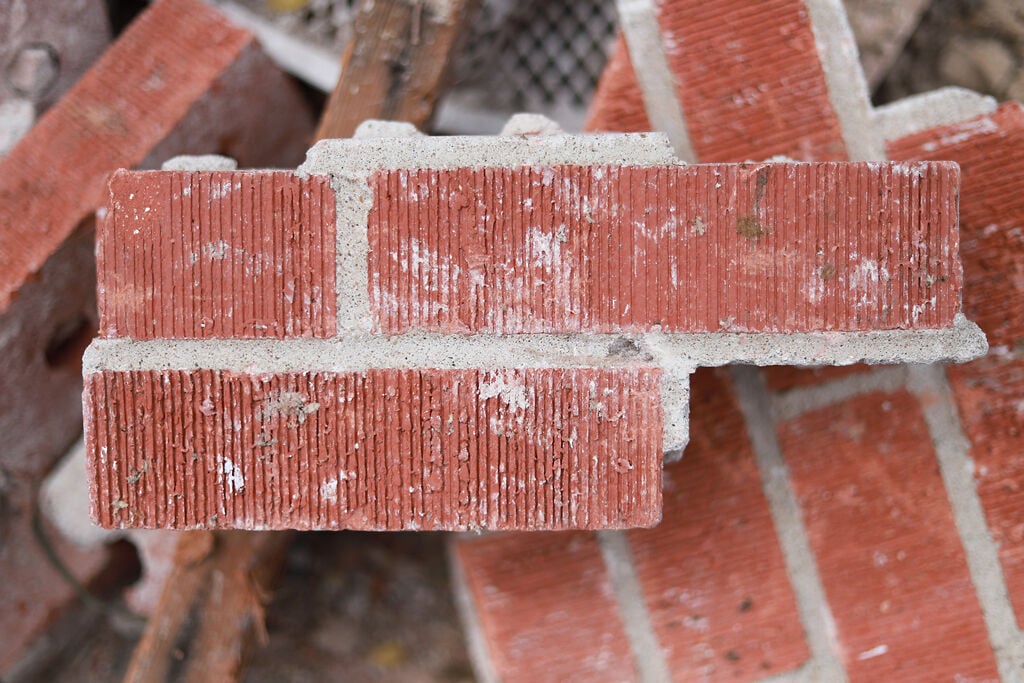 Red brick scatters across the rubble Monday in Columbia. The Alpha Phi house was demolished Monday along with the annex on the property. 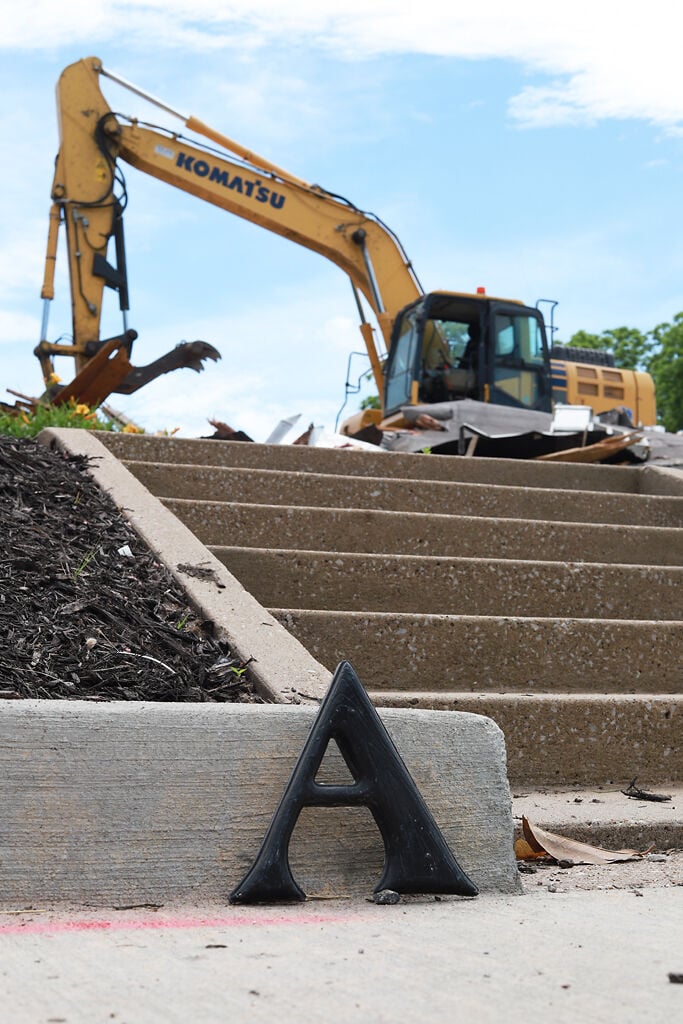 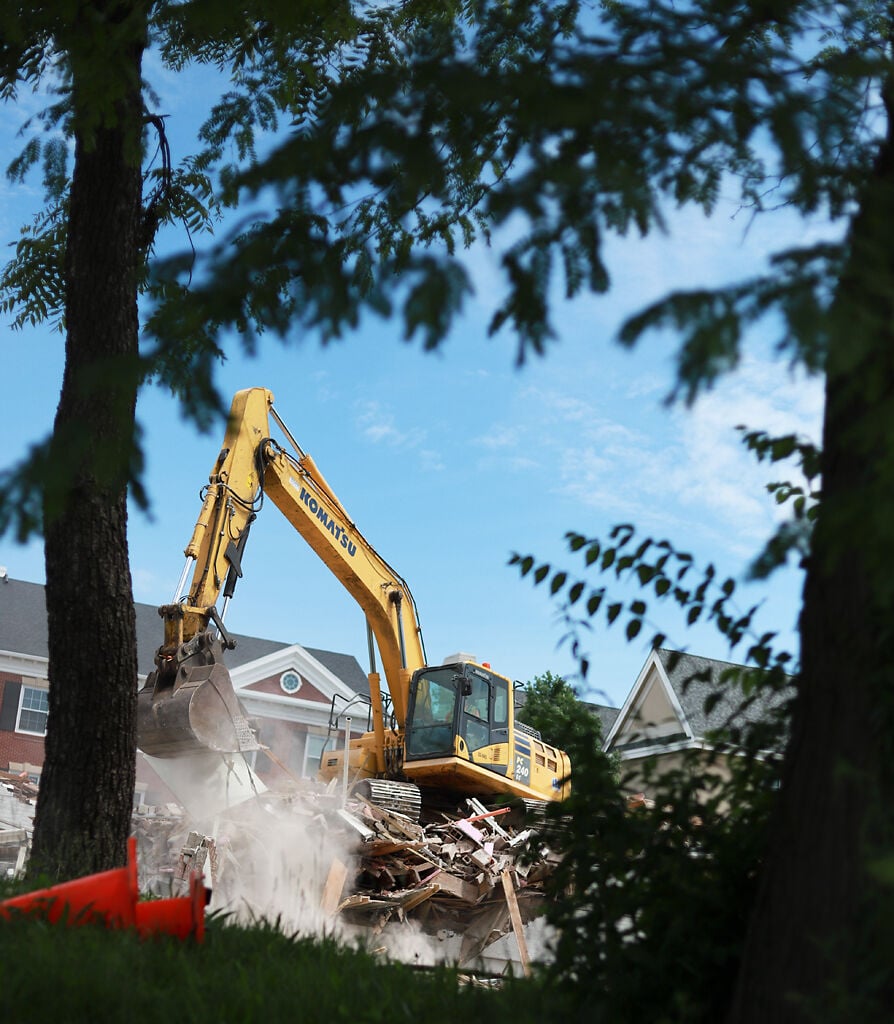 Hannah Moore holds a brick from the Alpha Phi sorority house demolition Monday in Columbia. Moore, a sophomore at MU, is part of the last pledge class to live in the house.

Red brick scatters across the rubble Monday in Columbia. The Alpha Phi house was demolished Monday along with the annex on the property.

Amy Jordan spent a morning this summer livestreaming the demolition of the Alpha Phi sorority house at 906 Providence Road. From her vantage point across Providence, Jordan watched as the 1924 house became rubble and dust.

“We’ve been working on this for five years,” said Jordan, a 1989 MU alumna and member of the house corporation board. She and four current sorority sisters were there in the late morning when the last of the house came down.

“We are excited,” said Jaclyn Paul, a rising sophomore at MU who joined the sorority in August 2020. “It’s a new chapter for the chapter.”

The new house will go up in the same space between the Delta Gamma sorority house and Pi Kappa Alpha fraternity house on the east side of Providence and just south of Burnam Road.

The old house was torn down to update electrical, plumbing and the overall appearance of the house. The new house will provide more housing and more seating for chapterwide events. The house director, Christy Garnett, will have an apartment within the house. Two annexes were pulled down last week and will serve as parking lots for Alpha Phi.

About a month ago, a “Farewell to 906” was held so alums could get a last look at the main house, in person and virtually, Jordan said.

“We tried to get the letters down (from the front of the house), but it was too hard,” she said.

The new house is expected to be ready by August 2022 in time for fall recruitment that year.

“My twin sister and I plan on living in the house,” rising sophomore Laney Tvrdik said.

Rising juniors Kelly Brenner and Hannah Moore were part of the last pledge class that was able to live in the 1924 house. They each snagged a brick from the rubble.

“I plan on repainting the whole brick white and then” writing “‘Alpha Phi 2021’ as a reference to the year it was taken down,” Brenner said.

The pledge class that rushed this fall will be the first to live in the new house. Until then, sorority members will live in apartments. Alpha Phi will rent the Delta Sigma Phi house to act as a lodge for the sisters; the MU chapter of Delta Sigma Phi was closed by the national organization last November.

“No one is going to be living in,” Brenner said. “It’s a place to study, for lunch, a place for girls to go.”

Hannah Moore and Kelly Brenner, MU juniors, watched from across Providence Road on Monday as the Alpha Phi house was demolished.