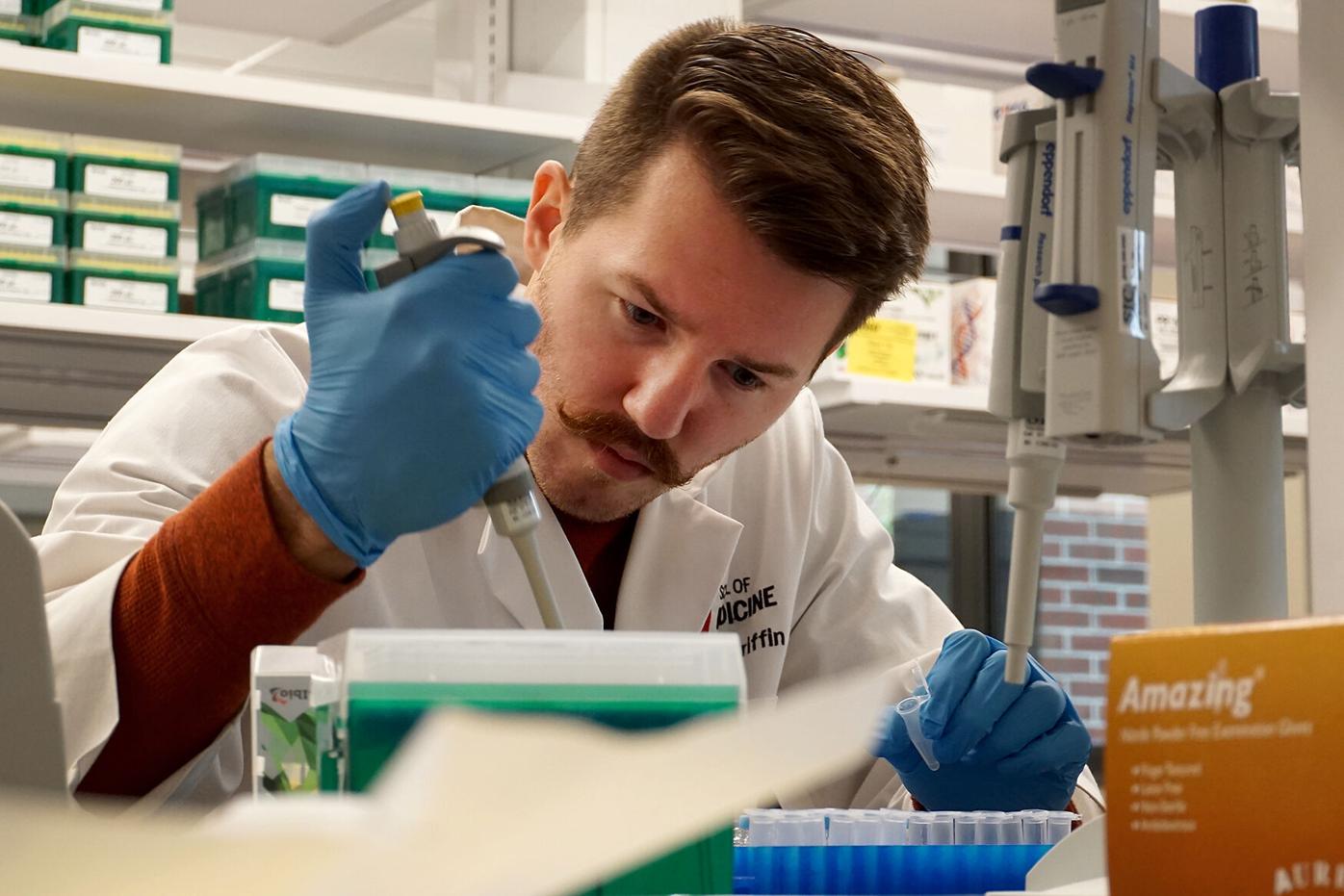 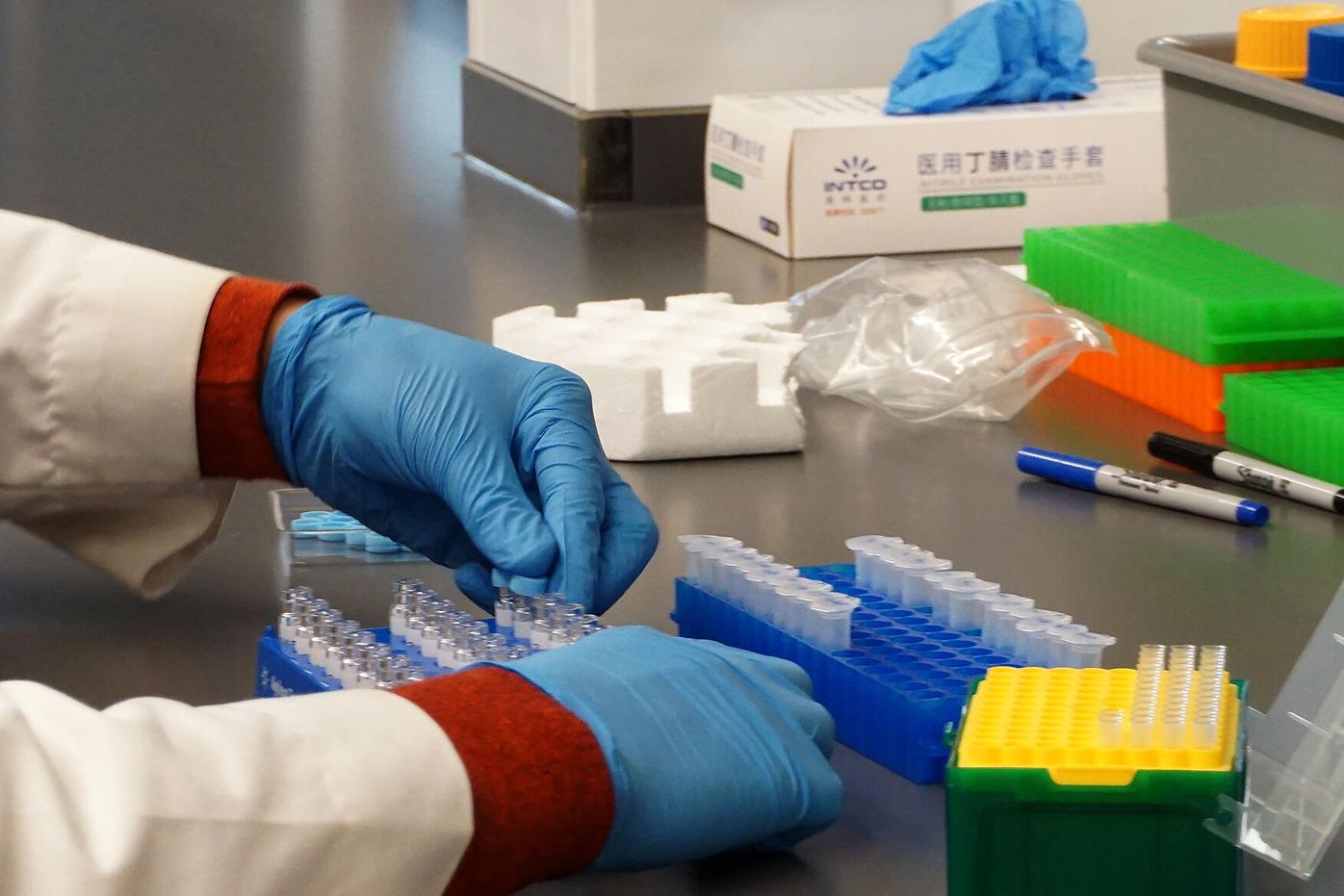 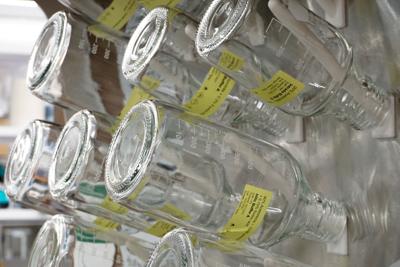 Watch KOMU 8 News at 10 p.m. Monday and Tuesday for a series of Target 8 reports.

INDIANAPOLIS — When Erin Conboy started her work as a clinician researcher at Indiana University, laboratories sent data on thumb drives.

Her lab stored these in her office in drawers, under lock and key.

It might appear to be an outdated, dinosaur-like method for storing critical information about genomes, but this is how they stored massive amounts of data just three years ago.

Today, researchers use cutting edge technology to take one patient's rare genetic data and match it with others around the globe to come up with a diagnosis.

Conboy heads the Undiagnosed and Rare Disease Clinic for the IU Precision Health Initiative where her team analyzes genome sequencing, hoping to discover new genes that may lead to answers about rare diseases. In a way, she and her team act as genetic detectives.

By definition, precision medicine is unlike the traditional "one-size-fits-all" approach to medical treatment, according to the National Institute of Health.

It seeks to prevent, diagnose and treat disease by considering an individual’s genes, lifestyle and environment. The term "precision" is often interchangeable with other terms like personalized or individualized medicine.

Conboy got her start at the Mayo Clinic. Mayo implemented a nearly identical approach to clinical research as precision health practitioners do, but under a different name, the Center for Individualized Medicine.

Integral to the process is data retrieval and management, which continues to evolve with time.

A database called Genematcher allows researchers to share data on suspicious genes. Conboy's team used it to help a 2-year-old boy with a rare genetic change that was causing neurodevelopmental delay and dysmorphic facial features. When Conboy's team put his gene, BRCA, into Genematcher, they gathered information from a network of 12 individuals experiencing similar changes in the same gene. Several of the other patients had abnormalities in their hearts and kidneys, and the diagnosis allowed the boy’s doctors to check and make sure he didn’t have similar issues.

"Over time, what needs to happen, and what we've had success doing, is collaborating with other teams who have patients with similar rare diseases," Conboy said.

Collaboration through the University of Missouri System and beyond is the goal for the Roy Blunt NextGen Precision Health Institute.

On Tuesday, UM will unveil the high-tech center that has been its top priority for four years.

Expectations have been high since the early stages of planning in 2017. University of Missouri President Mun Choi said it represents the university's first research building for STEM in over 18 years. The Bond Life Sciences Center, the latest facility, was built in 2004.

This is not only an investment in the university's research capabilities, but in precision medicine altogether. And at its core are two crucial components for success: data science and biomedical technology.

"I am very confident that we have the tools here. They're going to help our scientists make major discoveries for a number of years," said Richard Barohn, executive vice chancellor for health affairs and executive director of NextGen.

What data is gathered?

Tatiana Foroud is the associate dean for research affairs at the Indiana University School of Medicine and leads the IU Precision Health Initiative. She manages an NIH data-repository of blood, DNA and tissue collected from patients with Alzheimer’s disease.

“One of the cardinal things about precision health is the amount of data that you have. So, we've had to build ways to store data, manage data, move data and analyze it,” Foroud said.

Researchers use sequencing to map DNA containing genes, studying how different strands contain regulatory functions, turning genes on and off.

This is especially important for oncology.

“If someone has a cancer tumor, that DNA can change and evolve over time. That’s one of the ways we predict prognosis,” Foroud said.

One of the challenges of health care, Foroud adds: "We don't want to have to sequence a person each time they get a new diagnosis."

Health care systems must learn ways to obtain data, store it and have the ability to go back and re-examine sequences, Foroud said.

At IU, the Big Red 200 supercomputer uses artificial intelligence and machine learning for calculating massive amounts of data. Sequencing is done in a certified clinical laboratory, where algorithms annotate data and researchers interpret the results.

Clinical care is then tailored based on research findings. Research is also applied to clinical trials in pharmacogenomic testing, which is a drug therapy that examines how individuals and their genes respond to medication.

The University of Florida Precision Health Program is focused on implementing genomics into clinical care.

Sonja Rasmussen, professor at the University of Florida College of Medicine, works as a clinical geneticist. She said they've done personalized medicine related to pharmacogenetics for a number of years, "trying to figure out based on your genetic background, is this medication that we're giving you the best medication for you?"

Big data is stored in OneFlorida, a database built in 2013 that is available to researchers across the state.

"Its a clinical research network, and that information can be used to look at rates of different diseases in Florida and identify communities that might need targeted interventions," she said.

MU already has a facility in the Bond Life Sciences Center that stores and supplies data to UM researchers, external researchers and commercial entities.

Choi said the NextGen building is the "centerpoint," intending to centralize researchers, faculty and students and fulfill their equipment and technology needs. 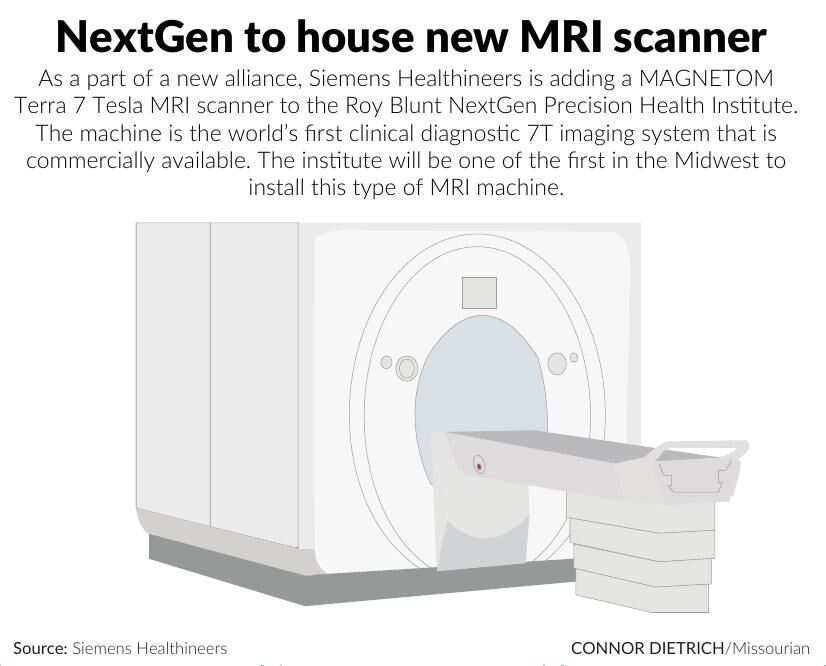 Having these in the same suite adds a huge advantage, Barohn said.

NextGen will contain a lab bar that's 10,000 feet long with work stations to house groups of principal investigators and students. "And they're all going to be working together," Barohn said.

UM has a partnership with a science manufacturing company called Thermo Fisher to supply electron microscopes.

"The Krios cryo-electron microscope allows the viewing of 3D structures of proteins, which was critical in creating the COVID-19 vaccine,” said Jeffrey Lengyel, the company's technology director.

Lengyel said the microscopes can be used in plant research to study zoonotic diseases.

Lengyel also said education is a big component of the relationship with NextGen, and they hope to build up a strong workforce.

Barohn said the data and technology integral to NextGen are fundamental to the university's mission.

"Understanding the biology is the key now. While that is happening in the laboratories, what needs to happen on the front lines in the clinics, it's education," Barohn said. "It's truly education."

Watch KOMU 8 News at 10 p.m. Monday and Tuesday for a series of Target 8 reports. Go to KOMU's website for all the coverage.

The NextGen Precision Health Institute is the most important building added to campus since Jesse Hall, said the UM President