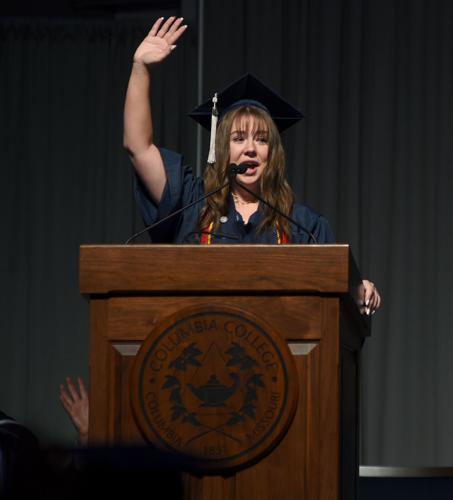 Emma Chedwick, the early ceremony’s graduating speaker, raises her hand after asking the crowd if they’ve ever failed before on Saturday at Southwell Gymnasium in Columbia. 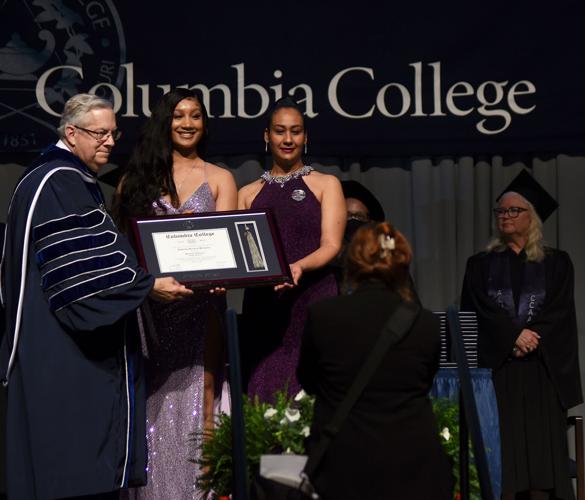 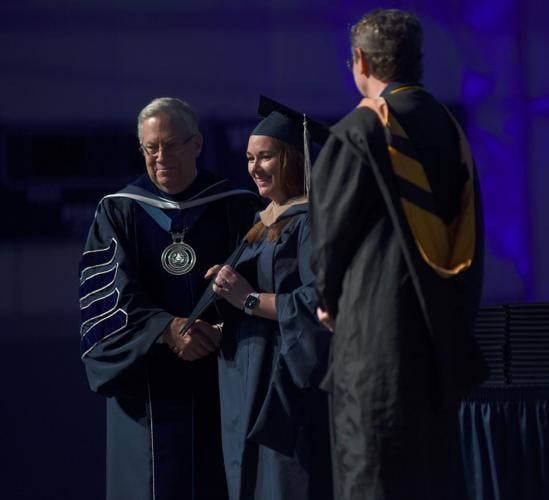 Sarah Brennecka receives her master's degree Saturday at Southwell Gymnasium in Columbia. The Robert W. Plaster School of Business had 74 graduates who were awarded degrees at the ceremony. 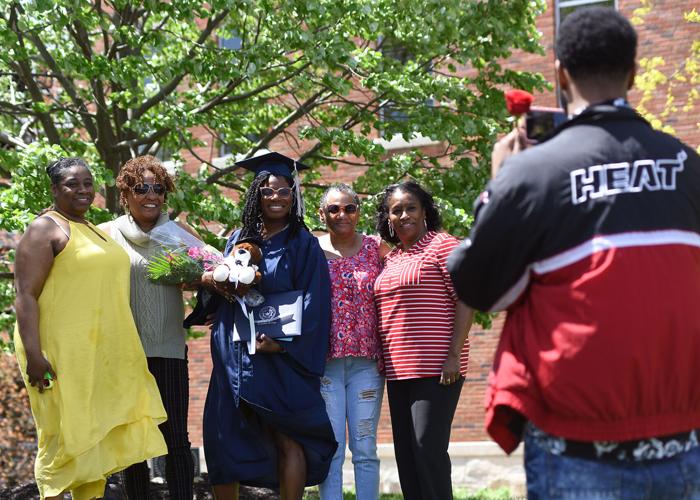 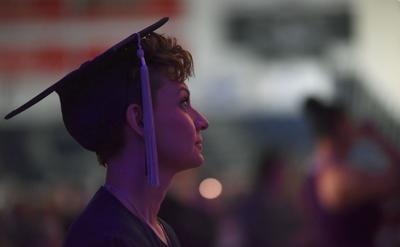 An empathetic crowd gave a standing ovation Saturday for the family of a Marine killed during the U.S. evacuation of Afghanistan.

Marine Sgt. Johanny Rosario Pichardo, 25, was attending Columbia College full time last year until she was killed in August during the U.S. withdrawal from its longest-running war. On Saturday, she was awarded a degree posthumously at the first of the college’s two graduation ceremonies in Southwell Gym.

“I decided to attend college to make my mother proud when I receive my degree and because it’ll open a lot more doors for me,” Pichardo wrote in an essay provided by the college.

Pichardo’s mother and sister accepted the degree for her Saturday. Additionally, the college announced it was introducing a scholarship in memory of Pichardo called the Sgt. Johanny Rosario Pichardo Endowed Scholarship.

The scholarship, which is intended to assist military-affiliated students, was made possible by a donation from the Veterans United Foundation.

Across the two Saturday ceremonies, 405 graduates walked the stage, and students from 15 different countries were represented.

During her speech, Chedwick shared the three most valuable lessons she learned at Columbia College.

First, she learned that “failure doesn’t matter in the long run” because later successes can wash away the feeling of failure.

Second, she said that humans are naturally curious and want to always ask questions.

Third was simply to be a human and do your best to put good out into the world.

To send off Chedwick and her peers, Columbia College President David Russell offered his congratulations and words of encouragement to the Class of 2022.

“Whether it took four years or 40 years, you did it,” Russell said. “You are now prepared to lead.”

Johanny Rosario Pichardo, who was killed during a suicide bombing, will receive a human services degree posthumously.