COLUMBIA — Ten days after members of the student group Concerned Student 1950 blocked UM System President Tim Wolfe’s car during the MU Homecoming Parade, the group issued a statement of demands, which included a request for an apology from Wolfe and his removal from office.

The group requested a response from administration by Oct. 28. Wolfe had not publicly responded to the demands as of Wednesday, though he had previously reached out to the student activists in the group after they published the letter on Oct. 13.

"President Wolfe has reached out to them and has invited them to meet with him and offered them a number of times he's available," said UM System spokesman John Fougere.

Concerned Student 1950 also tweeted a letter on Oct. 13 describing the events of the parade.

If you don't know already, here is our story. #ConcernedStudent1950 pic.twitter.com/BNi8NggYV6

The Department of Black Studies issued a statement in support of the group on Oct. 13 as well. Stephanie Shonekan, chair of the department, said the statement responded to student activist work throughout the past two years — from the death of Michael Brown to recent incidents involving MSA President Payton Head and the Legion of Black Collegians.

“It’s just good that we share the work that these students are doing because it is work," Shonekan said Wednesday. "It is exhausting; it’s time out of their studies and the other work that they have to do.”

Shonekan said she was appalled by comments posted on previous news articles in various publications about race on campus.

“If you’re not a black student on Missouri’s campus, you don’t know what that experience is,” she said.

“We endorse that sentiment, and we join her in supporting our students who are actively working for change, trying to improve the campus environment," it said.

The School of Health Professions emailed a statement Friday signed by Dean Kristofer Hagglund to its faculty, staff and students. It said: “In recent weeks, it has become obvious that racism at Mizzou is a very real, very present problem. I sincerely apologize to students who feel that their presence on campus has not been heard or valued by those in a position to make a difference in our campus culture.”

“We’ve heard the distress of the black students on campus and for the students of our school. We want to offer all the help we can,” said Hagglund in an interview Wednesday.

Hagglund said the School of Health Professions has formed a task force on student inclusion and diversity. By the end of the semester, the task force will give a report about ways the school can improve the inclusion of underrepresented minorities, which include racial and ethnic minorities, LGBTQ students and students with disabilities.

As future health providers, students of the school will have to care for a diverse population, Hagglund said.

“We’re training the next generation of the health care workforce, and we would like that workforce to be reflective of the people that they serve,” he said. 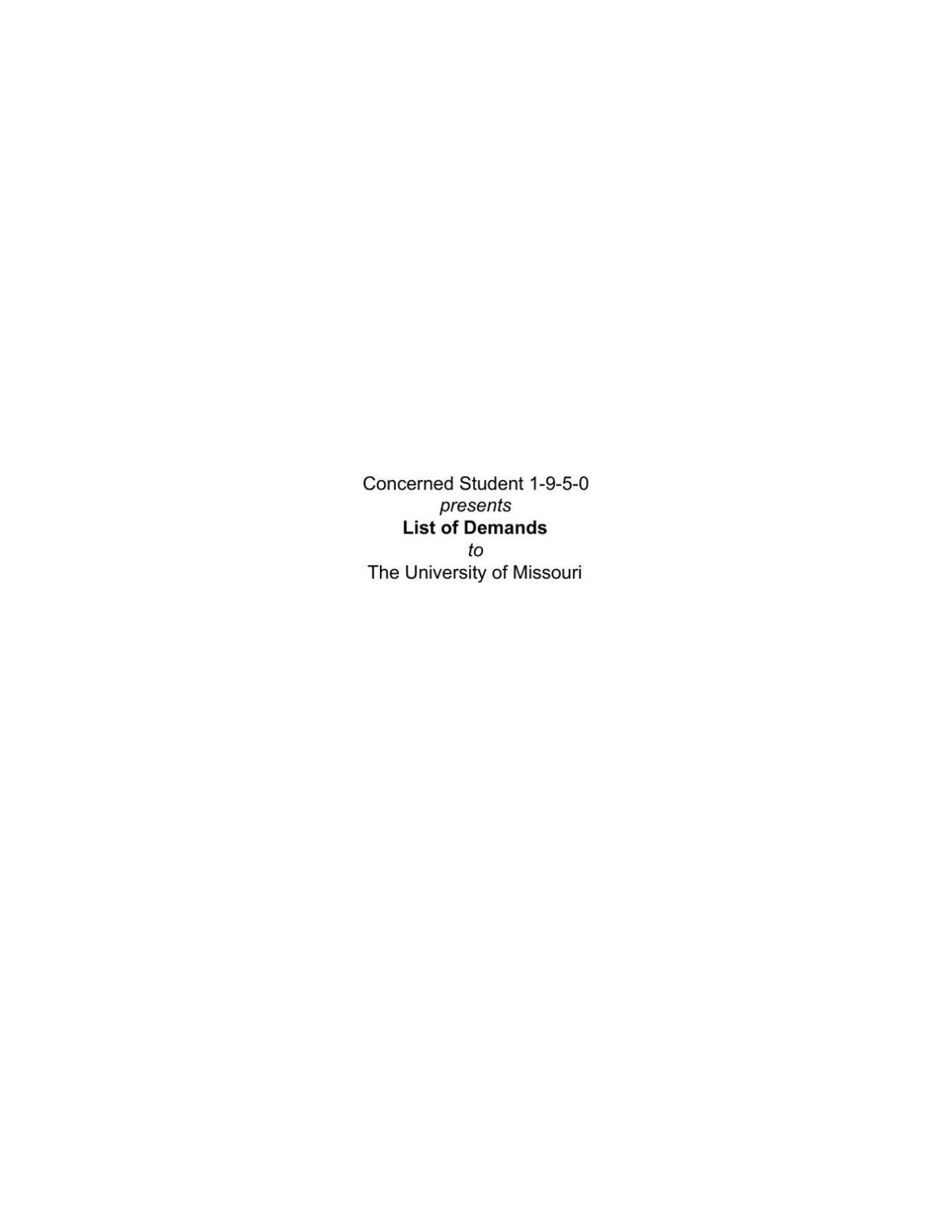 How MU has come face-to-face with racism on campus

The pressure for change has been building since last fall, but there is a disconnect among groups that continues to hinder progress.