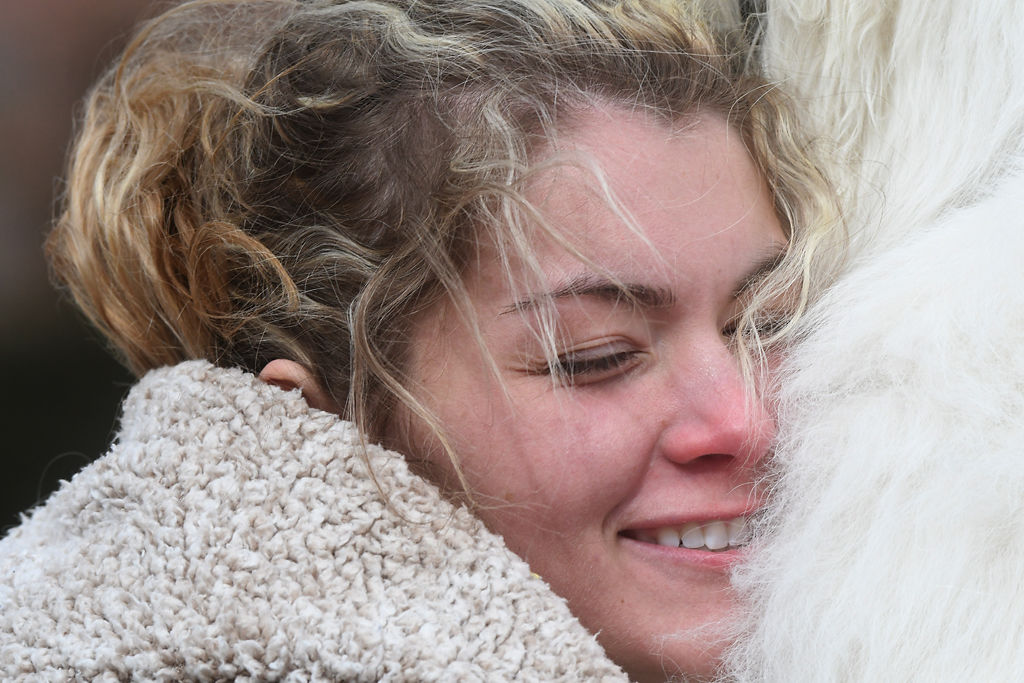 Kristina Adler, a junior, snuggles up against Harlan, a Great Pyrenees, on Jan 29, 2019, at Speakers Circle. 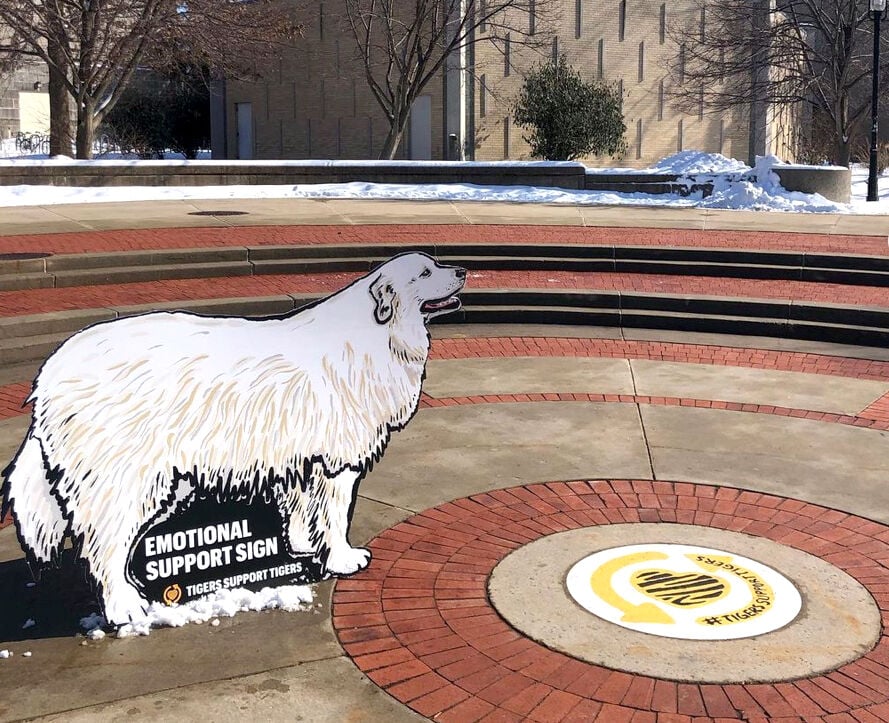 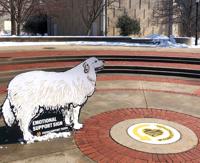 This sign of Harlan will be placed around the MU campus for the rest of the spring semester, according to an Instagram post by MU on Sunday. 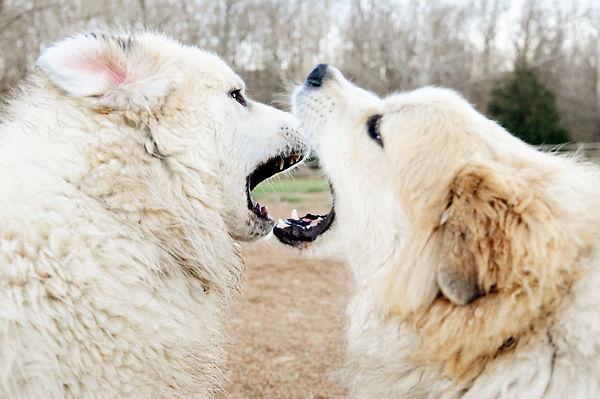 Kristina Adler, a junior, snuggles up against Harlan, a Great Pyrenees, on Jan 29, 2019, at Speakers Circle.

This sign of Harlan will be placed around the MU campus for the rest of the spring semester, according to an Instagram post by MU on Sunday.

A sign depicting Harlan, the fluffy white dog who often sits at MU’s Speakers Circle, is going to be popping up on campus this week.

It will replace the cling of Harlan on the ground of Speakers Circle that asked people to stand at least 6 feet — about two Harlan lengths — apart. It was part of a campaign of similar clings across campus promoting social distancing.

Before the snowy weather last week, MU decided to do something different this semester.

The original clings around MU could no longer be seen because of the amount of snow last week, and many were torn up by snow plows. To solve that problem, the university decided to switch to signs.

MU chose to make a sign of Harlan, a Great Pyrenees, “because he brings joy to everyone when he comes around,” said Jaime Morgans, director of marketing.

Morgans said Harlan is a “beloved character and is something that MU is so familiar with.” The new sign is of his image and sits above text that reads “Emotional Support Sign.”

It was created by Tigers Support Tigers, a campaign by the Mizzou Alumni Association that shows support for and encourages people to follow safety precautions, such as social distancing. Encouraging signs are all around campus.

“Harlan is kind of a warm, fuzzy character, and so (the emotional support label was) just kind of a fun little moniker that was put on the side,” Morgans said. “He brings joy to everyone when he comes around, and everybody gets to pet him, so it was just kind of a fun thing.”

The Harlan sign will pop up like a “Where’s Waldo?” puzzle all over campus, though mostly along the route he and his owner, Cris Wood, usually walk. The group ran the sign past Wood before putting it up.

Students can take photos with the sign. MU will put out the sign again, but Morgans said she didn’t have a specific time frame.

“The main part of it is the fact that it’s Harlan," Morgans said. "People love to see him.” .