The Florida Board of Governors unanimously approved Alexander Cartwright as the next president of the University of Central Florida on Wednesday, bringing an end to his time leading MU.

His start date is April 13, according to his contract with UCF.

No plans have been made public yet about a search for a new MU chancellor. The UM System Board of Curators met late Wednesday afternoon, but it was a closed session and no announcement was forthcoming.

Cartwright was selected unanimously by UCF’s Board of Trustees on Friday. As president, he will lead one of the largest public universities in the country.

The five-year contract was approved without debate by the Board of Trustees on Tuesday, according to the Orlando Sentinel. Cartwright’s base pay will be $600,000, 20% higher than the university’s previous president and about 20% higher than his salary at MU.

The contract also includes potential performance bonuses, which along with deferred compensation and other perks will likely total above $1 million annually, according to the Sentinel.

As president, Cartwright will live in the university-owned Burnett House, according to his contract proposal, and will receive $50,000 for relocation-related expenses.

In his remarks to the Board of Governors prior to their vote, Cartwright praised UCF’s potential to become a top-tier research institution and plans to develop the university’s strategic plan in the coming years.

During the trustees’ deliberations on Friday, Cartwright was praised for his steady demeanor, experience in top administrative roles and relationship with faculty and staff.

In a virtual news conference following his selection by the trustees, Cartwright thanked the MU community and recognized the UCF’s frequent efforts to reach out to him.

“The more that I learned and the more times people kept coming to me, the more I started to understand what might be possible in Orlando,” Cartwright said.

Cartwright was hired at MU in 2017 and has spent his 2 1/2 years as chancellor focused on student affordability and success initiatives, boosting funding and investment and other financial measures.

He succeeded R. Bowen Loftin as permanent chancellor of MU after Loftin resigned in November 2015.

Upon Cartwright’s selection by the Board of Trustees on Friday, UM System President Mun Choi and MU Provost Latha Ramchand wished Cartwright well “in his new endeavors at UCF” in an email to the campus community.

Cartwright’s departure leaves a gap in MU leadership while campus is shut down and classes are operating 100% remotely to help block the spread of COVID-19.

He will inherit a position that has been filled by an interim since former UCF President Dale Whittaker resigned in February 2019, after it was discovered the university had been misappropriating leftover operating funds.

Cartwright was courted for the position for weeks by the university, according to the Sentinel. The late reveal of his application and speedy nomination process by drew criticism from UCF faculty and students alike, according to Knight News. 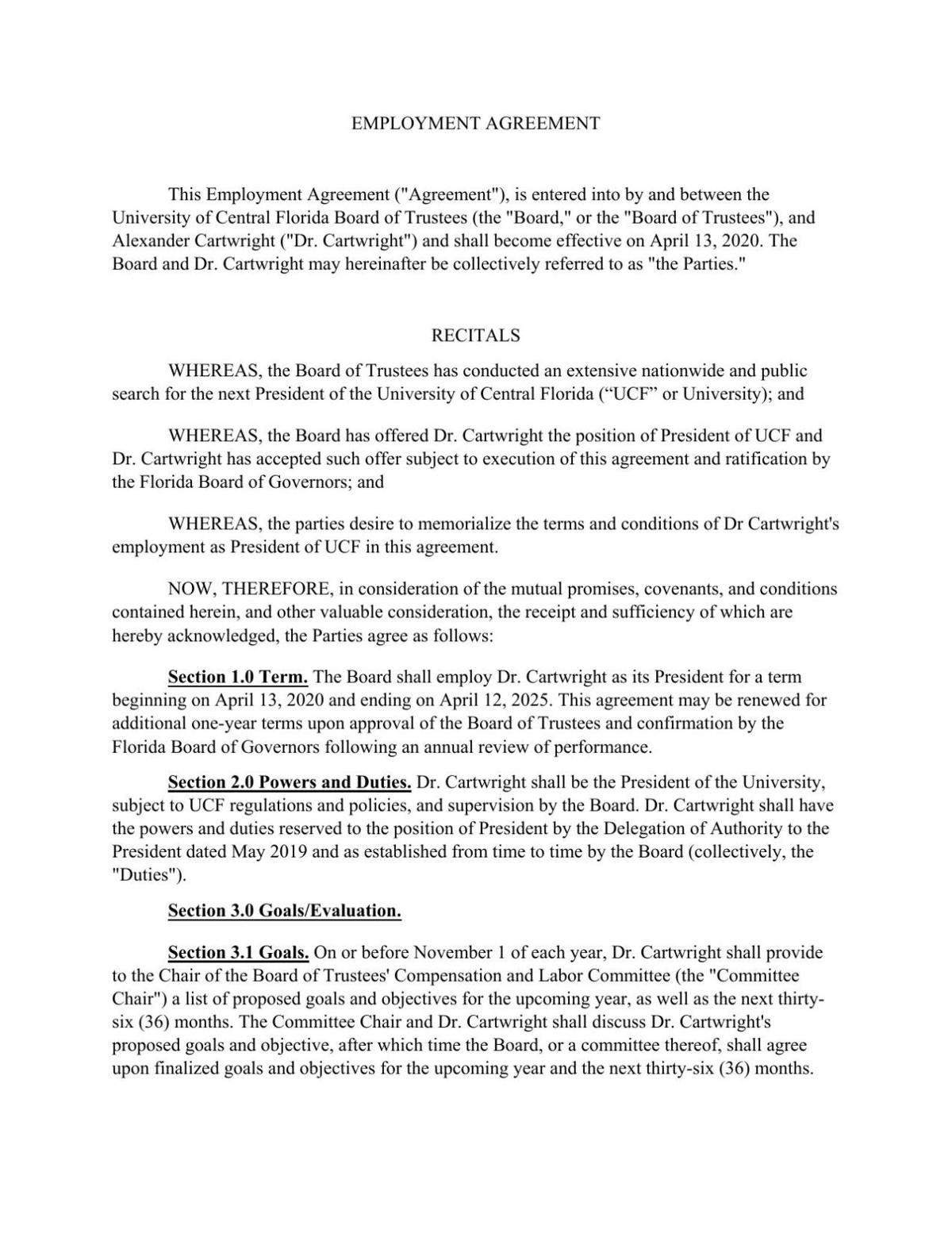