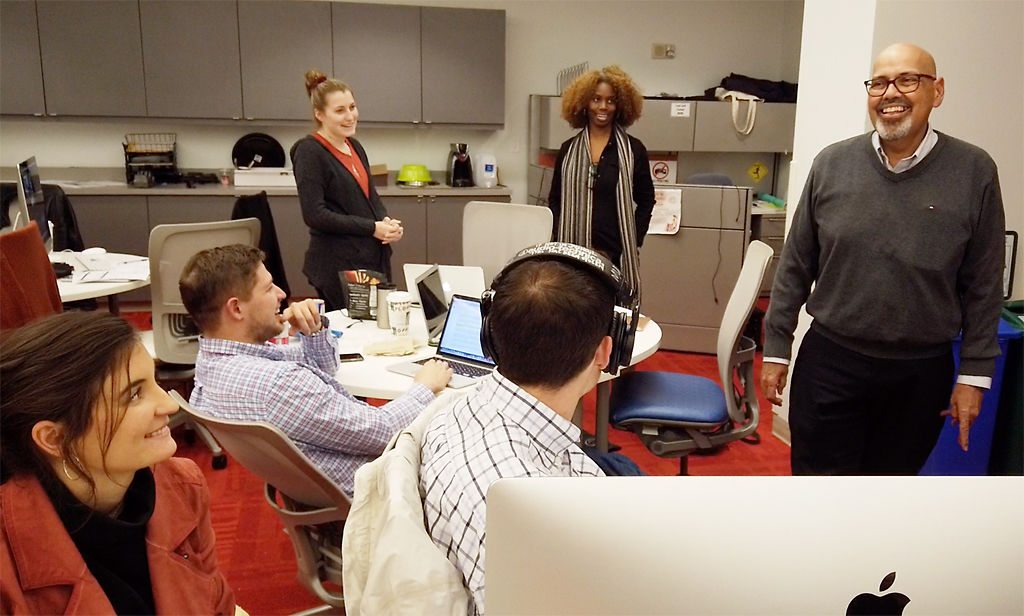 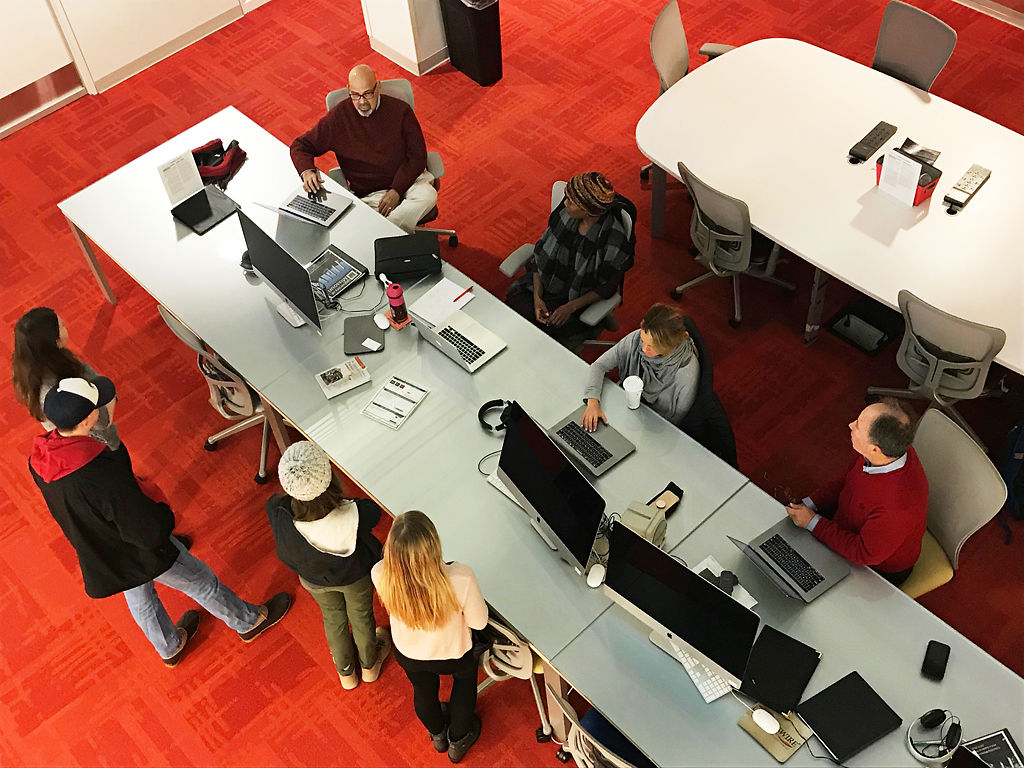 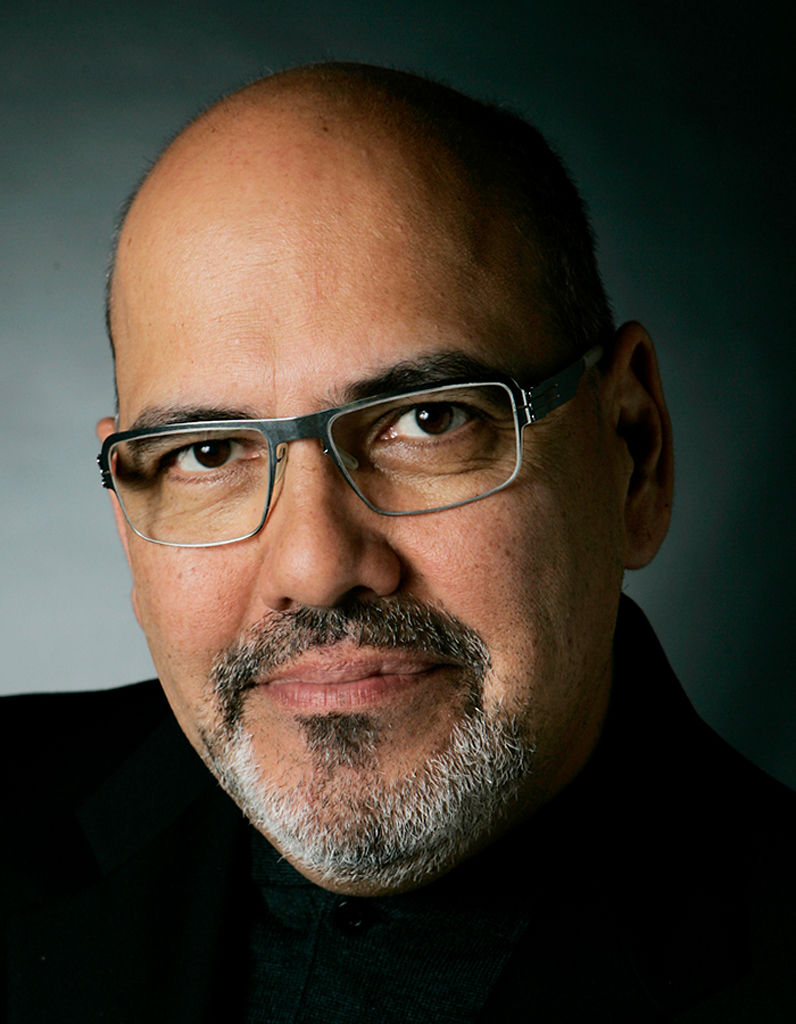 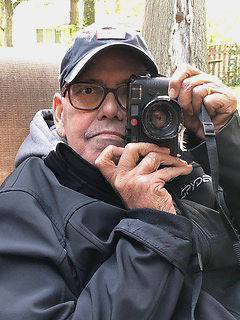 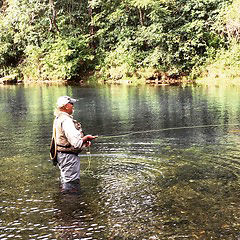 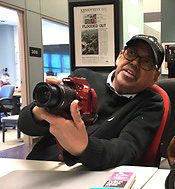 Mark Hinojosa loved his family, cooking and the Columbia Farmers Market. He loved wine and rye whiskey. He loved his work, and he didn’t let his cancer diagnosis slow him down.

Hinojosa was born Aug. 17, 1956, and grew up in East Los Angeles. Neither his father, John Garcia Hinojosa, a gardener, nor his mother, Emma Martinez Hinojosa, were advantaged with higher education, said Katherine “Kay” Foran, his wife for more than 31 years.

At the pinnacle of his career, “as a kid from East L.A.,” Hinojosa had to pinch himself, she said. He couldn’t believe where he was.

Hinojosa was hired as a member of the convergence faculty at the Missouri School of Journalism in 2015. He was a two-time Pulitzer judge for photography and local reporting and was part of a Pulitzer Prize-winning team at The Kansas City Star in 1982.

He also worked as an editor for a photo book, “Americanos: Latino Life in the United States,” which was a Smithsonian Institution traveling exhibit. Hinojosa was recently chosen to receive a Reynolds Faculty Fellowship award, the Missouri School of Journalism announced Wednesday.

“He was a person of exceptional generosity, compassion, tenacity and love,” Foran said. “Everywhere he went, he made deep friendships and changed the places and the people for the better.”

After Hinojosa’s diagnosis, Kiely remembers him asking her, “What’s our next project?”

The two spent a lot of time together driving to and from the Bootheel, working on a pro bono project for the National Stars and Stripes Museum and Library in Bloomfield, even throughout Hinojosa’s illness.

Kiely said the last thing she took to Hinojosa’s house was a bottle of rye whiskey and a straw.

Hinojosa held students to a high standard but treated them as colleagues. He was the “definition of tough love,” said Lynda Kraxberger, associate dean at the Missouri School of Journalism and part of the hiring team that chose Hinojosa. Kiely said she saw one of his students in tears Friday when news broke of his passing.

Kraxberger said Hinojosa “thought creatively and compassionately about the people he told stories about,” adding that his license plate, when spoken aloud, formed the phrase “Fourth Estate,” referring to the free press as an informal component of the political system.

She said Hinojosa “noticed the most granular details” and was a perfectionist who was always thinking about the future of journalism.

“He was the best boss I ever had,” said Ellen Warren, a columnist at the Chicago Tribune. Hinojosa was Warren’s editor in 2004, a year that she described as “the best year of my 50 years of journalism.”

When Warren received a phone call from Kiely on Friday, she said her heart sank. She knew exactly what the call was about.

“He was the most generous and smart editor I ever had,” she said.

Warren said when working at the Chicago Tribune, she would walk into Hinojosa’s office for a quick talk and find herself having a long conversation on politics and the state of the world. Hinojosa allowed her to start the Tribune’s first political blog.

“He was so curious, so informed and so funny,” Warren said.

In middle school art class, upon seeing his work, Hinojosa’s teacher instructed him to follow her. She took him right across the hall to the photography teacher. Foran said that for her husband, when it came to photography and visual storytelling, “it was love at first sight.”

Warren described Hinojosa’s relationship with photography similarly, calling it “his great love.” While Warren is a self-described “word person,” she recalled a time when the two stood in a hallway and Hinojosa went on talking about the photos there, adding that he could talk about photography forever.

Hinojosa was diagnosed with multiple myeloma while living in Detroit in 2012. Warren said that he took the diagnosis with “great grace,” adding that “he could give a master class on overcoming adversity.”

“His tenacity, his determination to not let a disease in any way” come between him and his goals was inspiring, Foran said. “He was always profoundly appreciative of the many doctors, nurses and health care providers in Detroit, St. Louis and especially at MU Health Care, who gave him so many more wonderful years and experiences throughout his journey with the disease.”

Despite his professional success, Foran said that for her husband, “always, family came first.” He was home for dinner whenever he could be, and he taught his children how to ride a bicycle, rock climb and fly fish.

His children are John Luke Hinojosa (Xiaotian Hu), Maria Hinojosa and Isabella Hinojosa. He is also survived by three sisters, three nieces and a nephew.

There will be a funeral Mass for Hinojosa at 11 a.m. Saturday at St. Edmund Parish in Oak Park, Illinois. Visitation is an hour prior, at 10 a.m. Memorial contributions may be made to the Mark Hinojosa Fund for Future Journalists or by mailing a check to the Office of Advancement, School of Journalism, 103 Neff Hall, Columbia, MO 65211.

A few weeks ago at home, Hinojosa took a book off the shelf, Foran said. It was “The Little Prince.” He read her a line.