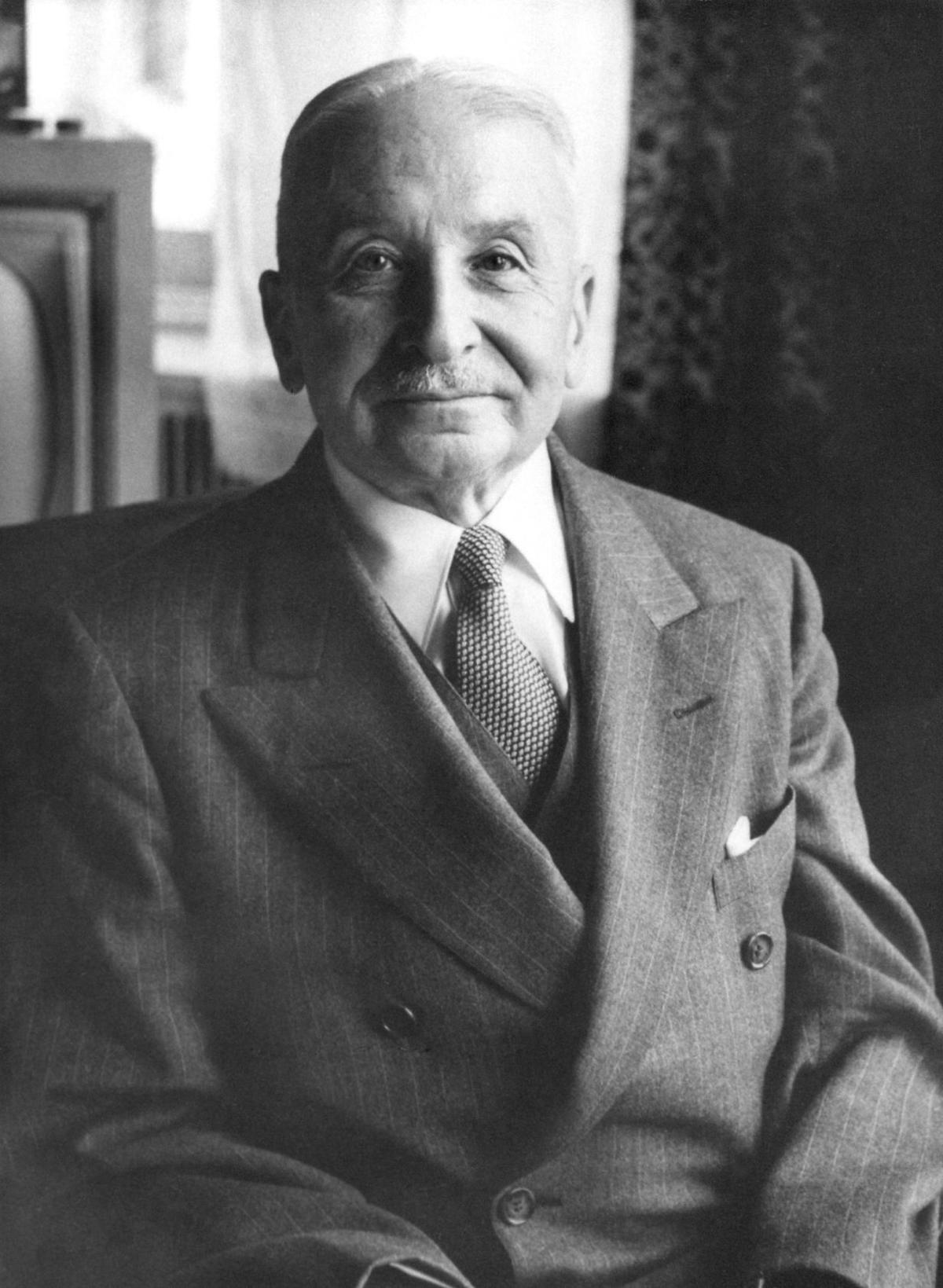 The philosophy of the late economist Ludwig von Mises is at the heart of an unusual lawsuit against MU. 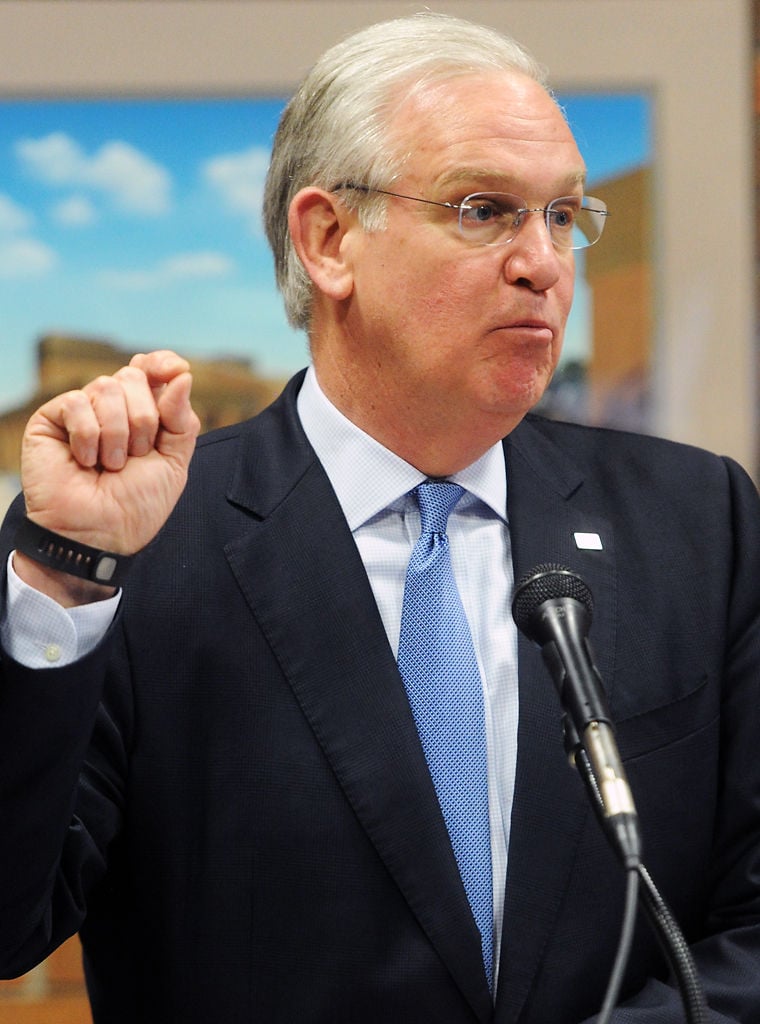 Former Gov. Jay Nixon, a Democrat and a University of Missouri graduate, has signed on to represent Hillsdale College. 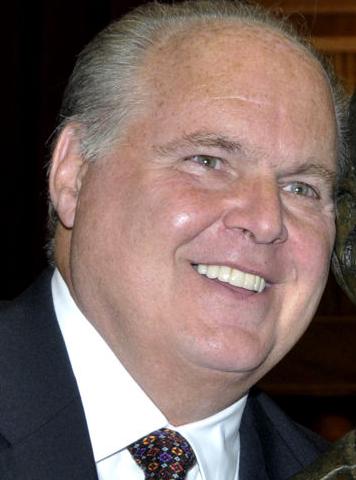 The tiny Michigan college that’s suing to take a multimillion-dollar bequest from MU is a politically well-connected institution with big-name allies.

But Hillsdale is a conservative powerhouse. Its board of trustees includes J. Christopher Chocola, a former member of Congress and former president of the fiscally conservative Club for Growth, and Jeffrey H. Coors of the Colorado beer-brewing family, a major donor to Republican candidates and causes. “Wheel of Fortune” host Pat Sajak became chairman of the college’s board in April.

The college prides itself on refusing any form of state or federal funding, including student grants or loans. That allows it to avoid government mandates, such as the requirements related to Title IX and affirmative action. According to the mission statement on Hillsdale’s website, the college educates, “all persons who wish, irrespective of nation, color, or sex, a literary, scientific, [(and)] theological education.” Hillsdale also describes itself as a “nonsectarian Christian institution.”

Its most recent tax disclosure forms show Hillsdale with $1 billion in assets at the end of 2016.

Last year, Vice President Mike Pence delivered Hillsdale’s commencement address. Other prominent Hillsdale supporters include two Missourians, conservative talk show host Rush Limbaugh, who frequently touts Hillsdale’s conservative educational philosophy, and, in an unusual political twist, former Missouri Gov. Jay Nixon. Nixon, a Democrat and a University of Missouri graduate, has signed on to represent Hillsdale in its lawsuit against the University of Missouri’s Board of Curators, which includes four curators appointed by Nixon himself. A fifth, former MU basketball standout Jon Sundvold, was appointed on an interim basis by Nixon before Eric Greitens appointed him.

The former governor declined multiple requests to comment for this article.

At issue in the legal fight, which the Chronicle of Higher Education calls “bizarre,” is whether MU is living up to the terms of a $5 million gift donated by alumnus Sherlock Hibbs.

A 1926 MU grad who served in World War II and then became a successful Wall Street financier, Hibbs died in 2002 at the age of 98 in Fort Lauderdale, Florida.

According to briefs filed with the Missouri Supreme Court, Hibbs insisted in his 33-page will that the university use the legacy to create chairs and distinguished professorships occupied by “dedicated and articulate” disciples of the late economist Ludwig von Mises. The high court on June 25 ruled that the 2-year-old lawsuit would be litigated in Boone County — a victory for MU.

A free market economic philosopher who is associated with the Austrian School of Economics, von Mises has a near-cult-like status among some libertarians. He’s a favorite of Ron Paul, a former Republican congressman and sometime presidential candidate (and the father of Sen. Rand Paul, R-Kentucky). He has said the economic philosophy of von Mises helped inspire his political career. There’s even a convention of von Mises acolytes, scheduled for this week. One of the speakers is Judge Andrew Napolitano, the Fox News commentator.

Von Mises favored free markets and private property rights and believed the role of government should be limited to defense of people and property. Some of his followers oppose the minimum wage and question worker safety regulations and child labor laws.

Under the unusual terms of Hibbs’ bequest, Hillsdale effectively serves as a watchdog: As part of the will, Hibbs required UM’s Board of Curators to send a letter to Hillsdale College every four years, identifying the names and qualifications of the professors occupying the chairs and distinguished professorships, according to court briefs. If the board failed to send the letter, or if a seat remained vacant for five years, the balance of the trust would be forfeited to Hillsdale.

MU spokesman Christian Basi provided the Missourian two letters from 2014 and 2018, in which the professors each attest they are “a dedicated and articulate disciple of the free and open market (Ludwig von Mises Austrian School of Economics).”

Currently, there are four professors in positions endowed by Hibbs’ bequest, according to Basi. Two seats are unoccupied. The four are:

Hillsdale College, home to von Mises’ personal library, claims the dean of the business school never appointed a dedicated or articulate disciple to the positions, instead providing “millions of dollars over 15 years to individuals who were not Austrian economists,” according to court records. As the secondary beneficiary of Hibbs’ bequest, Hillsdale argues it should receive the money instead.

Basi noted the will did not include a requirement that Mises’ theories be included in the professors’ curriculums. He said MU invested Hibbs’ $5 million donation, which has grown to $9 million. Of that amount, $4 million has been spent on the chairs and distinguished professorships since 2002.

“We are very careful to follow our donors’ wishes explicitly whenever we do accept a gift,” Basi said. “It should be noted we don’t accept every gift that is provided to the university. If we are offered gifts that do not coincide with our mission or current priorities, we have declined to accept those gifts, although we are always very grateful to anyone who wants to donate to the university.”

The lawsuit over Hibbs’ money began in 2017 in St. Louis County, though Peter Herzog III, an attorney for Hillsdale, said college officials first became suspicious of MU’s use of the money in 2014. Even though UM curators’ minutes indicate approval of the certification, Herzog claims Hillsdale never got that year’s letter from MU certifying that the teaching positions created by Hibbs’ bequest were occupied by disciples of Mises.

“Mr. Hibbs named Hillsdale College not only to ensure that his gifts were used as described in his will, but also to take action if the intent of his gift was not fulfilled,” Herzog said in an email. “Hillsdale takes that obligation very seriously. Hillsdale College looks forward to thorough discovery into why the University of Missouri changed the terms of Mr. Hibbs’ gift.”

Hibbs’ final gifts extended beyond MU. His will contained numerous donations to charitable organizations — Make a Wish Foundation of Southern Florida, Cooperative Feeding Program and the Miami Jewish Hospital and Home for the Aged, according to Florida court records. It also contained bequests to three other universities: Cottey College, University of Kansas and Hillsdale.

Hibbs never attended Hillsdale, but Herzog said Hibbs’ career in finance allowed him to “witness the principles of fiscally-conservative, free-market economics,” which explained his interest in creating chairs dedicated to Mises.

Herzog said Hibbs’ $1.3 million gift to Hillsdale was to pay for a professor who was a disciple of the Austrian School of Economics.

At Cottey College in Nevada, Missouri, it was an approximately $800,000 gift from Hibbs that created a chair for a Mises’ disciple, according to Sherri Taylor, vice president for institutional advancement.

Hibbs was a donor throughout his lifetime at the school, Taylor said, and he created a scholarship at the school in his mother’s name. Hillsdale College is not a secondary beneficiary of Cottey College’s gift, Taylor said.

A $750,000 gift from Hibbs endowed the Harold Otto Distinguished Chair in Austrian Economics at the University of Kansas, according to a 2006 article in the university’s newsletter.

A spokesman for the university did not respond to a request for comment.

According to professor William A. Barnett of the University of Kansas, however, Hibbs’ gift for the Otto Chair also identified Hillsdale College as the beneficiary if KU failed to appoint a disciple.

He said the economics department could not find an acceptable hire, so the funds were used by the business school.

According to the university’s newsletter, George Bittlingmayer, a now-retired business school professor and adjunct scholar at the Ludwig von Mises School of Economics, was appointed to the chair.

As editor of the academic journal Macroeconomic Dynamics, Barnett said he has not once seen a submission from an Austrian School economist that survived peer review and made it to publication.

“It is difficult to think of highly rated economics departments that emphasize von Mises or the Austrian School, of which he was a part,” Barnett said.

MU settles lawsuit brought about by disagreement over Austrian economics

Hillsdale College, a small school in Michigan, claimed MU did not honor the conditions of a $5 million endowment.