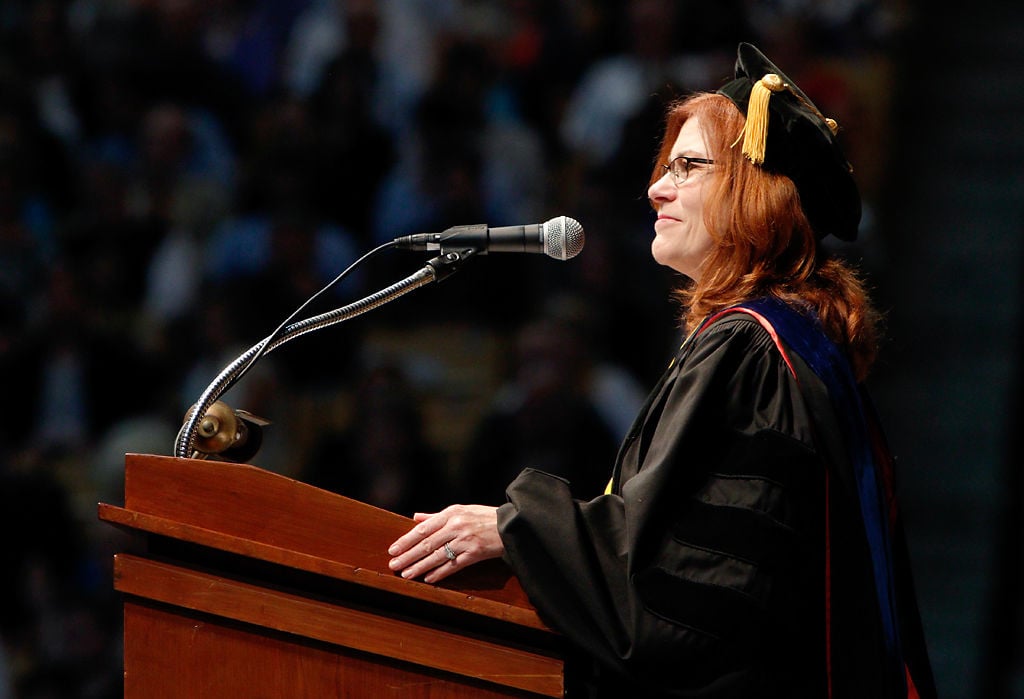 MU Provost Garnett Stokes gives an introduction speech for faculty mentors at the honors convocation in May 2016 at Mizzou Arena. 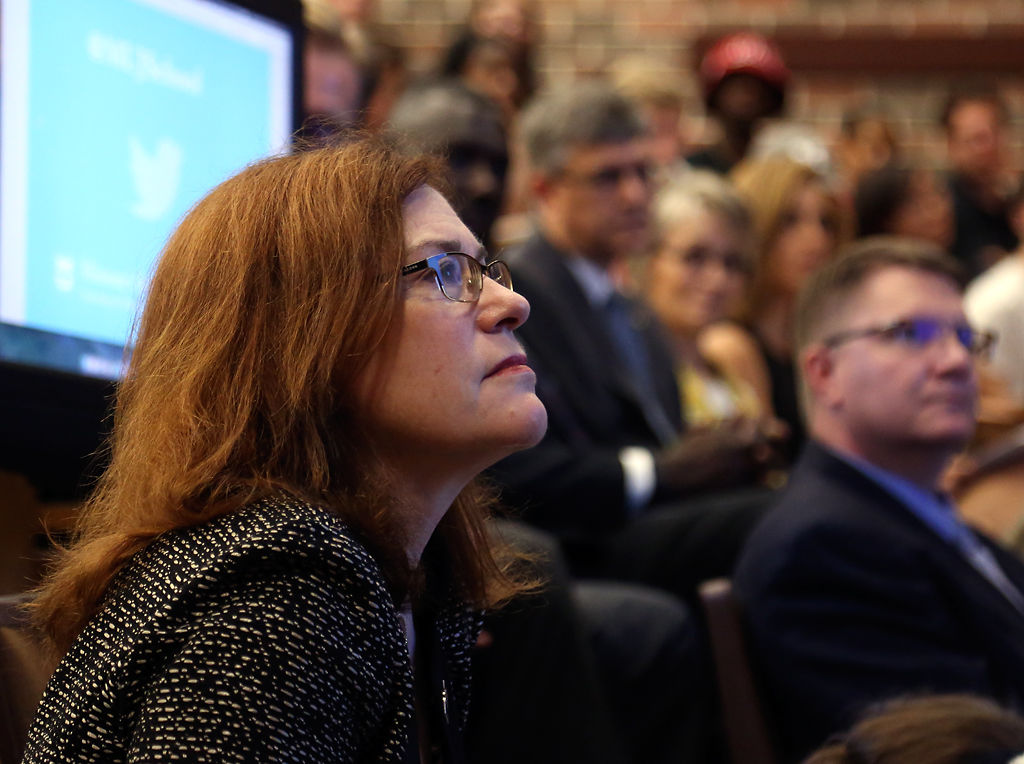 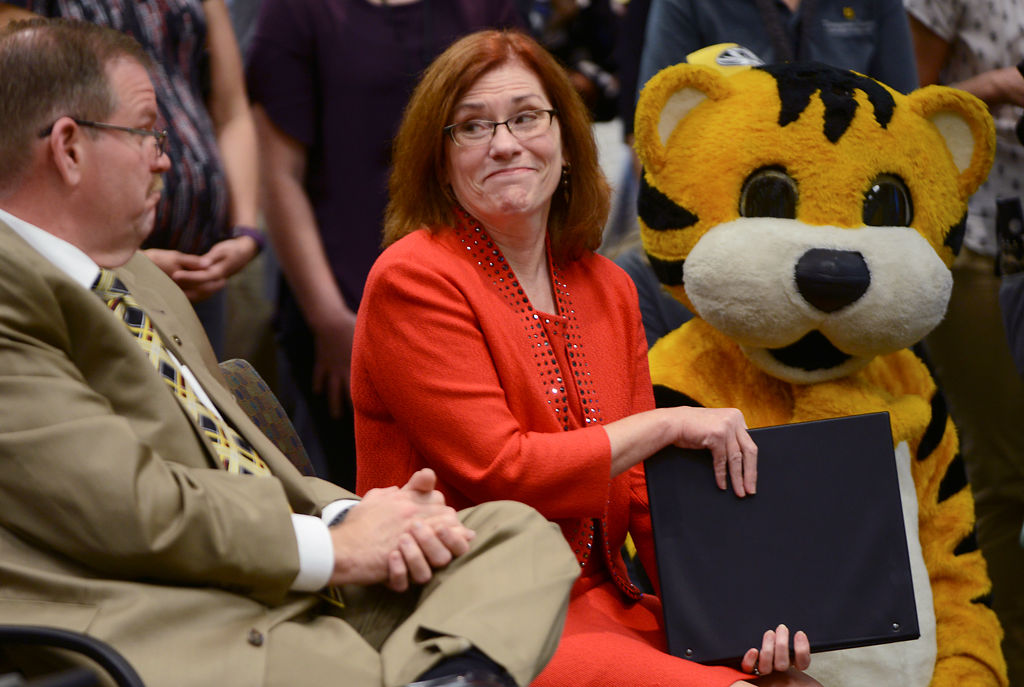 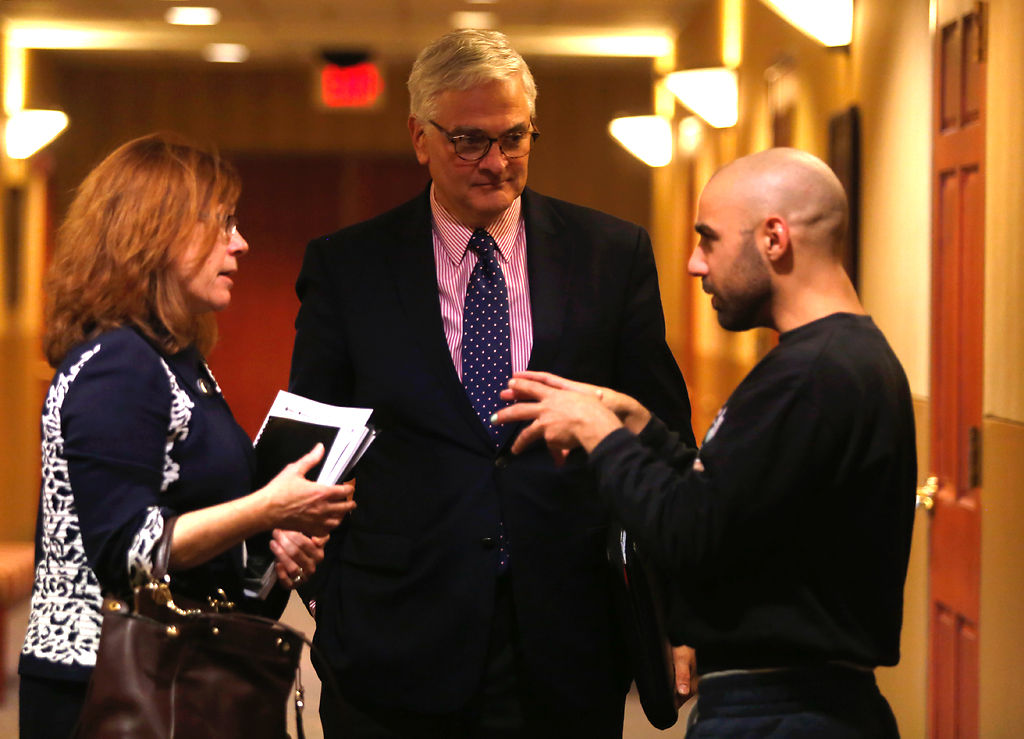 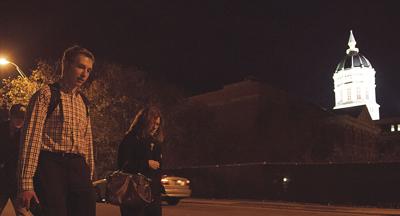 On a chilly November night in 2015, still in her first year at MU, Garnett Stokes walked through a campus embroiled in national controversy.

During the months that preceded that night, a wave of racially charged incidents and conversations swept over campus. Earlier in the week, University of Missouri System President Tim Wolfe and MU Chancellor R. Bowen Loftin resigned after a series of well-publicized protests and complaints.

It was a period of uncertainty for the campus, including real threats and misleading rumors. On the evening of Nov. 11, Stokes, MU's provost and executive vice chancellor, took action. With members of the news media beside her, Stokes walked through Greek Town and parts of campus to get a better understanding of what was happening.

"She’s very calm when we have a crisis," said Noor Azizan-Gardner, assistant deputy chancellor of diversity. "Nothing ever perturbs her."

Many of Stokes' colleagues laud the calm, collected way in which she has led institutions in times of crisis.

After a relatively short tenure of three years at MU, Stokes prepares for a new chapter in her academic career. Starting March 1, she will become the University of New Mexico's first female president. This is her last week at MU.

To those who worked closely with her, Stokes will be remembered for her leadership during turbulent times, expanding the Title IX office, her relationships with students, faculty and staff and the hiring of MU administrators.

Loftin, who appointed Stokes as provost in December 2014, emphasized her impact on revitalizing MU’s staff and campus culture.

During the 2015 protests, Loftin said he and Stokes met just about every day to talk about the outcomes of the open forums held on campus and discuss where the university was headed.

"Her insight was invaluable, not just to me, the chancellor, but to the entire chancellor staff," he said. "Many of the administrators on campus at the time were not people who had come from outside like she and I. They were people who had been here for longer periods of time. She brought an outside perspective, which I think the entire leadership team appreciated."

"Her ability to work through that was very important," Loftin said. "It’s good to have a lot of people at the table who come from different places because you can pool your experiences, you can pool your ideas, you can come up with a better solution."

"The most visible legacy she will leave is that she’s replaced most of the deans that were in place when she came here as provost," he said. "Those deans are usually long-serving, they have profound impacts on both their own colleges and this institution as a whole, and they affect students in so many ways in terms of their learning experience here. So, that will be something that will live long beyond her time here — that’s why I call it a legacy."

Her commitment to diversity on campus stretched beyond the student community as she worked to staff top-level administrative positions with more women and minorities. During her tenure, Stokes hired nine new deans, five of whom are women.

Patricia Okker, dean of the College of Arts and Science, said she has worked closely with Stokes since she was named provost. After working together in the Provost’s Office, Stokes hired Okker as A&S dean.

"Although she was here at MU for a relatively short time, she leaves a lasting legacy," Okker said. "I will miss her sense of humor, her smart and sometimes challenging questions and her uncompromising commitment to excellence."

Kathryn Chval, dean of the College of Education and another Stokes hire, described the provost as "an invaluable mentor and a dear friend."

"She initiated significant improvements through her commitment to effective processes, shared governance, and inclusive learning and work environments for staff, students and faculty," she said.

Loftin said that when he came to MU as chancellor, he recognized the need to expand and update MU's Title IX office. "Garnett was very much a part of developing a robust and successful Title IX coordinated process," Loftin said.

Stokes renamed the Title IX office the Office for Civil Rights & Title IX and reshaped it to become a centralized point of contact for addressing all forms of discrimination on campus.

She brought that initiative from her experiences at FSU, where she served as provost from 2011 to early 2015 and briefly as interim president. While at FSU, Stokes was faced with handling the high-profile controversy surrounding sexual assault allegations against then-football player Jameis Winston. There, she was instrumental in strengthening communications between FSU's Title IX office and the larger administration and increasing efforts to raise awareness and prevention.

"One sexual assault is too many," Stokes told a Tallahassee Democrat reporter back in 2014. She was a finalist for the FSU presidency before coming to MU.

So, one of the first things Stokes did as MU’s new provost was hire seasoned anti-discrimination lawyer Ellen Eardley as the inaugural Title IX office administrator and vice provost. Loftin credits Stokes as the person who "closed the deal" to bring Eardley to MU.

Eardley, who left MU last summer to return to her work as a civil rights advocacy lawyer in Washington, said Stokes’ strong leadership style was instrumental in her decision to work for MU.

"I was excited for the opportunity to work with a leader like her," Eardley said. "Garnett is a wonderful listener, and I think that is so critical in leadership — to collect a variety of perspectives."

People come first for her, Eardley said. "Whenever I had a difficult decision to make, Garnett Stokes was the one I turned to time and time again because I had confidence in her leadership and also her compassion for people on our campus."

In her first year on the job, Stokes had a cacophony of voices to not only listen to but answer as unrest over racial bias and graduate student rights consumed the campus conversation.

"Having her as provost was so important during the time that students were protesting, and we were seeing too many racist incidents" both on and off campus, Eardley said.

Brittani Fults, the education and prevention coordinator at Office for Civil Rights & Title IX, met Stokes in spring 2015 while still a graduate student at MU at an event for the Association of Black Graduate and Professional Students. The group held a series of forums aimed at strengthening communications between black graduate students and university administration, and Stokes, as Fults recalled it, made an effort to reach out.

After the 2015 protests, Stokes’ decision to expand the Title IX to include civil rights concerns and allocate more resources to investigating discrimination affected lasting change at MU instead of letting the conversation sparked by the protests die out, Fults said.

Serving as a role model

Rachel Bauer, a doctoral candidate in the Department of Theatre and past president of the Graduate Professional Council at MU, was serving as the organization's vice president during fall 2015, when graduate student rights were prompting discussions and protests. Bauer was impressed by Stokes’ willingness to hear their concerns.

"Since she had been a faculty member for so long, she had had graduate students of her own," Bauer said. "She really came to understand why we were asking for things like our health insurance back. She and the chancellor at the time were really receptive to hearing our concerns."

After the protests, change did come: Graduate student health insurance subsidies were reinstated and stipends for graduate assistantships saw an increase.

In her time at MU, Stokes served as a role model for women such as Bauer, who said seeing women like Stokes in university leadership positions sends a strong signal to women of all ages "… that women can lead and can succeed in these areas and can contribute to the overall missions of the universities and can be just as qualified to lead an institution. … I want to see a lot more of it."

When Stokes takes the helm at UNM, she will join a group of women who fill 30 percent of college and university presidencies in the U.S., according to a 2017 study by the American Council on Education.

"Provost Stokes is an excellent mentor and role model for everyone who wants to be a leader in higher education regardless of their gender, but it is important for women and people who identify as women to see other women in leadership roles," Eardley said. "It helps others understand that we value women’s voices at Mizzou — that we value women’s leadership at Mizzou — and it helps inspire others. The great thing about Provost Stokes is that she is an amazing leader who just happens to be a woman."

"It’s a big loss to the campus, to have Garnett leaving."

Last December, Chancellor Alexander Cartwright announced the 21 members of the search committee that will interview and recommend Stokes’ successor.

Last Monday, committee co-chairs Joi Moore and Marshall Stewart hosted a forum to gain the campus community's perspective on what qualities they want to see in MU’s next provost. Top of the list were attention to campus diversity and inclusion.

The committee is writing a position description and plans to begin interviewing candidates in the spring. A new provost is expected to be named by May.