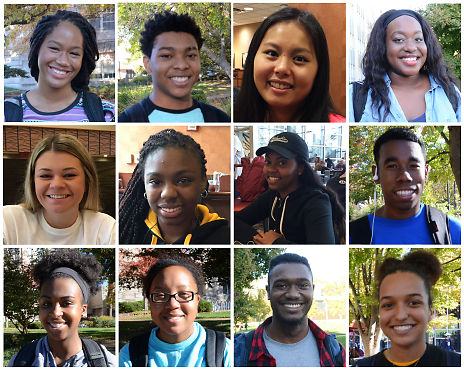 These MU students shared their experiences with racism in their daily lives. 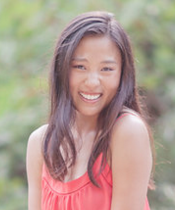 Kerri Voyles, 23, is a graduate student at the University of Missouri. She said coming to MU was when she realized that others could define her by the color of her skin.

*Justin Honore is from Dallas. His hometown was incorrect in an earlier version of this story.

Throughout the Missourian's coverage of race, we've heard from readers who say they can't relate to stories of racism. Many have said they don't see racism in their worlds, and they just don't think it's still a problem.

We set out to ask people — on campus and around Columbia — what everyday racism looks like to them. Here's what we've heard so far from MU students.

"They'll look at me, and then they'll clutch their bag a little tighter"

Devon Davenport is a freshmen studying sociology. He's from Chicago.

"I'm not the voice of all black people"

LeAundra Jefferson is a senior studying finance and banking. She's from Belleville, Ill.

Amy Weinstein is an undeclared major. She's from Chicago.

Being a black female is a double disadvantage

We were told at a fraternity, “No, we’re not having a party tonight”

Annie Lambesis is a journalism major. She's from Chicago.

"Question it, but just be the bigger person."

Victoria Rudd is studying sociology. She is from Chicago.

As a kid, a woman kicked him and his friends out of a pool because they were black

When waiters ignored us for 45 minutes, "we were kind of the elephant in the room"

"A couple of girls were saying, 'Oh, look at that black girl, she’s so ugly.'"

People at a party wondered, "Is he supposed to be here?"

They "said 'konnichiwa' and laughed hysterically before continuing on their way"

I am Korean, though I don't consider myself Korean American as I was adopted into a white American family when I was young. I never understood myself as a person of color having grown up in my family. Coming to Mizzou was the first time I realized how I could be defined by others simply by my skin and my physical appearance. It happened at first in subtle ways. International students approach me speaking in their language, but then I would explain I was sorry and I only speak English; I would try to help them if they needed it. For me, this isn't necessarily negative but rather a misunderstanding and miscategorization based on my appearance.

One example of a racist experience was when I walked home to Greek Town one night my sophomore year. A pair of white men who seemed to be intoxicated were walking towards me. Before I passed them, they placed their hands in a praying position, bowed and said "konnichiwa" and laughed hysterically before continuing on their way.

Am I forever marked by this occurrence? No. It doesn't define me. Neither does my race. This occurrence points to a culture that reinforces racism and demeaning behavior. And that is what frustrates me. Words, action and inaction all have power.

FROM READERS: MU has a history of ignoring problems

"It appears that, looking at Mizzou's track record, being extreme is the only way to have your voice heard," MU alumna Becky Maltsbarger says.