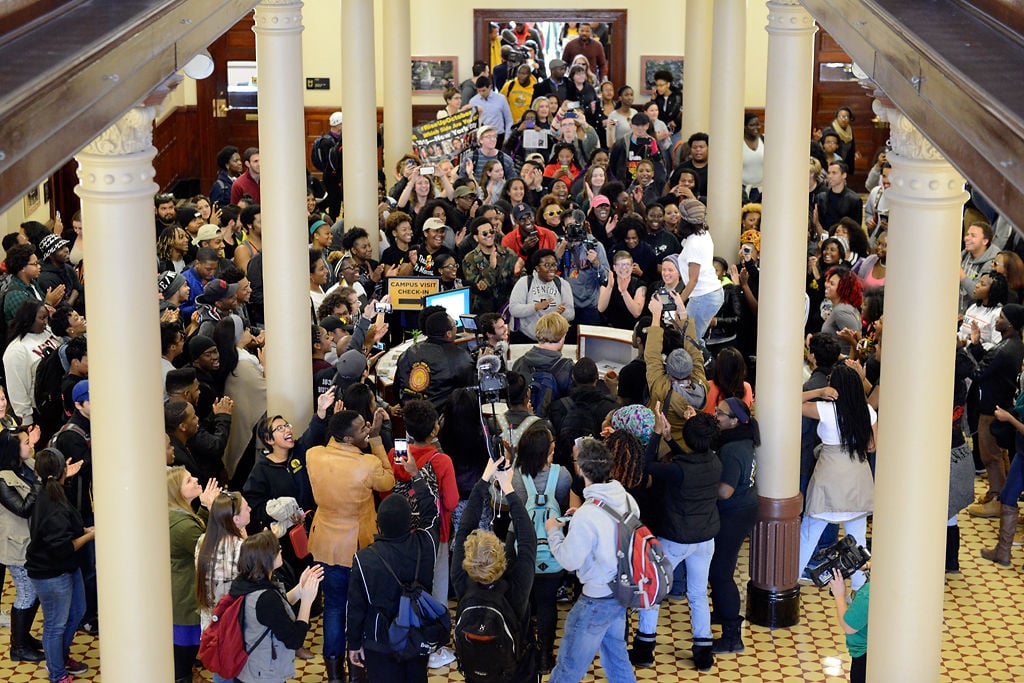 People march with the Concerned Student 1950 group Nov. 13 inside Jesse Hall. The "We're Not Afraid March" led the group through Greektown before making marchers made their way to the auditorium in Jesse Hall, where people spoke about the power students have to create change. 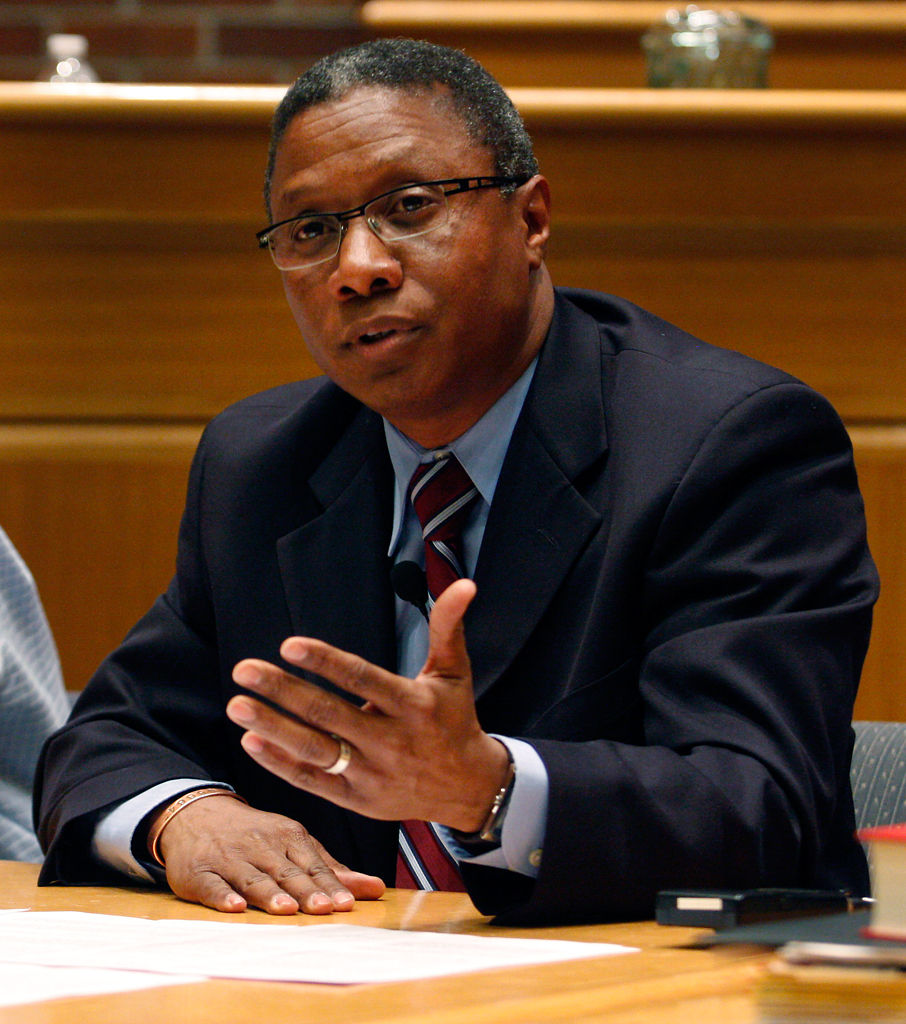 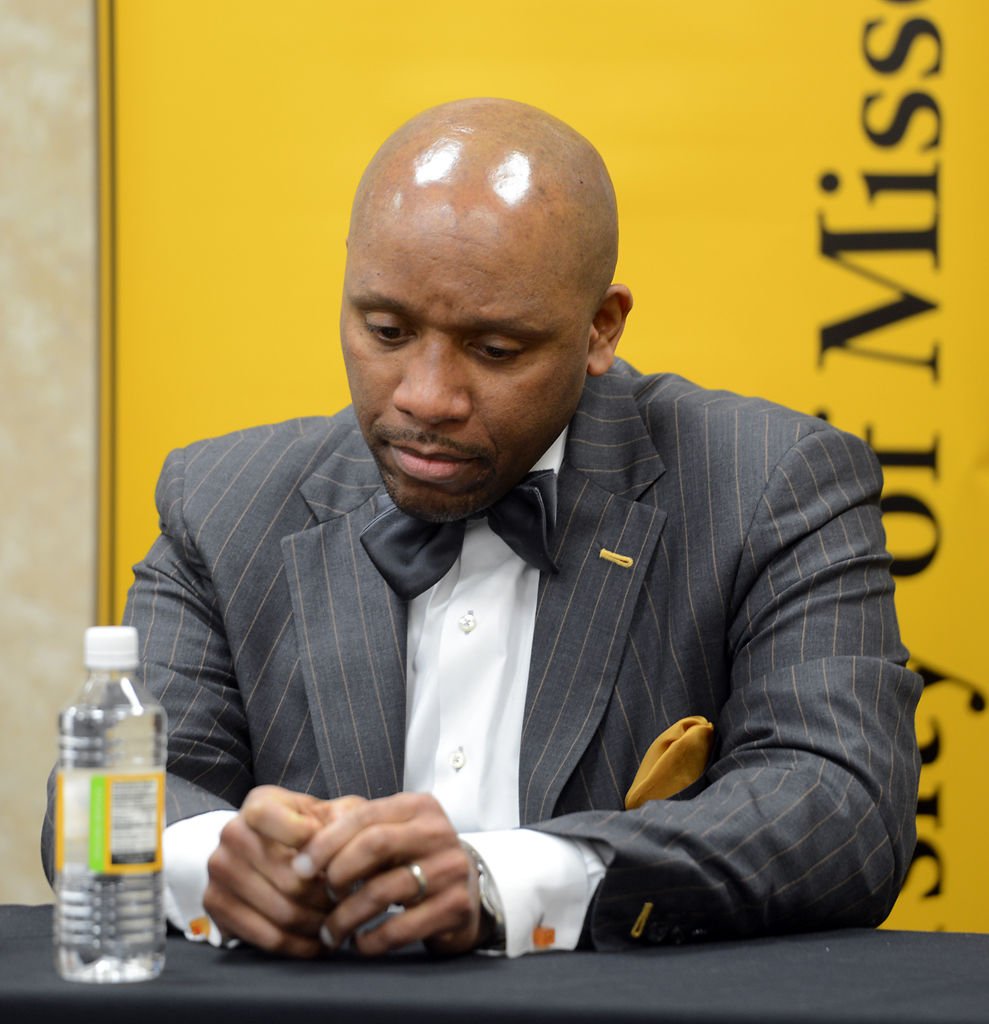 Chief Diversity Officer candidate Kevin McDonald listens to others speak during an open forum Feb. 11 at the Old Alumni Center. 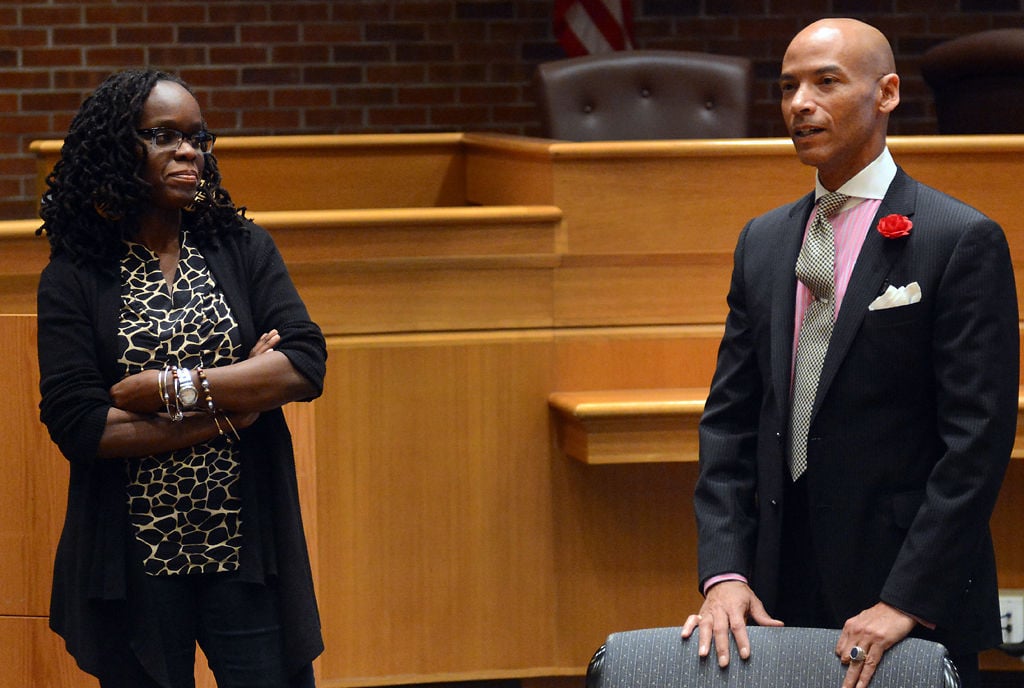 Stephanie Shonekan, left, listens as Chuck Henson introduces her to one of his classes March 10 in the MU School of Law courtroom. Shonekan discussed the mandatory diversity and inclusion training for all incoming students. 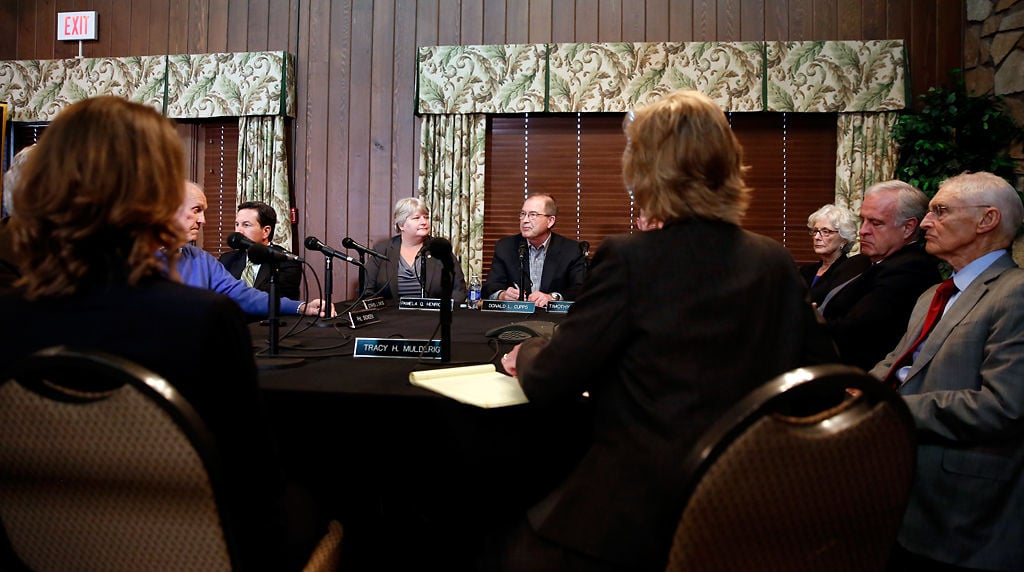 The UM System Board of Curators holds a conference meeting in the Old Alumni Center after UM System President Tim Wolfe announced his resignation Nov. 9. 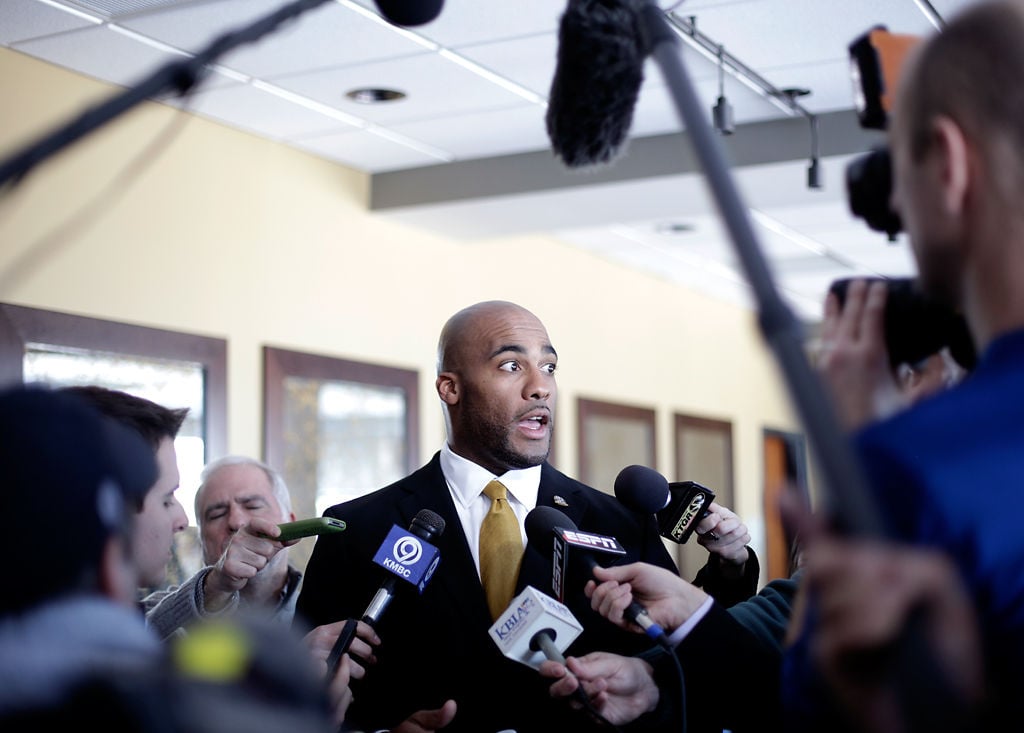 Pat Ivey, who at the time was Missouri associate athletics director for athletic performance, responds to questions on Feb. 10, 2014, from the media. Ivey has been hired as the MU vice chancellor for inclusion, diversity and equity. 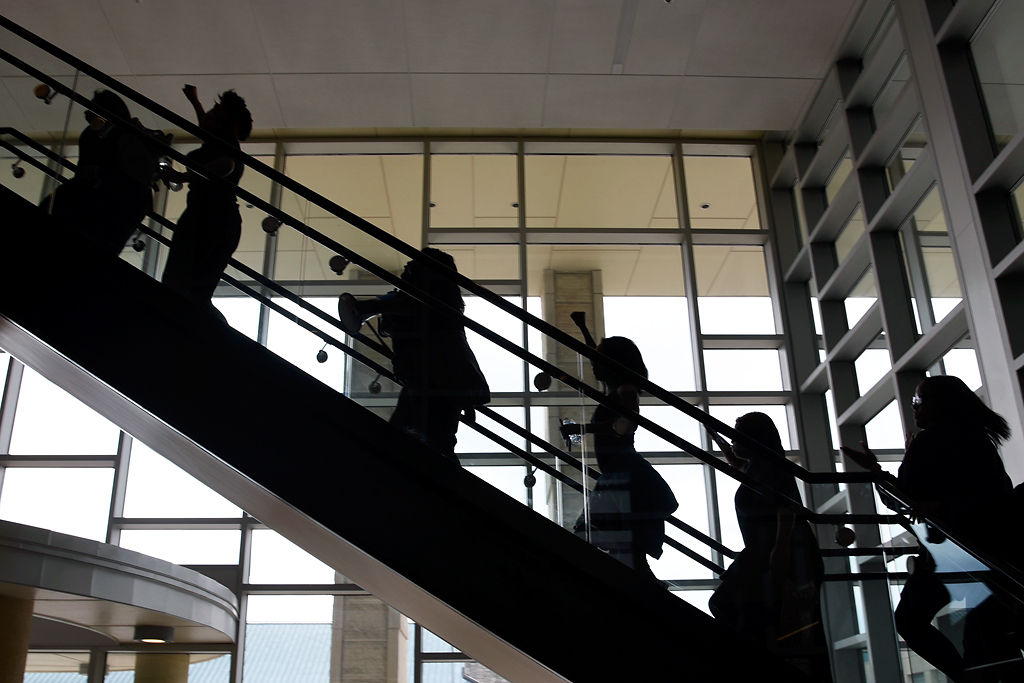 Members and supporters of the student activist group Concerned Student 1950 march through the MU Student Center on Monday. The group expressed a lack of faith in MU administrators and dissatisfaction with The Working Group, a series of weekly meetings on improving campus racial climate held by Interim Vice Chancellor for Inclusion, Diversity and Equity Chuck Henson. 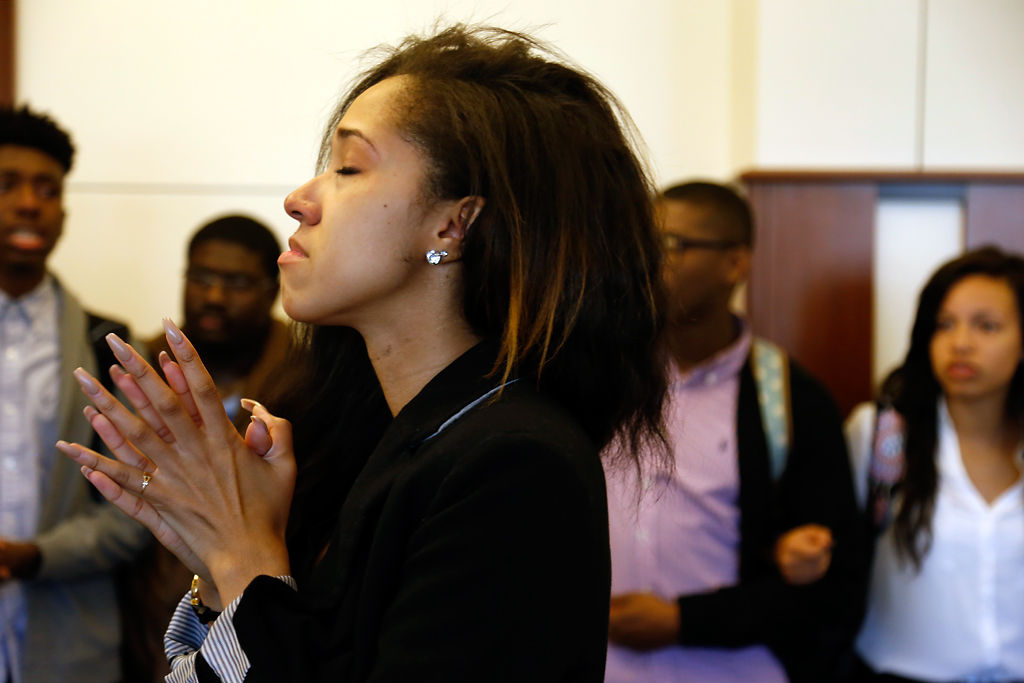 A member of Concerned Student 1950 closes her eyes during a protest Oct. 7 in the Reynolds Alumni Center. 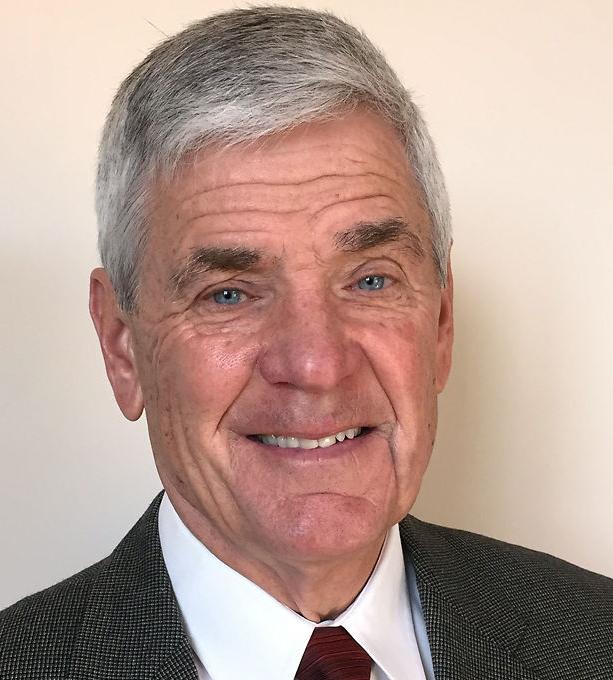 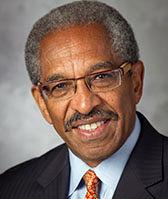 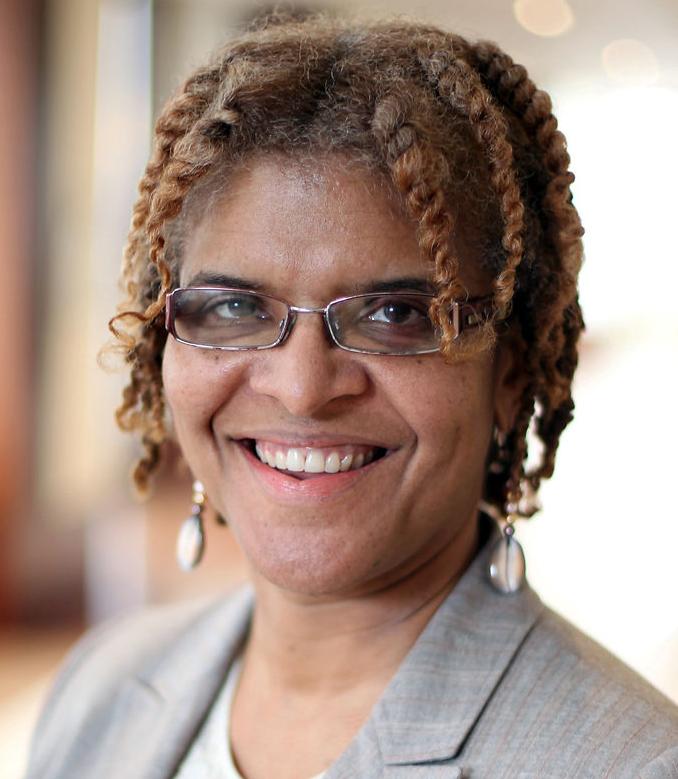 Since UM System President Tim Wolfe and University of Missouri Chancellor R. Bowen Loftin stepped down after students protested racism on campus, a number of initiatives and changes have been introduced within the UM System and at MU. Here is a breakdown:

On Nov. 9, 2015, the day of Wolfe and Loftin’s resignations, the UM System Board of Curators announced several race initiatives for its four campuses, in Columbia, Kansas City, Rolla and St. Louis.

One initiative was creating the position of chief diversity, equity and inclusion officer for the entire UM System. Kevin McDonald, who has been vice president and associate provost for diversity and inclusion at the Rochester Institute of Technology, was hired in March. McDonald will begin the position June 1 and, according to the curators, his role is to:

Other systemwide initiatives announced by the curators

Each campus will also form a campus-specific task force. The systemwide task force members from the Columbia campus will make up MU’s task force, but the campus-level task force hasn’t yet formed.

Other systemwide initiatives announced by the curators on Nov. 9 include:

In February, the curators provided $921,000 in funding for diversity initiatives, including campus climate surveys, training for campus and system administration and providing additional mental health support.

Much discussion about race surrounds the search for the new UM System president. Many faculty members have expressed worry about hiring another businessman like Wolfe. The curators announced the co-chairs of the presidential search committee in March: Cheryl D.S. Walker and James H. Whitaker.

Walker is a former curator who works at Bryan Cave, LLP, the law firm hired by the Board of Curators to investigate the protest-related actions of former assistant professor of communication Melissa Click. Whitaker is a member of The Missouri 100 — a group of prominent university supporters — and an orthopedic surgeon in Overland Park, Kansas.

The curators also announced members of the presidential search committee, which includes Stephanie Shonekan, chair of the black studies department at MU.

The 14-member committee met for the first time in June. Boston-Based firm Isaacson, Miller was selected to contact candidates, and the firm's chairman, John Isaacson, told search committee members that the ratio of people contacted who agree to be a candidate is higher than in most public university searches.

The committee hopes to select a candidate by the end of the year.

Restructuring and the Division of Inclusion, Diversity and Equity

On Nov. 10, the day after Wolfe and Loftin’s resignations, Henson was named interim vice chancellor for inclusion, diversity and equity. He stepped down as the head of the Division of Inclusion, Diversity and Equity at MU in late April to return to the Law School.

McDonald took over as the interim head four days later.

Under the restructuring, the Accessibility and ADA Education Office, Gaines-Oldham Black Culture Center, LGBTQ Resource Center, Multicultural Center, Office of Civil Rights and Title IX, and Relationship and Sexual Violence and Prevention Center will report to the Division of Inclusivity, Diversity and Equity at MU.

The creation of this division meant a restructuring for MU diversity programs. It’s a structural and organizational change, according to Ken Dean, senior associate provost, meant to pool resources together and create greater efficiency.

As a part of this transition, the Chancellor’s Diversity Initiative, headed by Noor Azizan-Gardner, is being subsumed into the Division of Inclusion, Diversity and Equity.

In February, Pat Ivey was hired as MU’s assistant vice chancellor for inclusion, diversity and equity. The former strength and conditioning coach for the Missouri football team, who holds a master's degree in health education and a doctorate in sports psychology, assists the head in communicating with MU students, faculty and organizations and the state legislature.

The Division of Inclusion, Diversity and Equity has required training for people involved in hiring processes. Anyone who serves on an academic search committee is being trained on the best practices to ensure a diverse pool of candidates, Basi said.

Henson began hosting a Working Group in February, a combined effort between the Division of Inclusion, Diversity and Equity and student leaders meant to keep student leaders informed of MU administration actions and to give students a way to offer their input on issues and future plans. The group meets every week in a private session.

The Working Group hosted public sessions, which are called the Creating a Better Mizzou Project. The project is a series of five sessions about topics including university structure and the First Amendment.

Another part of the restructuring was creating the Office for Civil Rights and Title IX in December. Whereas the Title IX Office, which no longer exists, dealt only with sex discrimination, the new office consolidates and handles all 13 types of types of discrimination listed in the University of Missouri System Collected Rules and Regulations: race, color, national origin, ancestry, religion, sex — which includes pregnancy discrimination — sexual orientation, gender identity, gender expression, age, genetic information, disability or protected veteran status.

The purpose of this new office is to provide a central location for the MU community to report all types of discrimination, according to Ellen Eardley, assistant vice provost for Civil Rights and Title IX and the Title IX administrator. The office also addresses retaliation against people who make a discrimination report.

This month, the office launched a centralized online system for reporting discrimination.

As was mandated by the Board of Curators, first-year students in spring 2016 were required to attend one of three diversity orientation sessions at the beginning of the semester.

MU has also established lecture series and invited speakers to come to campus to educate the community on the issues brought up during the fall protests.

The Division of Inclusion, Diversity and Equity hired Benjamin Reese, vice president for the Office of Institutional Equity at Duke University and a licensed clinical psychologist, to present seminars about implicit bias. Reese has delivered presentations at MU already and will return in May.

The division has also hosted distinguished guest lectures. For example, Bryan Stevenson, a lawyer who advocates for the wrongly imprisoned, spoke at MU in March.

Several schools and departments across campus have invited speakers as well.

Since the fall, the center has hired three new psychologists who will begin in August. One of the new hires is black — she will work as both a psychologist and the Center's diversity coordinator — another is from India, and the third is white. All three are women.

Before the new hires, the Counseling Center employed 31 counselors, two of whom were black, one Latino, one Chinese and the rest white.

In addition, the center is planning ways to use the extra funds from the UM System given to mental health services on each campus to sponsor diversity and inclusion training.

The Student Health Center also established a diversity committee in December meant to guide inclusion efforts. The members meet twice per month, and they have organized training for staff members; will review policies and look for areas of improvement; advise the Student Health Executive Team during hiring processes; and be a liaison to the rest of the MU community.

The Faculty Council Race Relations Committee formed before the protests heated to their boiling point last fall. The committee began its work in April 2015 after students marched on MU’s campus protesting the police shooting of Ferguson teenager Michael Brown. Since then, the committee has been working to develop tools for MU’s faculty to make sense of race relations on campus. The members expect to report their findings and recommendations to the Faculty Council this summer.

The committee has uploaded videos based on their discussions about race. The committee will release more videos and a series of podcasts by former Faculty Council chair and plant sciences professor Craig Roberts, speaking about his journey to understand race relations at MU.

Within MU, some individual schools have recently developed their own diversity initiatives.

College of Arts and Science

In March, the College of Arts and Science faculty voted to require students to take a three-credit “diversity intensive” course in the college’s undergraduate curriculum.

The diversity intensive courses must meet two criteria: They will “focus on understanding differing social groups,” and they will “explore at least one form of social inequality,” according to the news release from the college’s website.

Several already-existing classes in various departments, including anthropology and black studies, will qualify for the diversity intensive course.

In December, the Sinclair School of Nursing received a $122,500 donation for diversity programs and scholarships from Gregory and Diane Lind.

In late August, the School of Journalism, the Office of the Provost and Mizzou Advantage rolled out an initiative aimed at diversifying the media industry through minority recruitment efforts, mentoring opportunities, research and partnerships with major journalism and strategic communications firms.

The school has set $959,000 for the first three years of the program, coming from a variety of sponsors including sponsors at MU and external funding.

Competition and misconceptions: challenges MU faces in diversifying its faculty

MU and other universities face challenges in hiring and retaining black faculty in part because of the structure of academic systems. But it's also because of the way hiring and retention efforts are perceived by faculty and administrators. Common language used by both reflect a decades-old understanding of the reasons universities do not have high percentages of black faculty.