But the fact that Missouri is willing to recognize the severity of the problem could be the key to finding solutions, Anderson suggested during his presentation at the first Equity in Missouri Higher Education Summit. During the summit, participants discussed way to improve equity. Now, the next steps are to identify which can be put into practice and who should take responsibility for them.

The report defines equity as “the idea that a student’s life circumstances should not dictate chances of success.”

According to the report, first generation, low income and black college students disproportionately attend less selective colleges and are more likely to be enrolled in remedial education. Black and low-income students typically begin college with fewer credits. Black and Native American students have below-average retention rates. A roughly five-point gap in ACT scores between black and white students has remained consistent. Women are generally well-represented in higher education, but make up only around a third of STEM students. 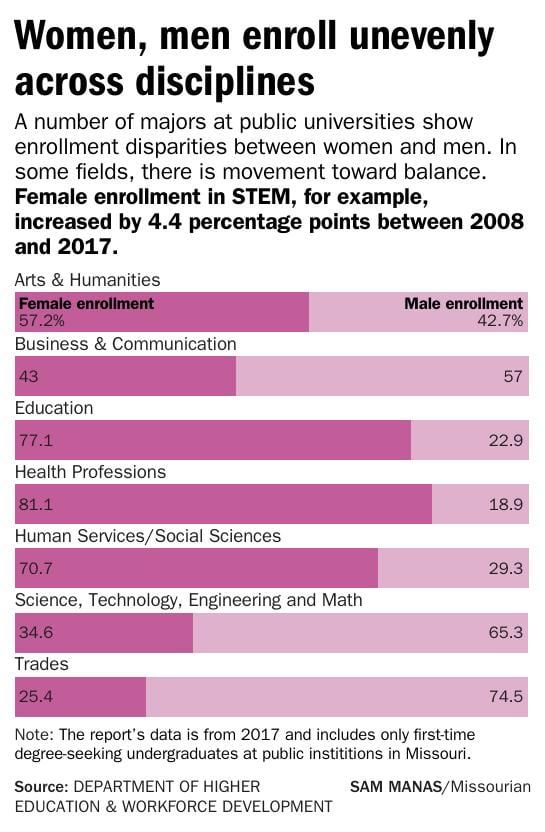 Keynote speaker Wil Del Pilar led the group in a discussion of ways to narrow these gaps.

Del Pilar, vice president of higher education policy and practice at The Education Trust, a nonprofit research and advocacy organization, emphasized that the issue was personal for him.

A first generation college student, he originally didn’t attend university, he said, because his high school counselor discouraged him from applying.

“He made a decision about how intelligent I was or what my abilities were,” Del Pilar said.

Del Pilar later figured out how to apply on his own, and eventually got his doctorate.

“I’ve worked for three governors. I’ve worked at six institutions. And (the counselor) told me I didn’t need to worry about AP or SAT or college prep,” he said. For many students, “We don’t believe that they have the capacity, but if you give students a chance, students have the capacity to do this work.”

Ways to reduce inequity that Del Pilar and other participants mentioned include:

Choosing which ideas to put into practice and who should take charge of them comes next, Commissioner of Higher Education Zora Mulligan told the Missourian.

She said she was pleased that “a lot of the suggestions are related to work that is already underway” in her department, such as the FastTrack financial aid program for adults.

While this year’s report focused on access to education, the next report will focus on student success, Mulligan said.

“We know that starting college isn’t enough, that students — once they start — have to have a pathway to completion.”