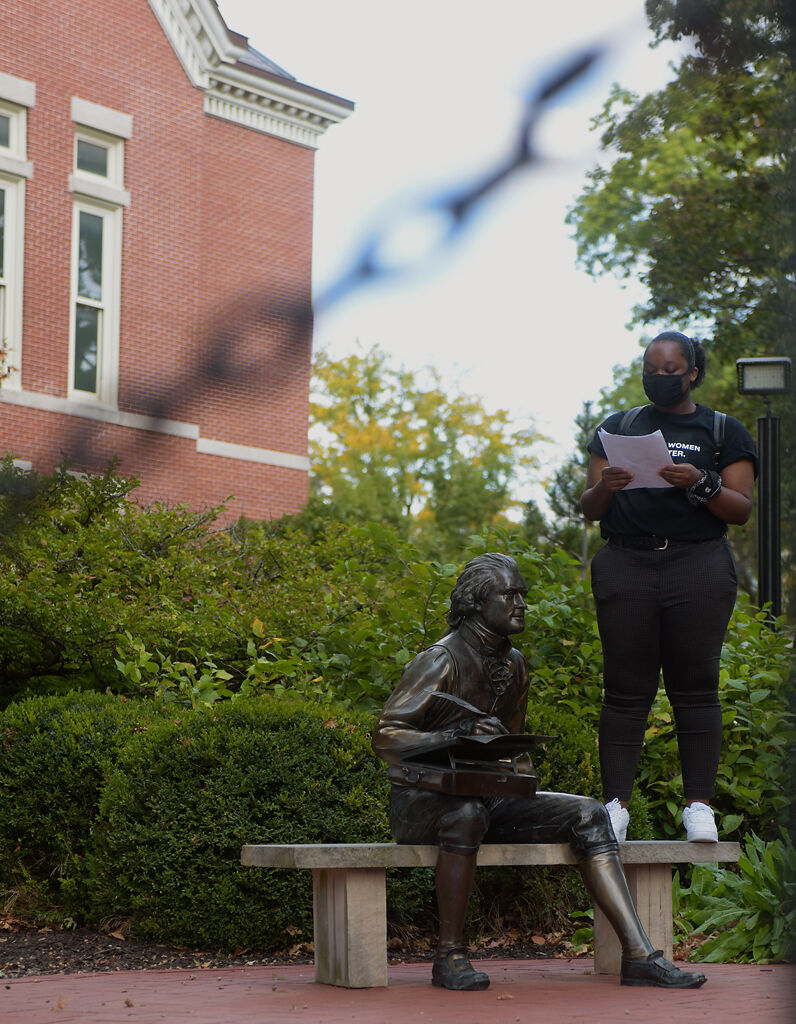 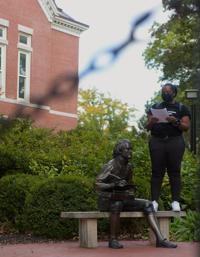 A student protester leads out a list of demands on Friday on the MU campus. The protest was led by Mizzou 600, which plans 600 hours of disruption on campus in reference to the 600 enslaved people Thomas Jefferson owned. 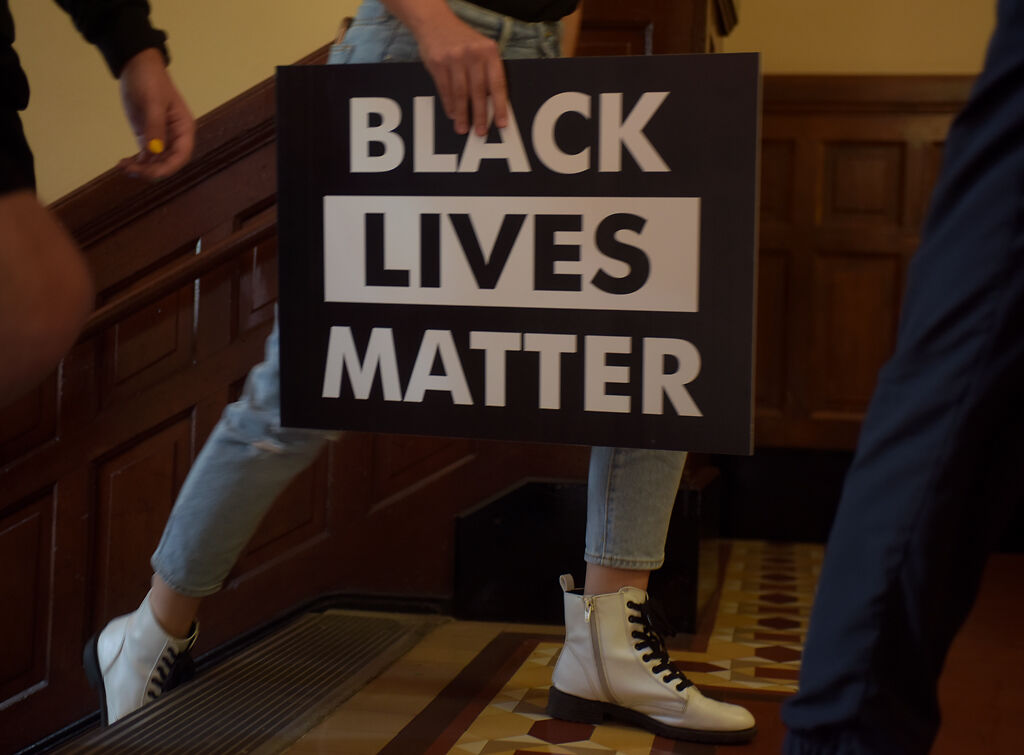 Students march up to the second floor of Jesse Hall on Friday in Columbia. The protestors lead chants on all three floors of the admissions building during the protest. 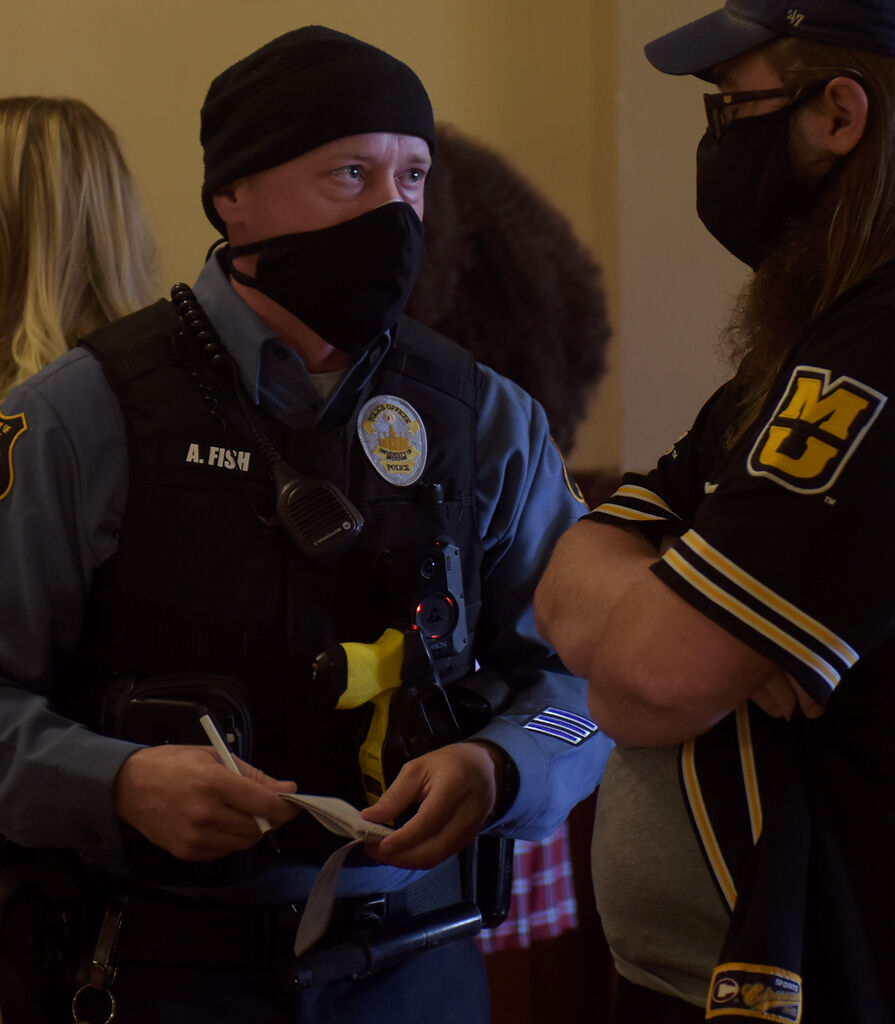 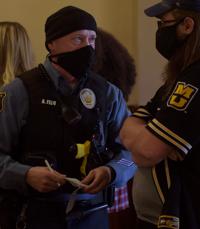 A police officer asks students for their names on Friday in Columbia, Mo. The names were gathered and given to the Office of Accountability. 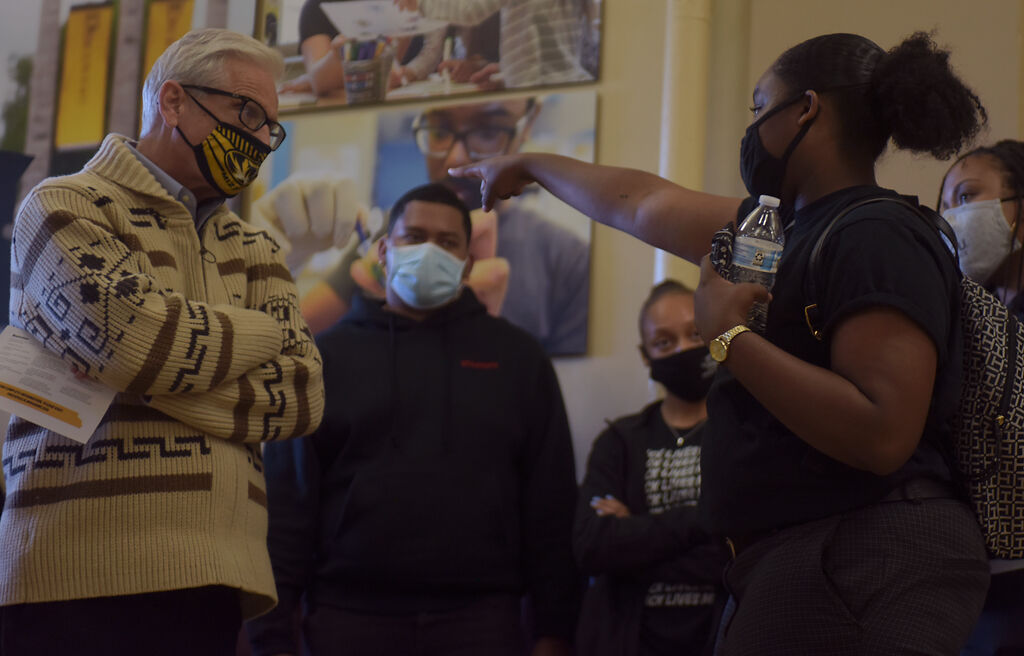 A protester confronts Bill Stackman on Friday inside Jesse Hall on the MU campus. Stackman, a vice chancellor at MU, talked to the crowd briefly.

Friday afternoon wasn’t a quiet one at Jesse Hall at MU. Roughly 40 student-activists and protesters made their voices heard on issues of racial justice and the university’s role in it.

For two mostly uninterrupted hours and across three of the building’s four floors, organizers for the group Mizzou 600 made speeches and led the group in chants of “Whose campus? Our campus,” and “Hey hey, ho ho, this racist statue has got to go,” among others.

The group, which derives its name from the more than 600 enslaved people Thomas Jefferson owned, began its protest next to the Jefferson statue on Francis Quadrangle. Organizers demanded:

From the statue, the protest moved to Jesse Hall, where MU Vice Chancellor Bill Stackman confronted one of the organizers, saying the protest was a violation and disruption of the administrative work being done in Jesse Hall.

According to MU’s use of facilities policy, disruptive protests in administrative buildings are prohibited.

Stackman, who later declined to be interviewed, told the group it would be reported to the Office of Student Accountability.

After a brief back-and-forth with an organizer, the two reached an impasse and Stackman left the building.

Organizers for Mizzou 600 declined to be interviewed and instructed protesters not to speak to journalists.

The group said it plans to hold more protests with the goal of “600 hours of disruption.”

The Jefferson statue has been at the center of controversy at MU for several years. Students first called for its removal in 2015.

That effort has been revived since the death of George Floyd in May and MU’s June 12 statement that it would not remove the statue.

An acrylic case was placed over the tombstone last month at a cost of $20,000 to the university.

The acrylic casing was purchased to prevent vandalism to the Thomas Jefferson tombstone on Francis Quadrangle.