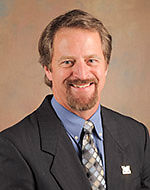 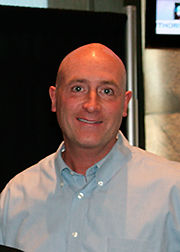 This story was updated at 4:30 to include more information about Frankie Minor, Mark Lucas and other potential MU layoffs.

COLUMBIA — Two longtime MU administrators who oversaw aspects of student life on campus are likely among another round of layoffs.

Frankie Minor, who has been an MU Department of Residential Life staple for more than two decades, no longer works for the university, according to a message on his work email.

Also, Mark Lucas, the director of Student Life since 1997, has a message on his work email saying he is no longer employed at MU.

In a round of budget cuts and restructuring announced Thursday, the Division of Student Affairs will move approximately 165 facilities positions — which include custodial and maintenance jobs — to the Division of Operations in order to streamline administrative services. A new dean of students will oversee a number of divisions, including the Department of Residential Life.

Thursday's announcement noted that three director positions were going to be eliminated. Lucas and Minor, the director of Residential Life, were likely among the layoffs.

MU spokesman Christian Basi would not confirm the departures of Minor and Lucas, but emails sent to their work accounts bounced back with the message that they no longer worked at MU.

Minor has been the director of Residential Life since the mid 1990s. During his time at the university, enrollment went from about 22,000 to more than 30,000, and many residential halls have been built or renovated in that time.

Minor's duties were described as "vast" — he defined the department's philosophy, set policy and managed staff, according to a 2013 MU release.

"Frankie is truly a hands-on leader and has been known to jump in the trenches with his staff to shovel snow, answer phones and deal with student and parent concerns," said Jeff Zeilenga, who was assistant vice chancellor for student affairs at the time and currently holds that position, said in the statement.

Minor also contributed to adding "Respect" and "Responsibility" to the MU Statement of Values.

He made this statement about the university's decision: "For 23 years I have proudly served Mizzou’s students, staff, and campus, and the Columbia community, in a variety of roles. I had planned to do so for many more years. Unfortunately, the University has eliminated my position, effective immediately. I am thankful for the opportunity I had to make lasting contributions to Mizzou and in the lives of the students and staff. I am confident MU will be successful in addressing the challenges it faces, and wish the hard-working members of the MU community the best of luck in those efforts."

Lucas has been the director of Student Life since 1997, according to his Linkedin profile.

The programs that Lucas oversaw included campus activities, student government, Greek Life, the Wellness Resource Center, student conduct and Venture Out. Student Life has now been rolled into the responsibilities of the dean of students.

The webpages listing Minor and Lucas as MU employees have been removed and so has the webpage for Janna Basler, the assistant director for Greek Life. Her responsibilities are now listed under the responsibilities of the new dean of students position in the organization chart released Thursday.

In fall 2015, Basler was caught on video confronting a student photographer during the Concerned Student 1950 protests on campus at MU. She was placed on administrative leave following the incident but returned over a month later, according to earlier Missourian reporting.

The merger was expected to save a total of $1.5 million.