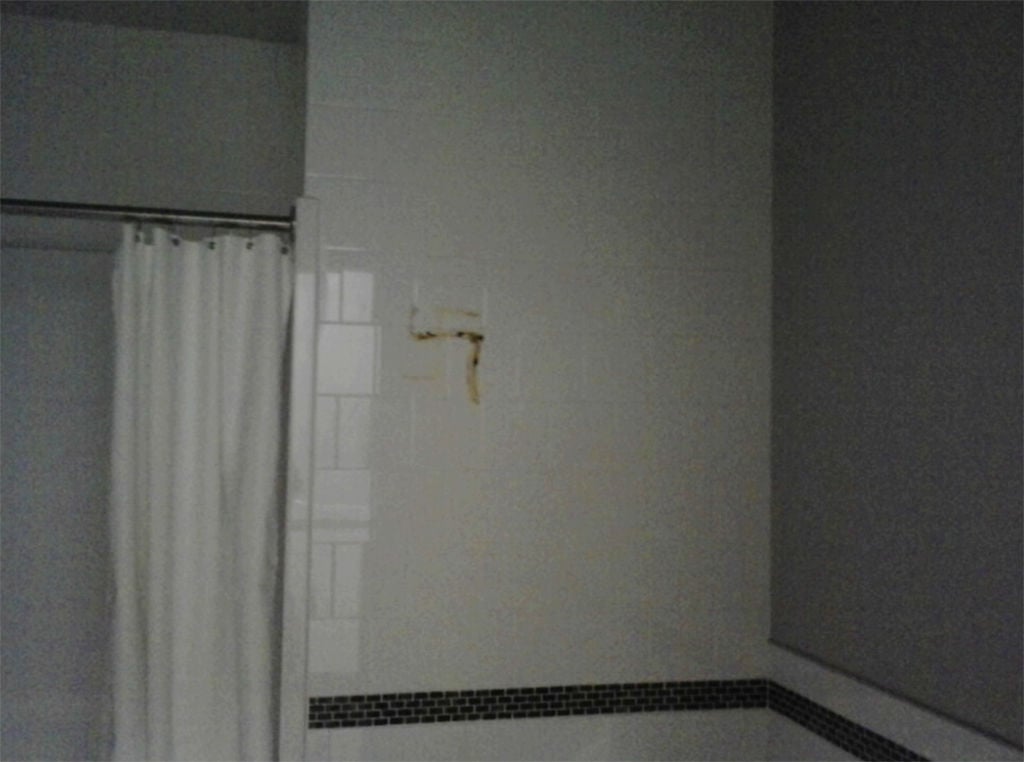 A swastika created by fecal matter was discovered on the wall in room 3175 of the third floor west wing bathrooms and on the handle around 2 a.m. when peer advisors were making their rounds on Oct. 24. 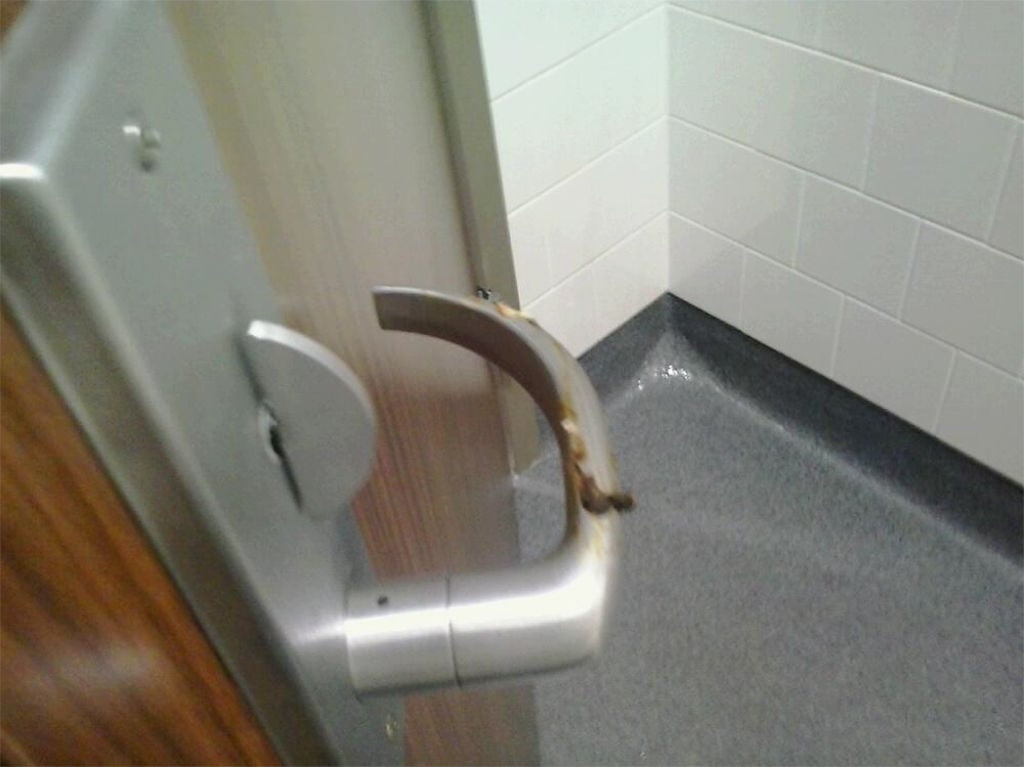 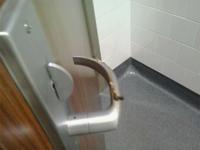 Fecal matter remains on the handle after a fecal matter swastika was discovered on the wall in room 3175 of the third floor west wing bathrooms around 2 a.m. on Oct. 24 at Gateway Hall when peer advisors were making their rounds.

A swastika created by fecal matter was discovered on the wall in room 3175 of the third floor west wing bathrooms and on the handle around 2 a.m. when peer advisors were making their rounds on Oct. 24.

Fecal matter remains on the handle after a fecal matter swastika was discovered on the wall in room 3175 of the third floor west wing bathrooms around 2 a.m. on Oct. 24 at Gateway Hall when peer advisors were making their rounds.

This story has been updated to include photos of the incident.

COLUMBIA — Someone drew a swastika with human feces in a bathroom of MU's Gateway Hall early on Oct. 24, according to a Residence Halls Association statement.

Residence Halls Association President Billy Donley released a statement about the incident on Twitter. He described the vandalism as "an act of hate."

We will not stay silent. Read the statement below from @RHAPresident pic.twitter.com/xJbPT1oIrI

MU spokesman Christian Basi declined to confirm the nature of the vandalism citing an open investigation.

“It was some vandalism that was discovered several days ago in a residence hall in a restroom,” he said Friday.

Basi also said that the vandalism was reported immediately to the MU Police Department, and that it started an investigation right away.

MU Police Major Brian Weimer said that the investigation was ongoing, but that nothing linked this incident to another anti-Semitic episode in April. He encouraged anyone with additional information about the investigation to contact the department.

Adia Woodson, a freshman living at Gateway, said she found out about the incident from a poster put up by the residents hall's elevators.

“It’s disgusting,” Woodson said. “This incident shouldn’t have happened. The individuals responsible for this don’t deserve to be on campus. It creates a threatening environment for all residents of Gateway, not just students of the Jewish faith.”

Jeanne Snodgrass, executive director of Mizzou Hillel, a nonprofit organization and Jewish campus center, said she was contacted by Residential Life about the incident.

“Unfortunately sometimes things happen, and I think that the university is responding appropriately and dealing with it very seriously,” Snodgrass said.

Jordan Kodner is an executive for both Zeta Beta Tau and Chabad, a Jewish student organization on campus. He said he found out about the incident when he was at Hillel and someone brought it up right after it happened.

"A lot of people are very confused, especially with this particular one — using feces," he said. "I know that kind of confused a lot of people. It just seems very odd — were they trying to send a certain message with it?”

He said he hopes the incident will be a wake-up call about anti-Semitism on campus. He said he  is upset that it is usually downplayed.

Kodner doesn’t feel threatened because nothing violent has happened yet.

"I feel like it's just forgotten about or not talked about, when it really should be," Kodner said. "Just like any racism case against any type of minority, it should be discussed and it should be on national media.”

The executive board of the Jewish Student Organization discussed the issue during a meeting at Hillel on Friday evening. The members said there needs to be more public awareness about what had happened.

Thalia Sass, the president of Jewish students' group, said at the meeting that she found out about the incident from a Maneater reporter. She then confirmed it with Snodgrass, she said.

"I still think that when something like this happens, Jewish students feel threatened," Sass said. “I was actually really mad about this because I heard about it from a Maneater reporter. It happened on the 24th, and we’re only talking about it now? Why wasn’t JSO contacted earlier by Residential Life?”

The group plans on speaking to the residents of Gateway Hall during a mandatory residential meeting on Monday evening. They said they plan on talking about the history of the swastika and how it relates to Jewish people and the Holocaust.

It also plans on reaching out to the Legion of Black Collegians for a social media campaign using the hastag #hateliveshere.

The board also plans on organizing an event at Speakers Circle on Nov. 6 to hand out bagels and cream cheese. Slogans that were suggested for this event include "Spread Cream Cheese, Not Hate."

“When we stand in front of them and say, ‘I am Jewish, this affects me,’ it changes things,” Jared Kaufman, the social action chairman , said. “I think that visibility is very important.”

TELL US: How do you encounter racism?

To bridge what seems to be a gap in community perspectives about racism, we are inviting readers to share their personal stories.