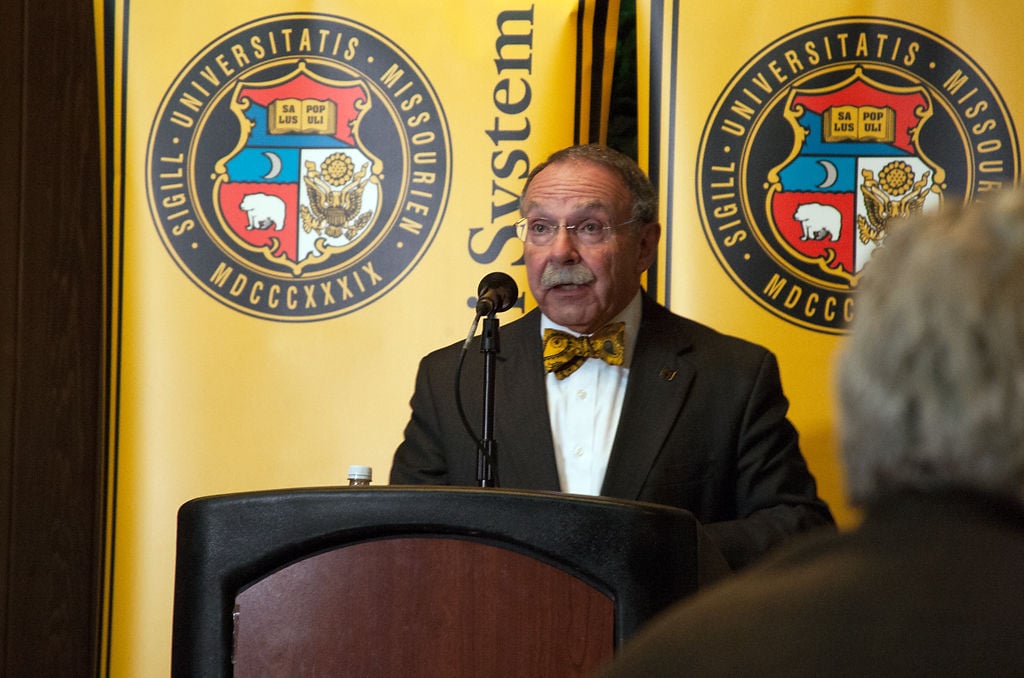 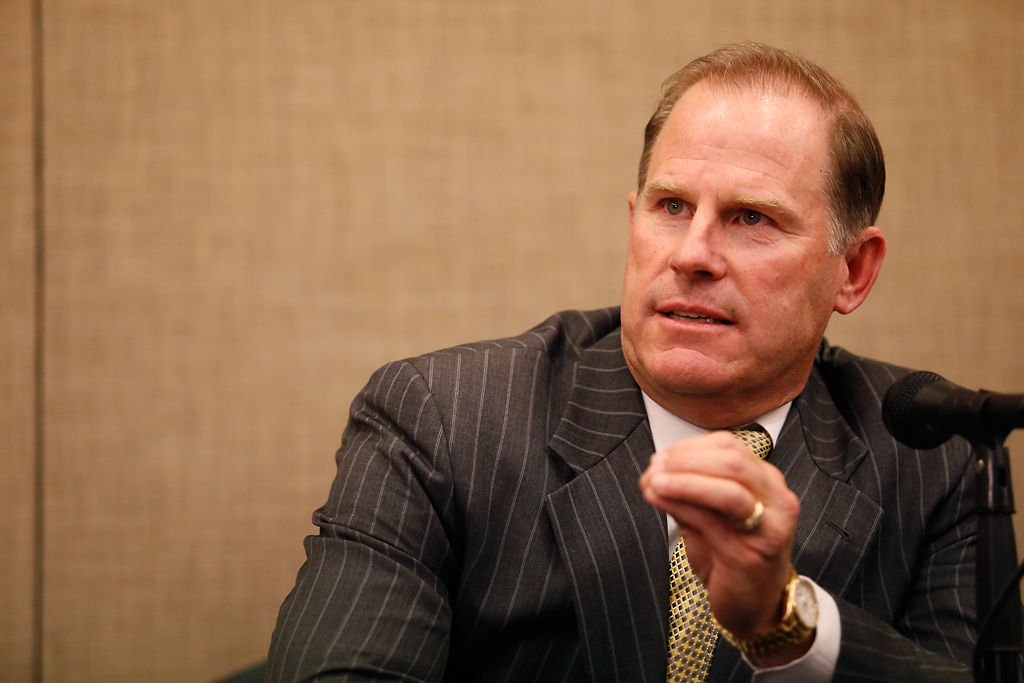 UM System President Tim Wolfe speaks on the Sasha Menu Courey case at the Reynolds Alumni Center. "We have made very good investments, and we do have a healthy environment," Wolfe said. "But we're not where we need to be; we will never be where we need to be." 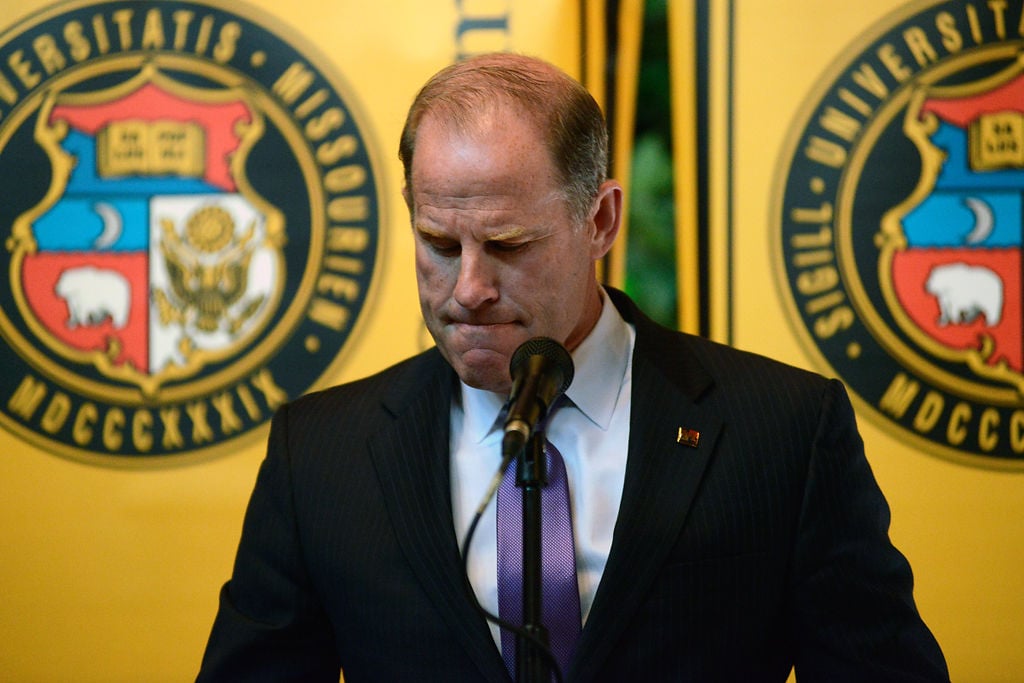 Tim Wolfe announces his resignation as UM System president on Nov. 9, 2015, after escalating events over race and graduate student rights at MU. Wolfe's resignation brought an end to student protests on campus and was followed by the resignation of MU Chancellor R. Bowen Loftin.

UM System President Tim Wolfe speaks on the Sasha Menu Courey case at the Reynolds Alumni Center. "We have made very good investments, and we do have a healthy environment," Wolfe said. "But we're not where we need to be; we will never be where we need to be."

This article has been updated to include more specifics from the audit.

The payments include $1.2 million in incentives to 18 executives and administrators, according to an audit of the UM System released Monday at a news conference in Galloway's Capitol office. The problem with the incentive payments was that they weren't tied to any specific criteria, meaning they were paid as extra salary like a bonus would be, she said.

Those payments, plus more than $1 million in luxury vehicle allowances and other compensation such as retention bonuses, were not disclosed to the public, Galloway said.

In a news release, John Fougere, the system's spokesman, said the auditor's report "confirmed that the UM System follows sound business practices and accounting standards in its operation of the state's largest public university, while identifying no significant deficiencies in internal controls."

Fougere referred to the payments as part of the "executive compensation program" in the release. That compensation is on par with peer institutions, he said, and is crucial to keeping the UM System competitive. His full statement is embedded at the bottom of the article.

Galloway said former MU Chancellor R. Bowen Loftin continued to receive his salary for six months after he resigned in November 2015. He received about $230,000 over that span, which represented the rest of his chancellor's salary; then, starting in June 2016, he began drawing a salary as director of national security research development for MU, according to the auditor.

Loftin was allowed to keep additional compensation, Galloway said, including a $100,000 retention bonus and an annual luxury vehicle allowance, a $35,000 stipend and $50,000 travel budget. All in all, Galloway said, Loftin received about $500,000 over one year despite having "no work responsibilities or work product due."

Release of the audit comes at a time when a $40 million cut in the UM System's state funding has been proposed for fiscal year 2018 by Gov. Eric Greitens. That follows a $38 million cut that Greitens mandated be made by the end of June. State funding cuts, combined with declining enrollment, have led to some layoffs, early retirements, budget freezes and reductions.

At a news conference and in a news release on Monday, Galloway called for more transparency and accountability.

"These hidden sources of additional compensation amount to bonus pay, because there were no clear guidelines or performance metrics," she said in the release. "These payments must be included in compensation figures released to taxpayers so they know how their money is being spent."

He said faculty members often ask him about administrative salary, and he refers them to the salary database, which is online and open to the public. However, the problem is that the listed salaries don’t include bonuses like the ones outlined in the audit.

“This report takes away from the appearance of transparency, and I think we could do a better job,” Trachtenberg said.

In response to the audit, the Associated Students of the University of Missouri tweeted an official statement calling on the UM System to keep taxpayers and students in the loop when distributing money.

“We hope the university will utilize this opportunity to work with students to ensure that they are able to access accurate information about how their money is being spent," the statement read.

The statement added that the organization recognizes that many financial decisions are made to remain competitive with other universities, but the UM System must ensure money is spent wisely.

Eric Scott, a co-chair of MU’s Coalition of Graduate Workers, an organization formed by graduate students in 2015 to represent them in collective bargaining, said the UM System should take this as an opportunity to improve.

“I also hope that this leads to a re-evaluation of the way pay is distributed so that we are not overpaying those at the top at the expense of those at the bottom,” Scott said.

In regard to Loftin, provisions outlined in his original contract when he was appointed chancellor were followed, MU spokesman Christian Basi said in an emailed statement, which continued:

"In his current role as Director of National Security Research Development, he has been connecting with researchers across the University of Missouri System’s campuses in an effort to bolster the university’s research programs in defense, intelligence and homeland security.

"Over the past year, Dr. Loftin has met with national research scientists, including those with the Office of Naval Research and the Army Research Laboratory. In those meetings, he helped to identify where UM researchers could compete for upcoming projects or programs related to improving national security.

"Dr. Loftin will be evaluated this spring to assess his effectiveness and success in locating funding opportunities and partnerships for MU investigators.

"University of Missouri administrators are always mindful of our responsibility to be good stewards of the tax dollars entrusted to us. For more than 175 years, MU has been a resource for the state, educating the workforce, discovering life-saving and innovative technologies, and sharing this knowledge with the citizens of the state. We could not do this without the financial support from Missouri’s citizens and state government.

"We will be reviewing the recent audit very carefully and taking any actions deemed necessary to improve this great university," Basi's statement concluded.

Reached via email Monday afternoon, Loftin said he had not had the chance to read the report.

“I am attending a US Department of Defense meeting to discuss their investments in research of interest to MU and the UM System,” Loftin wrote from the Washington, D.C., area. “I cannot comment at this time.”

This story will be updated as more information becomes available. 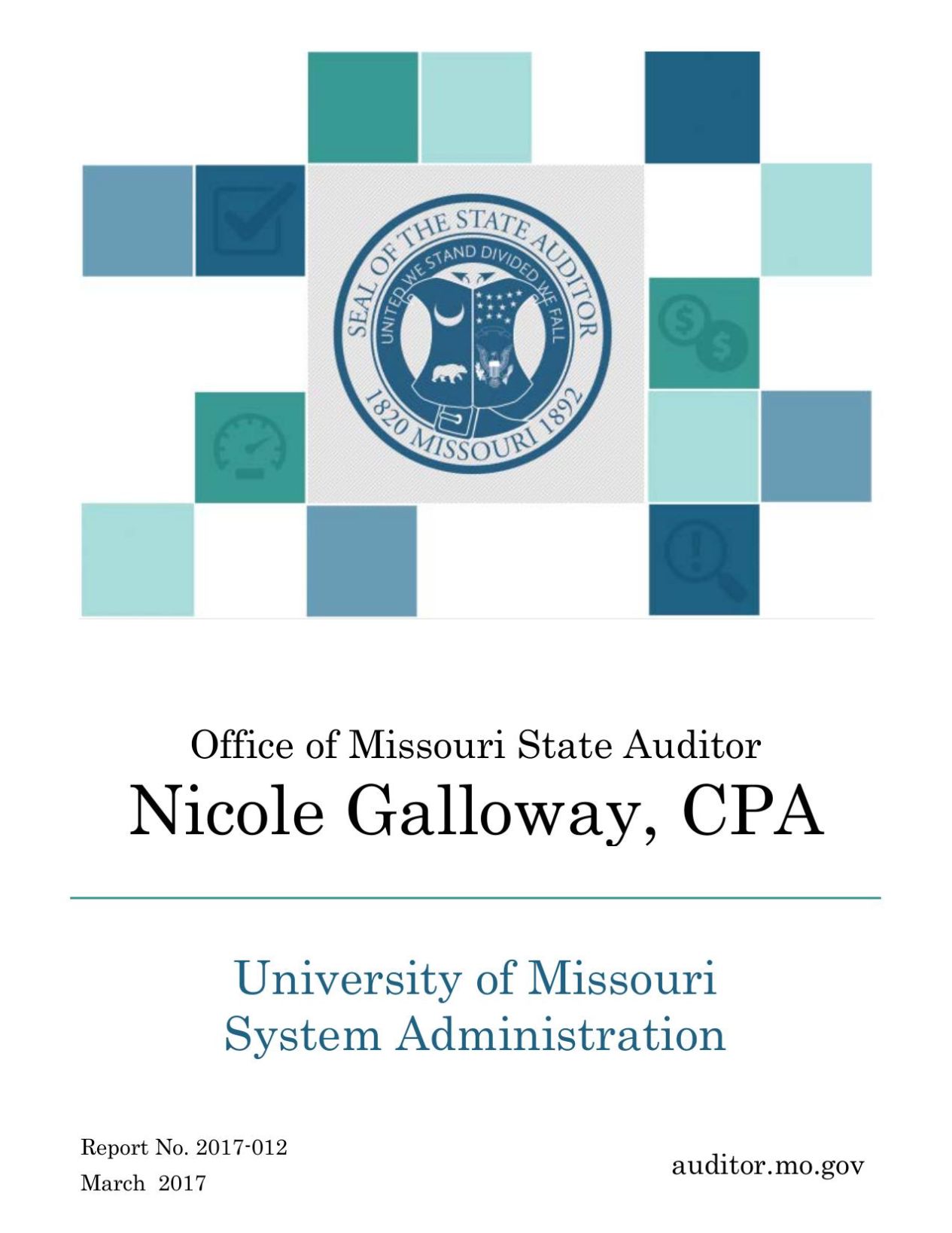 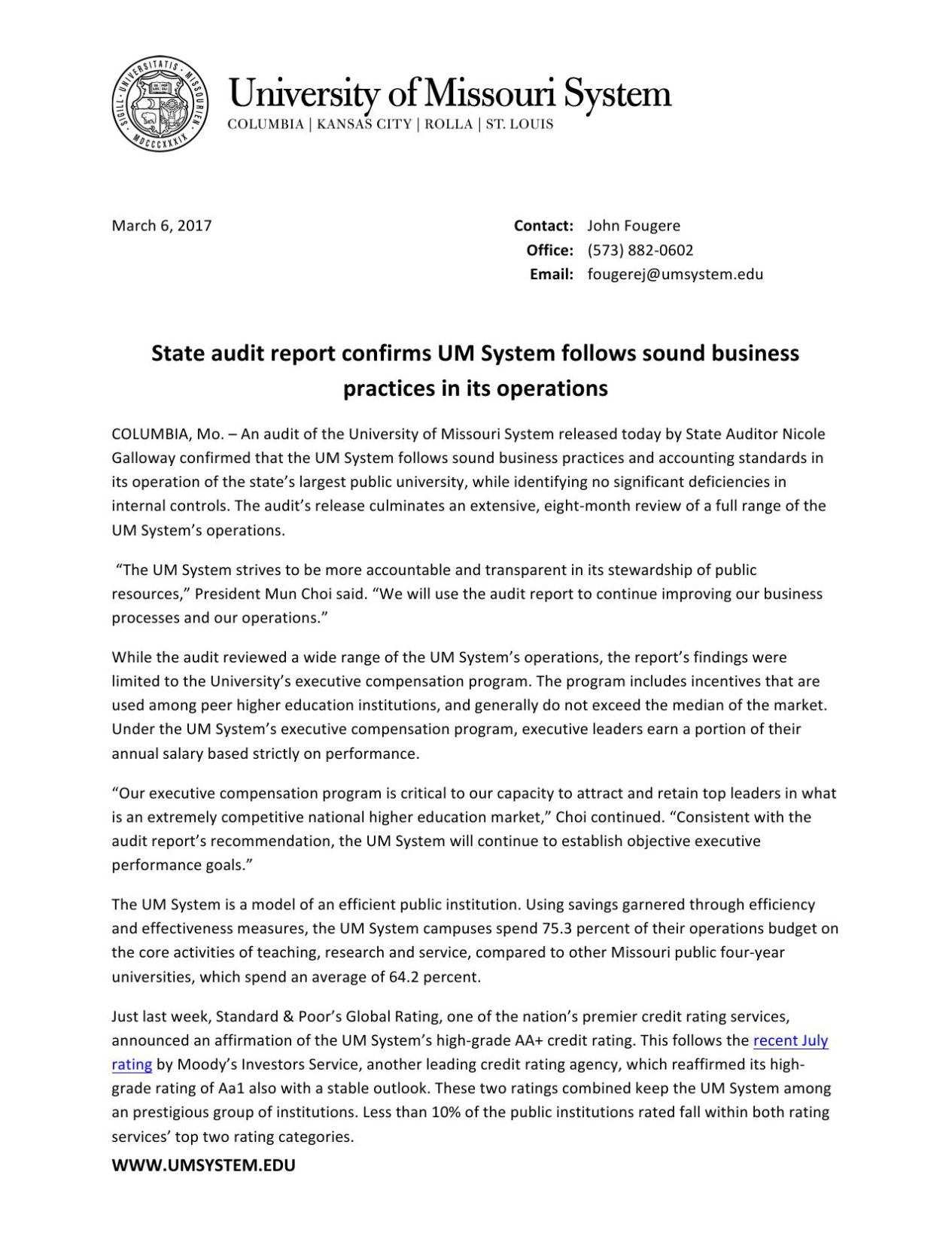 Executives and administrators who received bonus payments, according to the state auditor.

State lawmakers respond to the state audit on UM System

The key state lawmakers from both Senate and House budget and appropriations committees found the audit result quite concerning while hoping the new UM System President Mun Choi would resolve the problems wisely.