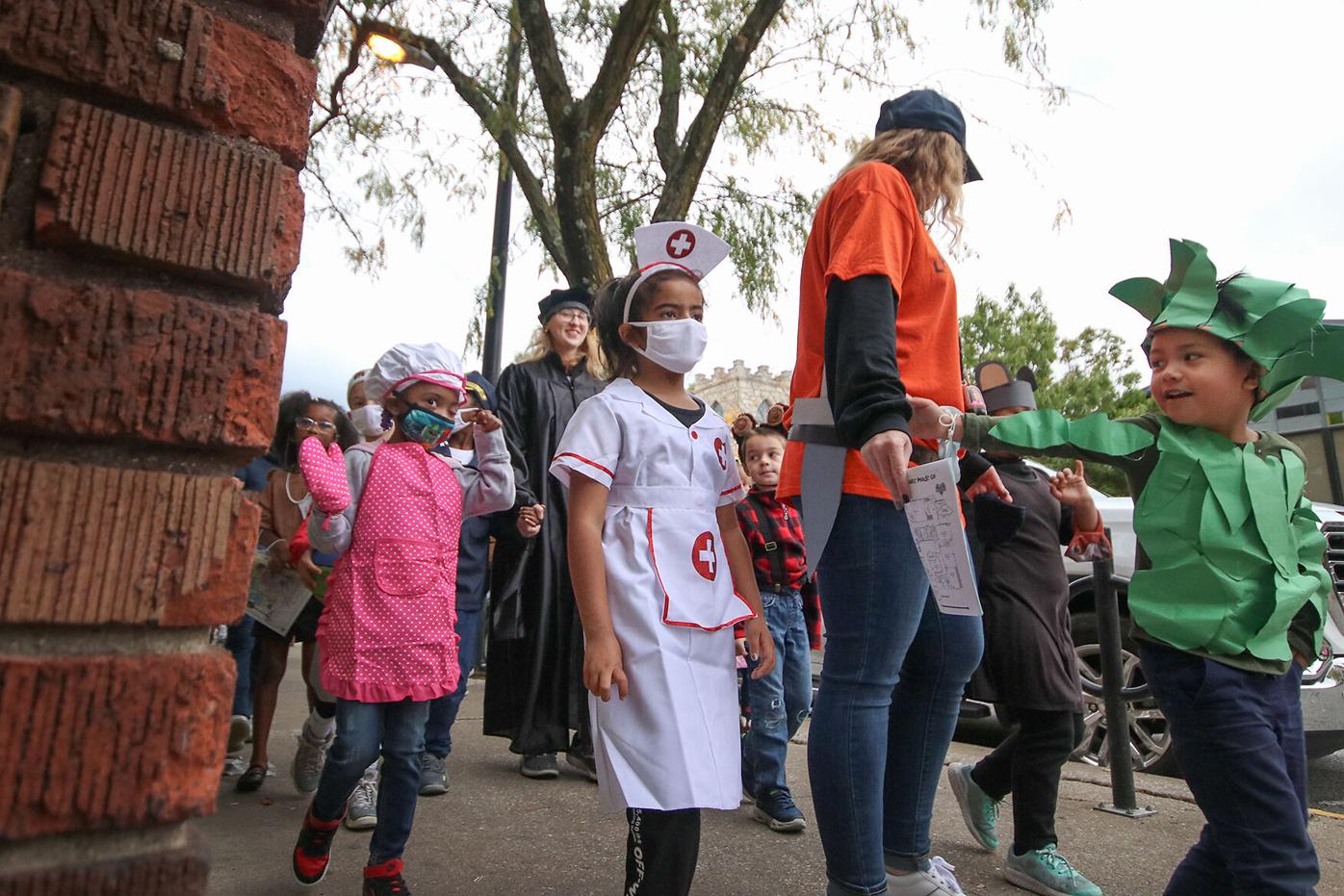 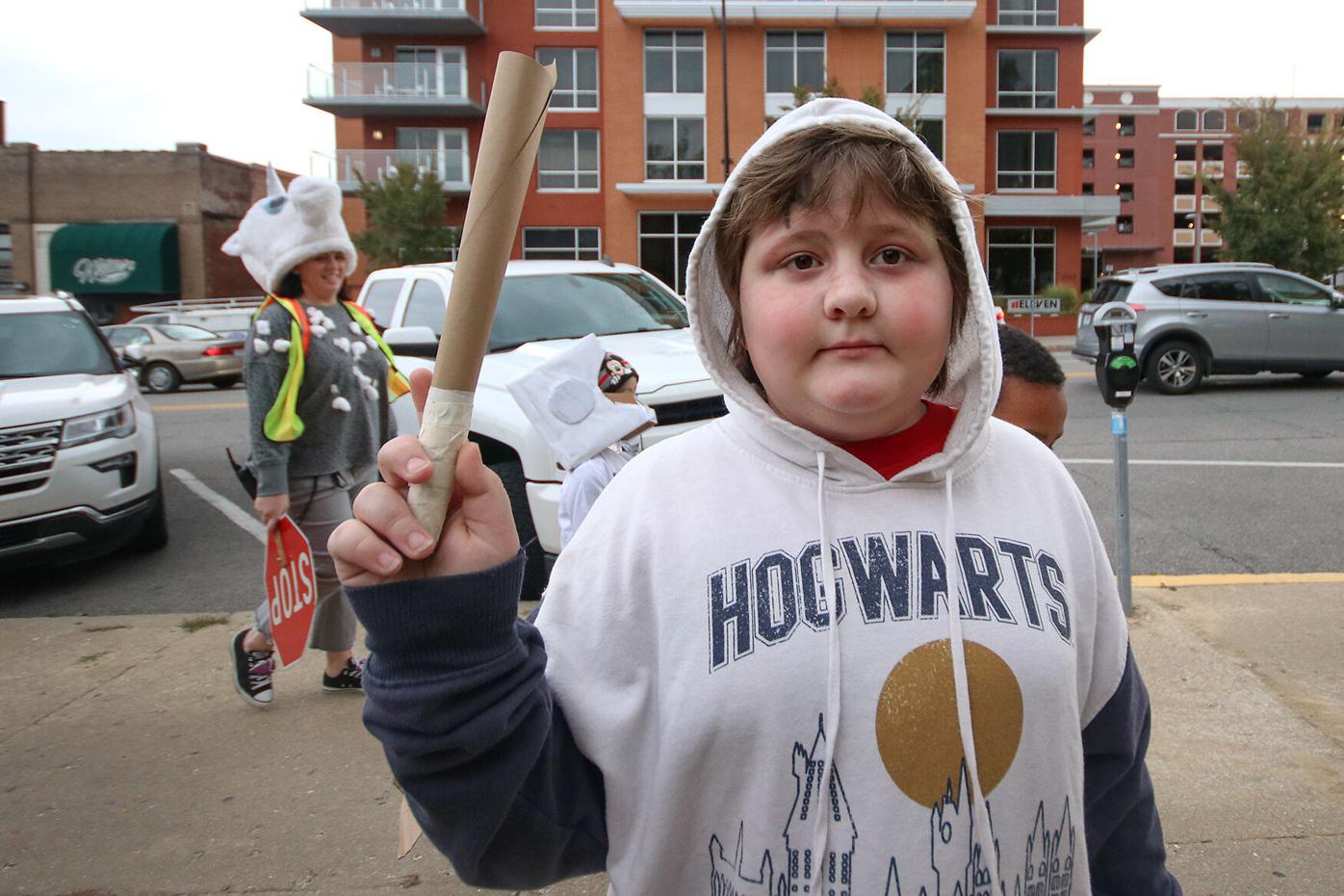 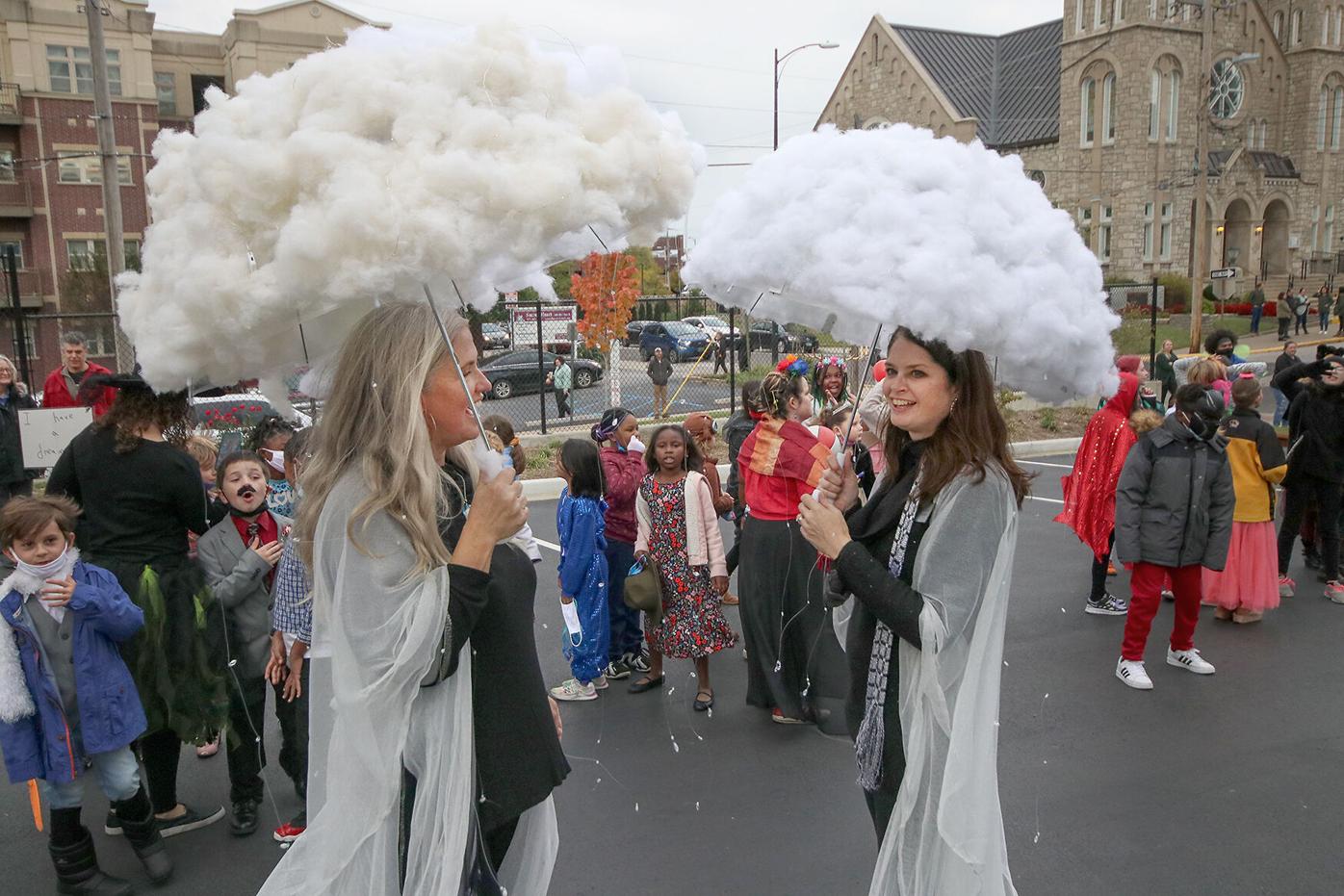 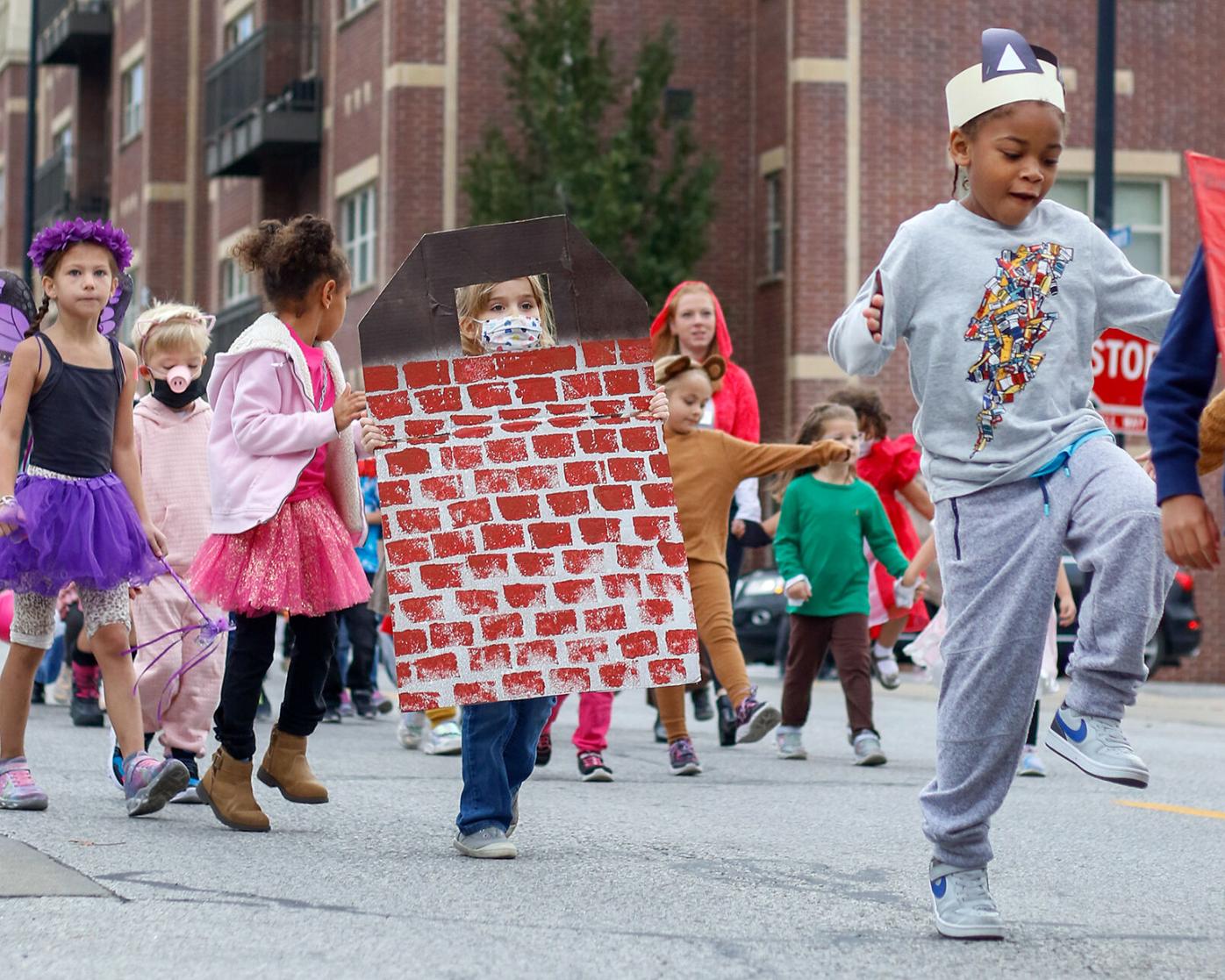 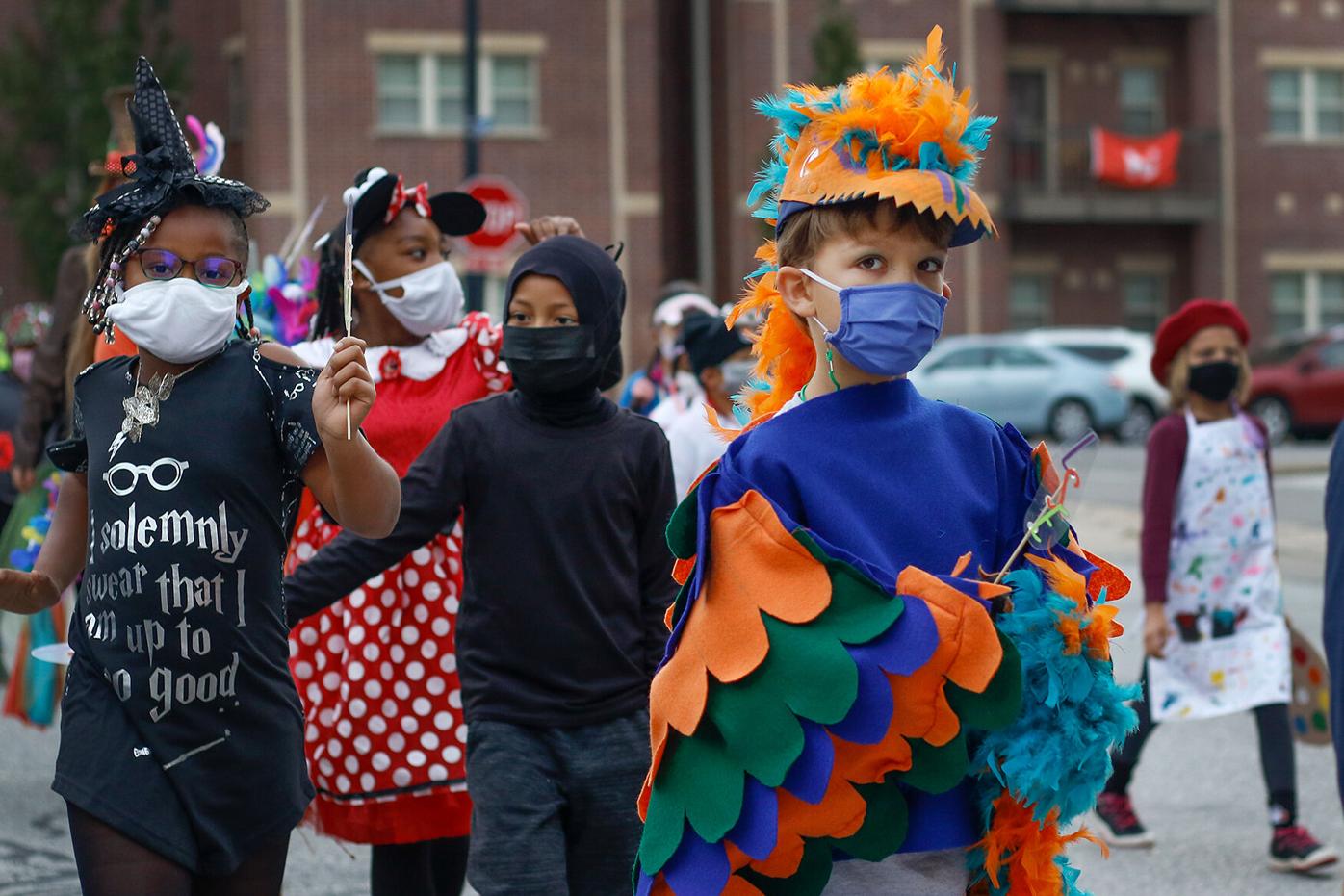 Third grader Benjamin Woodcock walks in the fall festival Wednesday in Columbia. For more from the festival, please see Page 4A. 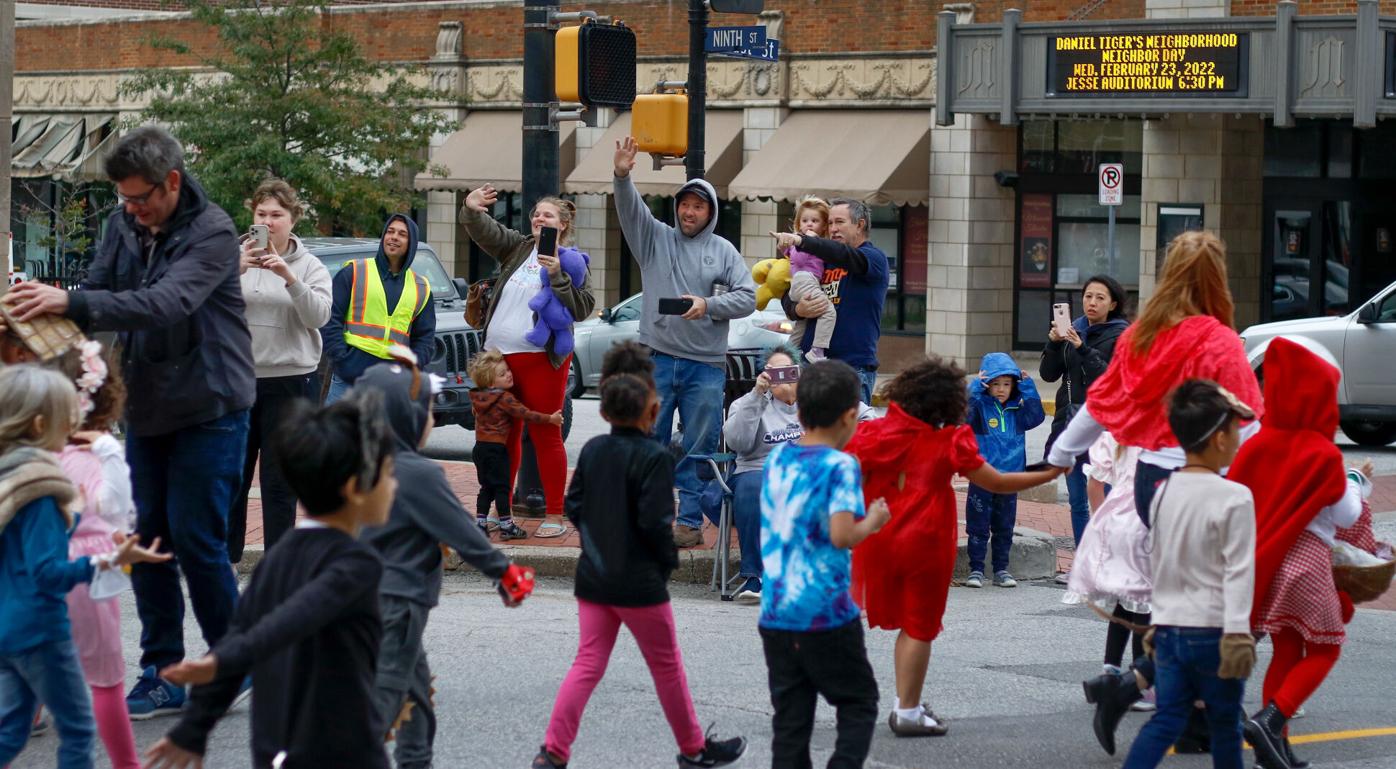 Friends and family watch the fall festival from the street Wednesday in Columbia. Many people stepped out to watch the parade. 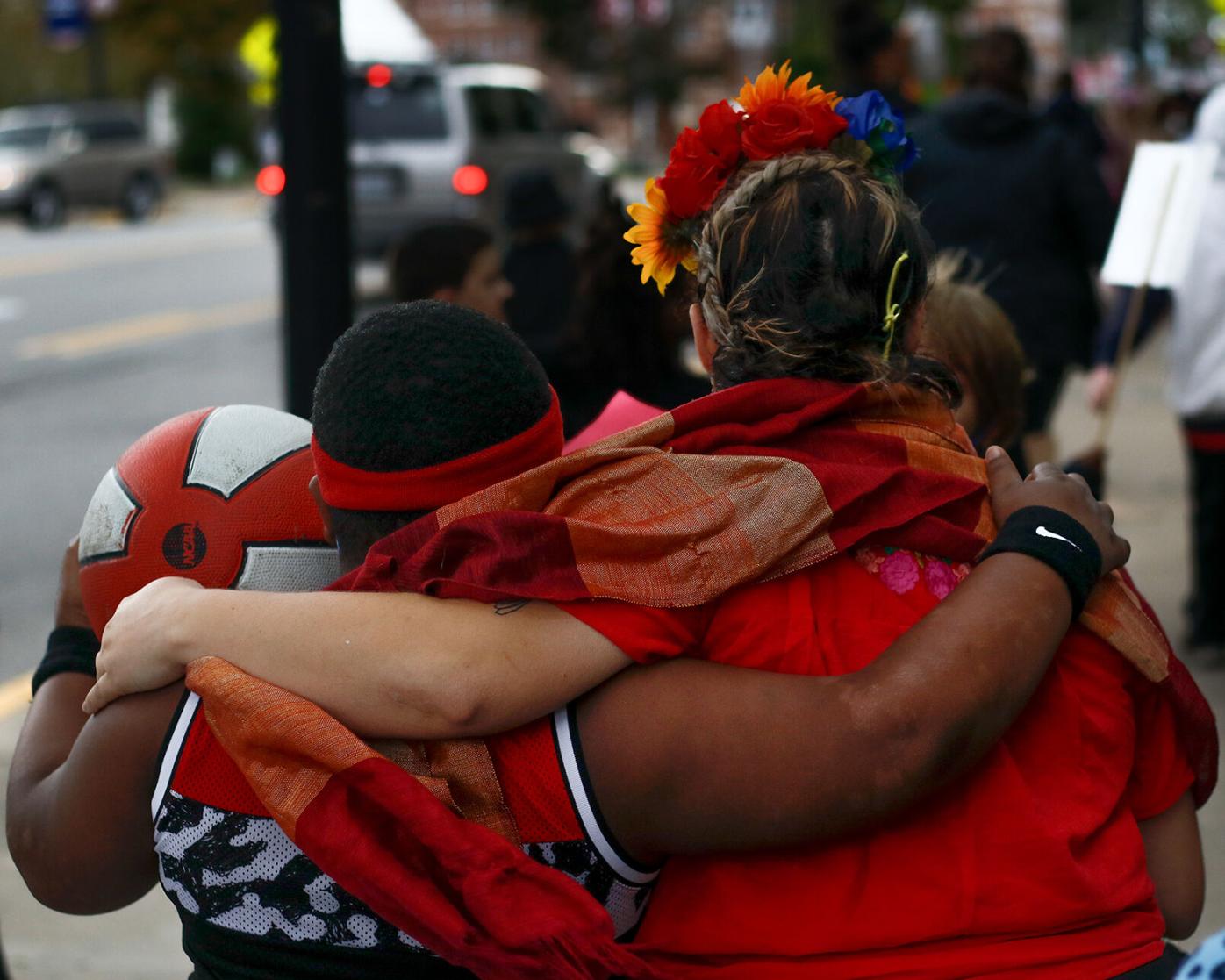 Second grade teacher Kristine Kolkebeck, dressed as the artist Frida Kahlo, puts her arm around one of her students, Thommion Riley, dressed as a basketball player, Wednesday in Columbia. Both students and teachers dressed up for the fall festival. 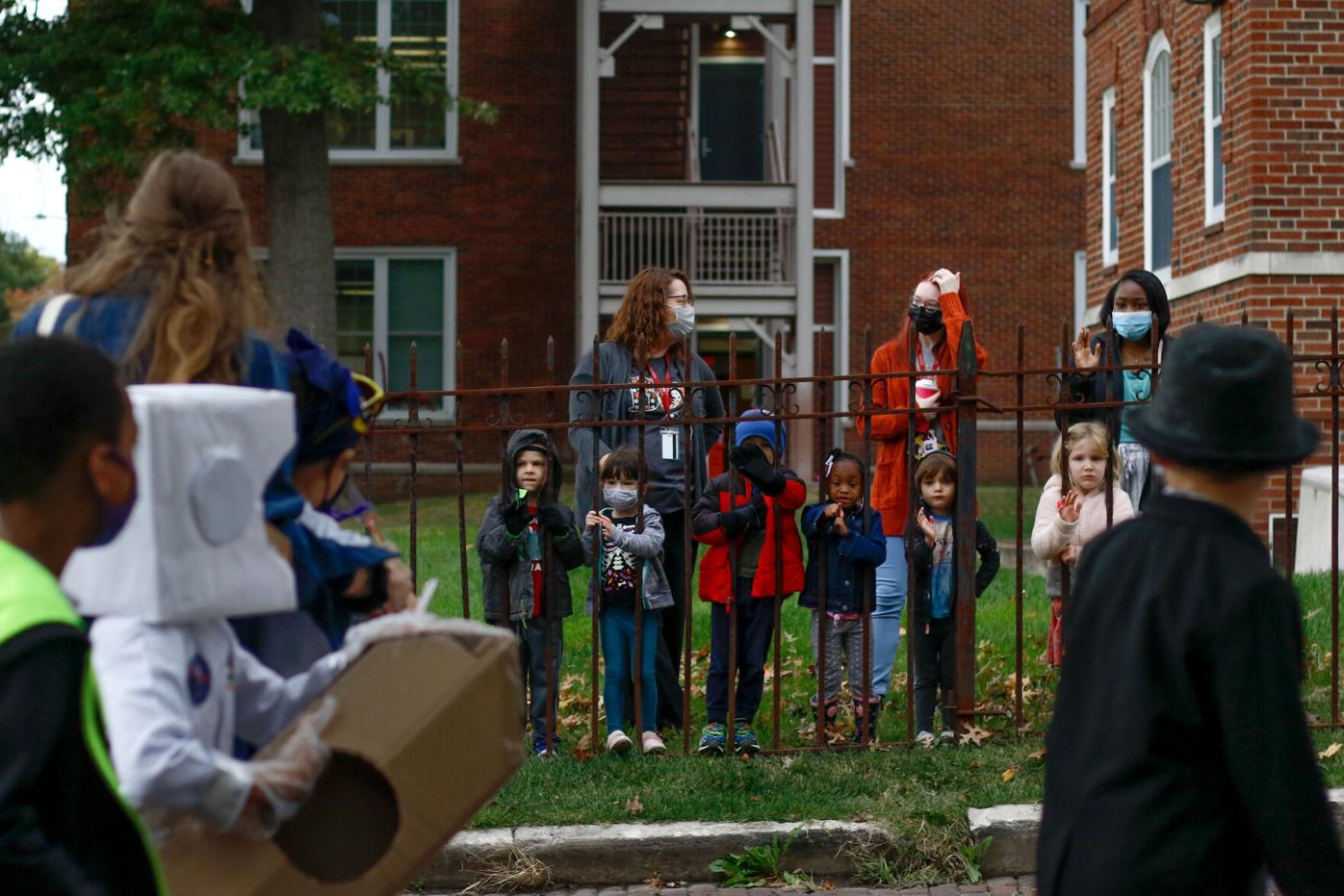 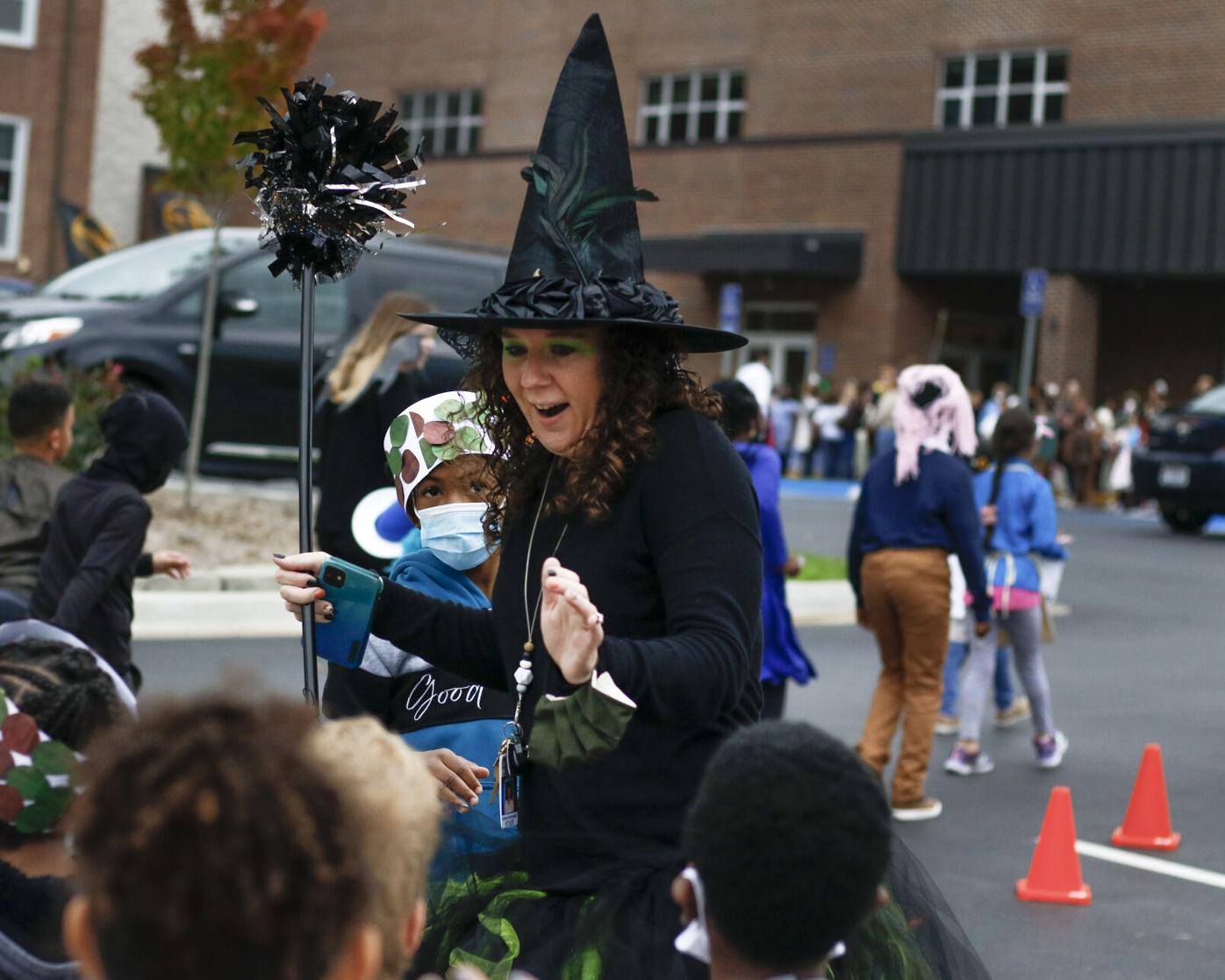 Locust Street Expressive Arts Elementary School media specialist Kristen Burkemper greets students Wednesday in Columbia. The parade started in the parking lot of the school and made its way up Ninth Street to Broadway. 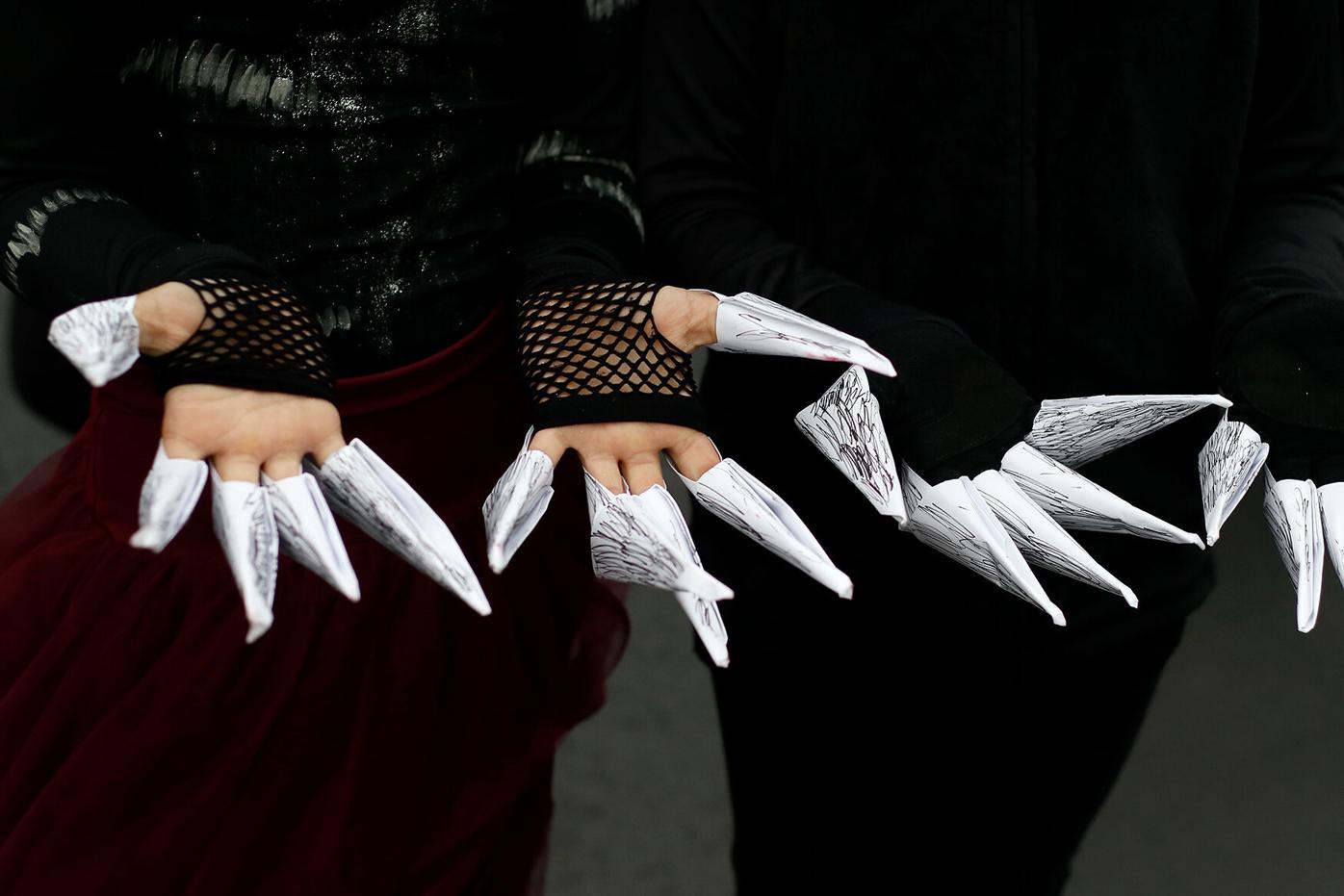 A pair of students at Locust Street Expressive Arts Elementary School show off their claws made of paper Wednesday in Columbia. A number of students had homemade costumes. 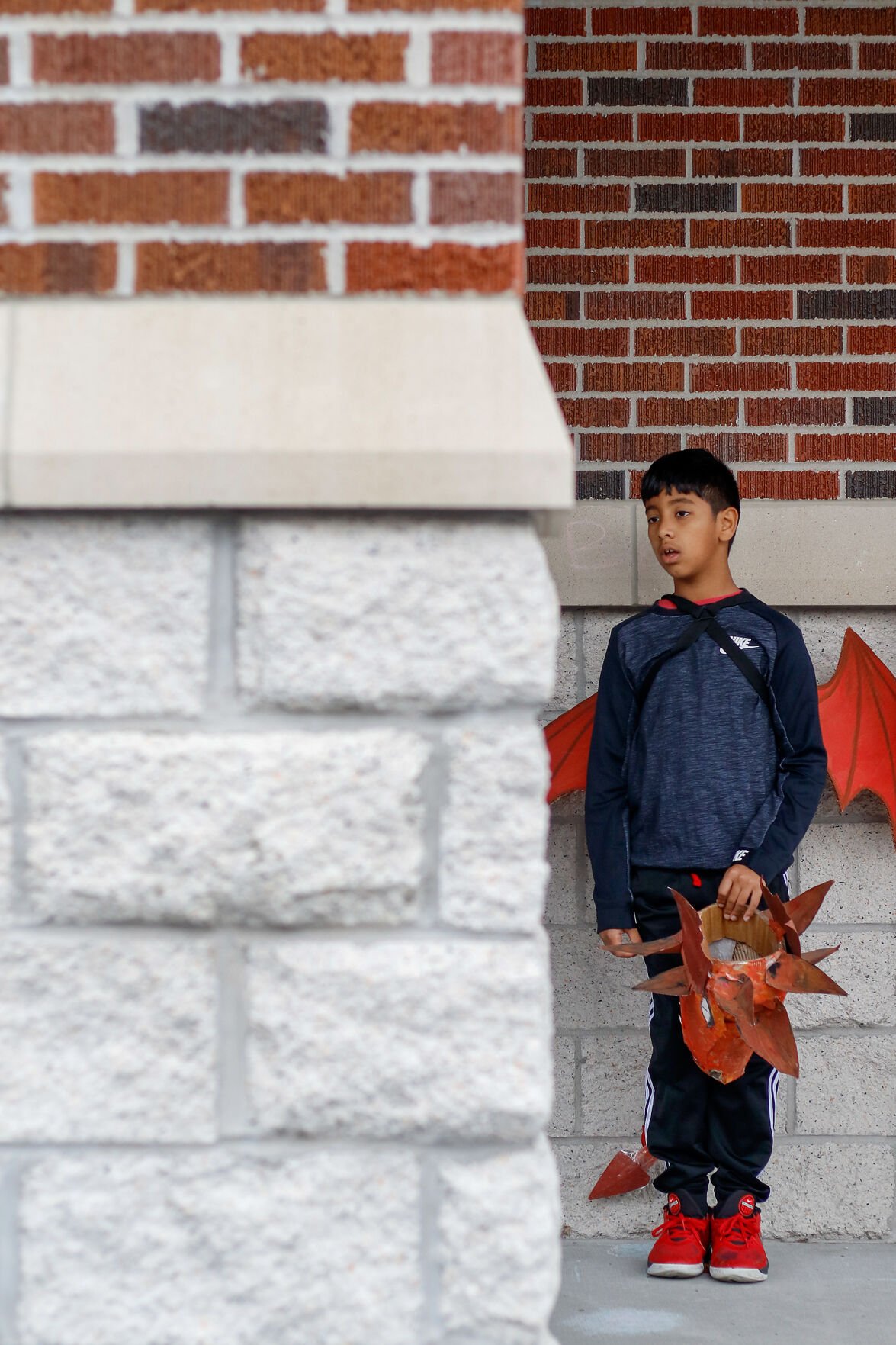 Ishaan Mishra, a third grader, stands outside of Locust Street Expressive Arts Elementary School on Wednesday in Columbia. The students returned to the classroom for special activities following the parade. 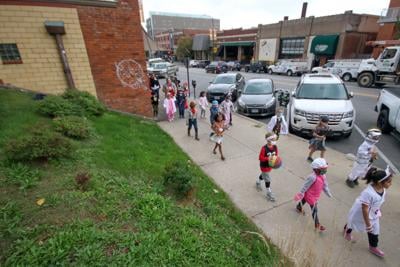 At 8:15 sharp Wednesday morning, volunteers from Marching Mizzou and its Color Guard lined up outside Locust Street Expressive Arts Elementary School. Behind them, taking up the street from one side to the other was a sea of students, staff and teachers dressed in a wide range of costumes — lots of doctors, Harry Potter characters, a scientist, a Tinker Bell, a Minnie Mouse, even a “unicorn painter” and a “phoenix rising.”

With that, Locust Street’s annual Fall Festival was underway. The parade went down Locust, up Ninth Street and onto Broadway before turning down Hitt Street and up Locust. The kids waved and smiled for parents, business owners and passersby.

Back at school, the kids called, “Thank you!” to Marching Mizzou. Director Amy Knopps handed out PayDay candy bars to the musicians and guard as they left.

“It’s great to get out and see what’s around us and to experience our community,” said second grade teacher Meg Tummons, who was dressed as the Mad Hatter from “Alice’s Adventures in Wonderland.”

Although the parade was over, the festival was just getting started. This year’s theme was “What Dreams are Made Of.” Activities were held into the afternoon.

In one room, Josh Saboorizadeh, a graduate student in theater at MU, led “theater games.” Students were asked to act like an alien, a cow or a tiger, which resulted in lots of moos, roars and squeaky UFO noises. When Saboorizadeh wanted the students to quiet down, he said, “A hush fell over the crowd.”

Fourth grade teacher Drew Guise watched as his students acted out dreams or dreaming. Most of them pretended to be asleep. A few snored.

The Locust Street Expressive Arts Elementary School in Columbia celebrates the annual Fall Festival with students Wednesday. The theme of the …