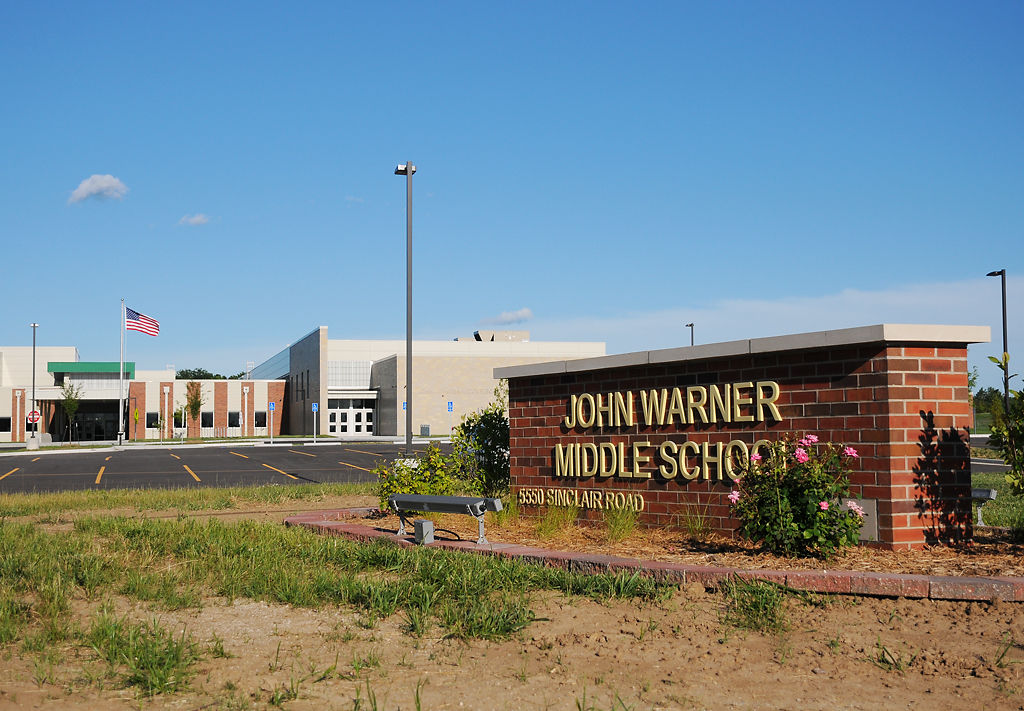 John Warner Middle School on Sinclair Road is set to open this fall with cutting-edge educational technology and design. 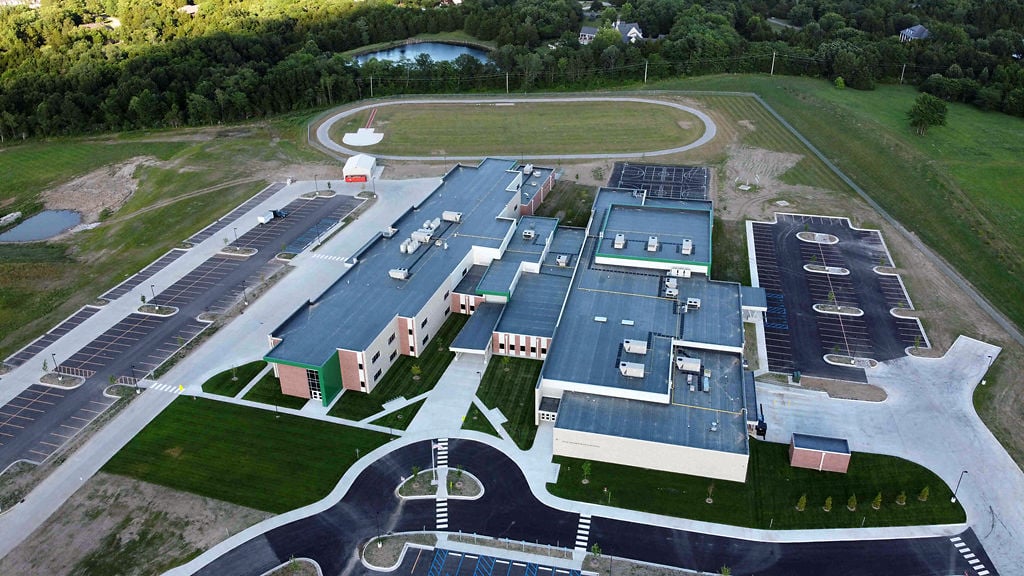 John Warner Middle School was close to completion at the end of June. The new school is located at 5550 S. Sinclair Road with a north wing for academic classrooms and a south wing for the gym and performing arts spaces.

John Warner Middle School on Sinclair Road is set to open this fall with cutting-edge educational technology and design.

John Warner Middle School was close to completion at the end of June. The new school is located at 5550 S. Sinclair Road with a north wing for academic classrooms and a south wing for the gym and performing arts spaces.

Columbia’s seventh middle school will serve families in the booming southwest corner of town and was built to relieve the overcrowding at Gentry Middle School.

“We are ready to go,” said Jimmy Hale, principal of the new middle school on Sinclair Road.

“There are so many cool little features that went into the design, and it is something that we have not seen or had before,” he said. “It has a futuristic concept.”

The school was designed by Chris Davis of PWArchitects, a Columbia firm, and education planning consultant Doug Loveland, who is with the Kansas City office of ACI Boland Architects.

It is based on a grade-level team concept with separate areas for sixth, seventh and eighth grades. Two wings, one at the north end for academic classrooms and one at the south for sports and performing arts, divide the space even more systematically.

In the academic wing, each grade-level team will have four classrooms dedicated to science, social studies, math and language arts. According to Hale, this allows for smaller room sizes and better collaboration between students and teachers.

A media center and front office zone are the hub of the building and act as a buffer against the active, noisier spaces in the school, including the two gyms and a performing arts area.

There is one full-sized gym that can seat 750, a smaller auxiliary gym, a practice field for football, two outdoor basketball courts and a track. The gravel track has designated sections for long jump, triple jump and high jump, pole vault, and a discus/shot put cage.

“Making sure all of our middle schools have tracks was one of our athletic equity projects several years ago,” said district spokesperson Michelle Baumstark. “We included the track as part of the initial construction of the school.”

The middle school also includes a stage area in the cafeteria and spaces for fine arts, such as a choir room, band room and orchestra room.

Security was a high priority in the design, Hale said. Access to instructional areas will be secured during public use of the building, as well as a controlled reception area at the entrance.

Outside the school are separate loops for buses and cars and a parking lot for 425 vehicles.

State-of-the-art upgrades include interactive touch screens in every instructional space and a lab for “hands on creativity and productivity.” Almost all of the furniture in the building is mobile and can be used in flexible configurations.

According to the PWArchitects website, a “strong emphasis was placed on technology, allowing for state-of-the-art delivery of the curriculum in all spaces and supporting the districts one-to-one policy for students.”

“The building is more in-tune with today’s learning, and the design reflects that,” Baumstark said.

When John Warner Middle School opens Aug. 25, it will welcome 542 students and 54 full-time teachers, administrators and staff, based on current enrollment numbers.

The school was designed to serve 700 students, so “we’ll have some room to grow,” Baumstark said.

“We usually have students move in over the summer months, so that number will change by the time we get to the first day of school,” she said.

The property for the middle school was purchased from MU in 2017 for an estimated $2.9 million. It had been part of a 536-acre farm.

The school’s namesake, John Warner, died in August 2019 after spending 35 years with the Columbia Police Department. He also served as an officer for the Drug Abuse Resistance Education program and a school resource officer for the district’s middle schools.

Warner retired from the Columbia Police Department in 2014, and during the last four years of his life, he worked for the Missouri School Boards’ Association’s Center for Education Safety.

Diane Kartheiser-Warner, who was married to Warner for 25 years, said she was overwhelmed when she learned the school would be named after her late husband.

She said she heard the news at one of their favorite places on what would have been their 25th wedding anniversary.

“I kept getting emails from Peter Stiepleman, the superintendent, asking me to give him a call,” she said. “I was kind of figuring they were going to put a memorial bench up at West (Middle School).”

When Stiepleman told her about the new school name, she was “just floored.”

While Hale never knew Warner personally, Kartheiser-Warner said he is “a perfect fit” for principal.

“John would be happy that he is so kid-oriented because that’s what John loved best, the kids,” Kartheiser-Warner said.

Hale has been working in education for over 25 years and was the assistant principal at Jefferson Middle School before being appointed principal at John Warner.

“I am so happy that we were able to name the school after not just a great officer or role model, but also just a good human being,” he said.

“Everything that John Warner really stood for are things that we really want to do here: character education, relationship building and community service.”

Hale acknowledged that while this school year might look a bit different, he is ready to overcome some of the challenges of dealing with the coronavirus.

“I have always loved helping kids learn problem solving,” Hale said. “And with all the unknown factors going on in the world right now, I am excited to help them navigate this tough time period.”

No traditional dedication ceremony has been planned for the middle school because of coronavirus concerns, but Baumstark said the district is hoping to commemorate the opening in other ways.