Up to 900 kindergarten through fifth grade students in Columbia Public Schools will be moved to different elementary schools over the next three school years.

The Columbia School Board voted 6-1 in favor of redrawing elementary attendance areas during the Monday meeting after nearly a year of planning.

Board member David Seamon was the only dissenting vote. Seamon questioned whether the redistricting plan proposed would meet the board’s equity statement.

The redrawing of attendance areas will be implemented in three phases over the next three school years.

The board approved the new attendance areas for Parkade Elementary at its May 10 meeting. These changes, which will see the northern section of Parkade’s attendance area absorbed by Alpha Hart Lewis Elementary School, will occur this fall. As of Tuesday, 168 students will make the move.

In the 2022-2023 school year, there will be an increase in students to Rock Bridge Elementary School from other schools in the district.

Changes in attendance areas for the 2023-2024 school year will take into consideration the opening of an addition at Russell Boulevard Elementary School.

Rising fifth-grade students are able to stay at their current schools along with their siblings.

The plan was presented by district Chief Operations Officer Randall Gooch and Katherine Daniel-Hamburg of the educational planning committee Cooperative Strategies. The plan was revised before Monday’s meeting to eliminate detached zones, or islands. 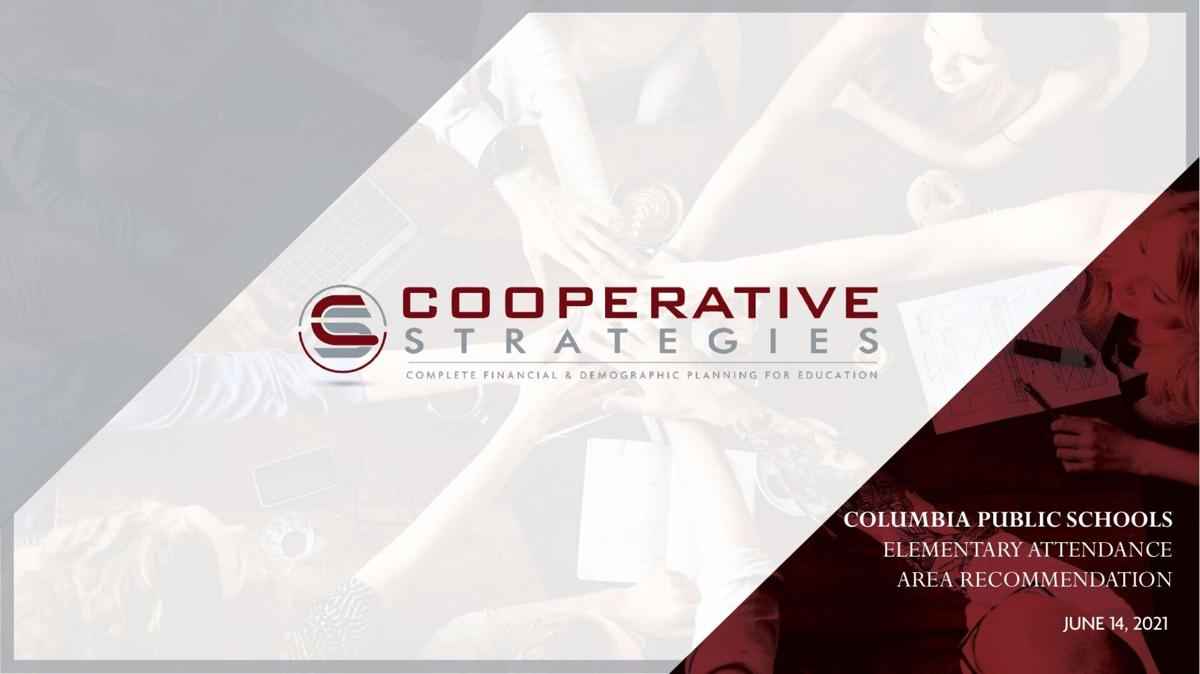 The purpose of redrawing attendance areas was to anticipate growth patterns in the district. The largest potential for growth was seen in the southwest corner of the district, Daniel-Hamburg said.

Before redrawing attendance areas, the committee surveyed growth in enrollment for the next three years if the areas were left as they were.

They found six elementary schools buildings would be over capacity.

The process for redrawing new attendance areas began in 2020 with 17 scenarios. Internal work and focus groups narrowed it down to four scenarios brought to community members to provide feedback in April.

“It makes no sense to bus five miles away when we have a school one mile away," said Kaitlyn Reid, a former Mill Creek Elementary School student.

District parent Cathy Chou asked that the board respond to future building capacities in a way that allows students to remain in their current schools.

“My son is a third-grader and will be kicked out of his school,” Chou said. She said with both circumstances of redistricting and the COVID-19 pandemic, her son might face social trauma.

The board also unanimously approved the 2021-2022 school year budget. The operating budget includes a $16 million net increase in spending and a $5.6 million net increase toward employees’ salaries, achieving one of the district’s priorities for providing employee benefits and compensation.

The overall budget consists of $248.4 million in total revenue and $253 million in total operating costs, leaving about $4.6 million in deficit spending. These numbers include deficit spending that was planned by the district to factor in one-time costs such as furniture, fixtures and equipment for the Jefferson Middle School remodel and elementary school additions, the Missourian has reported.

Local taxes, mostly property taxes, make up 64% of the district’s revenue. State funding accounts for 30% of revenue and is based on the weighted averages of daily attendance.

Salaries make up the largest portion of expenditures at 59%. Benefits make up 18% of expenditures. Service and supply, which include expenditures like transportation, substitute teachers and copying and printing costs, make up 22%.

“This is definitely a bittersweet evening,” Jan Mees, a former board member and president, said in a statement from herself and five other former board members, including President Helen Wade. The group made a donation to the Boone County Nature School, a passion of Peter Stiepleman’s, in his honor.

“You made tough, controversial decisions easier to swallow with humor and grace,” said Noelle Gilzow, president of the Columbia Missouri National Education Association.

Stiepleman will be succeeded by Brian Yearwood of Texas who will take over in July.

Families can use the school locator tool from the CPS website to see how the elementary attendance area changes affect them.

Columbia School Board to vote on attendance areas, budget

The attendance area change would start in 2022. About 900 kindergarten through fifth graders will be affected.