Financial insecurity, difficulty finishing school, a lack of opportunities for career growth and inadequate access to quality child care are all common challenges young parents are facing in Missouri and nationwide, according to a new policy report.

Missouri’s proportion of young adult parents is above the national average, according to a report from the Annie E. Casey Foundation, a private, Baltimore-based organization focused on children and families. Nationwide, 10 percent of 18- to 24-year-olds are parents. In Missouri, that percentage rises to 13.

The similarity in these numbers can be attributed to the variety of different households, said Tracy Greever-Rice, the director of the foundation’s KIDS COUNT program in Missouri. The tally of young parents looks at those who are living in the home with a child, and while some families have a single parent with more than one child, for example, others might have a single child with more than one parent.

The report cites disparities in young parents completing their education as one obstacle. In Missouri, 15 percent of young adult parents haven’t completed high school and 11 percent have completed an associate degree or higher.

Financial stability can also be an issue: 67 percent of children of young parents in Missouri are living in low-income households, according to the report. This is slightly lower than the national average of 69 percent.

The report recommends that states support workforce and education programs to help young parents pursue their education and find jobs. In Missouri, Greever-Rice said one organization working toward this is the Missouri Mentoring Partnership, which pairs young parents and other youth with mentors in the community to help them get through school and build parenting skills.

There are 10 partnerships in counties throughout Missouri, said Tonya Vannasdall, the executive director of the New Madrid County partnership in the Bootheel. She said the program provides a “huge support” for youth who may not have a good support system at home.

“The education and the support has just played a huge impact on dropout rates (and) infant mortality rates,” Vannasdall said. “I mean, it’s not just the number of teen parents that went down, but across the board, some things that go with that.”

The policy report also mentions the need for programs to be aware of systemic racial disparities. In Missouri, 26 percent of young parents are people of color. Vannasdall said the Missouri Mentoring Partnership talks about cultural diversity with training staff.

“We have a good mixture of race in our programs,” Vannasdall said. “It’s not just an African-American thing or a white thing. ... Things happen, people become pregnant, teen parents is a reality and this is a place that you can come and get resources no matter what.”

In addition to a focus on education and employment, the Casey Foundation advocates for Congress and states to lower the eligibility age for noncustodial parents’ earned income tax credit, a refund for workers with a low to moderate income. There’s also an emphasis on accessible reproductive care and affordable child care.

“I think that one of the ways these resources are most likely to evolve in Missouri is to adopt some of that awareness, continue to build collaborations between different kinds of providers, both education providers, social services providers, day care providers,” Greever-Rice said. 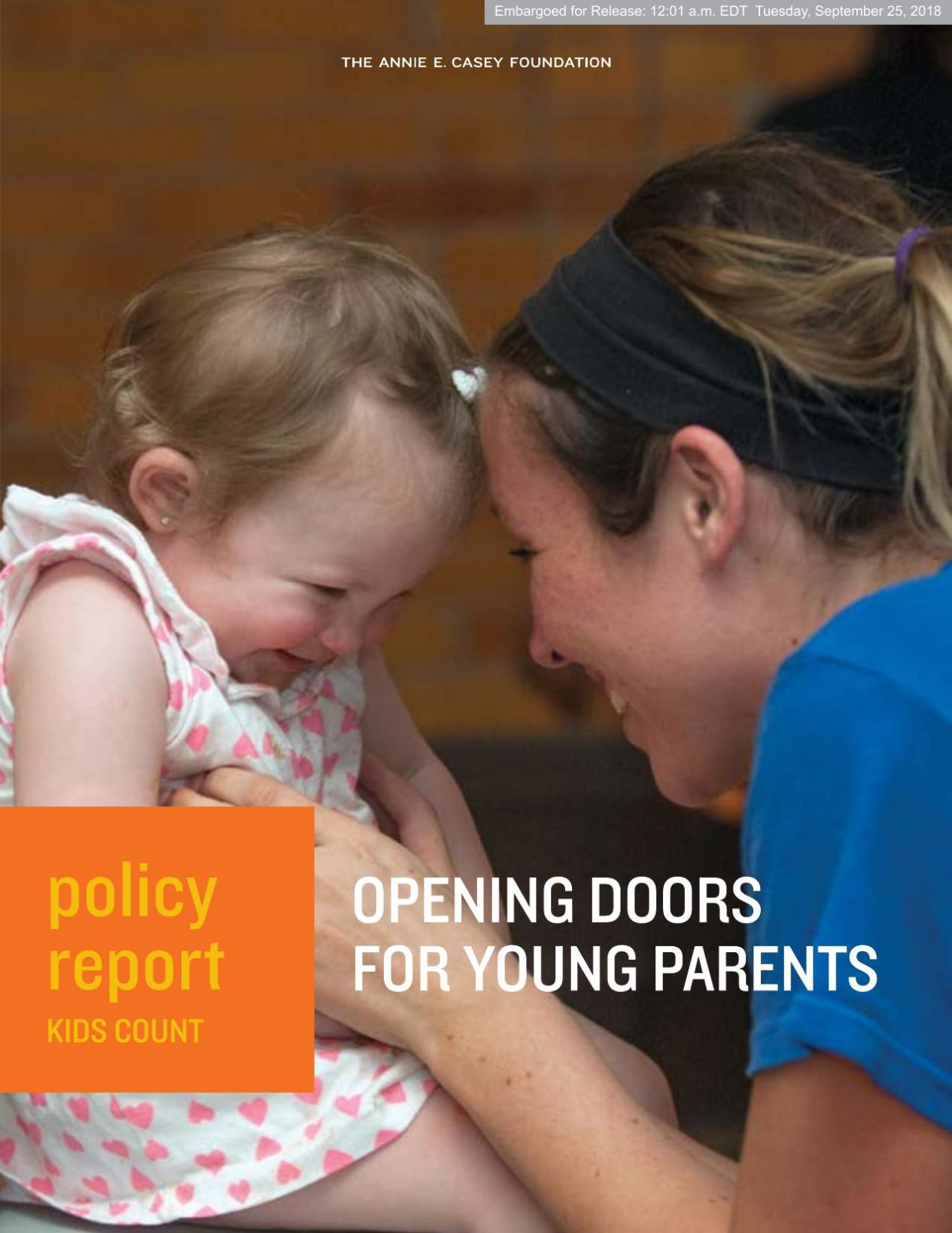