A statement released on Schmitt’s website said the district violated the Sunshine Law — Missouri’s open records law — by charging the state roughly $2,145.60 for access to documents and communication regarding the district’s policy.

The statement also said the district requested payment from the state before making the records public, which, according to Schmitt, was unlawful.

In September, Schmitt called on the Moberly district to change its previous recording policy, which asked parents to sign a “Request to Record IEP/504 Meeting” form if they wanted to record a meeting that discussed their child’s education or disability information.

Under a state law that took effect in August, school districts can no longer ban parents from recording these meetings. Since then, school districts that needed to change have adopted policies that follow the law.

Moberly District Superintendent Dustin Fanning said in September that the district was in compliance and that the form wasn’t meant to restrict parent recording but rather to notify the district of parents’ plans to do so. The district also adopted the new recording policy during its Nov. 9 School Board meeting.

Schmitt’s statement confirmed the records request came after this interaction and was intended to see how the district formulated its old policy.

Recently, he filed a similar lawsuit against Springfield Public Schools for charging the state $37,000 to gain access to documents relating to alleged teaching of Critical Race Theory and antiracism curriculum. 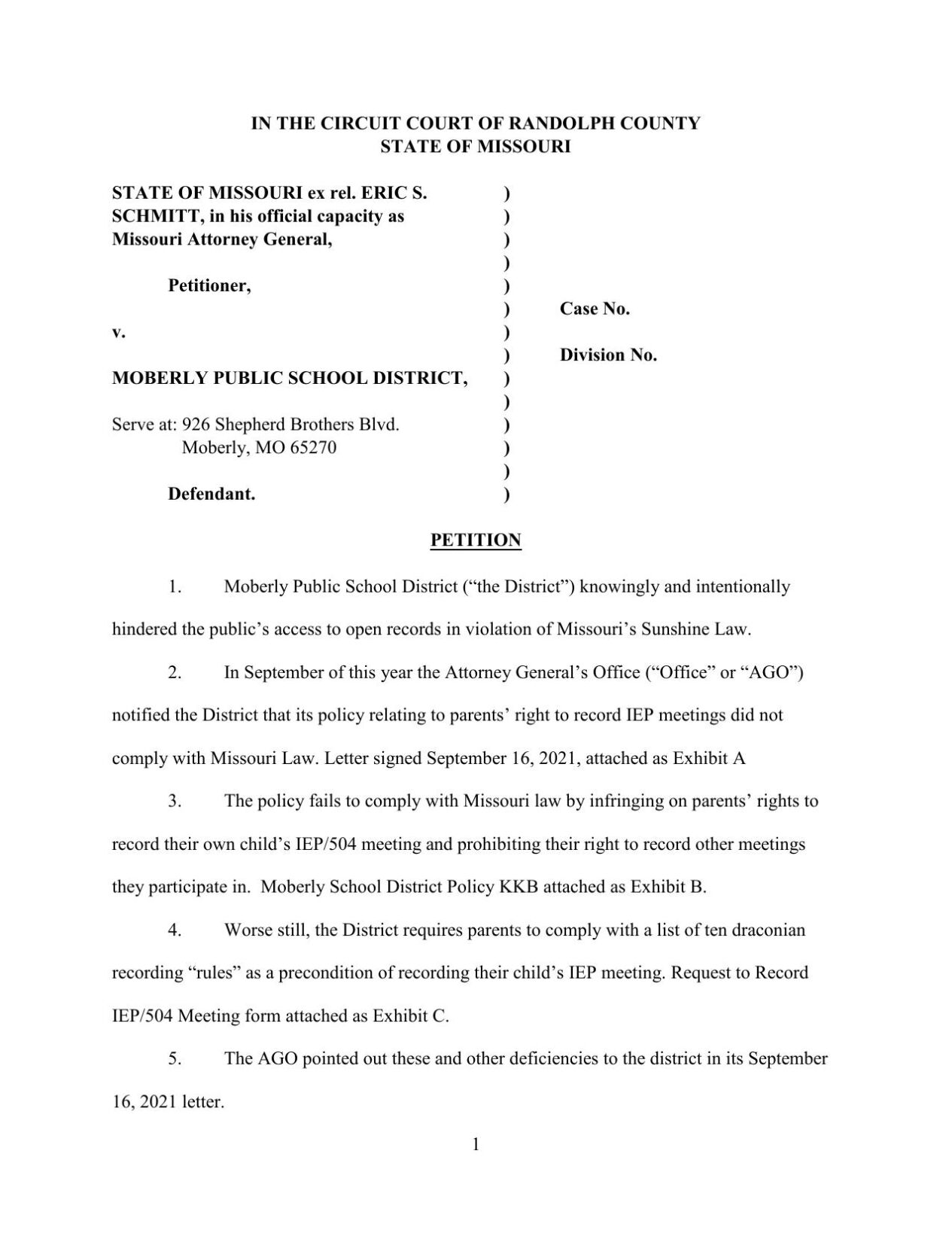 Meanwhile, area districts have updated their policies for parents to record IEP and 504 meetings to follow state law.