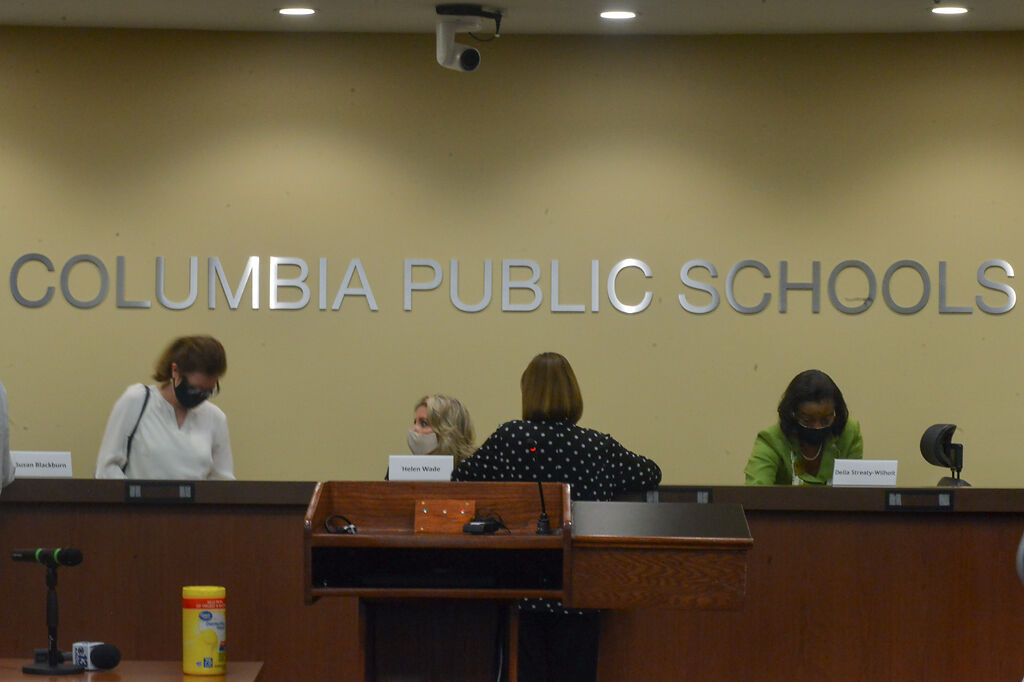 Members of the Columbia Board of Education pack up their belongings 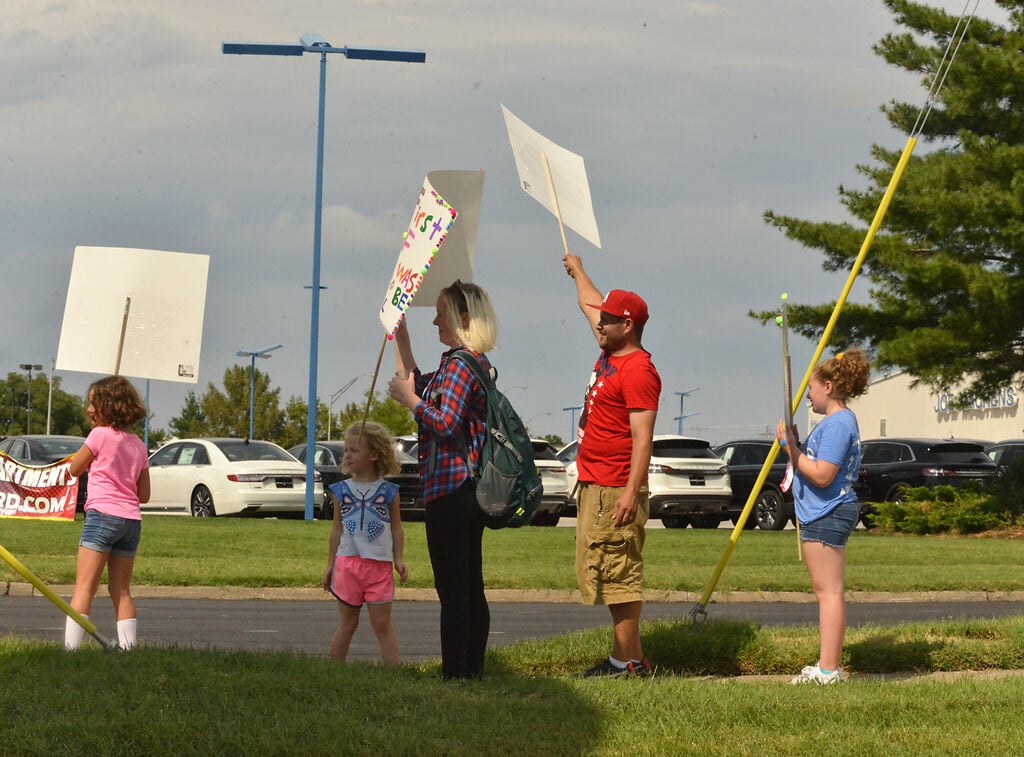 Columbia residents John and Megan Potter and their three children stand Monday outside of the Aslin Administration Building and voice their support to go back to in-person classes in Columbia. Around 10 people showed up to the Facebook-organized event.

Members of the Columbia Board of Education pack up their belongings

Columbia residents John and Megan Potter and their three children stand Monday outside of the Aslin Administration Building and voice their support to go back to in-person classes in Columbia. Around 10 people showed up to the Facebook-organized event.

Updated at 10:20 p.m. Monday to include more information about the meeting generally.

When Columbia Public Schools starts the 2020–21 school year next Tuesday, it will be all-virtual.

The Columbia School Board approved the change 6-1, with member Blake Willoughby dissenting.

The board and district will continue to talk about COVID-19 and its impact at every meeting. The next is Sept. 14.

The vote was on a recommendation from Superintendent Peter Stiepleman, who urged the shift from the previous “in-person/hybrid plan,” which included back-to-the-classroom learning two days a week.

The plan had been for students to have in-person/hybrid or all-virtual learning plans, depending on what families chose earlier this summer. Under the hybrid plan, students would have attended in-person classes two days a week. Slightly more than three-fourths of the district’s roughly 19,000 students chose the hybrid plan. The district also delayed the first day of classes by two weeks.

But the number of cases keeps rising locally. The district’s 14-day tracker recorded 71.5 cases per 10,000 people Monday. The threshold for recommended all-virtual learning is 50, which was passed Thursday.

“We are sitting up here with no control of what those numbers might say tomorrow,” board president Helen Wade said. “It is going to take everyone in this community to change the numbers.”

During the meeting, Stiepleman said 52 district employees were quarantined or have tested positive for COVID-19 — but then his phone dinged, and he said it was a text telling him two more had tested positive. In Boone County, the number of active cases was 657 Monday, with 942 contacts in quarantine.

Under the in-person/hybrid plan, students would have gone to school on either Mondays and Tuesdays or Thursdays and Fridays. Board members raised concerns about teachers possibly transmitting the virus from one set of students to the other.

Stability for students was also a concern. Board members said they didn’t want scenarios in which students went to school for a few days then had to stay home for two weeks because someone tested positive — even if everyone had on a mask.

Other concerns included internet stability and connectivity for students, child care for working parents and whether district sports programs should continue.

Board member Della Streaty-Wilhoit urged the rest of the board to commit to a long-term decision rather than change course later.

“I think that we have to stick with something long enough to see the science and the facts,” Streaty-Wilhoit said. “We’re going to have to live with it. I think that we all want our children back at school, but we must look at the safety ... .”

During public comment, Meredith Hoenes, who has a second-grader and kindergartner, urged the board to stick with the in-person/hybrid plan. After the meeting, she questioned why businesses could open but schools had to close.

“Kids cry, a lot, because they don’t get to see their friends,” she said. “A lot of kids were so excited, and because they waited so long to make a decision, us parents couldn’t prepare our children for what ultimately just happened. And now that excitement for school, I have to go home and crush it.”

Hoenes said she thinks some students, particularly those from low-income homes, will feel the negative effects more than others. “I don’t see the school district knocking on their door every day to check on them,” she said.

Board member Chris Horn said he thinks this next round of virtual learning could be an opportunity for the district to step up and help students it had forgotten.

The district will also update the tracker to include people who live outside Columbia but are served by Columbia Public Schools. This will increase the population base used for the tracker, according to district data services director Dave Wilson. Even so, the numbers will still be above the 50 per 10,000-person guideline, he said.

There was some discussion about whether it’s appropriate to include college students in the tracker population. Stiepleman and others made the point that college students are woven into the community. They live next to parents and teachers, and they shop at the same grocery stores, Stiepleman said.

The 3½-hour meeting was called solely to revisit fall reopening plans. At times, speakers became audibly emotional behind their masks as they talked about their fears and hopes for children.

Before it started, eight adults and four children gathered at the Activity and Recreation Center parking lot and walked to the district’s Aslin Administration Building to lobby for a five-day, in-person approach.

“I believe the student-to-risk ratio is decided by parents, guardians and nobody else,” Megan Potter, the event’s organizer said.

The number of confirmed cases at MU has more than doubled since the tracking dashboard was rolled out last Monday.