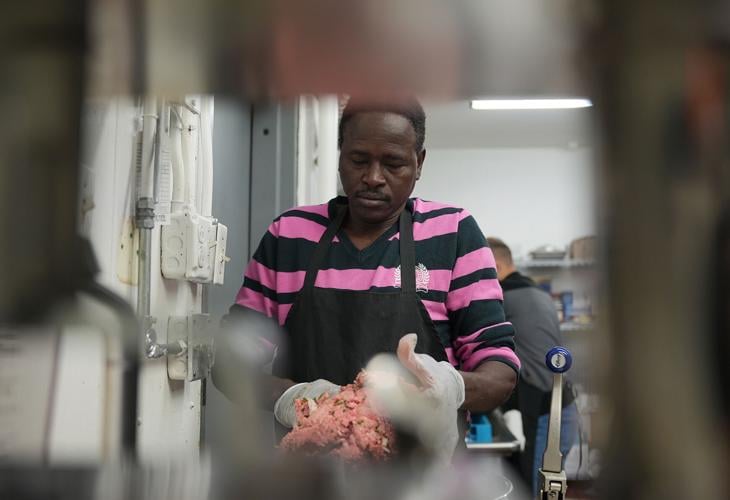 Prep Cook Mohammad Mater prepares ground meat for use on a kebab on March 12 at The Syrian Kitchen. Mater, originally from Sudan, is one of several immigrants working in Alkadah’s kitchen. 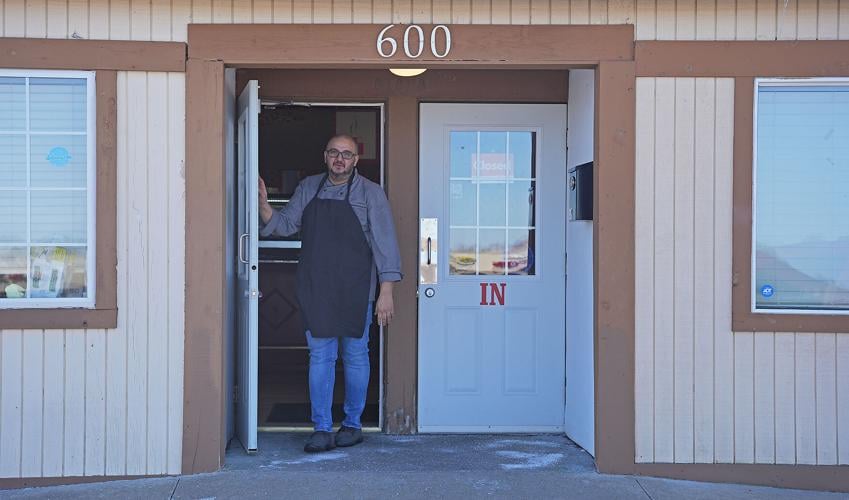 Ahmad Alkadah, a refugee from Syria, greets patrons at the door of his new restaurant, The Syrian Kitchen, on Saturday, March 12, in Columbia. The restaurant, located on Business Loop 70, opened its doors on March 1. 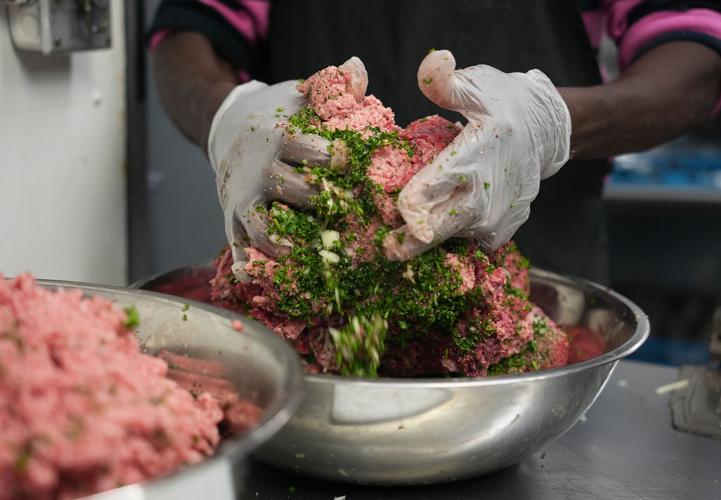 Prep Cook Mohammad Mater prepares ground meat for use on a kebab on Saturday, March 12, at The Syrian Kitchen in Columbia. 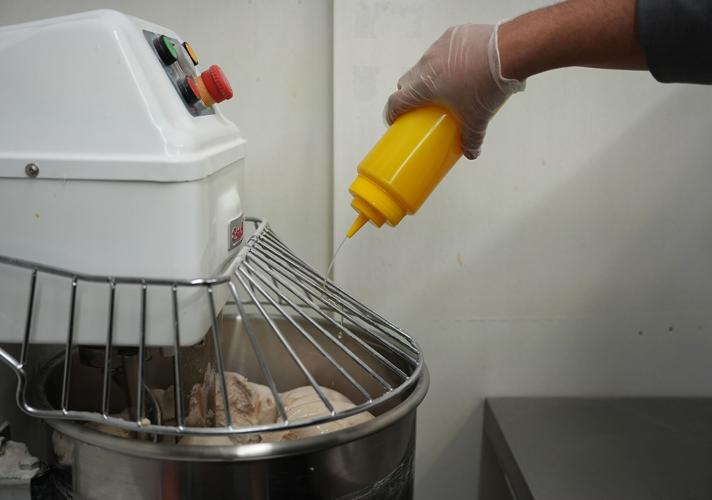 Ahmad Alkadah drizzles cooking oil onto pita dough on March 12, at The Syrian Kitchen. Alkadah and the crew arrive early to prepare homemade pita in their specialty oven. 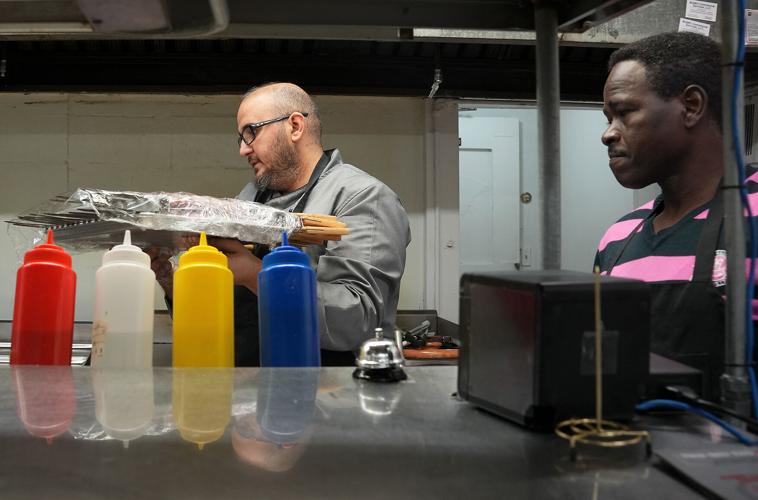 Ahmad Alkadah, left, and Mohammad Mater prepare kebabs for cooking at The Syrian Kitchen on Saturday, March 12, in Columbia. All of Alkadah’s family is involved in the business. His wife works at the restaurant and his children express support. “My son is in preschool, my daughter is in first grade. They took the menu and gave it to the teachers,” said Alkadah. “They get excited.” 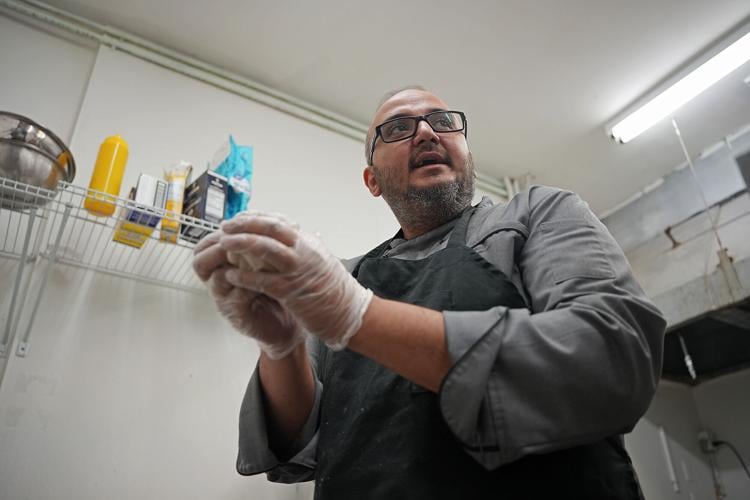 Ahmad Alkadah forms pita bread dough on March 12, 2022, at the Syrian Kitchen in Columbia. As a refugee, Alkadah received government help, but did not want to continue being dependent and wished to succeed in his own venture. “I was working and making money in this restaurant to show people how we can do as refugees,” Alkadah said. 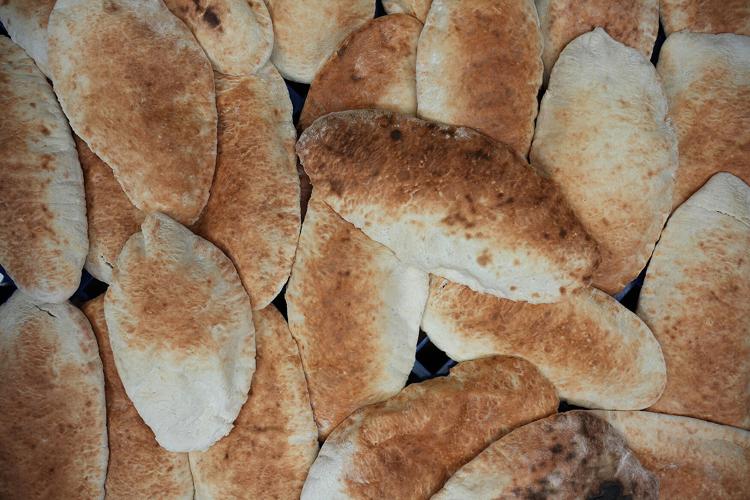 Freshly made pita bread sits on a tray March 12 at The Syrian Kitchen. Every morning, the crew makes seven total batches, with each batch containing 35 pieces of pita. 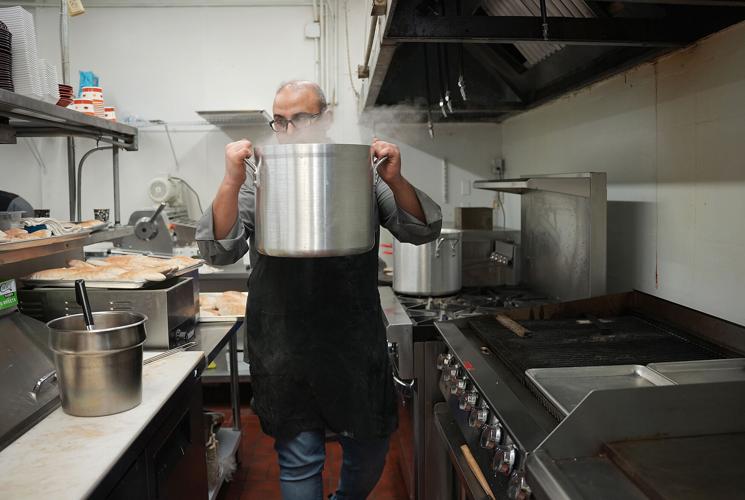 Ahmad Alkadah lifts a steaming pot on March 12 at The Syrian Kitchen in Columbia. Currently the restaurant is open from 3 p.m. to 9 p.m, but Alkadah hopes to expand its hours in the future.

Fueled by passion, desire and pride, Ahmad Alkadah looks to present a different vision of Syria by introducing mid-Missouri to Syrian cuisine at The Syrian Kitchen.

Alkadah, formerly of Daraa, Syria, was a student of geography in his home country. With the onset of the Syrian civil war in 2011, Alkadah initially sought refuge in Jordan before immigrating to the United States. More than a decade later, Alkadah is a restaurateur operating The Syrian Kitchen at 600 Business Loop 70 West, which opened March 1.

On March 15, 2011, a conflict erupted between revolutionaries and the forces of Syrian dictator Bashar al-Assad. Eleven years and several military interventions later, more than 350,000 Syrian men, women and children have died, and the cities Aleppo and Damascus became synonymous with tragedy. Yet, lost in all this constant conflict are the nearly 7 million Syrians who left in search of peace, like Alkadah.

In the short film “6,500 Miles From Daraa,” Alkadah chronicles his life story and takes the viewer behind the scenes of one of Columbia’s newest restaurants.