Senior year is a passage into adulthood, the beginning of a career or a move to college. Often, senior year is remembered with rose-tinted glasses. For the class of 2020, there will not be fond memories of milestones such as prom and graduation. Instead, senior year will be remembered for its dysfunction and the word ‘canceled.’

By mid-March, schools across the country had closed for the year. Students had no clue it would be their last time to walk the halls with their best friends, favorite teachers and, maybe, first loves. No sports, proms or regular farewells. These moments are meant to be a source of closure. Instead, there is much that feels unfinished.

Senior high school students from Columbia, Kansas City and Chicago talk about these final weeks as school comes to a close.

This project was a collaborative effort from visual journalists at the Columbia Missourian. When classes were canceled, some students stayed, some migrated back home. The team saw the pandemic as an opportunity to tell a story with a breadth of voices from across the Midwest.

We discussed how to safely conduct interviews in an effort to create something documenting how COVID-19 has affected the lives of high school graduates. Doing field reporting while practicing social distancing complicated the project.

Our goal was to find students who had different interests and activities in high school. While some students were most upset about missing prom, others were more concerned about their canceled band concert.

However, among all interviews, there was an underlying sense of dissatisfaction, an unexpected, bitter aftertaste. The uncertainty these students felt is palpable, and, despite their geographic distance from one another, remarkably consistent.

Two of our visual journalists, Sydney Walton and Maya Valentine, are Chicago natives. While visiting family, they found time to speak with two seniors from Lindblom Math and Science Academy.

Sarai Vega interviewed sources from Sumner Academy in Kansas City, Kansas, when she had to return home. 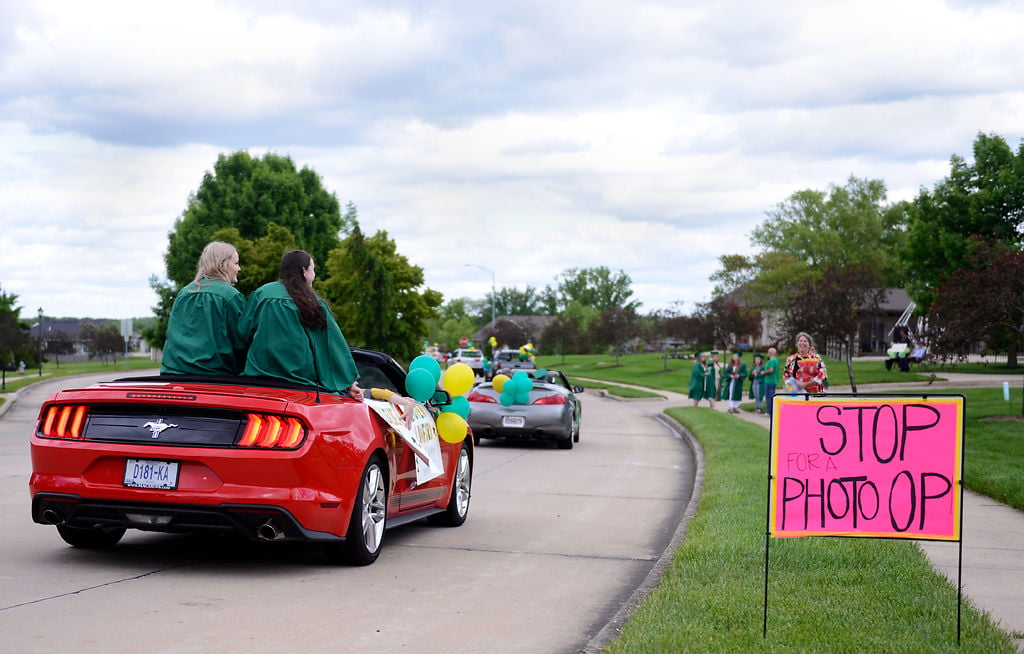 Leslie Barner, left, and Lauren Linford pose for a photo on Sunday during a celebratory parade outside of Beulah Ralph Elementary School. “We need to do something now,” parade organizer Donna Piecko said. “The kids need to have something to smile about.” 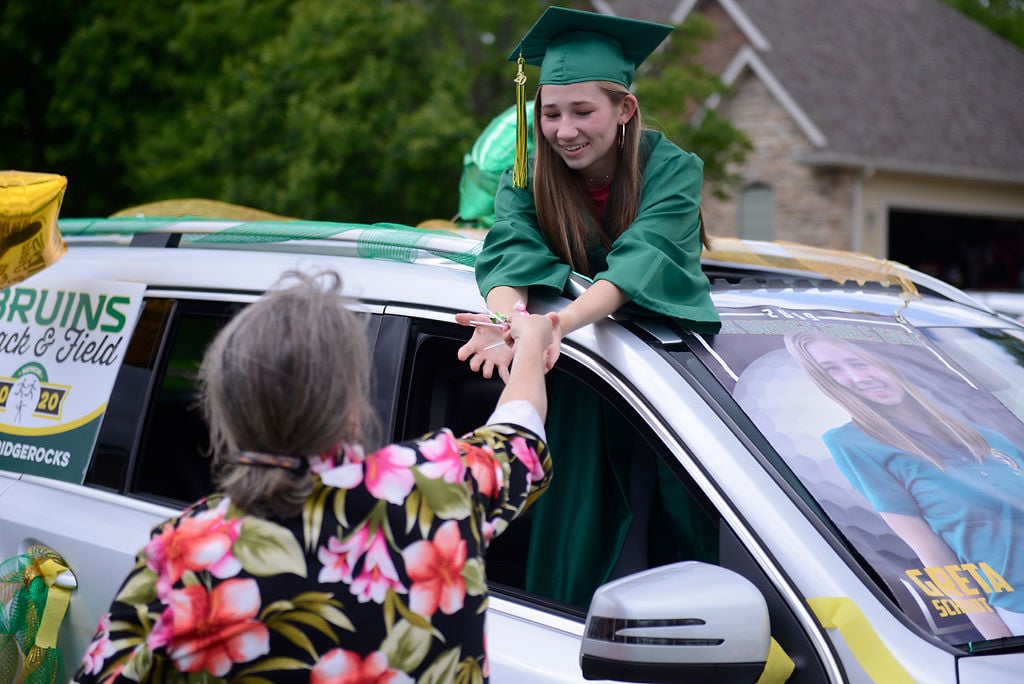 Rock Bridge High School math teacher Janet Thompson, left, hands candy to Rock Bridge senior Greta Scheidt on Sunday during a graduation parade through the Thornbrook neighborhood. Thompson distributed candy from the two bags of treats she bought for her classroom at the beginning of the semester, intending them to last through May. 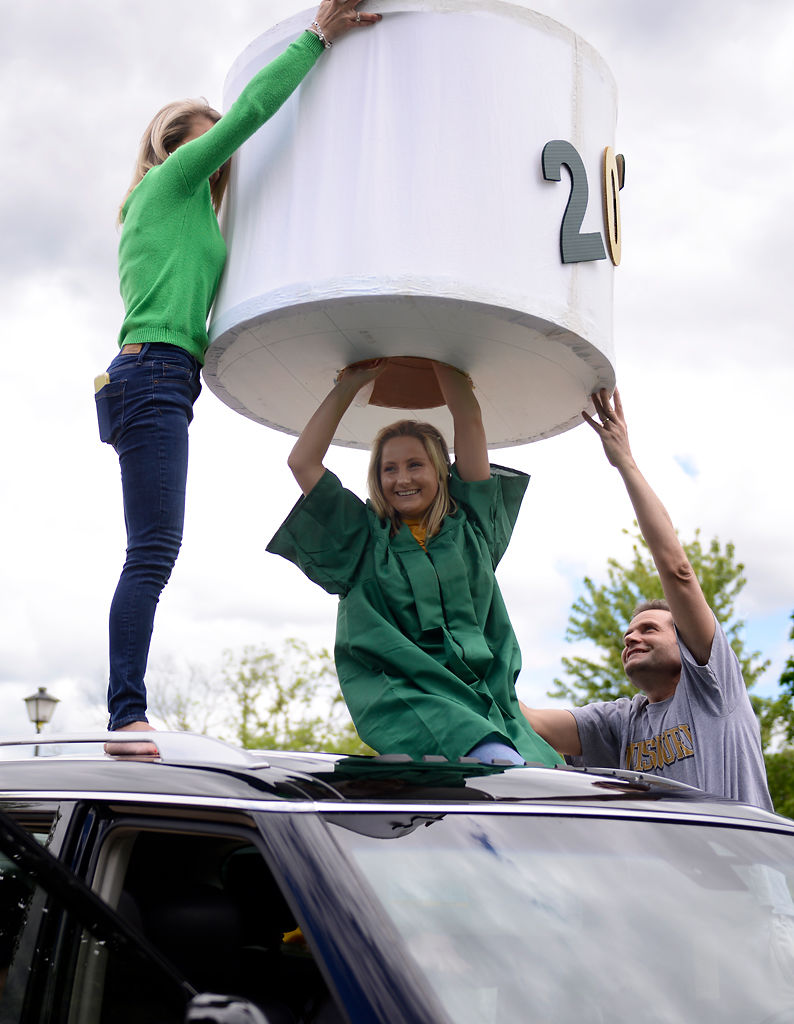 Stacey Noble, left, and Brad Noble, right, help their daughter Allie exit from an oversized toilet paper roll on Sunday at the end of the Thornbrook drive-through graduation parade. For their car’s Class of 2020 decoration, Allie rode through the parade inside of the tube, standing on a stepladder and emerging through the sunroof. 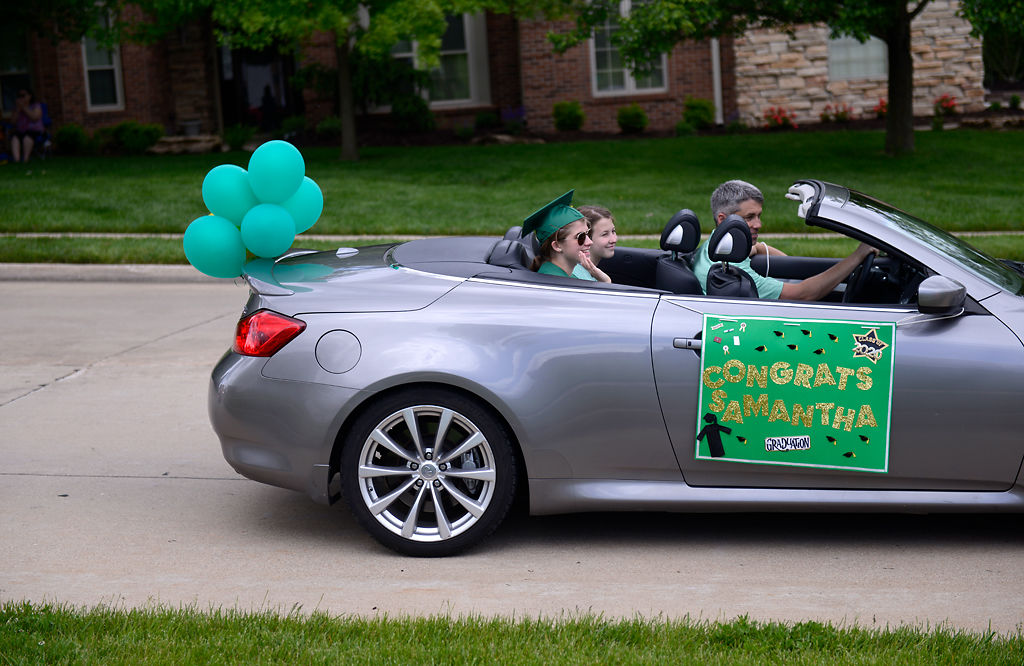 As well as car decorations like signs and balloons, the Thornbrook graduation parade, primarily attended by Rock Bridge High School seniors, featured an announcer reading out the graduates’ future plans to the neighborhood as they drove by. 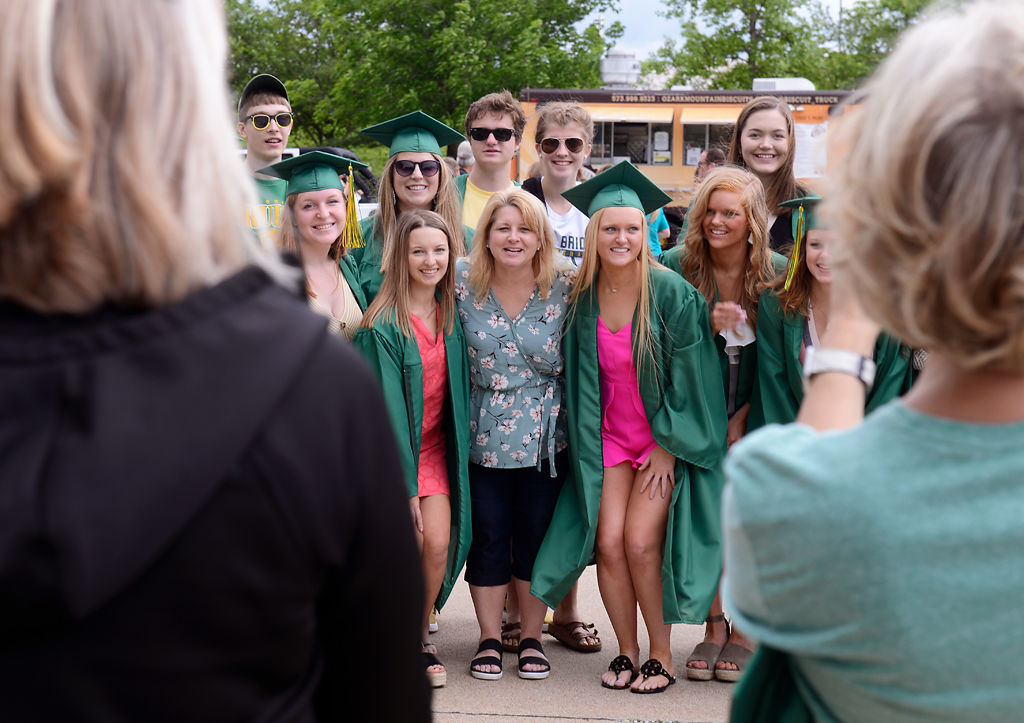 Donna Piecko, center, poses with the Rock Bridge graduation parade participants on Sunday at the Thornbrook Clubhouse. Piecko is the mother of Rock Bridge High School graduate Lexi Piecko, left, the bookkeeper at Rock Bridge and the organizer of the parade. “She’s got such a heart for the kids,” Andrea Schade, far right, said about Piecko. “It’s amazing.” 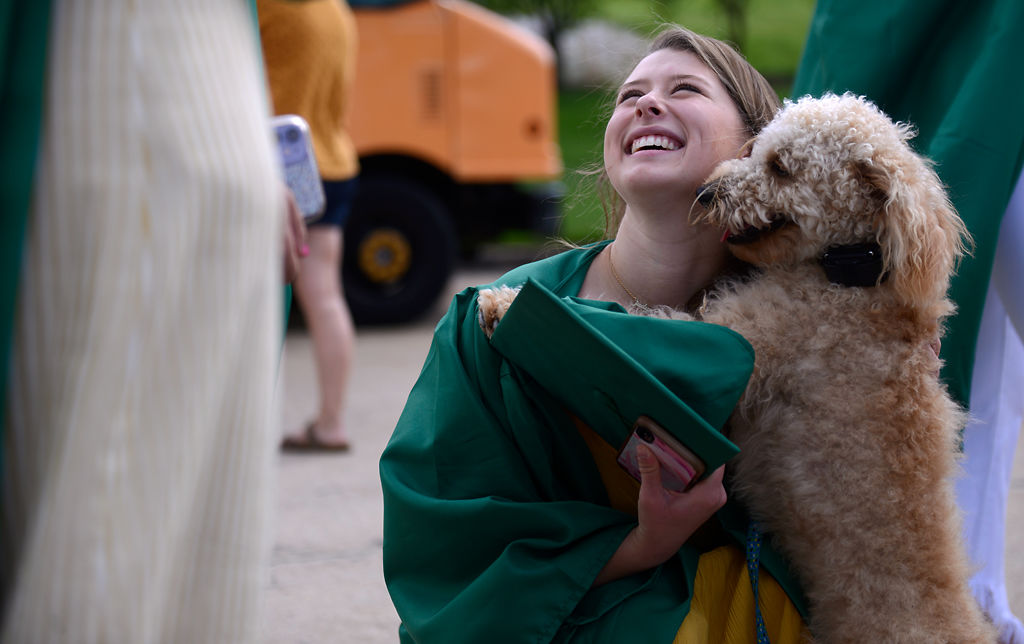 Rock Bridge High School graduate Jadyn Lisenby smiles up at her friends Grace Dablemont and Lexi Piecko with her dog Annie on Sunday after the graduation celebration parade through Thornbrook. “I think it’s a really good substitute for graduation,” Piecko said of the parade. 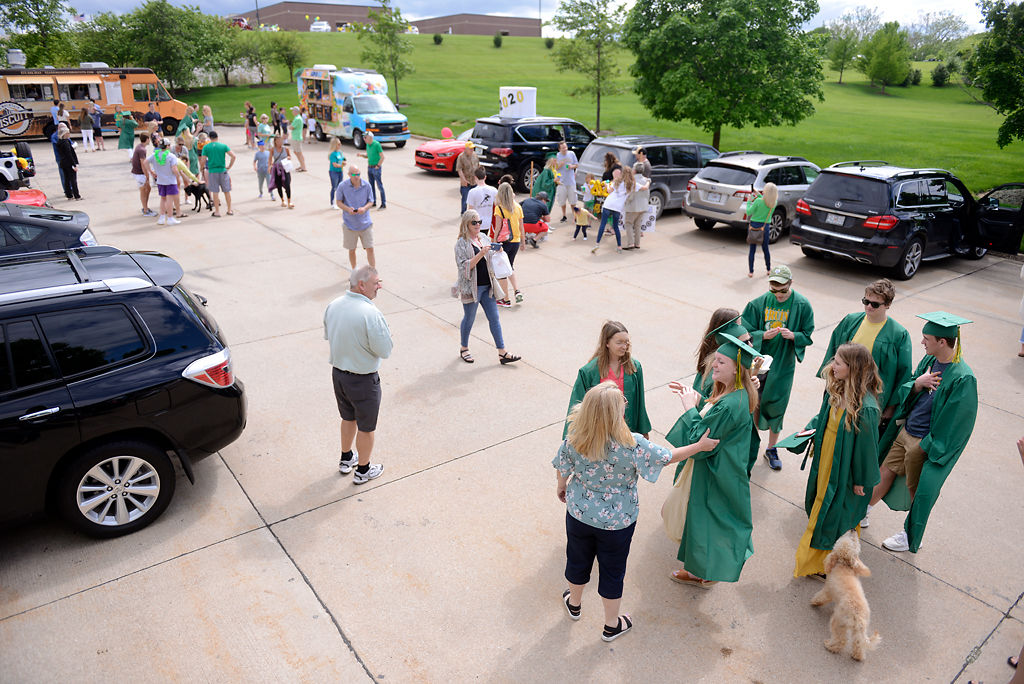 Graduates gather on Sunday at the Thornbrook Clubhouse after the drive-through graduation parade. Ozark Mountain Biscuit Co. and Kona Ice were parked at the pavilion for a post-parade treat.

Rock Bridge High School seniors and their families participate in a driving graduation parade south of the campus on Wednesday evening. Senior…