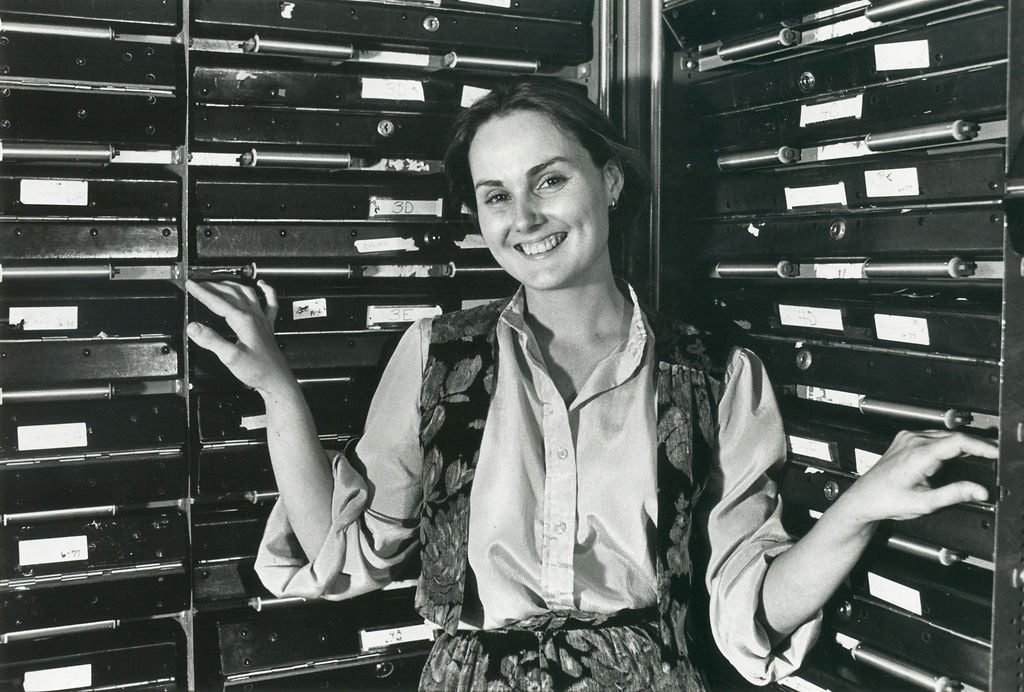 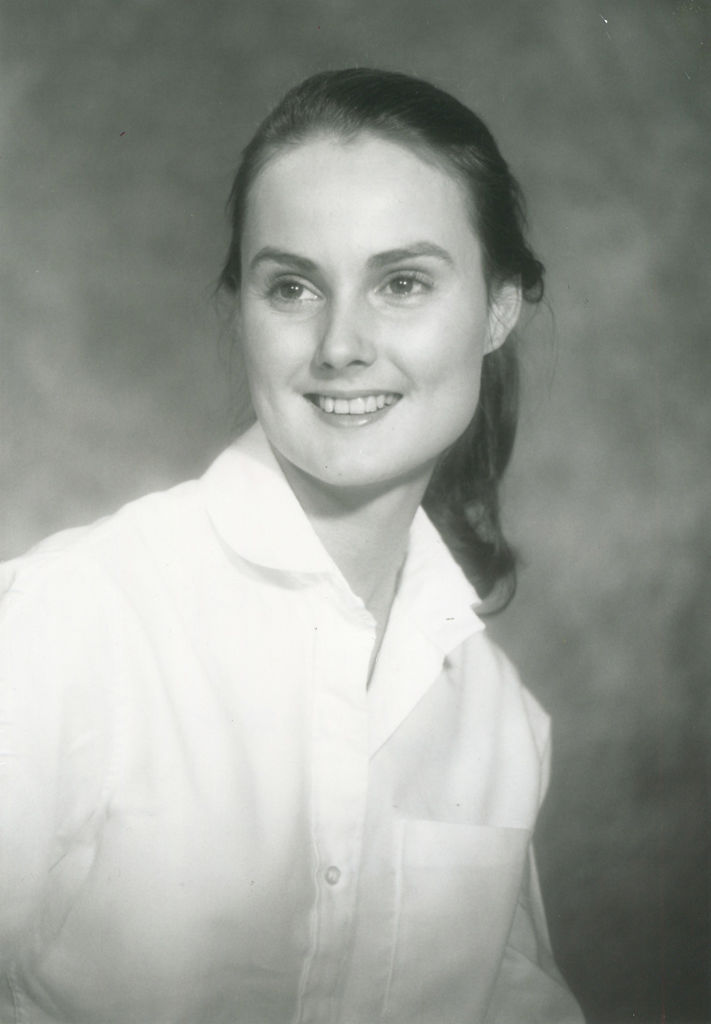 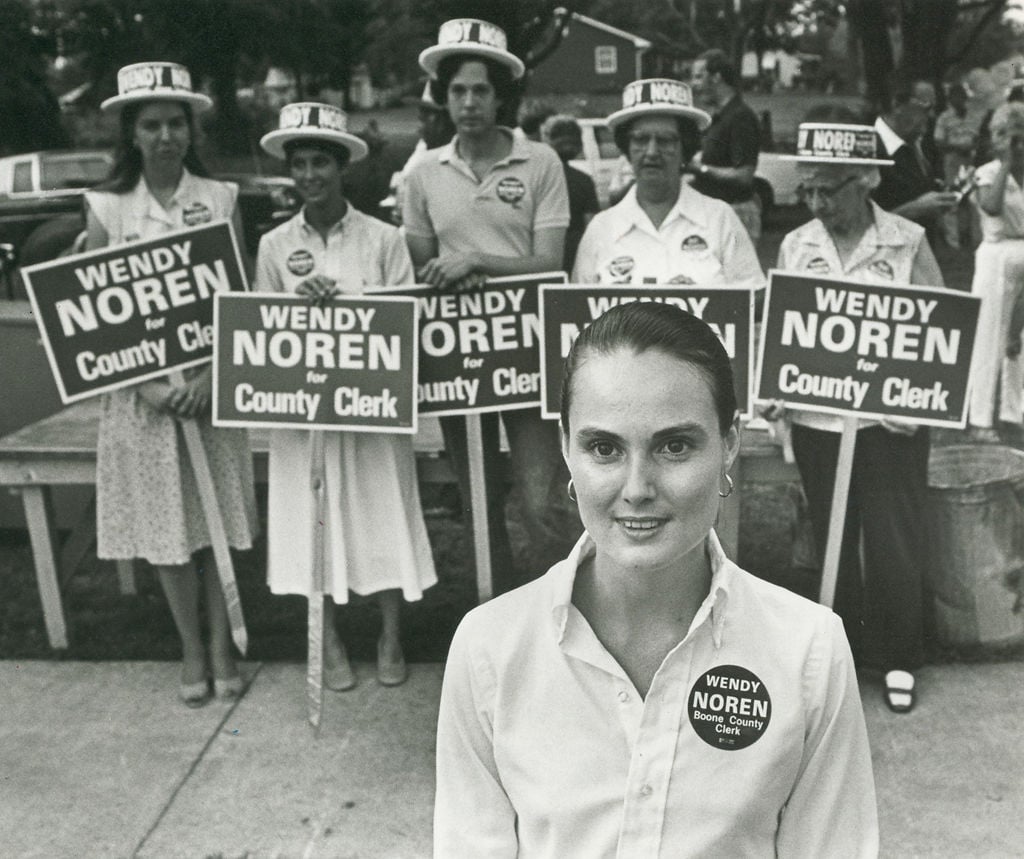 Wendy Noren is shown in this Aug. 1, 1982, file photo during her campaign for Boone County Clerk. Noren resigned on June 23, citing her declining health. 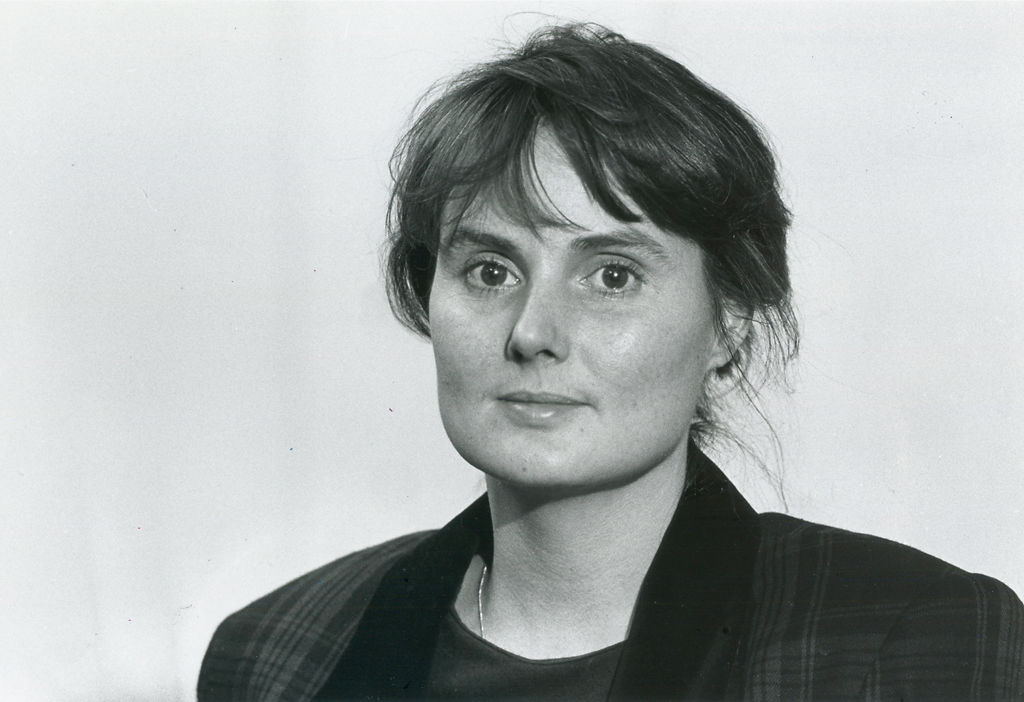 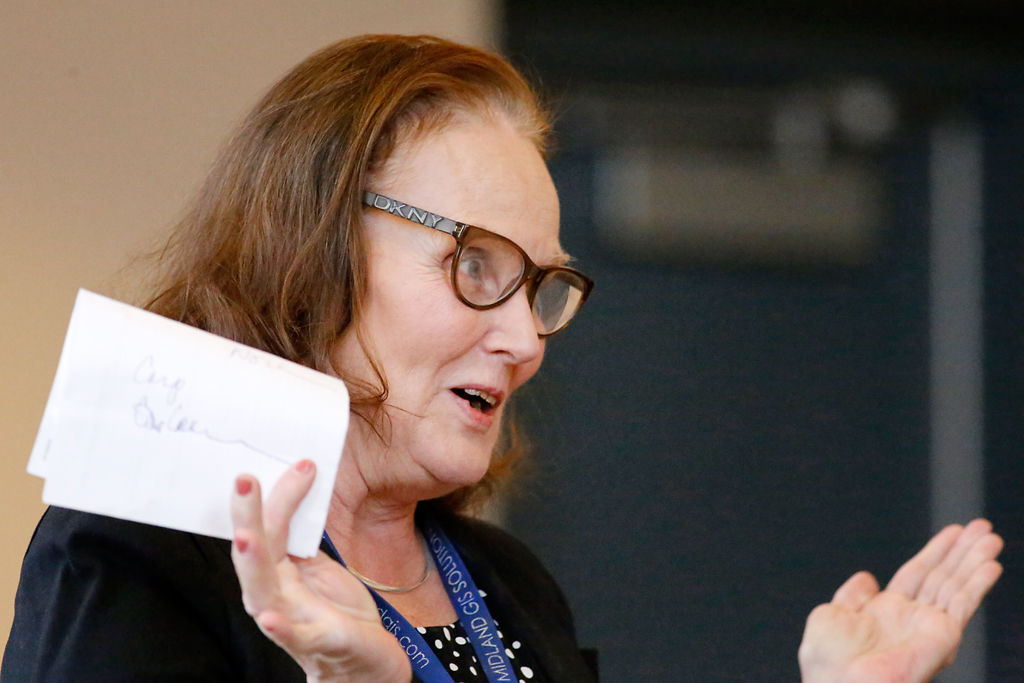 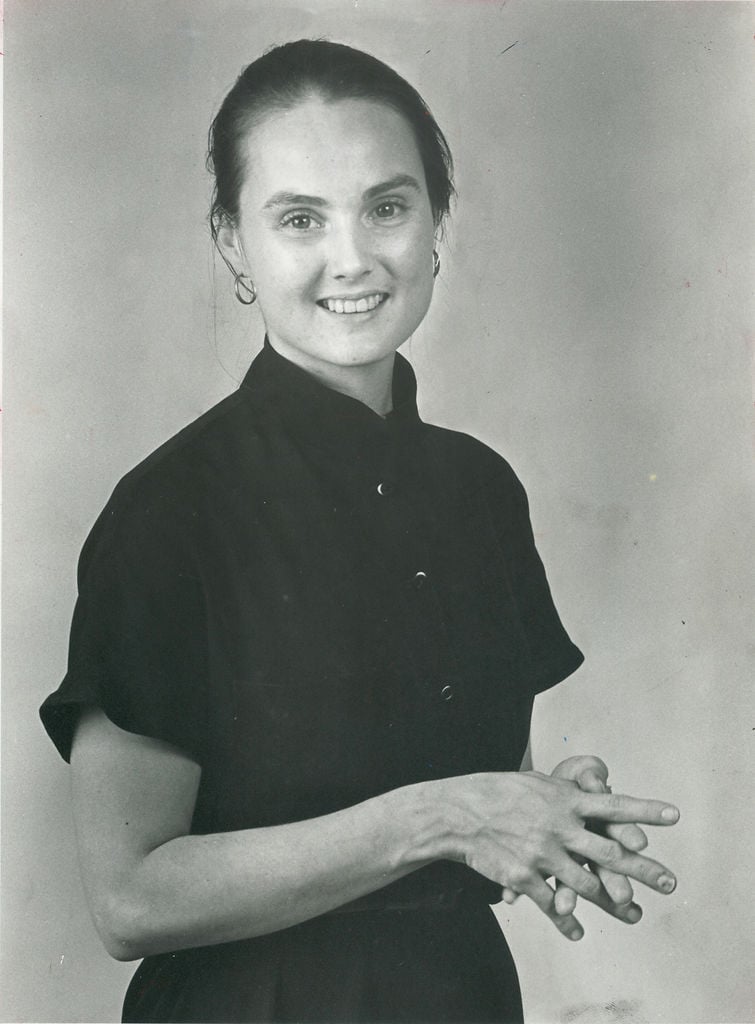 COLUMBIA — Boone County Clerk Wendy Noren resigned the position she has held for 35 years on Thursday.

Noren cited deteriorating health in a news release announcing that she had submitted her resignation to Gov. Eric Greitens. Her last day on the job will be June 23.

"It was by far the hardest task I have ever had to do in all my years as County Clerk," Noren said in the release.

Noren, who has been fighting cancer, said her health has declined rapidly in recent weeks and that no treatment options are available.

"To continue trying to do my job will only place an additional burden on my family, my staff, and the other elected officials," Noren said.

Former County Clerk Chris Kelly hired Noren as deputy county clerk in 1978. Noren was elected to succeed Kelly in 1982 and has since won re-election eight times. After her first bid, she drew an opponent only once, in 1998.

"Few people get the chance to spend their entire career doing meaningful work that allows them to accomplish so much," Noren said. "With the generous support of the people of this county I have been lucky to have that opportunity."

Kelly, who went on to serve several terms as a representative in the Missouri House, as an associate circuit judge and as chairman of the state Labor and Industrial Relations Board, said Noren was a role model in her capacity as a public official for those in Boone County and around the world, including overseas elections.

Noren served as an international election observer in Albania in 1997 and in Bosnia in 2001.

"People would call her from all over the country," Kelly said. "The best thing I ever did as county clerk was hire her."

Kelly recalled a time when no one in the office knew how to make the new punch card machine work, and Noren taught herself how to program the computers.

"That's not an easy thing. She's always been a leader," Kelly said.

Noren is widely known as one of the country's foremost elections experts. She served as legislative chair for Missouri County Clerks and Election Authorities and has been a leader in election law reform.

"After the 2000 election exposed many weaknesses in the election process, I was privileged to be a part of the first national effort to reform election administration," Noren said.

In 2004, then-Boone County Southern District Commissioner and National Association of Counties President Karen Miller appointed Noren to be a representative to the association's advisory board to the U.S. Election Assistance Commission. She has been reappointed to that board every two years since.

Miller said Thursday that the news was too painful for her to comment yet.

Auer recalled last year when the March presidential primary and the April municipal election were only three weeks apart. Since the elections were so close together they were essentially running concurrently, he said. For a period of about three weeks there were two sets of ballots. Prepping for the next election while conducting absentee balloting and having to turn equipment around was difficult.

"We came through it just fine. That was a great example of Wendy's innovation," Auer said. "It was a good experience, and everything was just fine. It always was, it always has been."

Noren in 2007 took it upon herself to develop software that enabled Boone County to join a statewide voter registration database that was required by the federal government. Although the state had offered software at a cost of $150,000, Noren saved the taxpayers nearly $125,000 by using her own software. The incident sparked a public spat with then-Secretary of State Robin Carnahan.

And in 2008, Noren hosted a pair of international election experts — one from Canada and one from South Africa — who came to learn about her techniques for conducting elections. That visit was arranged by Global Exchange, a San Francisco-based organization for human rights.

"We're not going to Boone because we expect problems there," then-Global Exchange spokesman Jason Mark said at the time. "We're going to Boone for the opposite reason."

Noren said in her release that she strove to keep Boone County in the lead on election methods.

"I have constantly tried to keep Boone County as an early adopter of technology that improved ability of voters to register to vote, to be informed about elections and to cast their ballot in a secure way," Noren said. "I am proud of these and the many other achievements my office accomplished over the years. This could never have been done without an outstanding staff and thousands of dedicated poll workers who have served with me."

Dan Fischbach, a Republican who in 1998 made the only bid to unseat Noren, said Thursday that he knew at the time he wouldn't succeed.

Fischbach was new to Columbia but decided to run against Noren because he felt her work for candidates' campaigns was a conflict of interest as the county's top election official. He noted that "to Wendy's credit," she stopped working for campaign committees after that election.

Fischbach didn't recall any vitriol between him and Noren during the campaign. He called her "a very conscientious county clerk" and said he has worked as a precinct election judge under her in almost every election since 1998.

"She was a stickler for following the rules, and I think she did a very credible job," Fischbach said.

Noren expressed gratitude to all the county officials she has worked with over the years but singled out Kelly, former Recorder of Deeds Bettie Johnson, former County Treasurer Kay Murray and "my favorite Republican David Horner," a former county commissioner.

"I shall end this by expressing my gratitude to the voters of this county for giving me the honor to serve as Boone County Clerk," Noren said.

Auer, who declined to comment on whether he would like the interim clerk's position, said the office obviously won't be the same without Noren.

"Words are hard. We're going to miss her," Auer said. "The institutional knowledge she holds is just immense. She won't be there for us to turn to for advice or suggestions. That's what we're going to miss a lot.

"She's always been there."

The resignation of Wendy Noren and retirement of Christine Carpenter create voids in Boone County government.