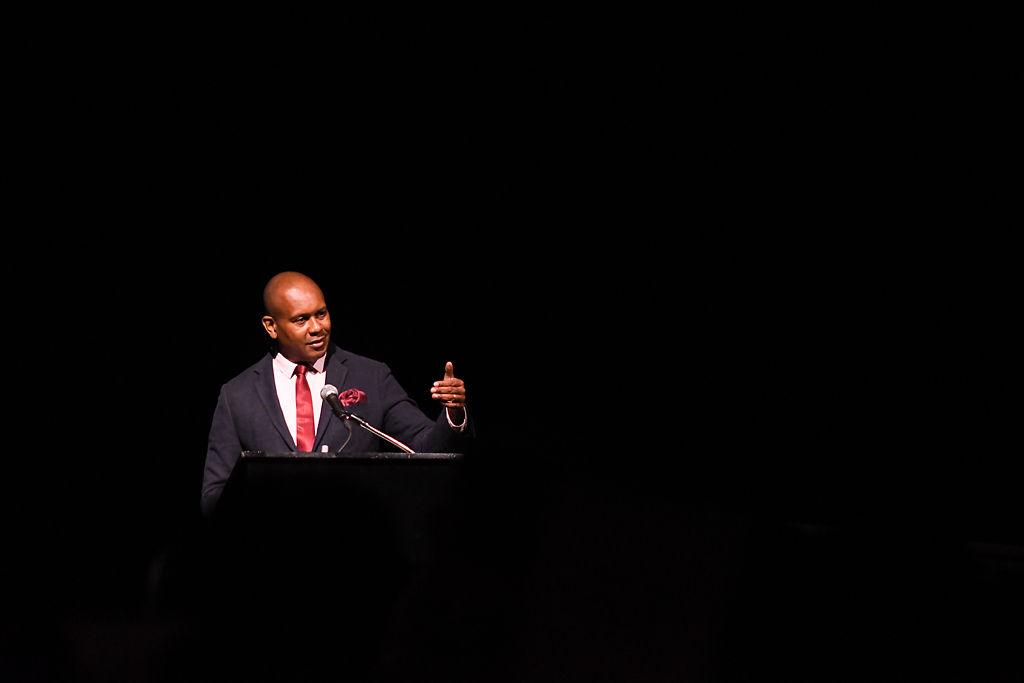 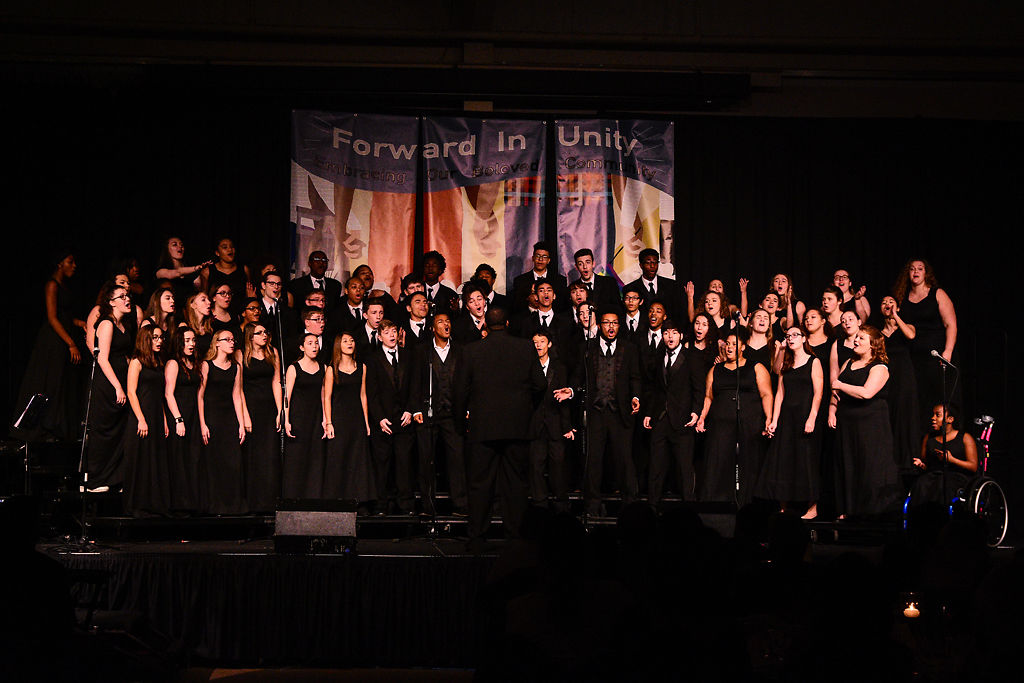 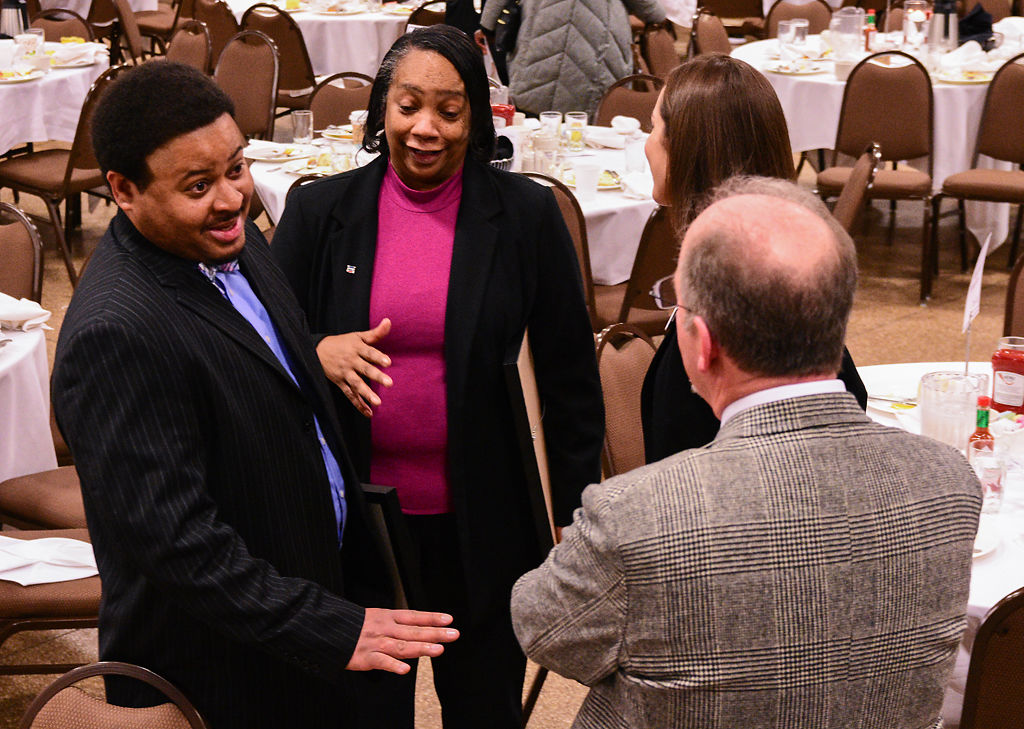 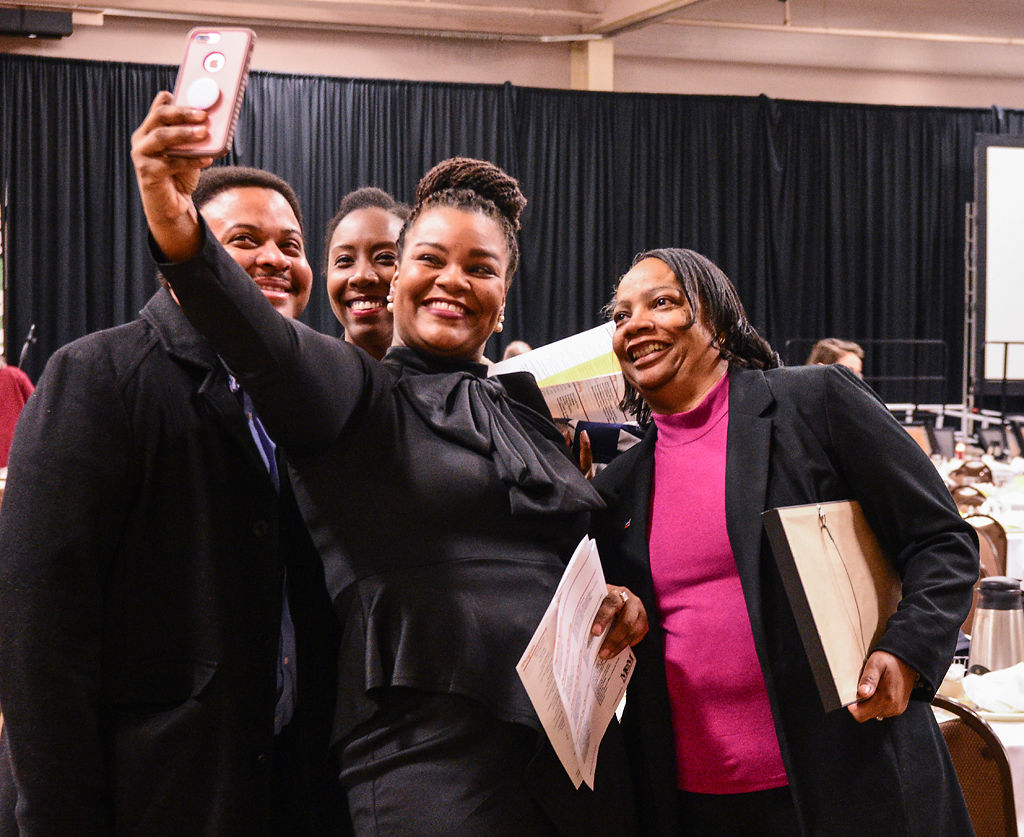 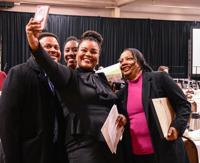 At the front of the convention room in the Holiday Inn Executive Center hung three large banners adorned in paintings of a flowering dogwood — Missouri’s official state tree — and people holding hands. The banners symbolized this year’s theme for the event: “Forward in Unity, Embracing Our Beloved Community.”

The awards honor those in the community who exemplify the values and teachings of Martin Luther King Jr. and promote diversity and cultural understanding in the community. More than 1,000 people gathered for the sold-out event to celebrate those being honored.

Columbia Mayor Brian Treece presented the awards. to those who were being honored.

The individual award was presented to two co-winners, Brian Jones and Stayce Smith. Both Jones and Smith work for Shelter Insurance and are trained diversity and inclusion facilitators.

Jones is the first manager of diversity and inclusion for Shelter Insurance and is a member of the city’s Human Rights Commission. Jones is most proud of the work he’s done with minority-owned businesses, including providing a venue and getting them connected and recognized.

She has worked for a number of organizations including the Human Rights Commission and represented Columbia in the Diversity Awareness Partnership in St. Louis.

Veterans United Home Loans was honored with the group award. Veterans United works to support local organizations that promote diversity and cultural understanding, including the Sharp End Project and the Diversity Awareness Partnership.

Veterans United focuses on providing its employees with opportunities to get involved and volunteer within the community.

The announcement of the winners was followed up by a keynote address given by author and humanitarian Kevin Powell. Powell closed the program by discussing an array of social justice issues, including racism, sexism and homophobia.

Powell addressed the importance of the creation of the Black Panther comics in the 1960s and the impact it had on the black community. Powell also spoke about #MeToomovement, the explosive movement to raise awareness about and fight sexual harassment and violence.

Powell used his speech to emphasize the power in loving one another and the importance of inclusion and diversity.