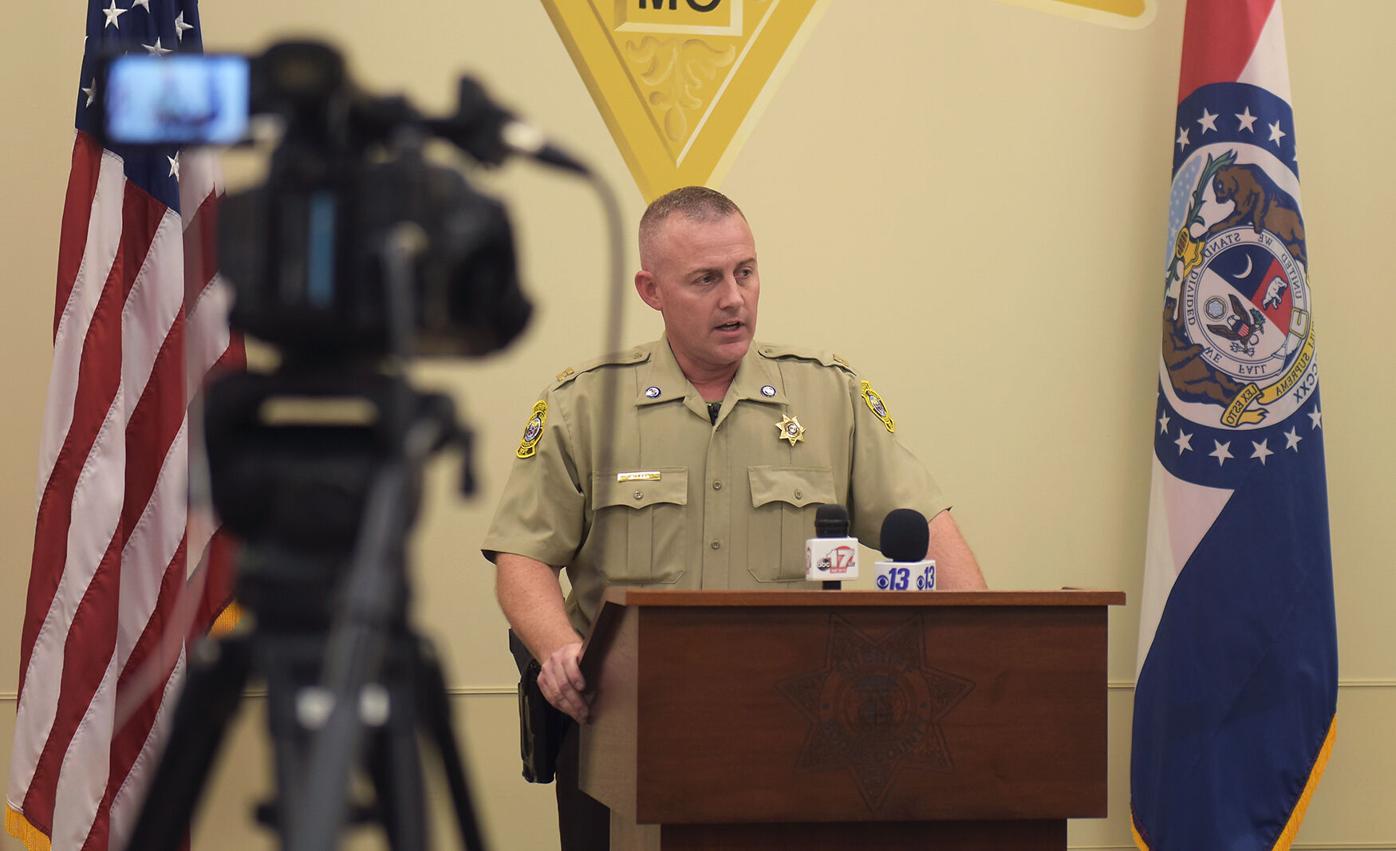 Capt. Brian Leer talks Thursday during a press conference at the Boone County Sheriff’s Department in Columbia. During the conference, Leer addressed the discovery of JT McLean’s body in South Dakota.

A screenshot of a Facebook Live video shows the scene where Union County Sheriff's Department found a truck with JT McLean deceased inside. The video was posted by Siouxland Scanner. 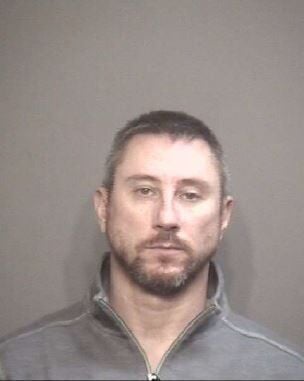 Capt. Brian Leer talks Thursday during a press conference at the Boone County Sheriff’s Department in Columbia. During the conference, Leer addressed the discovery of JT McLean’s body in South Dakota.

A screenshot of a Facebook Live video shows the scene where Union County Sheriff's Department found a truck with JT McLean deceased inside. The video was posted by Siouxland Scanner.

The man accused of killing a Boone County mother and her daughter was found dead in South Dakota late Wednesday after officials believe he killed a Miller County couple.

A drone was used to confirm that JT McLean had shot himself while parked at a motel. Officials used the navigation device in his stolen truck to track him down, ending a 15-day manhunt.

He had been charged with the murders of Allison Abitz and her daughter, Jozee. They were found Aug. 22 in their Boone County home south of Columbia.

The Sheriff’s Department identified McLean as Allison’s longterm boyfriend, and law enforcement officials from multiple agencies had been looking for him for 15 days.

After McLean, 45, was found around 9:30 p.m. Wednesday, the Union County Sheriff’s Department announced he was also connected to two additional homicides in Miller County, Missouri. They were later identified as Daniel Stephan, 74, and Pamela Stephan, 64, a couple who lived in the unincorporated town of Kaiser.

In a news conference Thursday afternoon, Capt. Brian Leer of the Boone County Sheriff’s Department said the Stephans were related to one of McLean’s former wives.

“This was concerning as we learned relatives of the Miller County victims were also somewhere in the greater Sioux City area and could be in danger,” Leer said during the news conference.

Law enforcement was able to contact them and move them to a safe location, he said.

McLean was found in a truck that was apparently stolen from the Miller County couple. Leer said after getting a lead from a source, law enforcement confirmed McLean had been traveling by a dark-colored motorcycle earlier this week. The motorcycle was not titled or registered in his name, but was found outside the Stephans’ home.

OnStar, a navigation and security system in the truck, helped deputies locate it in a Country Inn and Suites parking lot in Dakota Dunes, a community close to Sioux City, Iowa.

A drone was then deployed over the truck, and McLean was found dead by gunshot wound. The same gun is being investigated in connection to the deaths in Miller County, Leer said.

Around 10:30 a.m. Thursday, the Miller County Sheriff’s Department put out a new release stating they went to the Stephan home on Highway D when they received a worried alert about the couple’s wellbeing.

A longtime neighbor of the Stephans said she feels at a loss in light of the incident. She said they were wonderful neighbors and volunteered in the community.

“They were the kind of people if you had a need and called them, they were there.”

The Stephans were identified as the victims, and the Boone County Sheriff’s Department confirmed that they were related to one of McLean’s ex wives. The Columbia Missourian found divorce records for at least two ex wives. McLean’s brother, Steven Nagy, told the Missourian that McLean had been married to a woman in Minnesota. Court records confirm that they were married from 2004 to 2011.

In 2016, McLean was divorced from another woman, according to court records. The ex-wife then filed for custody of a child who was born in 2012. His ex-wife believed that he used emotional tactics endangering the mental wellbeing of the child. She noted in the court documents that McLean used verbal threats of violence against her and her boyfriend.

McLean had stalking charges filed against him. He pleaded guilty to a violation of an order of protection in early 2021 filed by the second ex-wife.

The relationship between Allison Abitz and McLean was believed to have begun in 2017. She lived in Columbia but taught second grade in an elementary school in Fulton.

Allison’s close friend, Anna James-Diggs, had interacted with McLean on a few occasions. She said she did not know much about McLean.

“He always made me feel uneasy,” James-Diggs said.

She taught alongside Allison at the Tipton school district.

Leer said the investigation into the murders of Allison and Jozee is still ongoing.

Nick Catlin of KOMU and Brooke Muckerman of the Missourian contributed to this report.

Where to find resources

If you or someone you know is experiencing intimate partner violence, help is available through these resources:

If you or someone you know is thinking of suicide, help is available through these resources:

The motorcycle is not titled or registered in McLean's name. The make, model and type are unknown at this time.