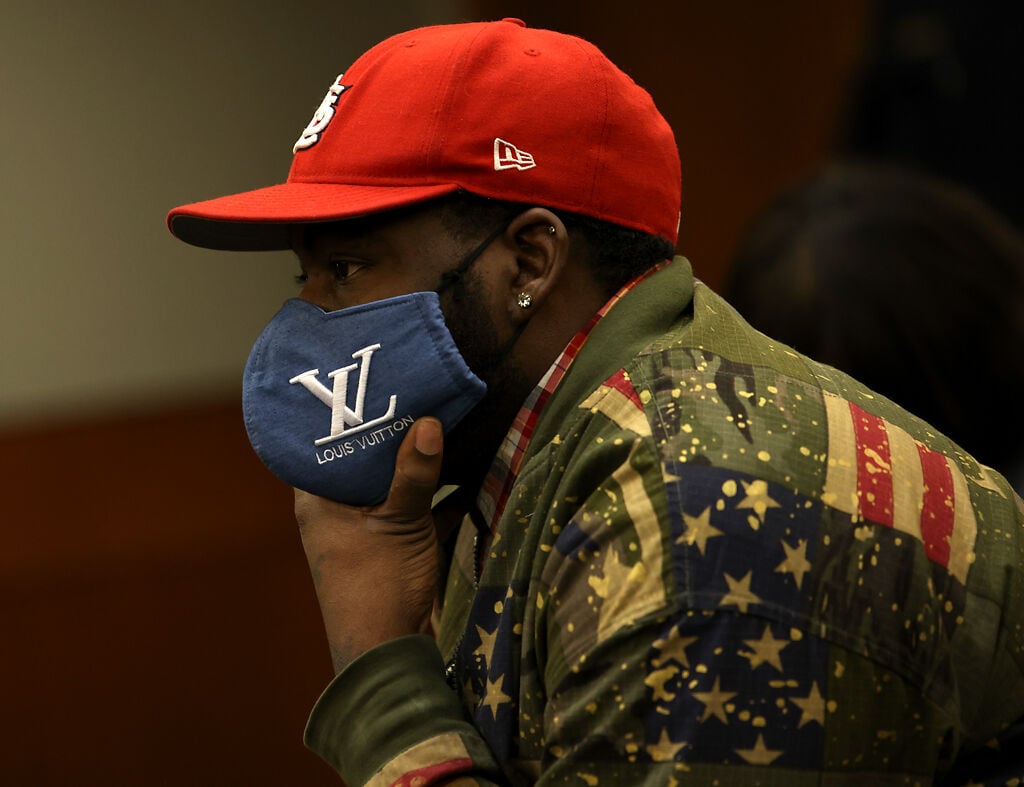 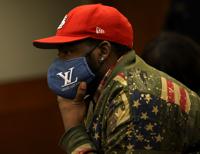 Roy Lovelady listens as members of the Columbia City Council debate the decision to ban chokeholds Tuesday in Columbia. Lovelady spoke to the council, saying, "we have a system of police policing themselves. How can I trust the system is going to work for me?" 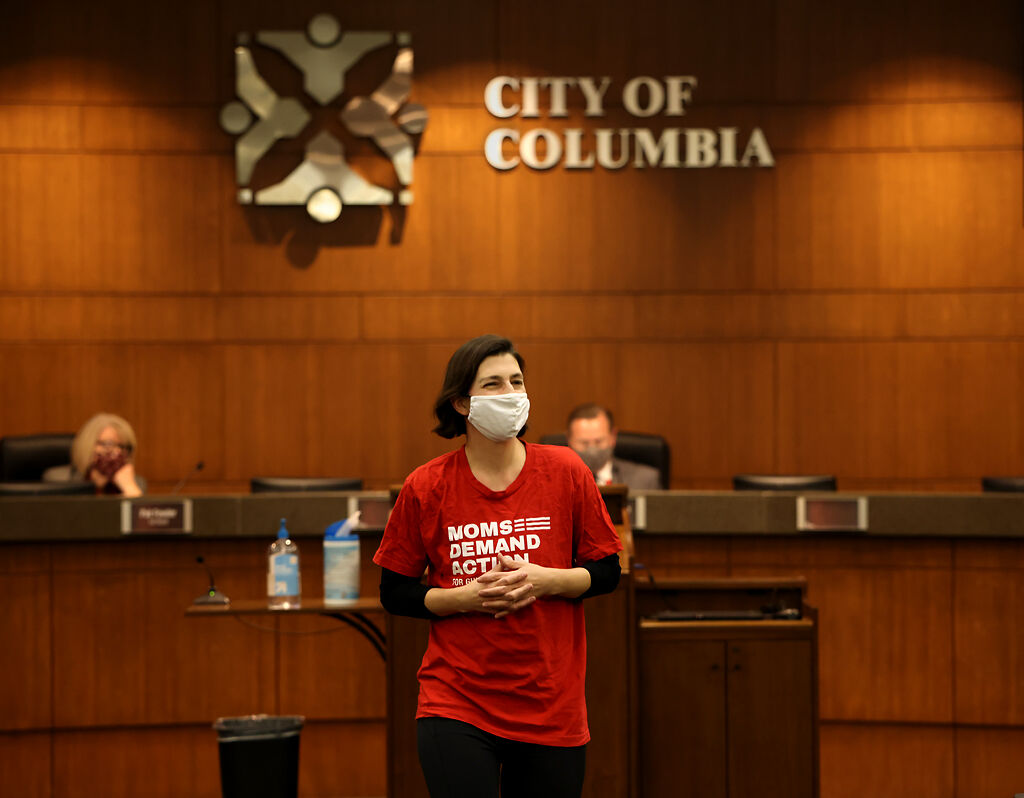 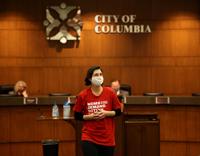 Rose Metro leaves the podium after speaking to the Columbia City Council on Tuesday in Columbia. Metro spoke about gun safety in Columbia. "When we have better trust between police and the community, we will be more successful in fighting gun violence," Metro said. 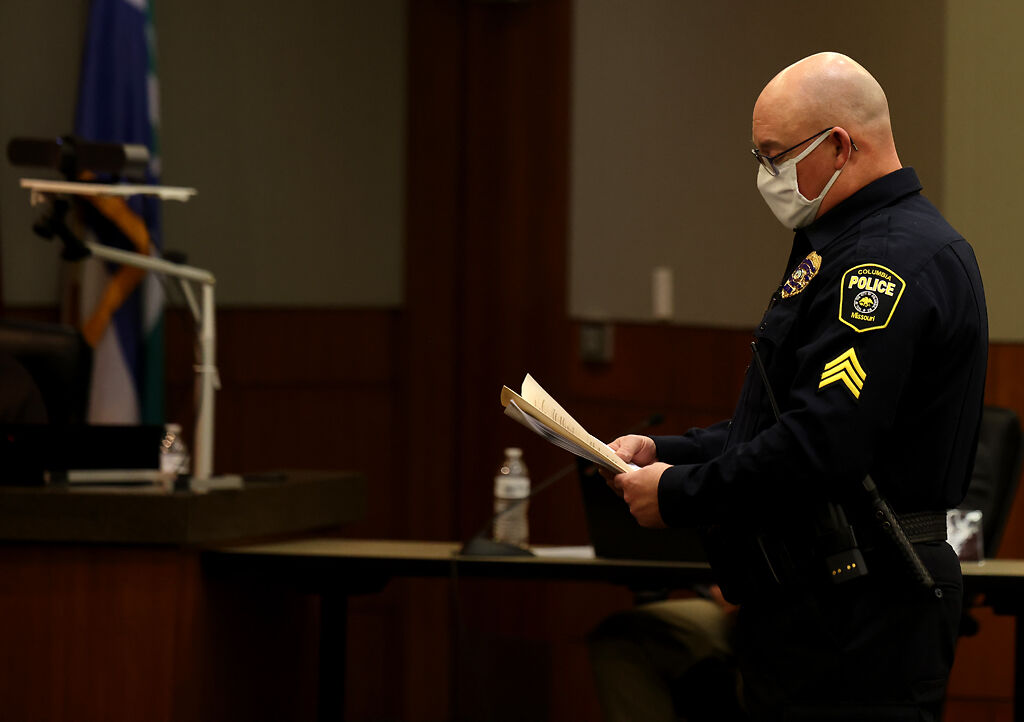 Roy Lovelady listens as members of the Columbia City Council debate the decision to ban chokeholds Tuesday in Columbia. Lovelady spoke to the council, saying, "we have a system of police policing themselves. How can I trust the system is going to work for me?"

Rose Metro leaves the podium after speaking to the Columbia City Council on Tuesday in Columbia. Metro spoke about gun safety in Columbia. "When we have better trust between police and the community, we will be more successful in fighting gun violence," Metro said.

After a lengthy discussion, the Columbia City Council voted 5-2 against passing an ordinance to ban neck restraints at its regular meeting Tuesday night.

The Columbia Police Department prohibits neck restraints through its use of force policy, except in situations that would warrant deadly force where officers have no other options.

The ordinance would have gotten rid of this exception.

Neck restraints came under national scrutiny in May after a Minneapolis police officer killed George Floyd by kneeling on his neck for nearly 9 minutes. Cities and states across the country have since banned the practice, and council members referenced the incident several times Tuesday night.

The Columbia Police Department’s policy was in line with many departments’ bans across the country, City Counselor Nancy Thompson said at the meeting.

The Police Department prohibits officers from using neck restraints unless they are in a situation that calls for deadly force and they have no other reasonable means to stop the threat, according to the CPD Policy and Procedure Manual.

However, some community members wanted more. There were calls for an outright ban on neck restraints, with no exceptions.

Roy Lovelady, a member of People’s Defense, raised concerns at Tuesday’s meeting about deescalation policies, lethal force and how complaints are filed.

He said he has experienced officers escalating situations like traffic stops, so he worried about their ability to deescalate in more tense scenarios that might lead to lethal force.

Lovelady also worried officers might use a different type of lethal force, such as a gun, if they weren’t able to use a neck restraint. Either way, he said there was a problem, especially from his perspective as a Black man.

“So, if you ban it, then we go straight to the gun. If we don’t ban it, the loophole is still present,” Lovelady said. “How much training will actually go into a chokehold that (officers) are not going to use?”

Rose Metro, a member of Moms Demand Action, used New Jersey’s broad bans on lethal force as an example of what she wanted to see in Columbia. She suggested talking to citizens about their experiences.

“I think it’s important that we do a similar process where we bring all the stakeholders to the table and really talk about how force is being used, whether it’s happening according to policy or not, and have a broad discussion,” Metro said.

There have been no reported deaths in Columbia that were caused by an officer using a neck restraint.

Generally, police officers should attempt to deescalate a situation before using any type of force, according to the CPD Policy and Procedure Manual. If deescalation doesn’t work, officers can move to less lethal shows of force.

Officers are only allowed to use deadly force if a person presents an imminent threat to the safety of the officer or anyone else.

Council members disagreed on the matter. Police Chief Geoff Jones said he felt the current policy was superior to the ordinance in its effectiveness.

In the heat of the moment, he said, officers would likely care less about breaking a city ordinance than protecting themselves and others.

Some council members, including Mayor Brian Treece, agreed. Treece said he felt the policy, combined with training, would be clearer to officers.

“There has to be some way that we validate the experiences of our Black and brown citizens ... and the fears they feel when they encounter our Police Department,” Fowler said.

Second Ward Councilperson Mike Trapp said he agreed with Fowler, but he didn’t want to support an ordinance that seemed to be mostly symbolic because of the city’s low enforcement ability.

Breaking the ordinance would have led to a potential court hearing, whereas breaking the policy would lead to an internal review, Thompson said.

After suggestions at the Oct. 21 City Council meeting, along with new and revised standards from the Commission on Accreditation for Law Enforcement Agencies, the police department revised parts of its policy regarding use of force.

Specifically, it separated the two different types of neck restraints and defined them both as deadly force.

For transparency, it added a section requiring any further revisions to be sent to the city manager and council members for approval, public notice or addition to the council’s agenda.

For the most part, council members were pleased with the changes in policy.

At the meeting, the council also heard an update on COVID-19 from Columbia/Boone County Public Health and Human Services Director Stephanie Browning.

She said Boone County’s vaccinations were hindered by a lack of supply. The county is nearing the end of Phase 1A, which includes health care workers and long-term care facility employees and residents.

The department is working through 975 doses, but she said she’s not sure when the department or local hospitals will receive more. However, it is still working to figure out the logistics of large vaccination clinics.

Members of The Peoples Defense group protested outside of and spoke at the city council meeting Monday night.